Christmas is a time for sparks to fly and love to blossom, and it seems like that is certainly the case for Michaella McCollum.

With Christmas day almost upon us, one half of the infamous ‘Peru Two’, who hails from County Tyrone, Northern Ireland, was seen enjoying a spot of shopping with a mystery man at the Victoria Shopping Centre, Belfast.

This isn’t the first time the couple have been seen out and about together recently, with two festive outings already notched up this week.

The 24-year-old former model, who was jailed in 2013 for attempting to internationally smuggle drugs, giggled as she walked alongside her apparent new beau.

Michaella seemed to be splashing out too as she browsed in the high-end retail stores.

Wrapped up in a millennial pink coat and thick checked scarf, she wandered through the town in search of last-minute gifts.

The unknown man looked fondly at her as they strolled together, arm in arm. Earlier this week, Michaella was seen admiring a selection of engagement bands alongside her unknown companion. 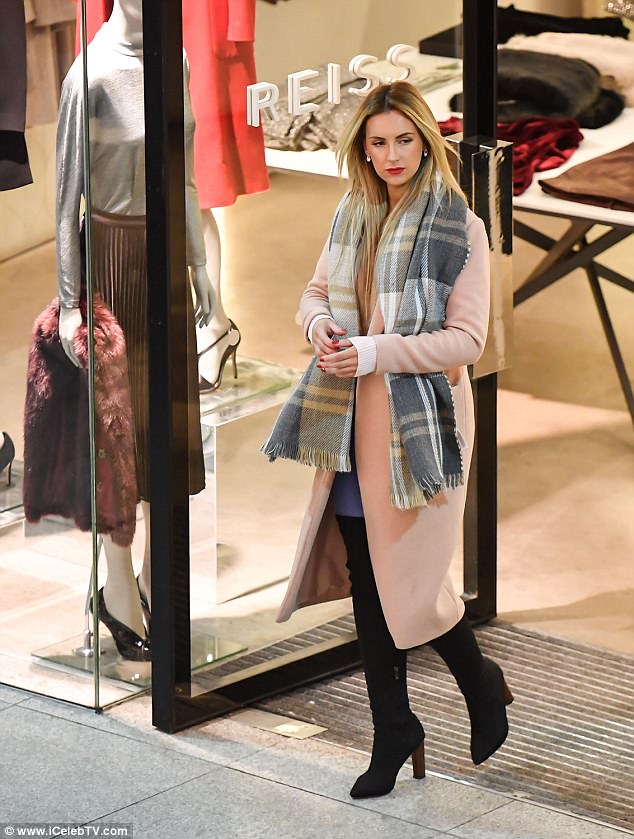 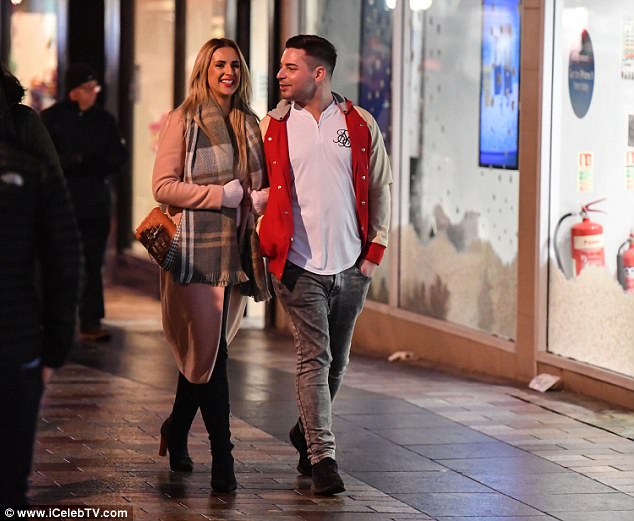 Festive strollin’: The couple cosied up as they wandered along the streets of the Northern Irish capital 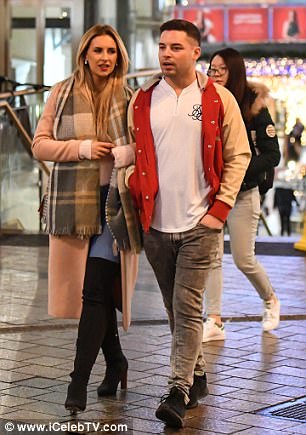 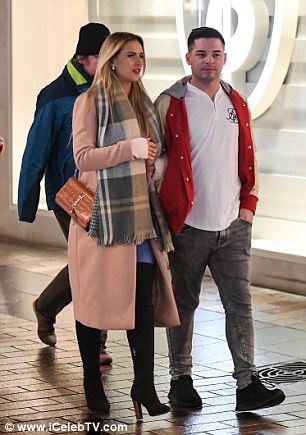 Earlier this week, Michaella was seen admiring a selection of engagement bands alongside her unknown companion

She looked stylish in a pair of knee-high suede heeled boots over the top of skinny blue jeans.

Getting into the festive spirit, she added a pop of red lipstick and a pair of sparkly earrings.

It seemed that money was not an option for Michaella who mooched around designer stores, admiring the handbags. 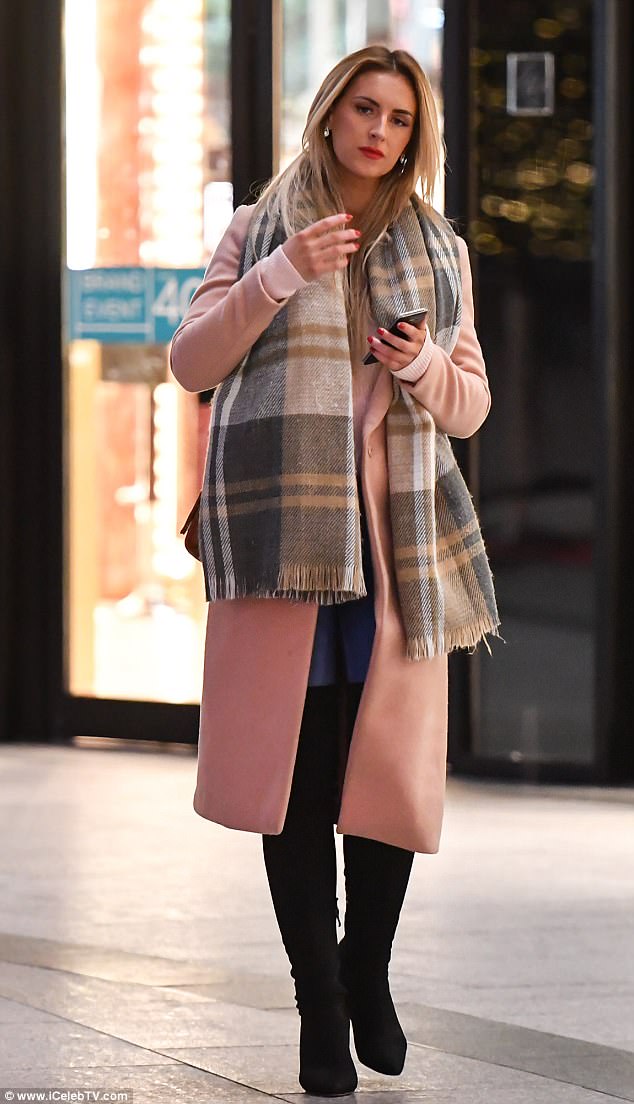 The pair were spotted out on Monday evening where they enjoyed dinner in a local restaurant in Belfast’s Cathedral Quarter.

The duo seemed to be getting along famously as they headed to the city’s Christmas market on Wednesday.

McCollum looked stylish in a pair of leather leggings which she paired with a matching jacket and a chic faux fur stole. 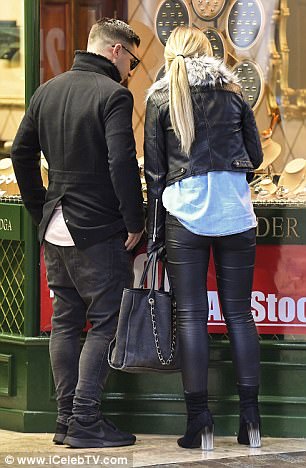 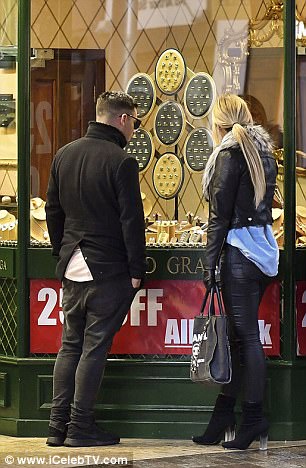 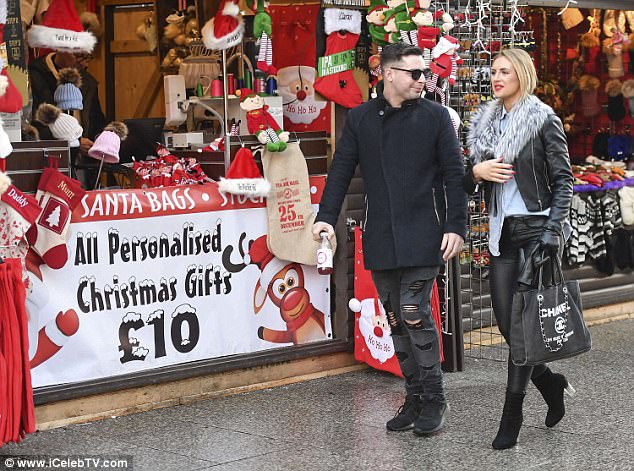 The duo, who were last seen enjoying dinner together on Monday, later visited the Christmas market in Belfast

The 24-year-old slipped into a pair of black suede boots with a quirky perspex heel and could be seen carrying a Chanel tote.

Her mysterious companion, meanwhile, opted for a pair of distressed denim jeans and added a pair of sunglasses to his trendy look.

After admiring the ring display in Margaret Forbes, where it is not clear whether they made a purchase, the pair took a stroll to the local Christmas market. 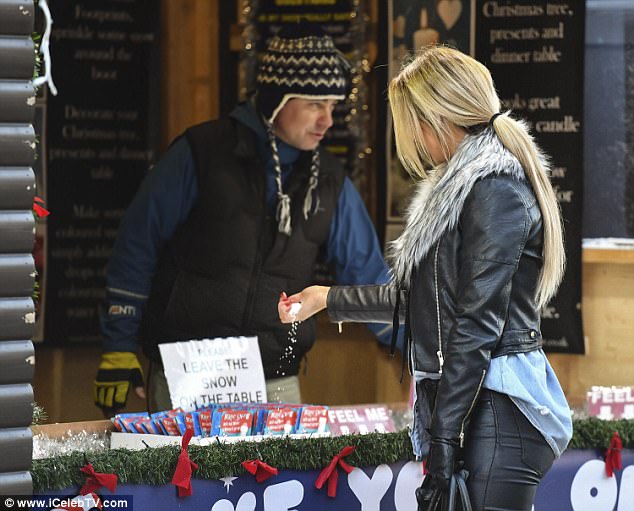 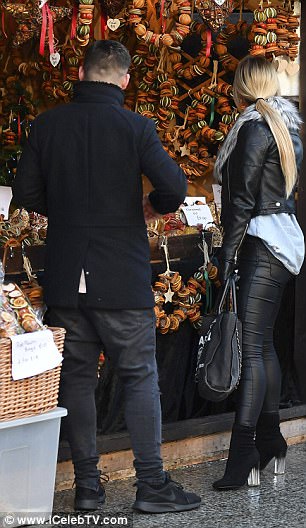 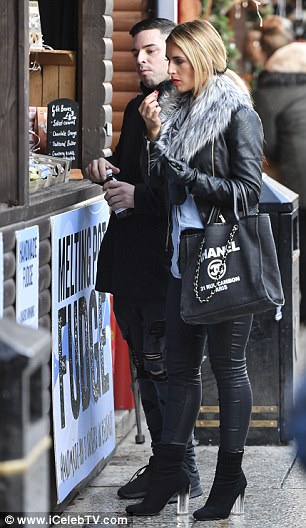 The pair could be seen admiring the products and several local stalls and McCollum even purchased a packet of fake snow.

Shortly after McCollum could be seen dropping a coin into a buskers guitar case as she made her way home from the market.

It seems that McCollum is well settled back into her Belfast home following her summer of jet-setting and has even returned to college. 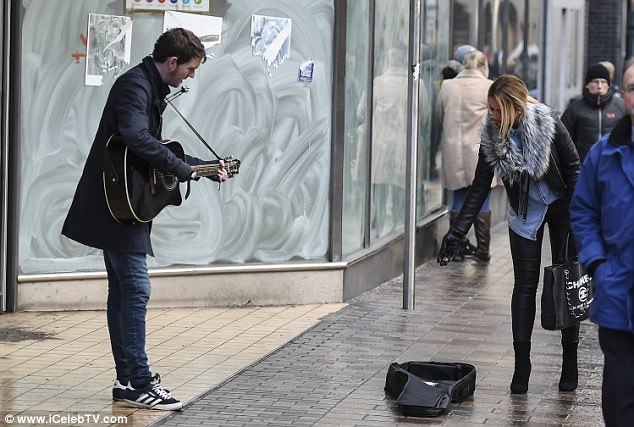 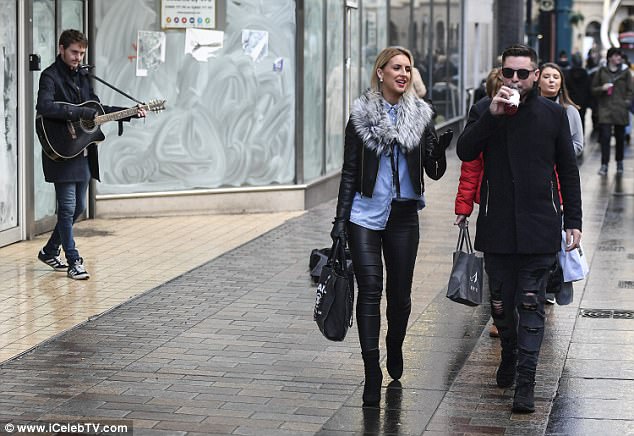 On Thursday she was spotted arriving at Millfield College in the city where she is studying Humanities & Social Science.

Over the last few months, Michaella has been spotted living it up in party centres Ibiza and Marbella enjoying sun, sea and cocktails.

How the former drugs smuggler has funded her holidays is unclear, but she has been linked to a number of potentially lucrative opportunities and was recently spotted outside HMP Liverpool where her agent said she was filming a prison documentary.

She was also spotted heading to a morning of meetings at the BBC back in September. Representatives for McCollum told the MailOnline that McCollum had visited the studios today for ‘meetings about upcoming projects’. 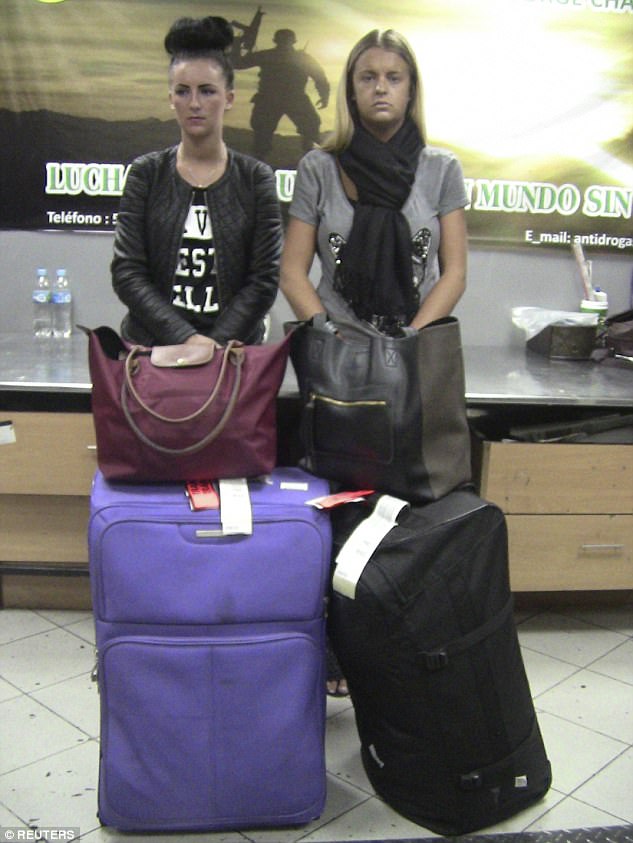 The jet-setter, who was jailed in Peru alongside Melissa Reid (right) in 2013 for trying to smuggle £1.5million’s worth of cocaine into Europe, has since enjoyed a string of holidays R

It has been reported that she has been offered a £250,000 tell all book deal detailing her criminal exploits and time behind bars in Lima.

Her jet-setting lifestyle is a stark contrast to former accomplice Melissa Reid, who has landed a charity job at Citizens Advice.

Reid applied for a job at the charity after she was released from the South American jail last June.

McCollum, by contrast, has been accused of capitalising on her notoriety, and in May it emerged she has signed with a talent agency.

The two were sentenced to spend six years and eight months inside a grim jail in Lima, after they were caught trying to smuggle the huge quantity of cocaine.

The ex-convict was released on parole last March after serving less than half of her sentence but initially had to stay in Peru, where she carried out voluntary work until August when she flew back to Belfast.