In a heartbreaking statement posted on his Edinburgh restaurant 21212’s social media platforms on Thursday, Katie wrote: ‘My love has gone. But what a love x’.

Paul’s cause of death has yet to be revealed.

In an email sent out to customers of their popular restaurant, Katie described Paul’s death as a ‘total shock’.

She wrote: ‘Dear friends, it is with heavy heart that I write to let you know that I’ve lost my love – Paul – who sadly passed away yesterday.

‘The death has come as a total shock to us at 21212 and we are trying to come to terms with the passing of a legend within our industry. 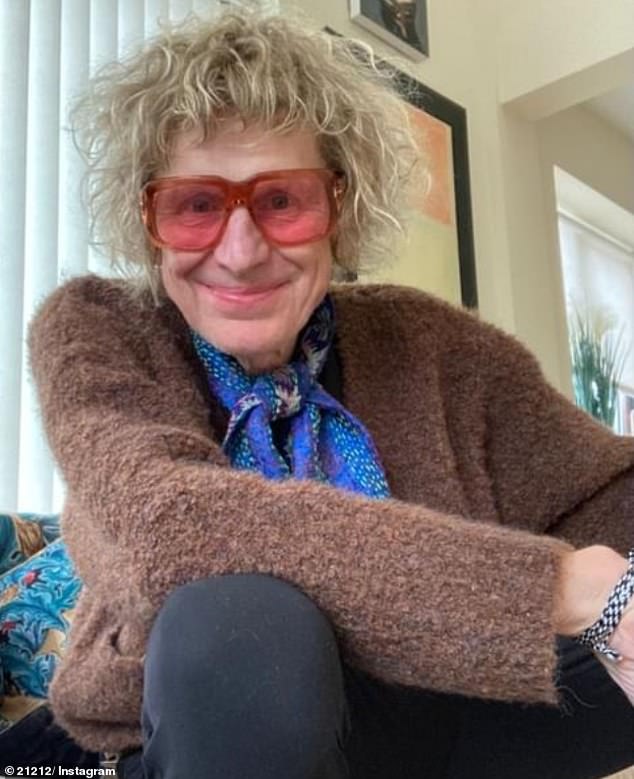 Devastating loss: In a heartbreaking statement posted on his Edinburgh restaurant 21212’s social media platforms, Katie wrote: ‘My love has gone. But what a love x’

‘Paul was an inspirational figure to everyone who ever had the pleasure of meeting him or working with him and we are all devastated.

Tributes have flooded in for the world-class chef from the culinary community.

Tom Kerridge commented a crying face emoji, while Elite Bistros restaurant group owner Gary Usher said on Twitter: ‘This is awful news I’m so so sorry. He was so kind to me when I needed an arm around me more than ever.’ 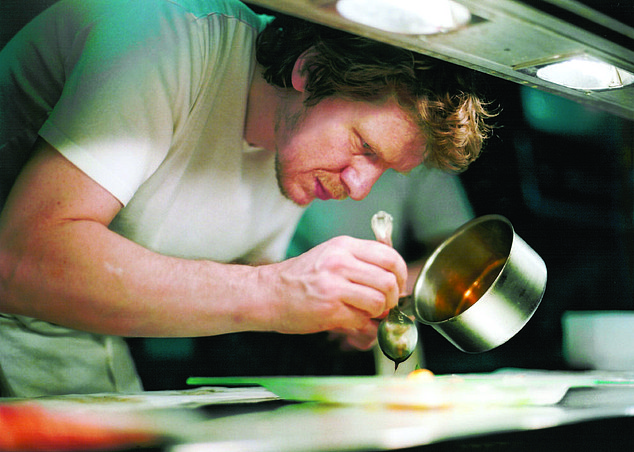 Talented: Paul created Juniper restaurant in Manchester and was awarded a Michelin star in 1997, which he retained for 11 years

Chef Shane Osborn added: ‘Such tragic news to hear the sudden death of the genius Paul Kitching. He was incredibly kind, generous and extremely talented.

‘The meal he cooked for me at Juniper some 20 years ago was one of best dining experiences of my life. His cooking and hospitality made people shine with joy.

‘Paul you will be missed by so many, thanks for all the great memories . My thoughts and deep condolences to Katie, his family and the team at 21212’s’.

Paul created Juniper restaurant in Manchester and was awarded a Michelin star in 1997, which he retained for 11 years.

As well as a Michelin star, the restaurant received numerous awards including best new restaurant in the UK, four AA rosettes and has been named Catering in Scotland’s Restaurant of the Year.

In a statement, the Michelin Guide described Paul as a ‘true maverick’.

‘Paul Kitching was kind, clever, hugely talented and infectiously enthusiastic. He was also a true maverick and his passion and creativity were evident in every dish he created. Our heartfelt sympathies go to Katie and all his family.’

Paul was also awarded the Prince Philip medal for services to the catering industry.

He’d been in the service industry for 35 years, and prior to working in restaurants, he had brief stints as a baker and a labourer.