Michelle and Malia Obama sweat at yoga in Hawaii

The Obama family are having fun and staying fit while on their tropical vacation to Hawaii this week.

Malia is seen sporting black and orange gym shorts with a matching tank top as she carries an exercise mat through the studio, which also appears to serve as a shop.

A smiling Michelle is pictured chatting with other yoga goers while wearing black tights and a tank top with a ball cap. 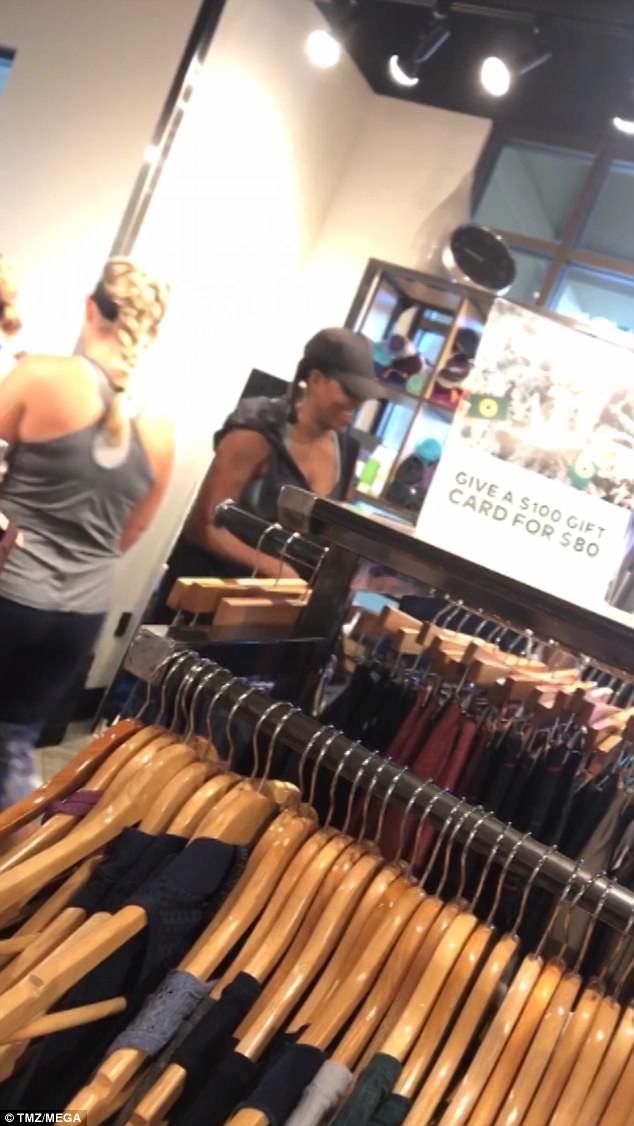 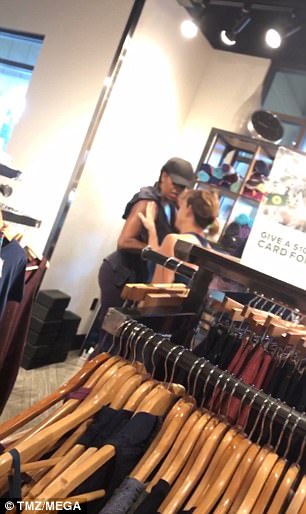 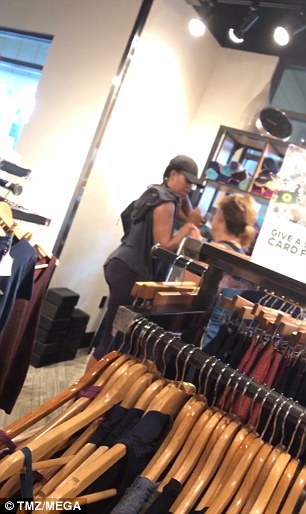 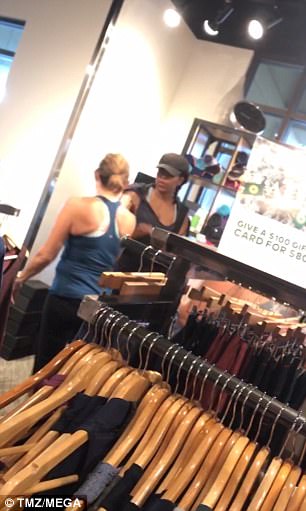 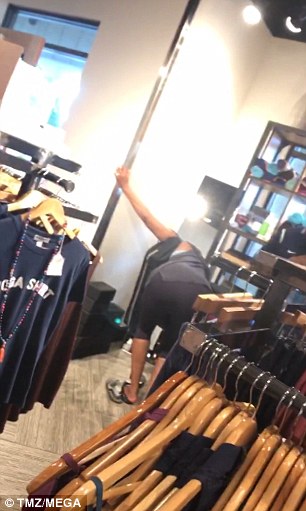 The youngest Obama, Sasha, and former President, Barack, did not appear to be in  attendance to the session.

Meanwhile, a video posted to social media shows Barack greeting locals and getting serenaded by them afterward.

Bells are heard ringing as he shakes several hands and says: ‘I hope you guys have a wonderful Christmas.’ 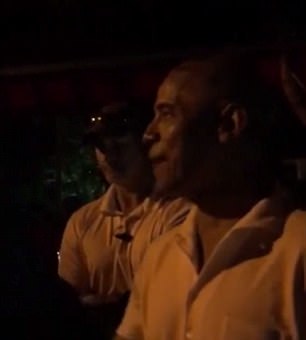 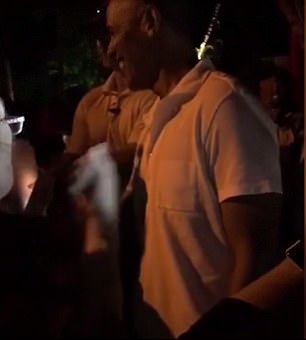 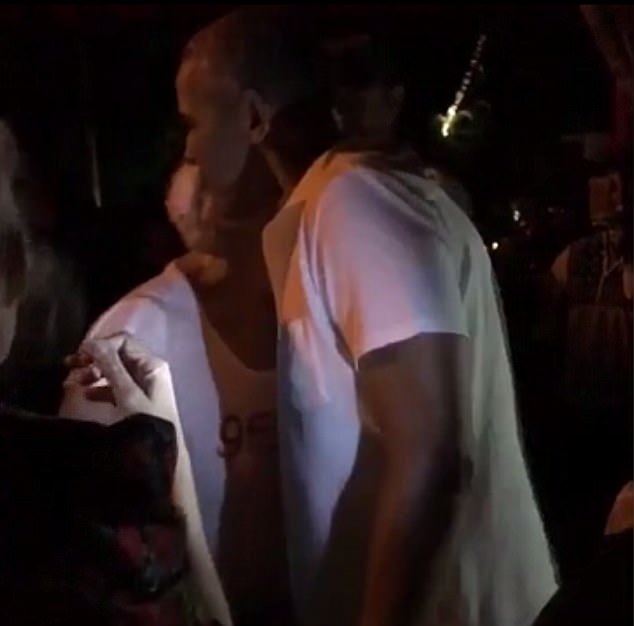 Bells are heard ringing as he is seen shaking several hands while saying, ‘I hope you guys have a wonderful Christmas’

As he walks away, the group begins singing cheerily, ‘We Wish You a Merry Christmas.’

Barack waves goodbye as the bunch shouts out once more with excitement over the run-in.

The video, posted Thursday morning, has been viewed nearly 27,000 times since.

One commenter wrote: ‘Meanwhile, in Hawaii, people are serenading and loving President Obama wherever he goes. Can you imagine Trump getting this reception anywhere on the planet?’ 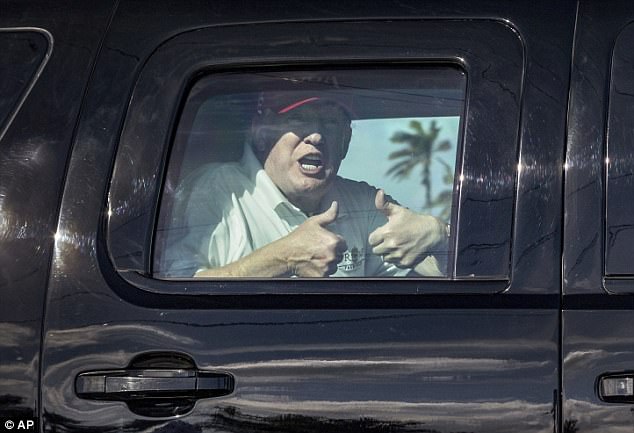 President Donald Trump gives two thumbs up from his motorcade heading to his Mar-a-Lago estate after spending the morning at Trump International Golf Club, Friday in West Palm Beach, Florida 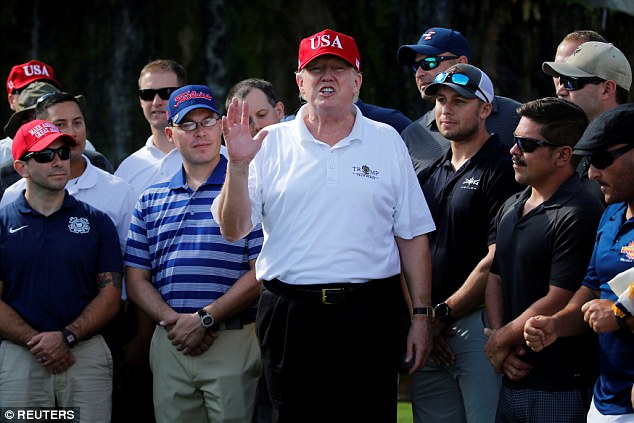 Trump delivers brief remarks as he plays host to members of the U.S. Coast Guard he invited to play golf at his golf dlub Friday

The Trump family also skipped the cold for Christmas – as the First Family spent the holiday at their lavish Palm Beach, Florida estate, Mar-a-Lago.

Friday makes it President Trump’s sixth day at the resort since his arrival before the holiday. It’s unclear when he plans to depart.

On Monday, he wrote to his personal Twitter account: ‘I hope everyone is having a great Christmas.’

‘Tomorrow it’s back to work in order to Make America Great Again (which is happening faster than anyone anticipated)!’