Former first lady Michelle Obama has said that she is in ‘total awe’ of young gun control activists from Florida who are taking their campaign to the highest echelons of government.

‘I’m in total awe of the extraordinary students in Florida,’ Obama tweeted Wednesday.

‘Like every movement for progress in our history, gun reform will take unyielding courage and endurance. But @barackobama and I believe in you, we’re proud of you, and we’re behind you every step of the way.’ 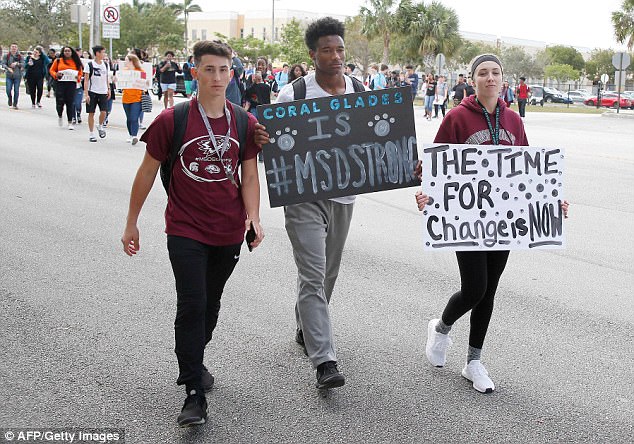 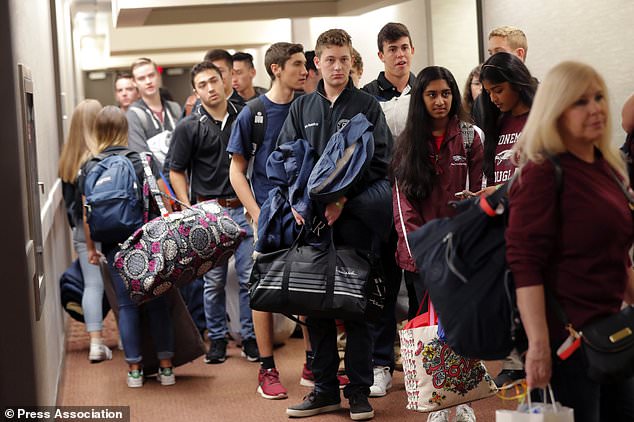 Student survivors from Marjory Stoneman Douglas High School in Parkland, Florida, prepare to load their bags on buses ahead of a journey to the state capitol Tallahassee to campaign for gun control 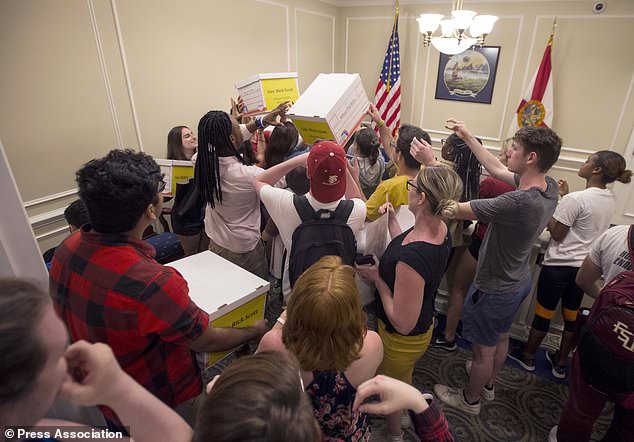 The normally staid Florida Statehouse filled with students, among them more than 100 survivors of the February 14 attack at Marjory Stoneman Douglas High School in Parkland

Her tweet comes about a week after Barack Obama expressed his grief over the Florida massacre and demanded ‘long overdue, common-sense gun safety laws that most Americans want’.

Last week at least 17 people were killed at the Parkland school in Florida, when an ex-student opened fire with an AR-15 assault rifle.

On Wednesday survivors of the shooting and their parents begged President Donald Trump to act on gun violence at a tearful listening session at the White House. 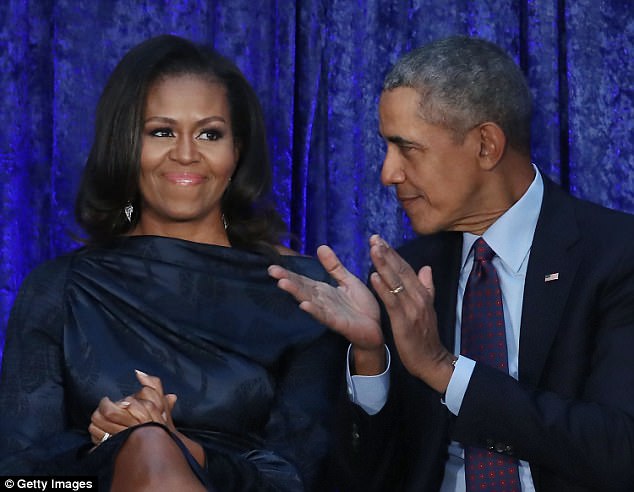 Michelle and Barack Obama have long campaigned for stronger gun control laws in the U.S. 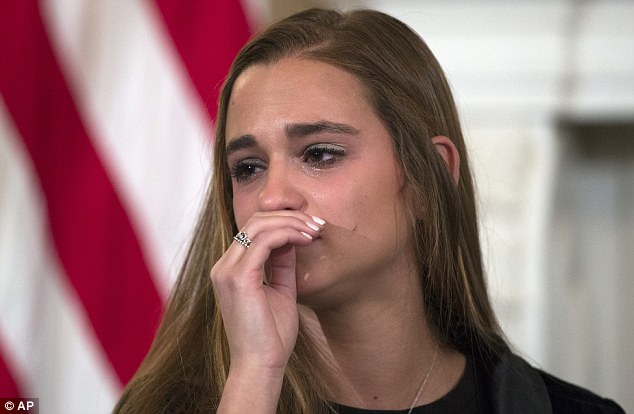 Student Julia Cordover (pictured) told President Trump Wednesday that his bump stocks ban is a ‘step in the right direction’ but more should be done. 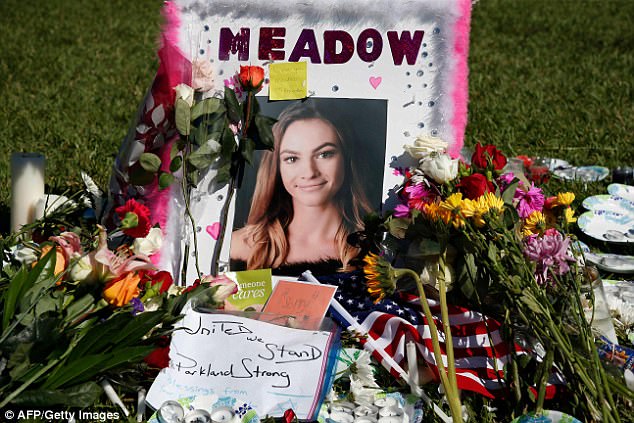 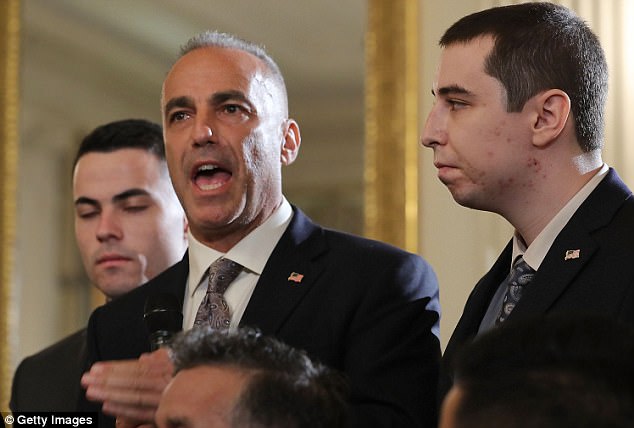 Parkland parent Andrew Pollack said that he was ‘pissed’ as he described his daughter Meadow’s horrific death to the President and other families present – she was shot nine times.

Many of the student survivors have become fierce advocates for gun control in the week since the shooting, demanding that state and national lawmakers work on gun laws.

They have appeared on national TV to exhort lawmakers to act and have organized and inspired rallies in Florida, Washington and across the nation.

The students have also had to rebuff criticisms of their stance from internet trolls and have had to fend off a host of conspiracy theories intended to negate their activism.

Michelle Obama has spoken out in favor of gun control before, Thehill.com reported. She said in 2013 that children living near her family’s home in Chicago wake up every day ‘and wonder whether they’re going to make it out of school alive’.

Former President Obama last week also offered his support for those impacted by the shooting.

‘Caring for our kids is our first job. And until we can honestly say that we’re doing enough to keep them safe from harm, including long overdue, common-sense gun safety laws that most Americans want, then we have to change,’ he tweeted one day after the Florida shooting.