Michelle Obama sobbed for 30 minutes after departing from Trump inauguration

Michelle Obama has movingly described breaking down in tears when she left President Donald Trump’s inauguration, in what was her first real emotional release after eight years as first lady.

Sitting alongside Oprah Winfrey during the first stop of her sold-out ‘Becoming’ tour on Tuesday evening in her home city of Chicago, Obama recounted the day her family moved out of the White House and President Donald Trump moved in.

However, she said those tears had nothing to do with her husband’s predecessor, Donald Trump.

‘I think it was just the release of eight years trying to do everything perfectly,’ she explained. ‘I said to Barack: “That was so hard, what we just did. That was so hard.”‘ 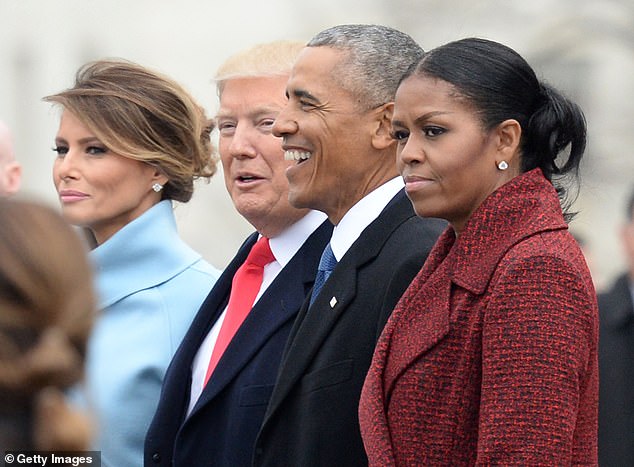 In her new memoir ‘Becoming’, Obama wrote about struggling to smile during the inauguration. She had not spoken about what happened after the event until Tuesday evening 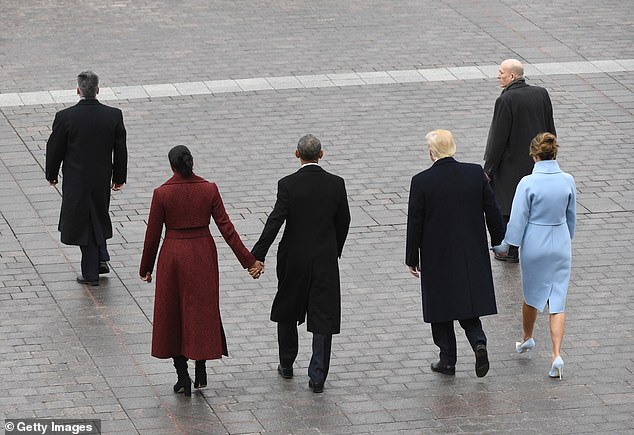 In her memoir ‘Becoming’, released Tuesday, Obama wrote that she gave up on trying to smile during Trump’s inauguration – which is evidenced be a number of photos from the day where she appears especially forlorn.

‘Someone from Barack’s administration might have said that the optics there were bad, that what the public saw didn’t reflect the President’s reality or ideals, but in this case, maybe it did,’ she wrote.

‘Realizing it, I made my own optic adjustment. I stopped even trying to smile.’

Obama steered clear of any direct Trump criticisms during the first night of her tour, focusing instead on stories from that were left out of the book. 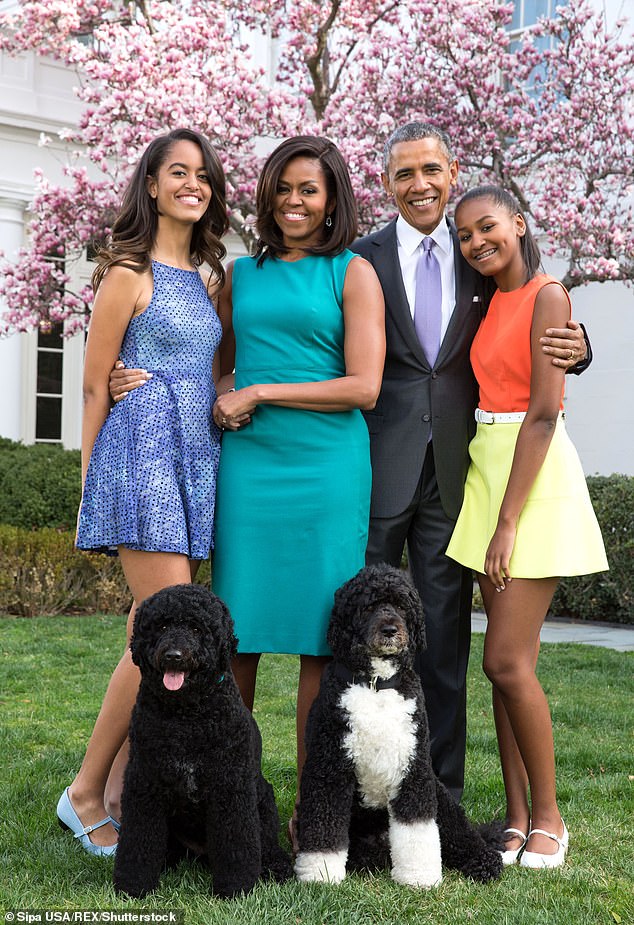 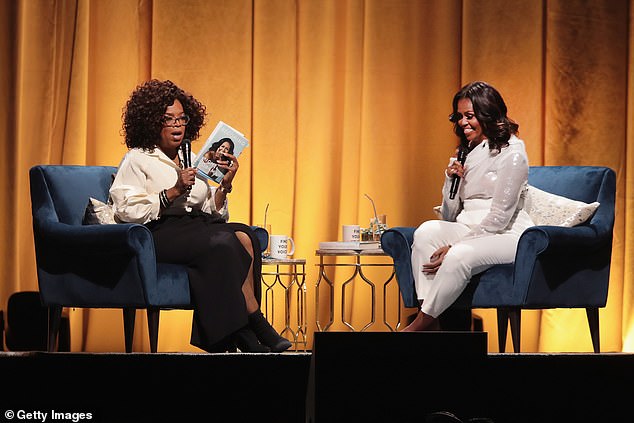 ‘Becoming’ describes Obama’s upbringing on Chicago’s South Side and her transition to college at Princeton University.

As she does in her book, she recounted Tuesday being raised in a family that struggled economically – but with parents who encouraged her to be successful.

When she was a child, she said her dad would complain to her mother that she wasn’t teaching her children how to wash socks, because he had had so few socks growing up that he had to wash them and dry them on a radiator himself.

‘My mom said: “I’m not teaching them how to wash their socks. I’m going to teach them to go to college, so they can buy a washing machine,”‘ Obama said Tuesday.

She also talked about learning how to play the piano on a rickety one and her surprise at seeing her first piano that was in good condition.

‘You mean there are perfect pianos out there?’ she recalled thinking. ‘I didn’t even know about it.’

The memoir, officially released Tuesday, is already a best-seller. It topped Amazon.com’s best-seller list throughout the weekend.

The tour that started in Chicago moves on to Los Angeles, Washington, Detroit, Paris and London, and other US cities. It ends next month in New York City.

Fourteen thousand people purchased tickets to Obama’s United Center appearance Tuesday night, with ticket prices ranging from just under $30 to hundreds or even thousands of dollars for VIP packages.

Although some fans have complained about the high cost, 10 percent of tickets costs are being donated to local charities, schools and community groups. 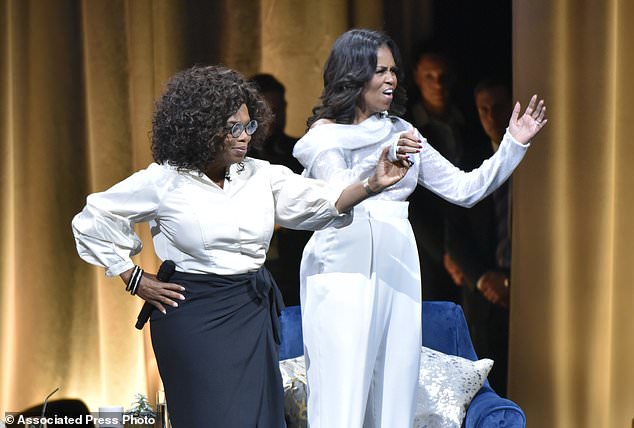 During the 90-minute conversation, Winfrey revealed ‘Becoming’ is her book club’s next pick 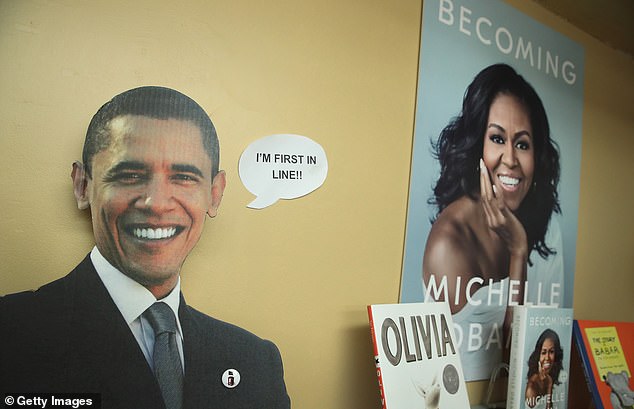 Obama’s memoir is seen on display at a Chicago bookstore next to a cardboard cutout of her husband that says: ‘I’m first in line!!’