Michelle Obama is not in the White House anymore – and she proved just how much she is enjoying life outside of its claustrophobic walls by posing for a very glamorous Elle cover shoot, while wearing a series of daring fashion-forward ensembles.

The 54-year-old, who has spent a very busy few months promoting her new memoir Becoming, which debuts on Tuesday – and which earned her part of a $65 million advance in a joint deal with her husband Barack – also sat down with Oprah for an interview to accompany her glamorous spread, opening up about how much she is enjoying life in the ‘real world’.

‘…What I came to realize is that there was absolutely no time to reflect in the White House,’ she told the TV mogul. ‘We moved at such a breakneck pace from the moment we walked in those doors until the moment we left.

From first lady to fashion star: Michelle Obama appears on the cover of the latest issue of Elle as she continues to promote memoir, Becoming, which is released on Tuesday

‘It was day in and day out because we, Barack and I, really felt like we had an obligation to get a lot done. 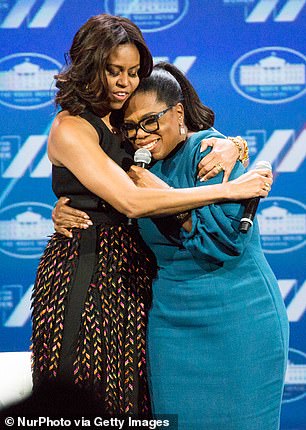 Personal: The 54-year-old was interviewed by Oprah for the spread in the fashion magazine

The former first lady, who posed in a $2,400 leather corset, $4,900 skirt, and a $1,350 blouse – all from Dior – for her Elle cover, recalled a conversation she once had with her chief of staff, during which she expressed her desire to one day visit Prague – only to be told that she had already been there on one of her many official trips.

Michelle admits that she only managed to jog her memory when she was shown a picture of herself in the country.

Life has certainly changed since the entire Obama family left the White House, and Michelle says it was only after they had settled into their ‘regular’ $8.1 million house in Washington, D.C.’s exclusive Kalorama neighborhood, that she felt able to reflect on the eight years she spent as first lady.

Oprah asked her about what she called ‘the toast story’ – a simple moment that Michelle uses to quantify just how much her world had been altered by the end of Barack’s presidency.

She recalled one of the first nights she was home alone with the family’s two dogs – Bo and Sunny – in their new home, which is a just a few minutes’ walk away from Ivanka Trump and Jared Kushner’s house, and decided to make herself some toast, something she was never able to do in the White House, because there was ‘always somebody there’ to do it for her. 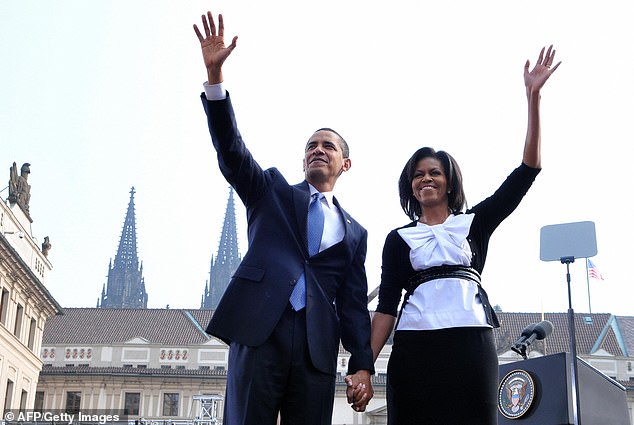 Memory loss? Michelle’s life as first lady was so hectic, she says she used to forget when she had visited amazing countries, like Prague, where she is pictured with Barack in 2009 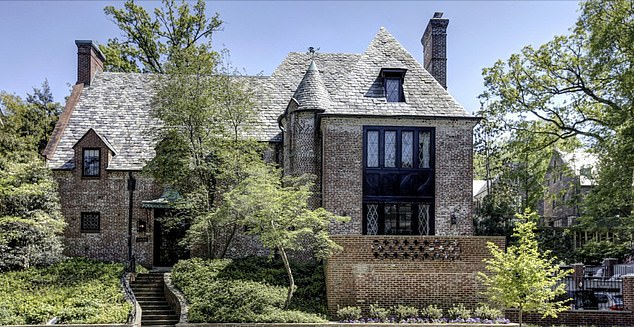 The real world: The mother-of-two says she didn’t really feel able to reflect on her eight years in the White House until they settled into their ‘regular’ $8.1 million Washington, D.C. home

‘…I made myself toast. Cheese toast,’ she said. ‘Then I took my toast and I walked out into my backyard. I sat on the stoop, and there were dogs barking in the distance, and I realized Bo and Sunny had really never heard neighbor dogs. 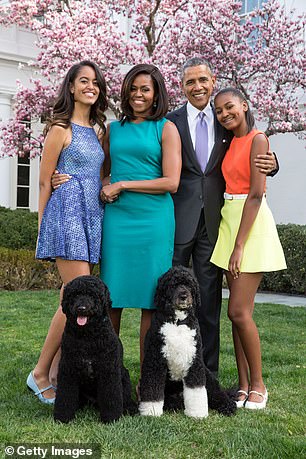 Stifling: The mother-of-two, pictured with her family at the White House in 2015, says she and her daughters weren’t even able to open a window without ‘causing a fuss’

‘As first lady, you’re not alone much. There are people in the house always, there are men standing guard,’ she added.

‘There is a house full of SWAT people, and you can’t open your windows or walk outside without causing a fuss.’

When pressed by Oprah about whether she was being serious about opening a window, Michelle insisted she was telling the truth, explaining that both of her daughters ‘tried to’ but they quickly ‘got the call’ from the Secret Service telling them to ‘shut the window’.

While promoting her book, the mother-of-two has spoken candidly about a number of very personal experiences, revealing that she suffered a miscarriage 20 years ago, and opening up about ‘having to do IVF’ in order to conceive her daughters Malia, now 20, and Sasha, now 17.

She has also spoken at great length about her struggles as first lady, which started before she even set foot in the White House; beginning in the months leading up to her husband’s decision to run for president, right up until his eight-year term was over.

While speaking with Oprah, Michelle admitted that she knew what she was getting into when the idea of Barack running was first suggested, noting that she was hesitant to agree because she knew what a toll it would take on him, and their family.

‘Imagine having that burden. Could he, should he, would he? That happened when he wanted to run for state Senate, then Congress, then the U.S. Senate,’ she explained.

‘…politics was ugly and nasty. I didn’t know that my husband’s temperament would mesh with that. And I didn’t want to see him in that environment.’