Former First Lady Michelle Obama shared the memory she says keeps her going when the ‘daily chaos’ of Washington becomes nearly too much to bear.

Speaking to students at the University of Miami’s Watsco Center to help boost voter registration numbers on Friday, Obama said her dad was her biggest inspiration.

She said she was ‘tired of the daily chaos, the pettiness, the meanness, that too often dominates the political discourse’, but when she starts to consider stepping away from it all, she thinks of how passionate her late father was about voting.

‘Just when I think it might be time to shut it all out, I think about my dad,’ she said.

Michelle Obama has said she is tired of the ‘daily chaos’ in Washington, but revealed the memory that keeps her going whenever she feels like stepping away from politics

Obama’s father, Fraser Robinson III, died in 1991 after living with Multiple Sclerosis for much of his adult life.

She said despite his condition, he would force himself down the stairs to their apartment using crutches, to get out the door to work, and he prided himself on never having missed a day.

Obama said her father’s attitude to work was the same one he employed when it came to voting.

‘Every election day, he grabbed those crutches and inched down that same flight of stairs to vote,’ she said. ‘Sometimes he’d take me with him.’ 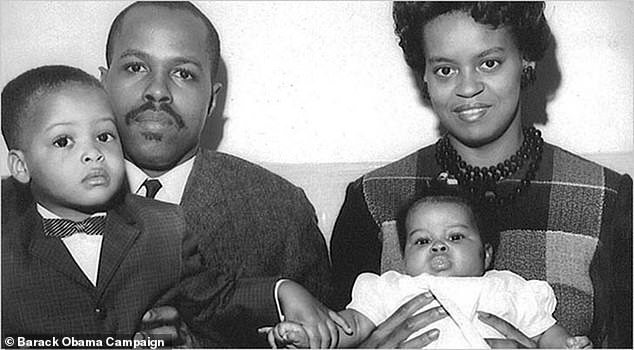 Obama said her father Fraser Robinson III (left), who was diagnosed with MS as a young man, would go out to vote in every election no matter how sick he was, and she finds inspiration in his determination

‘I remember walking down to the church basement [where a polling booth was located] and he’d steady himself for a few minutes as he waited in a line – no matter how long it was – and he’d smile and chat up all the folks checking him in, because everybody knew him.’

Obama said her father had gone to the immense effort of getting himself out to vote because he knew how important it was.

‘He went to vote for the same reason he went to work,’ she said. ‘He did it to provide for his family.

‘He knew his vote was the only way he would be heard in the halls of power.’ 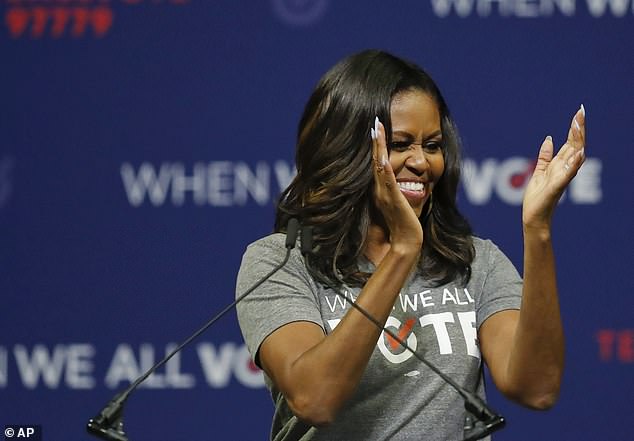 Obama recently launched When We All Vote, a national, nonpartisan not-for-profit organization.

Friday’s event in Miami capped a week of grass-roots activism with 2,000 events in 49 states.

No candidate names were mentioned at the event, nor were any political parties as Obama stressed she wasn’t there ‘to tell anyone who to vote for.’

Instead, she was eager to change what she said has become ‘a dangerous cycle when it comes to voting’ of frustrated people who get worked up about politics, but eventually sit home on election day and do nothing. 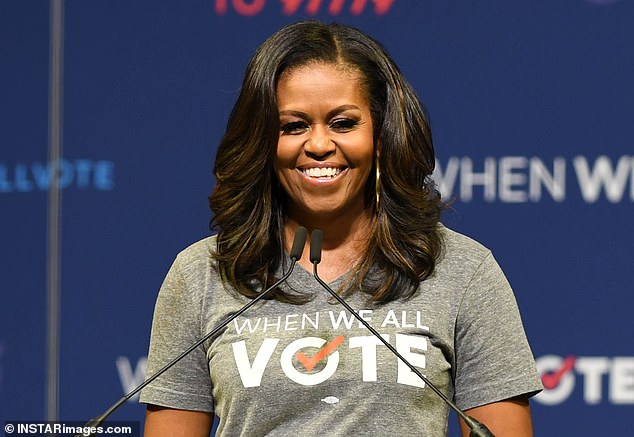 Obama recently launched When We All Vote, a national, nonpartisan not-for-profit organization. Her appearance in Miami on Friday was the end of a week of voter registration rallies in 49 states