Michigan man who stabbed stepdaughter is jailed for life

A Michigan man who stabbed his five-year-old stepdaughter to death before setting her on fire has been sentenced to life in jail without the possibility of parole, after being found guilty of first-degree murder last month.

Thomas McClellan, 25, of Holt, Michigan, will spend the rest of his life in prison for killing Luna Michelle Younger on November 1, 2016, after she refused to leave his room until he gave her food.

Before the sentence was passed, members of Luna’s family took to the stand to make their impact statements.

Thomas McClellan, 25, of Holt, Michigan, admitted to killing Luna Michelle Younger on November 1, 2016, after she refused to leave his room until he gave her food 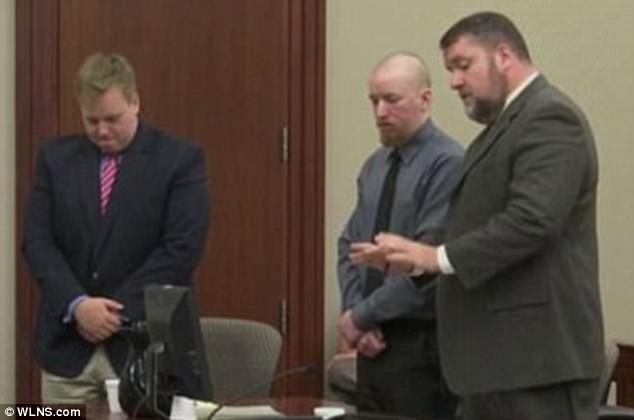 McClellan’s three-day trial took place in July. He was found guilty of open murder, first-degree child abuse and first-degree arson and will now spend the rest of his life in jail without parole 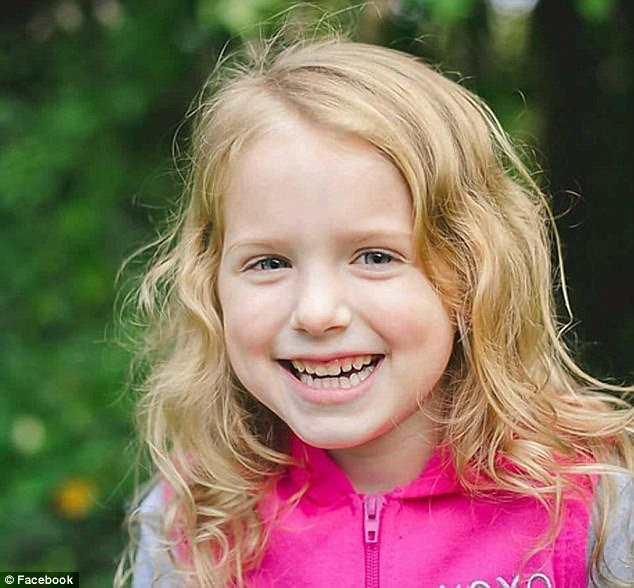 McClellan stabbed Luna, 5, at least five times while his wife Victoria King — the child’s mother — was at work

‘Tom, I forgive you and I pray for you,’ said Paula McKay, who spoke on behalf of Luna’s family. ‘And I desire peace and hope for you.

‘There exists a sadness like none we have ever known,’ she continued as reported by Freep.com. ‘A sadness at the loss of so many hopes and dreams. Hopes for the future of you and Victoria. Hope for the future of a little girl — our lovely Luna. Hope for two mothers who saw their children happy and content in a new marriage. Hope for two families who had come together on a day not so far away in the past.’

‘This was a wicked act by a man but he’s not a wicked man,’ said Patrick Crowley, McClellan’s attorney. ‘I can’t say enough how unfortunate this is for multiple families.’

When Judge Joyce Draganchuk offered McClellan a chance to speak he declined.

‘I understand how people sometimes who are not evil do evil things,’ Draganchuk said before sentencing McClellan. ‘I think everyone sort of sees that as the picture that took place here. The tragedy is just unspeakable and the pain on all sides.

‘I think the whole community, beyond just the affected families, the whole community is asking ‘why, why?’ And the answer is, we need to leave ‘why’ behind because there is no ‘why,’ and it will only torture everyone trying to understand why.

‘Because what reason would possibly justify this, where we would say, ‘oh that’s an explanation of why?’ There is none. There is none, and we will only hurt ourselves by dwelling on the ‘why.” 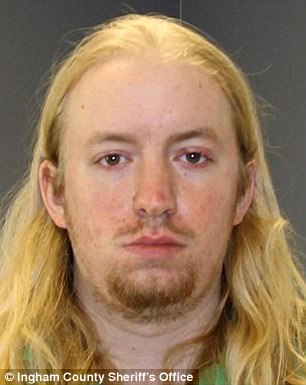 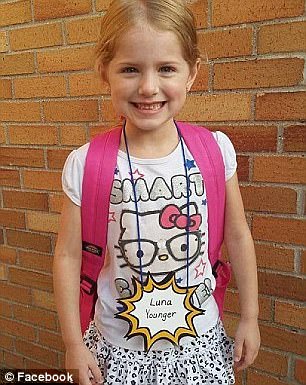 McClellan, left, told the detective that he had spent the day arguing with Luna’s mother, Victoria King, who he had married three months earlier 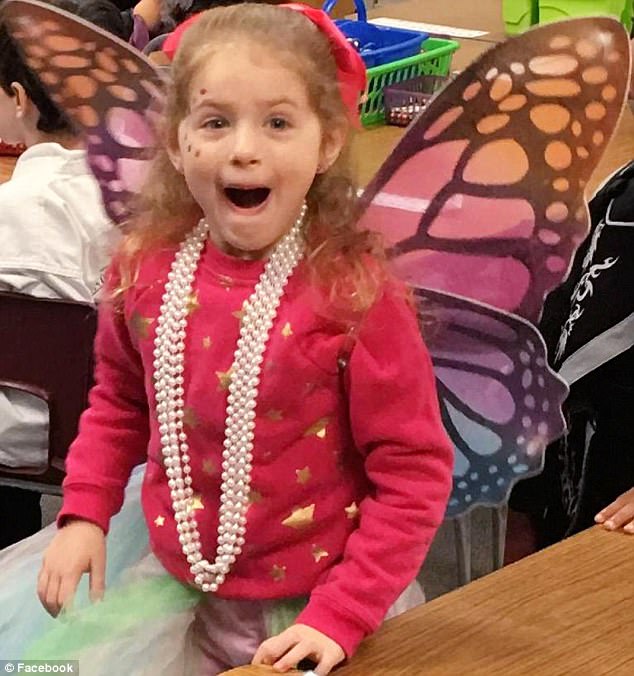 In a taped confession aired during the trial, McClellan said he killed the girl because she interrupted his nap and asked for something to eat

During his July trial, the court heard that McClellan was ‘tipped over the edge’ when Luna woke him from a nap and asked for a snack, despite it not being ‘dinner time’.

Shortly after firefighters found Luna’s burned body in the apartment McClellan shared with the girl’s mother, Victoria King, McClellan turned himself in to police, telling officials that he killed the girl around 5pm, after she gave him ‘attitude’.

Shortly after Luna’s body was found, McClellan told  detectives that he had spent the day arguing with King, who he had married three months earlier, and was watching the young girl while his wife was at work.

He was taking a nap when Luna knocked on his bedroom door at 5pm on November 1 and asked if she could have a snack. 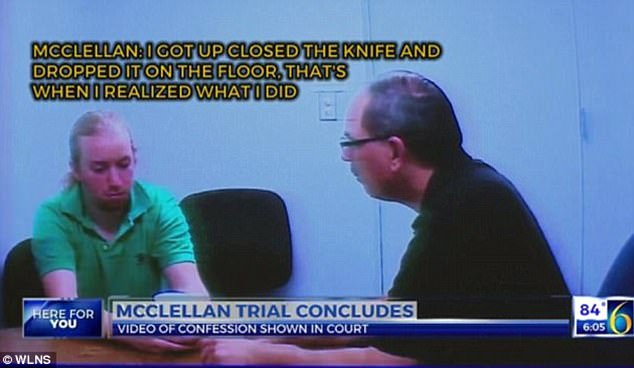 Shortly after firefighters found Luna’s burned body in the apartment McClellan shared with the girl’s mother, McClellan turned himself in to police, telling officials that he killed the girl around 5pm on November 1, after she gave him ‘attitude’

‘What was so awful about Luna today that you had to kill her,’ Buckland asked. ‘I don’t wanna guess something, Tom. I wanna hear it from you. What’d she do, Tom?’

McClellan responded: ‘I told her it wasn’t dinner time.’

He said Luna stayed in the room and continued asking for food.

‘It tipped me over the edge,’ McClellan said. ‘She gave me more attitude.’

It was then that McClellan sat on top of Luna’s chest and stabbed her at least five times before covering her body with sheets, pouring vodka on it and setting it on fire.

He had set her body on fire to hide the evidence, WLSN reported.

As the flames spread through the ground-floor apartment, the Delhi Township fire department were called in to extinguish the blaze. 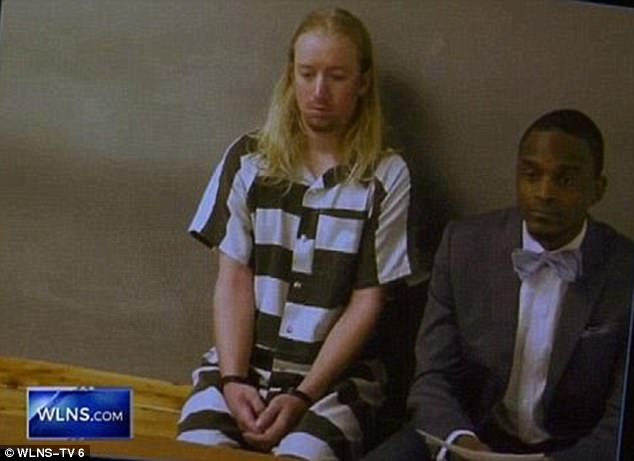 McClellan sat on top of Luna’s chest and stabbed her at least five times before covering her body with sheets, pouring vodka on it and setting it on fire, prosecutors say

Firefighter Corey Drolett said he thought Luna might be hiding from the fire at first, and search a closet and under the bed before finding her under the smoldering blankets.

The court heard that McClellan ‘did not run out of his room bloody, scared or panicked’ or call 911 after stabbing the girl, according to Assistant Ingham County Prosecutor Elizabeth Allen.

Instead, he took a shower, packed a bag, and set the girl’s body on fire. He then threw out his cell phone, bought a new phone and checked into a local motel.

McClellan’s attorney said that his client’s actions were ‘inefficient’, ‘panicked’ and ‘haphazard’.

It was King who convinced McClellan to turn himself in.