Michigan puppy freaks out at his new food bowl

Usually dogs come running when they hear their food hitting their bowl.

But this four-month-old puppy goes in the opposite direction and has been filmed freaking out, barking and jumping back from his.

In the footage Ace the pooch, from Michigan, is left hilariously torn – he wants his food, but is terrified of his shiny new object. 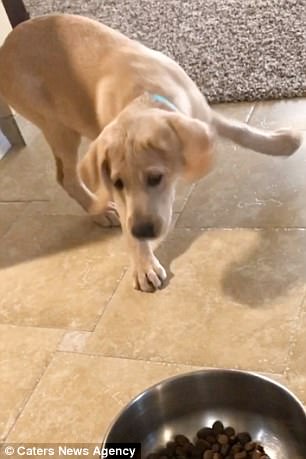 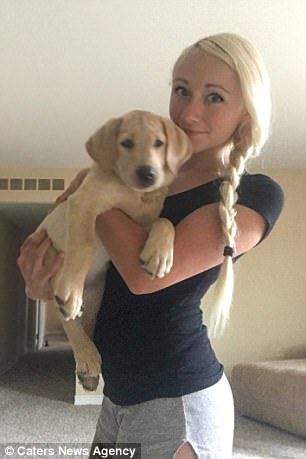 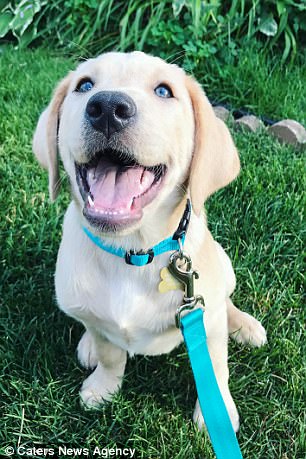 Ace’s owner Amber Kennealy, left, thinks that Ace acted out because his bowl had made a ‘scary’ noise

His owner Amber Kennealy, 25, believes her pet’s fear developed after his collar hit the new bowl – making a scary sound.

She said: ‘At first we had a plastic spiral bowl to help slow him down while he was eating to prevent bloating.

‘But he has trouble getting the food out of that bowl, so I got him a regular metal bowl.

‘When I first showed it to him, his collar hit the bowl and made a sound that scared him a little.

‘Then he went crazy and ran around barking at the bowl when I showed it to him. 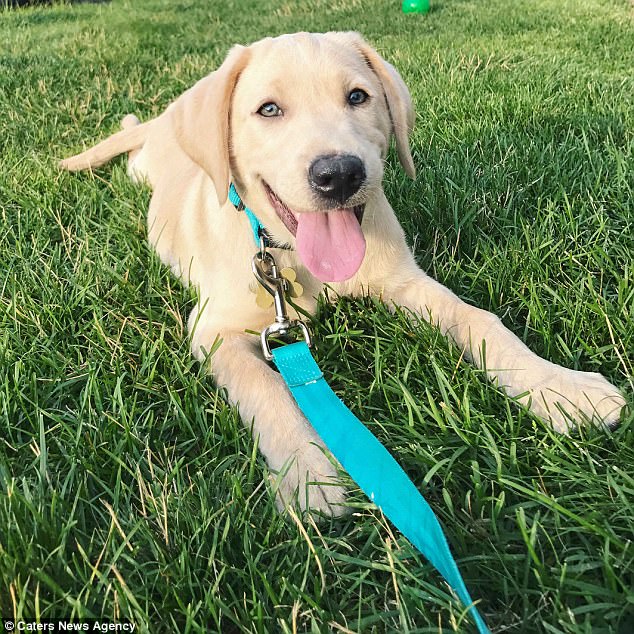 Ms Kennealy said that although clever Ace has learnt many important doggy tricks, such as: ‘paw’, ‘kiss’ and ‘heal’, at first he decided that this new bowl was a step too far.

‘He was being super dramatic and wouldn’t come near it,’ she said. ‘But after a minute of barking he finally tried the new bowl and ended up liking it!

‘He has no problem eating out of the scary new metal bowl now.’