An adorable video shows the moment a woman opens her refrigerator and finds a new diamond ring from her husband.

The woman thought she had lost her wedding ring that morning on September 6 in Flint, Michigan.

It turns out her husband stole it so he could surprise her with an upgraded one from Dubai. 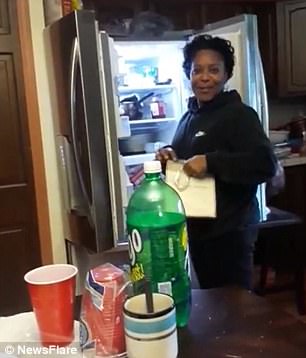 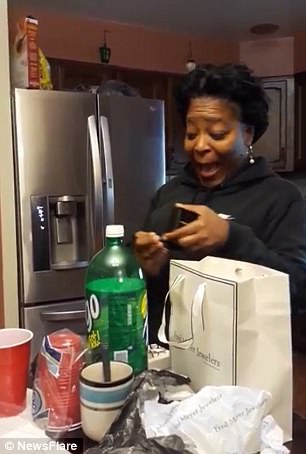 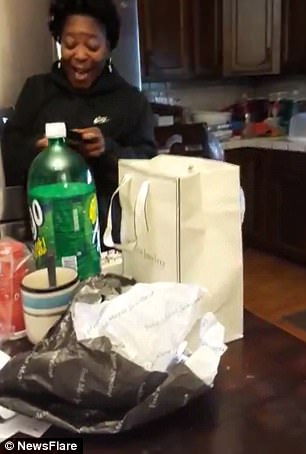 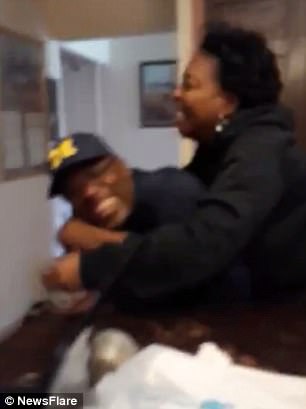 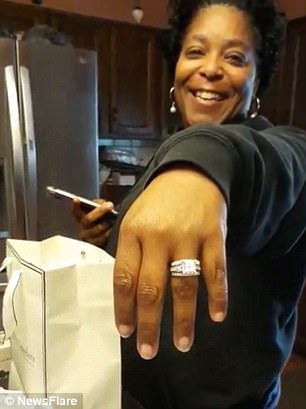 A friend records as the husband tells his wife to get a drink from the fridge. She opens it, sees a white bag and looks at her husband with confusion.

She takes the bag and puts it on the counter, pulling out a box. She opens the box and shrieks when she sees the diamond ring.

She ecstatically dances around the kitchen and puts the ring on before giving her husband a hug and a kiss.

Her friend taking the video asks her to show the ring to the camera and reveals that the woman thought she had lost her ring that morning.

The husband admits that he had stolen it so he could replace it with an upgrade.