Footage of a talented feline from 1936 proves cat videos were popular long before the start of the internet age.

Rare footage has resurfaced telling the story of Mickey – a Minneapolis cat that lived his life as a fireman, even sliding down his station’s poles.

‘Mascot Mickey, Chief of Cats, chases fires instead of rats,’ read the opening lines of the clip, which was made for a news story and was unearthed by the Old Minneapolis Facebook page.

Mickey the cat’s life as a fireman was immortalized in the video that shows him doing his favorite things, such as watching his friends play dominoes 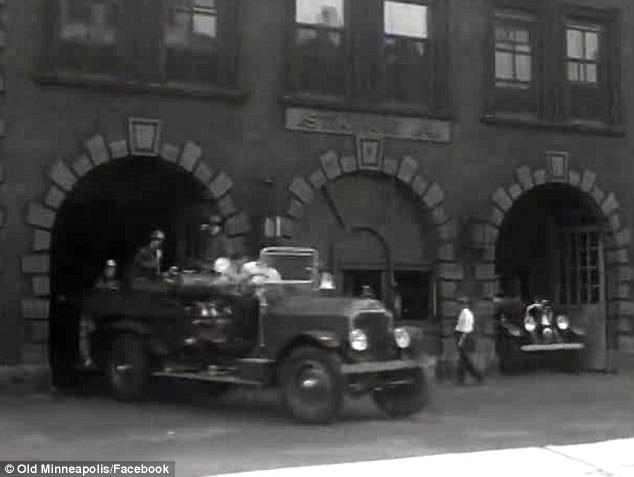 The talented cat lived at Station 10 (pictured) in Indianapolis in 1936, and became known for sliding down the poles with his fellow firemen

When Mickey wasn’t fighting fires, he loved to sit around and watch the firemen of Station 10 play dominoes.

‘Mickey likes all the boys at fire station 10 in Minneapolis, but most of all, he likes the best the domino players,’ the video’s narrator says. ‘So the boys play dominoes, and Mickey displays great interest.’

But, of course, there’s nothing Mickey loved more than fighting fires, and when the game of dominoes is interrupted by the firebell, he runs to the station’s poles and slides down with the rest of the crew.

The fire-fighting-cat then jumps in the back of the chief’s car. 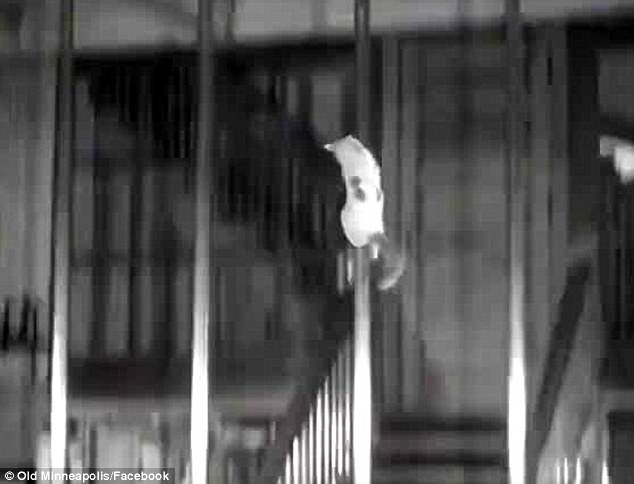 Look at him go! Mickey is seen running to the poles as soon as the firebell goes off 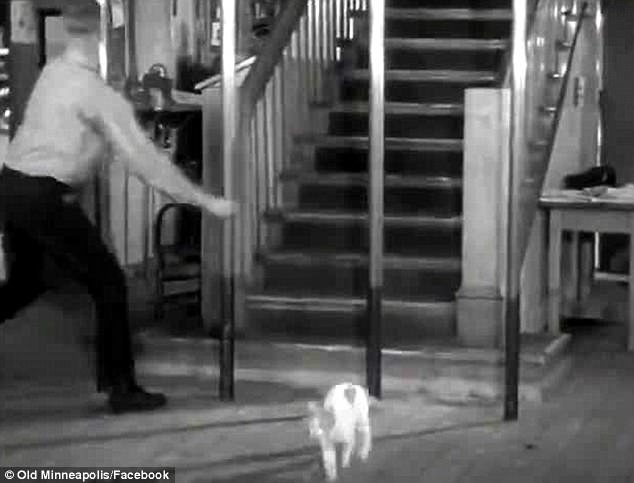 Mickey slides down the pole with grace, and lands perfectly on the first floor

‘Where’s your hat. Mickey?’ asks the narrator at the end of the clip, before the famous cat appears wearing his own No. 10 fire hat.

While it’s not clear if Mickey slid down the pole on his own or was tossed on them, he was actually known back in 1936 for his talents, according to Cinema Cats.

A news clip in the Milwaukee Journal from April 5, 1936, features Mickey’s story and a picture of him sliding down the fire station poles.

‘The shiny brass poles which extend from the living quarters on the second floor into the equipment room of Station 10 of the Minneapolis fire department are no mystery to Mickey, the fire company cat,’ the piece reads. 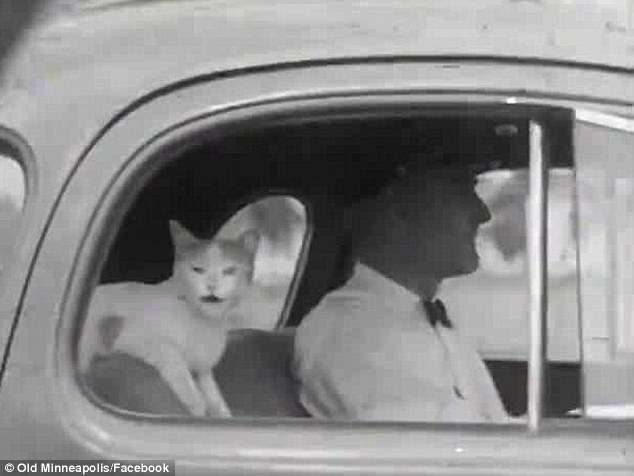 Used to riding: Mickey didn’t just slide down poles. The video shows him getting in the back of the chief’s car, on his way to fight fires 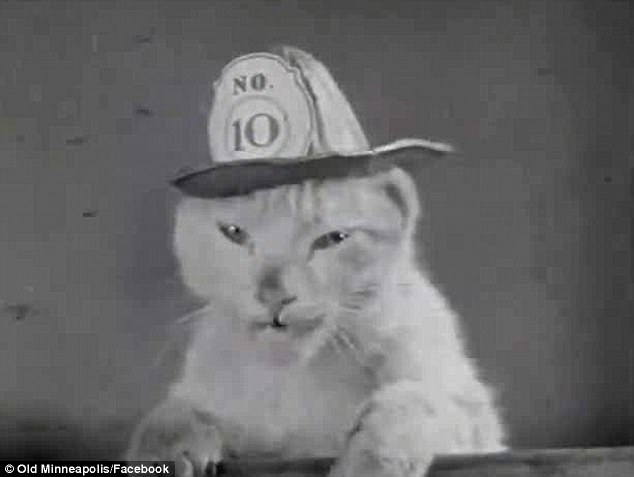 One of the boys! The adorable cat even had his own ‘No. 10’ fire hat. Mickey died in 1937 from a pole-related incident at two years old

Unfortunately, it seems like Mickey’s talent was also his downfall, and the Southeast Missourian announced his passing at only two years old in August, 1937.

‘Mickey has answered his last fire call. “Killed in the line of duty” is an epitaph prepared for Mickey — a two-year-old cat mascot which slid down the brass pole with fireman. He leaped for the pole and missed, falling 16 feet and breaking his neck. They’re going to bury Mickey with his tiny fireman’s hat,’ his obituary reads.

Even though Mickey graced the world more than 80 years ago, one thing is for sure – he would give Grumpy Cat a run for his money.