A couple who ran a photography business and had two homes worth more than £600,000 while dishonestly claiming £83,000 in benefits have avoided jail.

Meanwhile, her partner Warren Myers claimed he was her carer, pocketing more than £6,000 in taxpayer-funded state support over for four years.

But Unsworth, 46, failed to tell benefits bosses that she rented out her second £210,000 property near their £450,000 detached home in Whalley, Lancashire.

Yvonne Unsworth and Warren Myers lived in this £450,000 home in Whalley, Lancashire while wrongly claiming thousands in benefits

Myers, 51, meanwhile failed to declare his earnings as a self-employed photographer, according to the Department of Work and Pensions.

The couple, who allowed the scam to carry on for years, meanwhile drove around in a £25,000 convertible BMW, The Sun reported.

The pair were prosecuted after officials clocked on to their multiple sources of income and they admitted charges at Burnley Crown Court earlier this month.

Unsworth pleaded guilty to dishonestly making a false statement to obtain a benefit but avoided a jail term on a suspended sentence.

Myers admitted dishonestly failing to notify a change of circumstance and was ordered to do 200 hours of unpaid work. 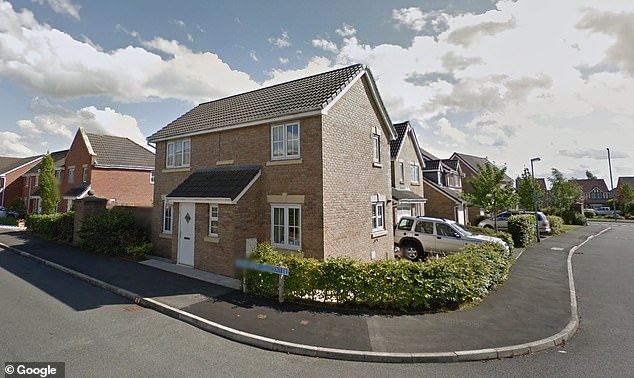 The couple rented out this property, valued at around £200,000  in Chorley, Lancashire

A Department for Work and Pensions spokesperson said: ‘Only a small minority of benefit claimants are dishonest, but cases like these show how we are catching the minority who cheat the system and divert taxpayers’ money from those who need it.

Anyone suspected of benefit fraud can be reported to the National Benefit Fraud Hotline on 0800 854 440.