A midwife at a scandal-hit hospital has been struck off after her failings led to the death of a newborn baby and the stillbirth of another child.

Heather Lort worked at Shrewsbury and Telford Hospitals Trust (Sath), where the deaths and injuries of more than 100 mums and babies are currently being probed.

Tiny Kate – known as Baby A – died just six hours after being born at Shropshire’s Ludlow Community Hospital in March 2009.

Kate Stanton-Davies, pictured with her mother Rhiannon moments after she was born in 1999, hours before she died. Lort was alleged to have placed the poorly tot in a cold cot and failed to resuscitate her properly. 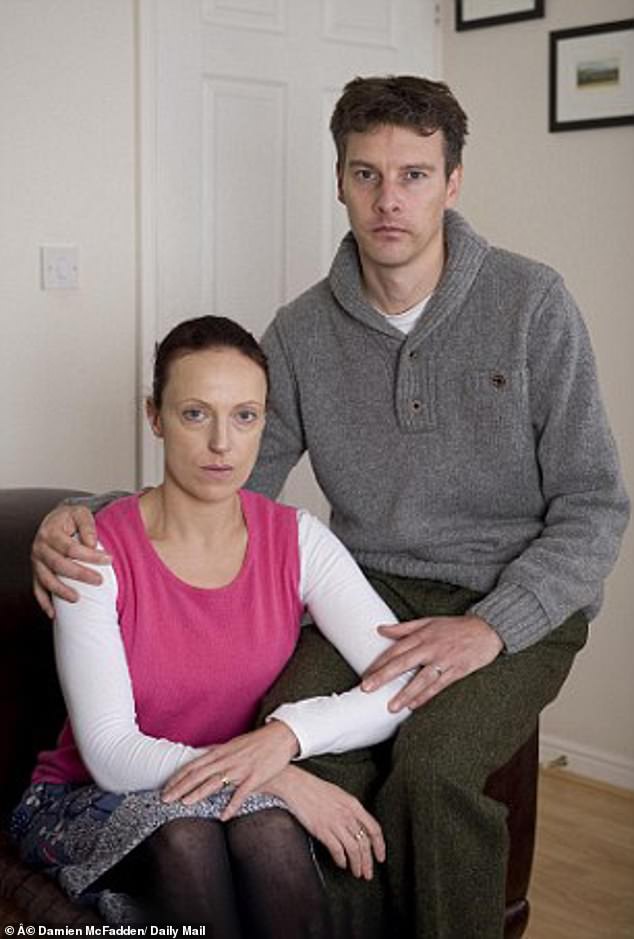 Rhiannon Davies and her husband Richard Stanton, from Ludlow, Shropshire, have spent years trying to get the authority to admit failings over Kate’s death 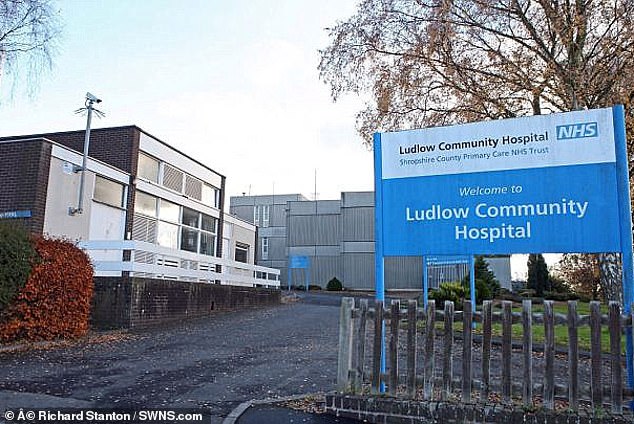 Heather Lort worked at Ludlow Community Hospital which is part of Shrewsbury and Telford Hospital NHS Trust. Her failings  led to the death of newborn baby Kate Stanton-Davies in 2009 and the stillbirth of a baby in 2013

A Nursing and Midwifery Council (NMC) ruling found Lort was alleged to have placed the poorly tot in a cold cot and failed to resuscitate her properly.

She also made ‘significant record keeping errors’ and ‘failed to recognise that Kate’s health was compromised at birth’.

The NMC also found Lort guilty of misconduct in the case of an unnamed baby who died in 2013.

She could not find the baby’s heart rate, but instead of letting a doctor know, she told the expectant mother to ‘go for a walk and have a drink’.

The woman gave birth the next day, but her baby was stillborn.

The NMC’s decision will come as welcome news to Kate’s mother Rhiannon Davies and her husband Richard Stanton who spent years trying to get the authority to admit failings over Kate’s death.

In the ruling the NMC said: ‘Baby A was born at 10:03am and presented as being pale and floppy.

‘At about 10:30am it was noted that Baby A was making a grunting noise. It is alleged that Mrs Lort did not respond to these compromised signs and arrange an emergency transfer to take Baby A to a neonatal unit.

‘Shortly after birth, Baby A’s temperature was 36.06 degrees celsius and she was obviously cold to the touch.

‘At about 11:30am Baby A collapsed and Mrs Lort provided oxygen and cardiac massage. The emergency services were called. It is alleged that when the paramedics arrived Mrs Lort had stopped resuscitation before a heart rate of 100 beats per minute was achieved.

‘It is alleged that when the paramedics attended Baby A’s heart rate was 80bpm. It is further alleged that Mrs Lort did not adequately record the resuscitation process for Baby A.

‘Baby A was transferred to Birmingham Heartlands Hospital by air ambulance.’

It is alleged that Mrs Lort did not accompany Baby A to the neonatal unit and that she did not provide an adequate handover to the paramedics.’

The NMC, sitting in London, said Lort ‘fell seriously below standards expected of a registered midwife’.

Panel chair Deborah Jones said: The events of March 1, 2009, include significant record-keeping errors and a distinct failure by Mrs Lort to recognise that Baby A’s health was compromised at birth.

‘Furthermore, Mrs Lort failed to take the appropriate clinical and procedural steps, in a timely fashion to ensure that Baby A received the necessary emergency medical treatment.

‘Furthermore, when Mrs Lort did, belatedly, seek emergency medical assistance, she then failed to provide effective resuscitation to Baby A and thereafter provide adequate handover or travel with Baby A to the hospital.’ 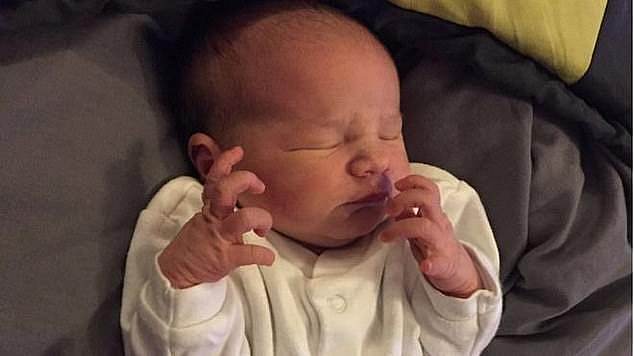 Sath is already subject to an inquiry into its maternity services.

More than 200 families have raised concerns about care.

The trust was put in special measures in September over patient safety concerns.

Lort was not present at the hearing, which took place in London.

When it started last year, the probe was examining only 23 incidents. But it now involves at least 104 families whose cases span 20 years, according to figures obtained by the Health Service Journal and the BBC.

Her mother Rhiannon Davies had suffered complications in the last month of her pregnancy, due to a rare condition which means blood leaks from the foetus and into the mother.

Just two hours after being born at Ludlow, newborn Kate suffered a collapse and was flown by the West Midlands Air Ambulance to Birmingham Heartlands Hospital where she died.

An inquest at South Shropshire Coroners’ Court in 2012 found the youngster could have survived if she had been born at a hospital instead of a midwives unit, and how a decision by clinicians to treat Mrs Davies’ pregnancy as low-risk contributed to her death.