Barely 12 hours after being sworn in as US secretary of state, Mike Pompeo went straight to NATO headquarters on Friday in what European allies saw as strong support for an institution that US President Donald Trump once called obsolete.

In a day of private meetings with NATO foreign ministers, Pompeo charmed allies with tough talk on Russia and a more sure-footed approach than his predecessor Rex Tillerson, but still echoed Trump’s familiar demand for higher defense spending.

He also made no promises about whether his boss would stick to a 2015 accord to stop Iran developing a nuclear bomb, warning instead that Trump was still likely to pull out without major changes to a deal that Europeans insist cannot be reopened. 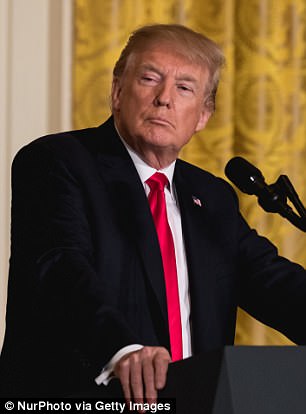 ‘There’s been no decision, so the team is working and I am sure we will have lots of conversations to deliver what the president has made clear,’ Pompeo told a news conference in which he said he discussed the Iran deal with counterparts.

‘Absent a substantial fix, absent overcoming the flaws of the deal, he is unlikely to stay in that deal,’ Pompeo said.

Pompeo, who once suggested the answer to Tehran’s nuclear program was 2,000 bombing sorties, said he expected to discuss the issue during the rest of his trip to Saudi Arabia, Israel and Jordan.

In Brussels, Pompeo pressed allies to meet a NATO target of spending 2 percent of economic output, as well as 20 percent of that on military equipment, saying it would be a central part of an alliance summit on July 11-12 that Trump will attend.

At a NATO summit in Wales in 2014, months after Russia’s annexation of Ukraine’s Crimean peninsula, allies agreed to end years of defense cuts that left Europeans without vital capabilities, such as refueling airborne fighter bombers.

But Trump has gone further, scolding European leaders in Brussels last year at NATO that certain allies owed ‘massive amounts of money’ to the United States and NATO – even though allied contributions are voluntary, with multiple budgets. 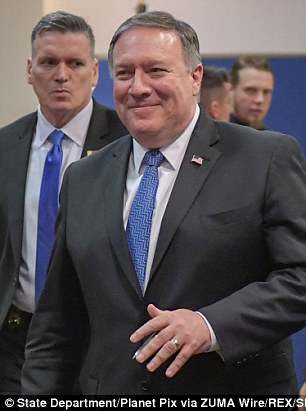 Spending among European NATO countires is rising again and Germany, Europe’s biggest economy, has been increasing its defense budget, which will see its spending quota rise to 1.3 percent next year.

Asked if Germany was doing enough to reach the NATO 2 percent spending target, Pompeo said: ‘No … [Germany] should meet the goals that they agreed to … that’s the expectation, not only for Germany but for everyone.’

‘We’re hopeful that at the NATO summit that every NATO partner will deliver a credible plan to achieve that goal.’

Still, Pompeo was quick to praise NATO as ‘invaluable’ just minutes after getting off his plane, in his first meeting of the day, with NATO Secretary General Jens Stoltenberg, a sharp contrast to Trump’s earlier rebuke of the alliance.

Despite European confusion about Trump’s foreign policy and his ‘America First’ rhetoric, Dutch Foreign Minister Stef Blok said it was ‘impressive to come here one night after being inaugurated. It’s an impressive start.’

Pompeo, a former Army officer who was a Republican congressman, is regarded as a loyal supporter of Trump with hawkish views. But on Russia those views are largely shared by European allies because of Moscow’s seizure of Crimea. 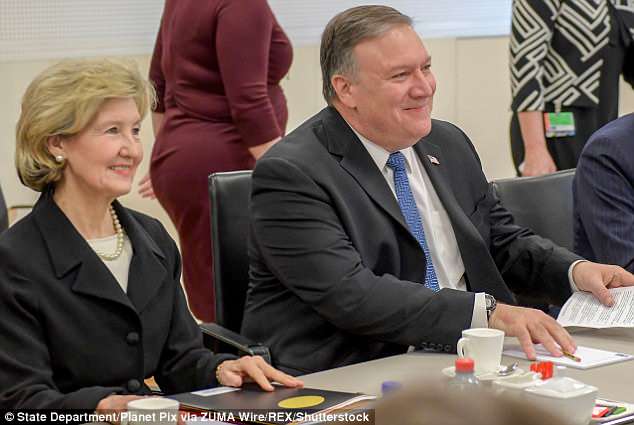 NATO allies believe the alliance needs to respond to what the West says is the Kremlin’s mix of not just the conventional military threat but covert and cyber warfare.

The NATO foreign ministers meeting follows the poisoning of Sergei Skripal, a former Russian agent in Britain, and Western air strikes against Russia-allied Syria, which the United States accused of a chemical attack in Douma on April 7.

‘When I was a young soldier, it was T72 tanks and T60 tanks rolling across the then East German plain. Today, it’s different,’ he said, recalling the Cold War.

‘There were a lot of ideas, an enormous consensus of the risk those hybrid it poses to the West,’ he said of the NATO meeting.

‘There is a real commitment to work together to mitigate those risks and deter them,’ he said. 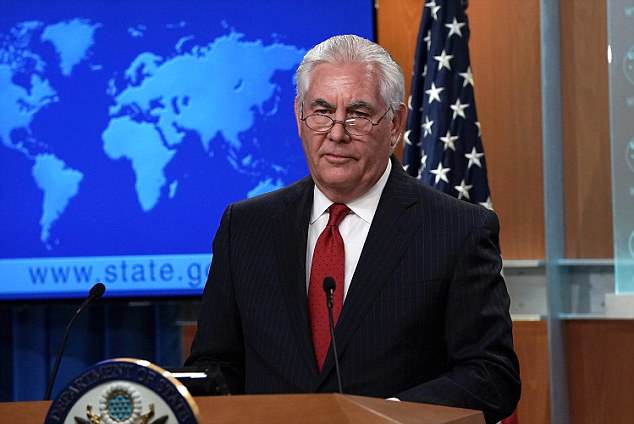