Mike Tindall sports his new look after having another nose operation

Mike Tindall has stepped out with a very straight new nose at an obstacle mud run.

Zara Tindall’s other half was spotted crawling through dirt, shimmying up walls and shooting down slippery slides at the Spring Wolf Run at Pippingford Park in East Sussex on April 28.

The former England rugby captain turned pundit and reality TV contestant – who has broken his nose multiple times – admitted in 2015 that he needed to get it sorted.

And now the 36-year-old, who is expecting his second child with Princess Anne’s daughter, has been spotted with a strikingly symmetrical bridge.

The Wolf Run is back to Pippingford Park, East Sussex on the weekend of 29th and 30th September.

Zara Phillips’ other half cracks a smile at the Spring Wolf Run in East Sussex on April 28, showing off a very straight new nose 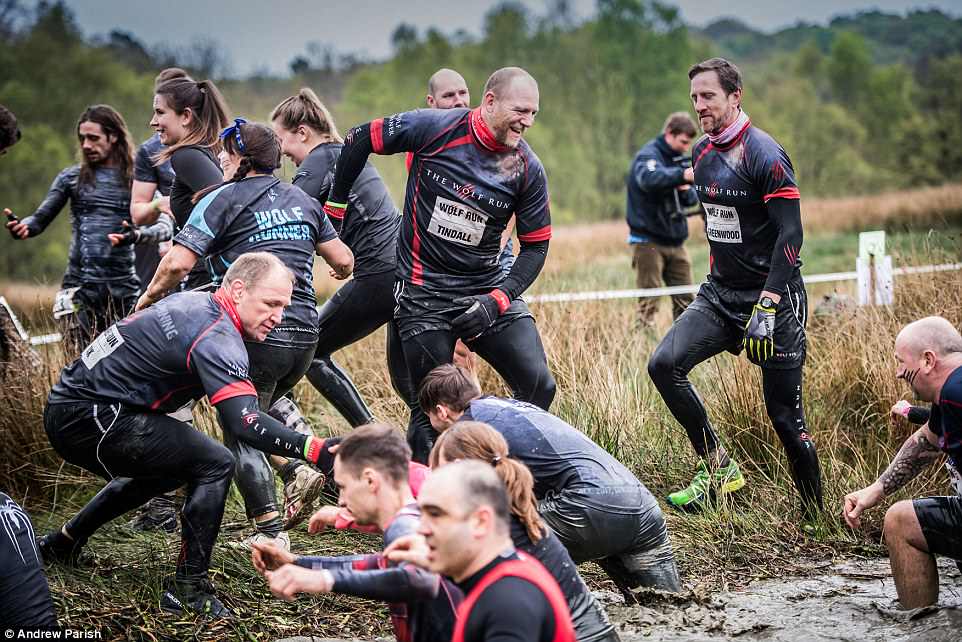 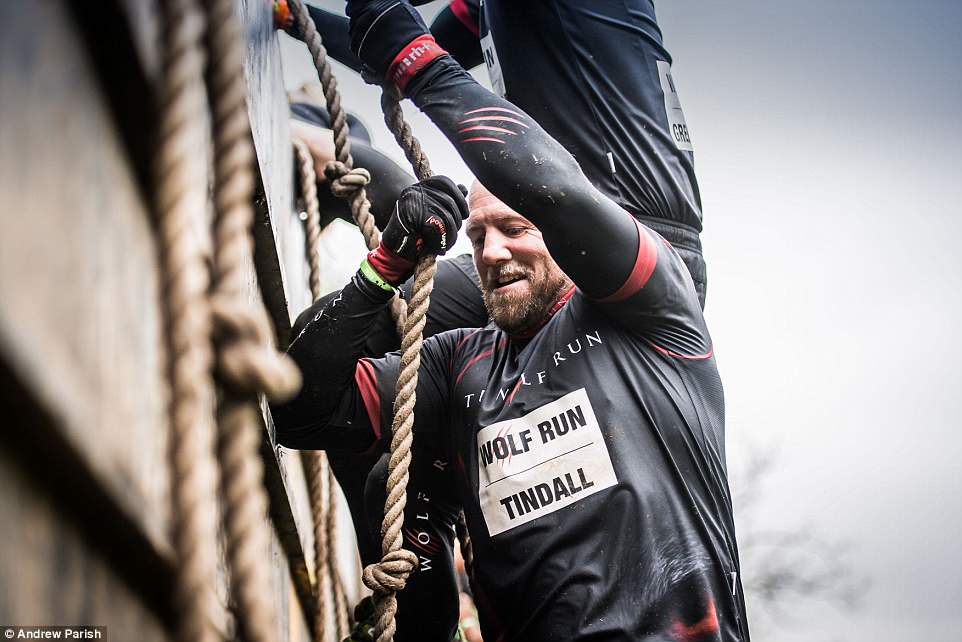 The sportsman shimmying up a wall. He previously said in 2015 he needed to get his nose sorted because it was making it hard for him to breathe 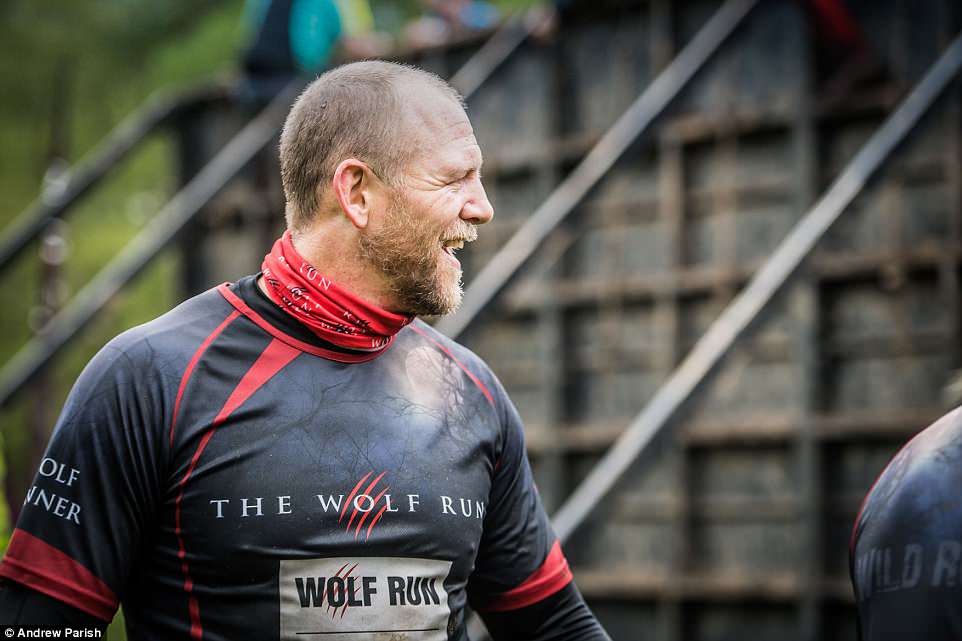 Tindall showed off his very different profile during the active day out. The 36-year-old beamed with pride as he enjoyed the muddy fun 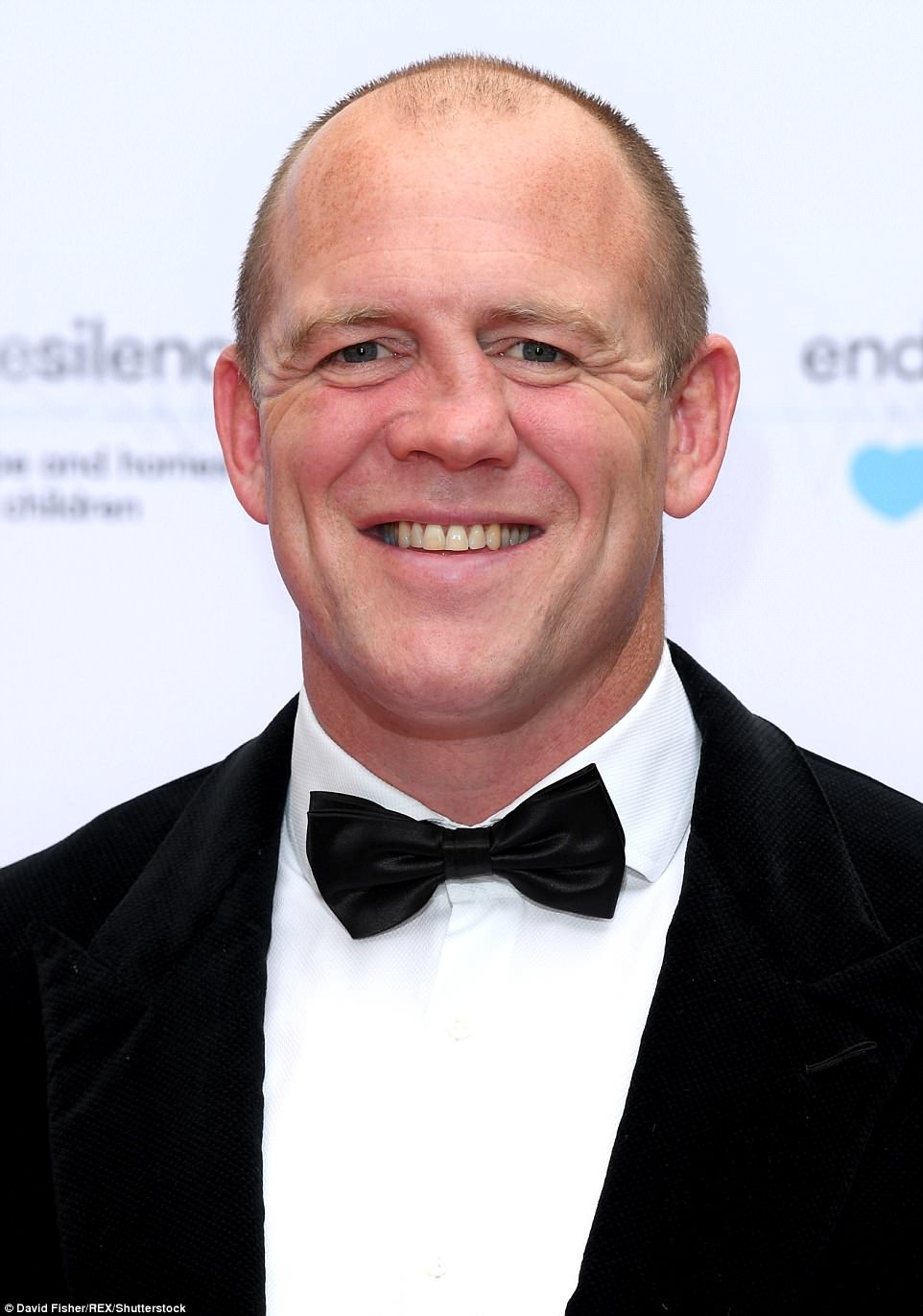 Tindall, picture in May 2017, first broke his nose at the age of five, when the seatbelt came loose on a dodgem car and he head-butted the steering wheel 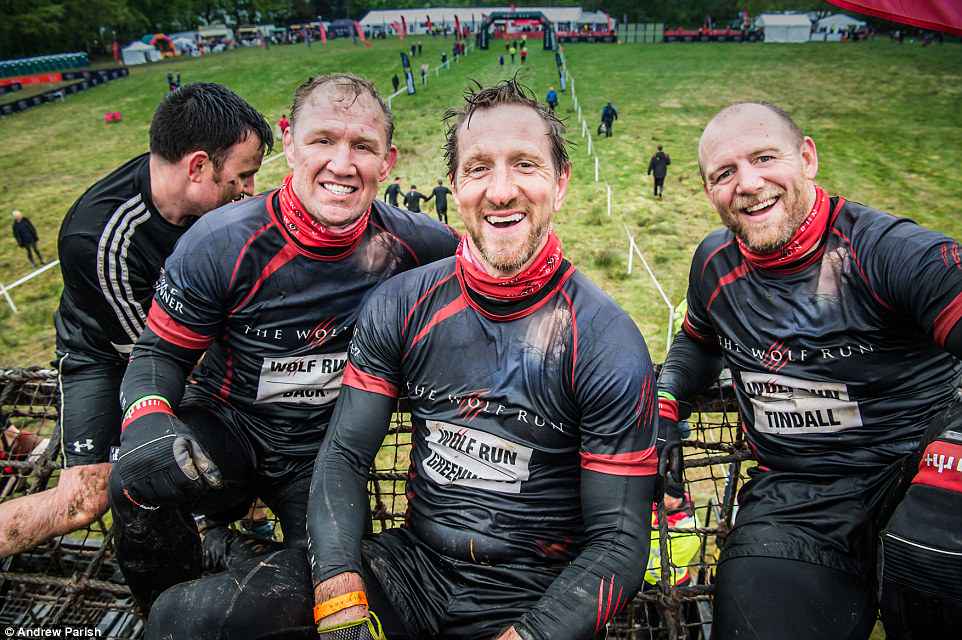 Tindall (right) with his friends at the event. He showcased a very straight new nose, suggesting he has had a second operation 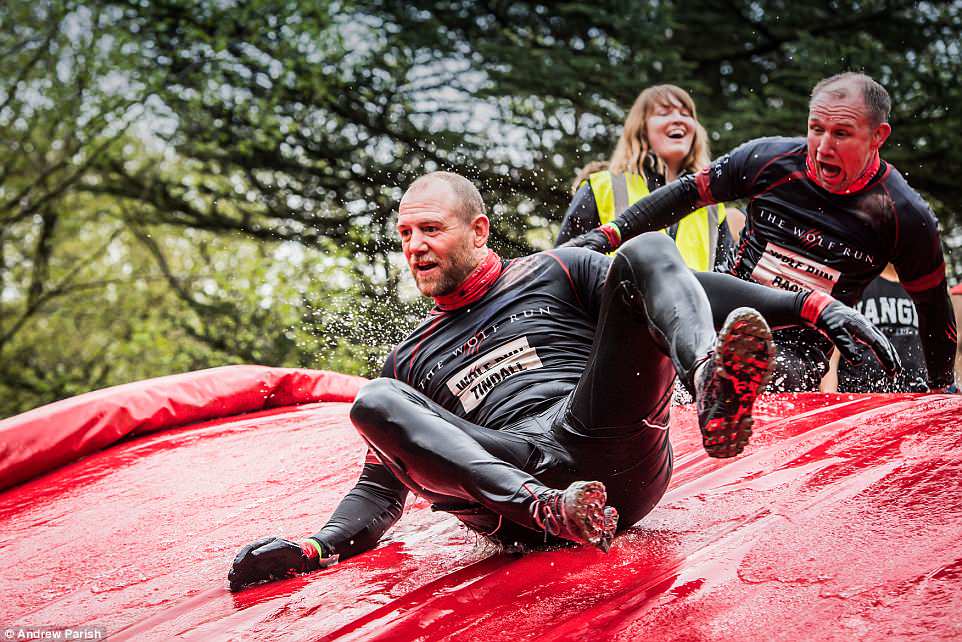 Tindall shoots down a red water slide during the obstacle course, daintily balancing on his bottom and using his hands to steady himself 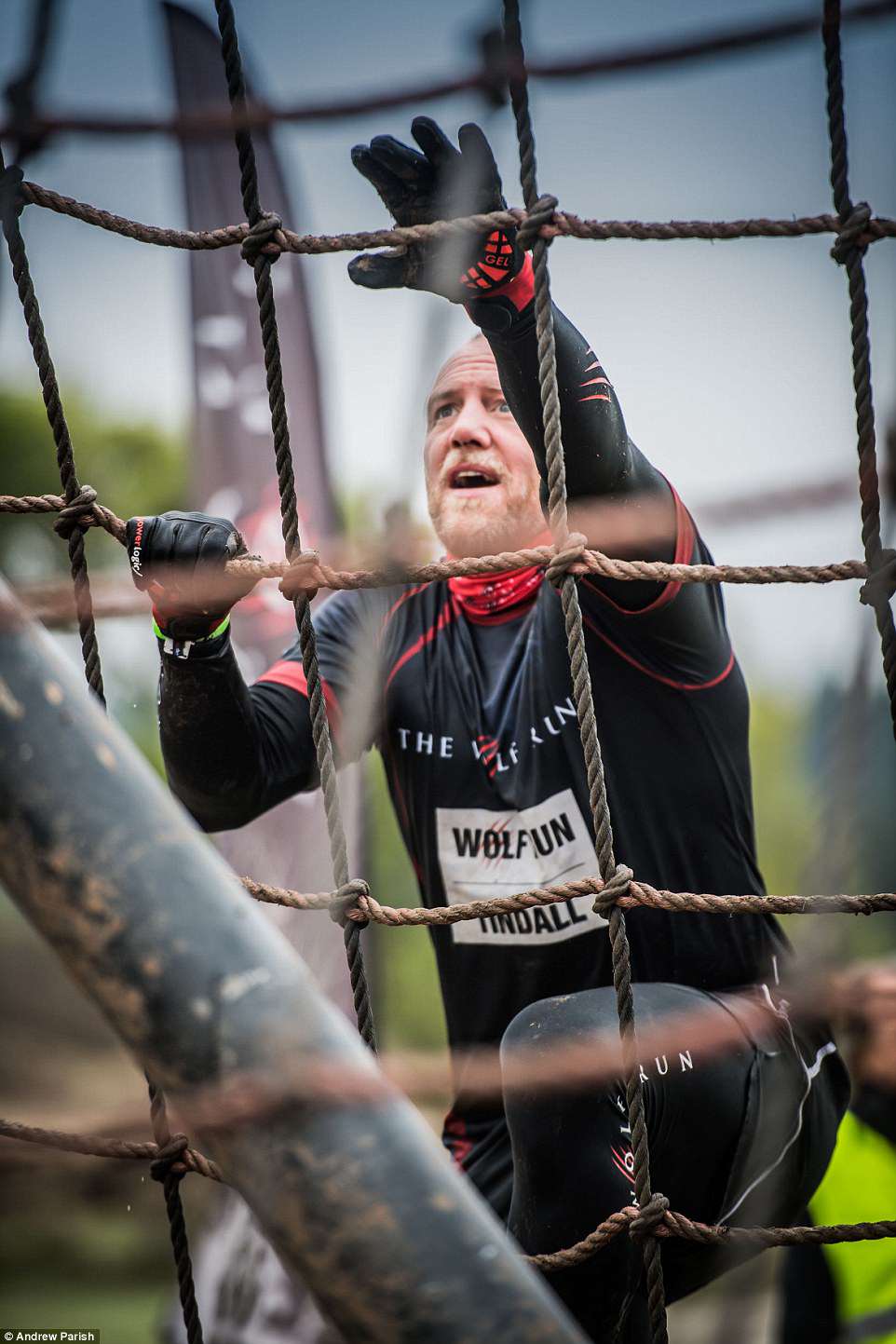 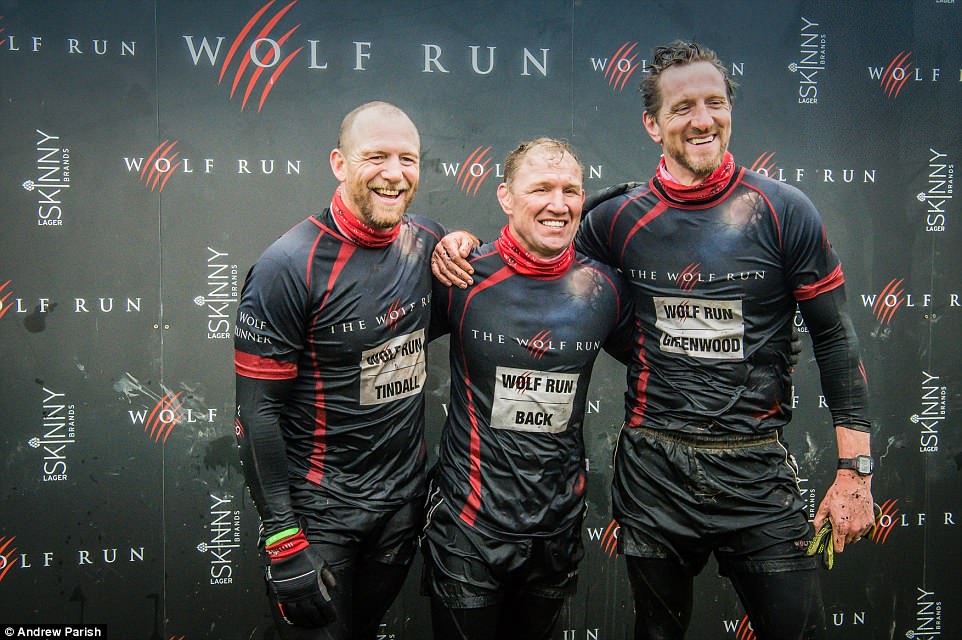 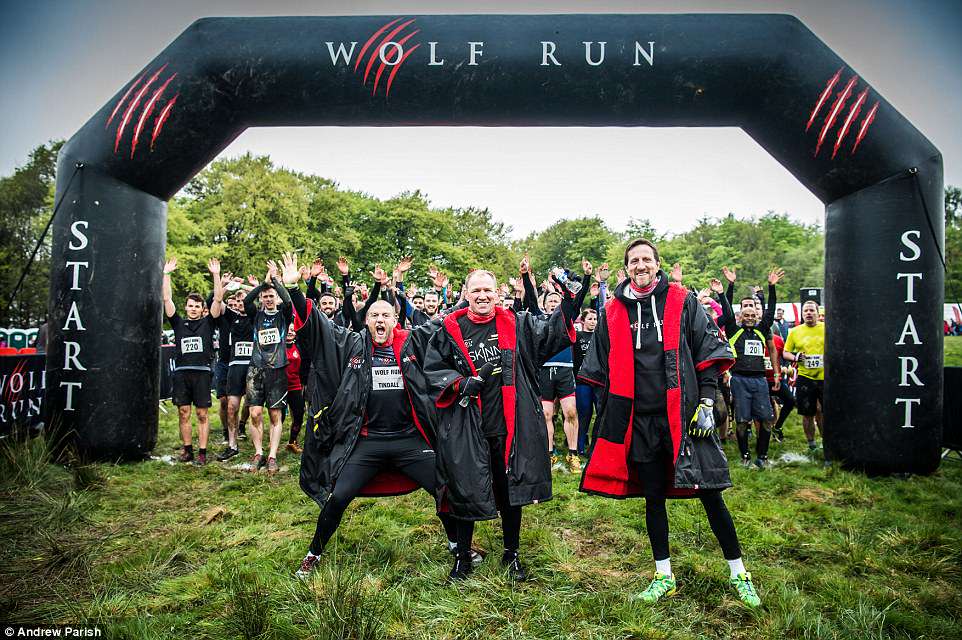 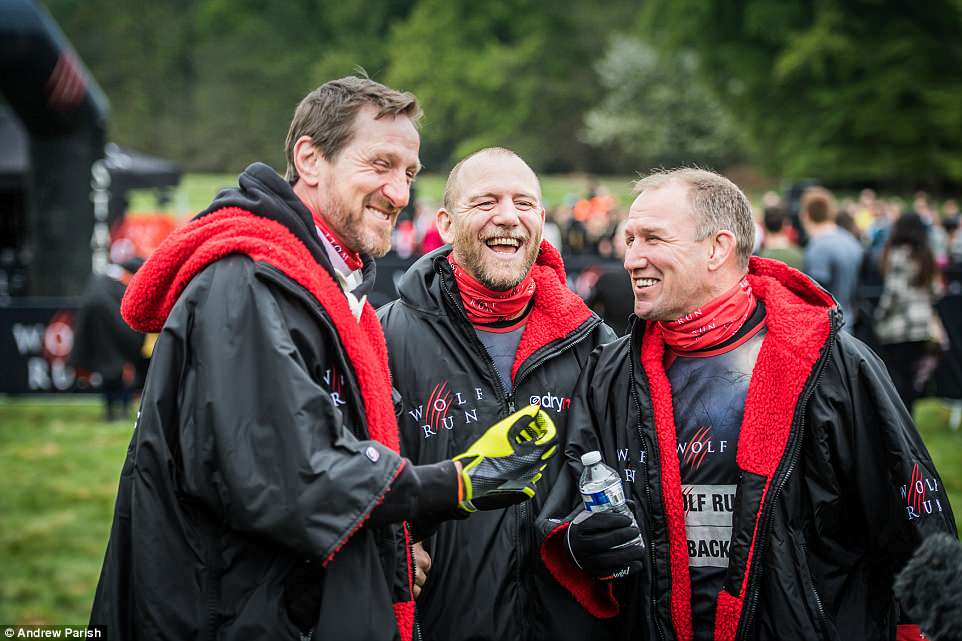 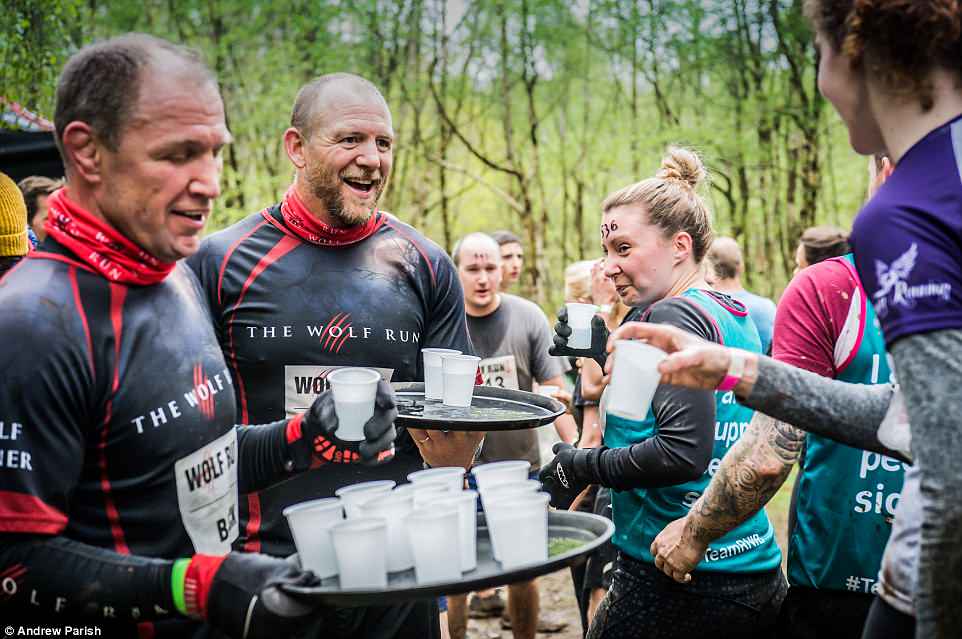 Drinks all round! Tindall and his friends downed some well-deserved water after steaming through the muddy obstacle course 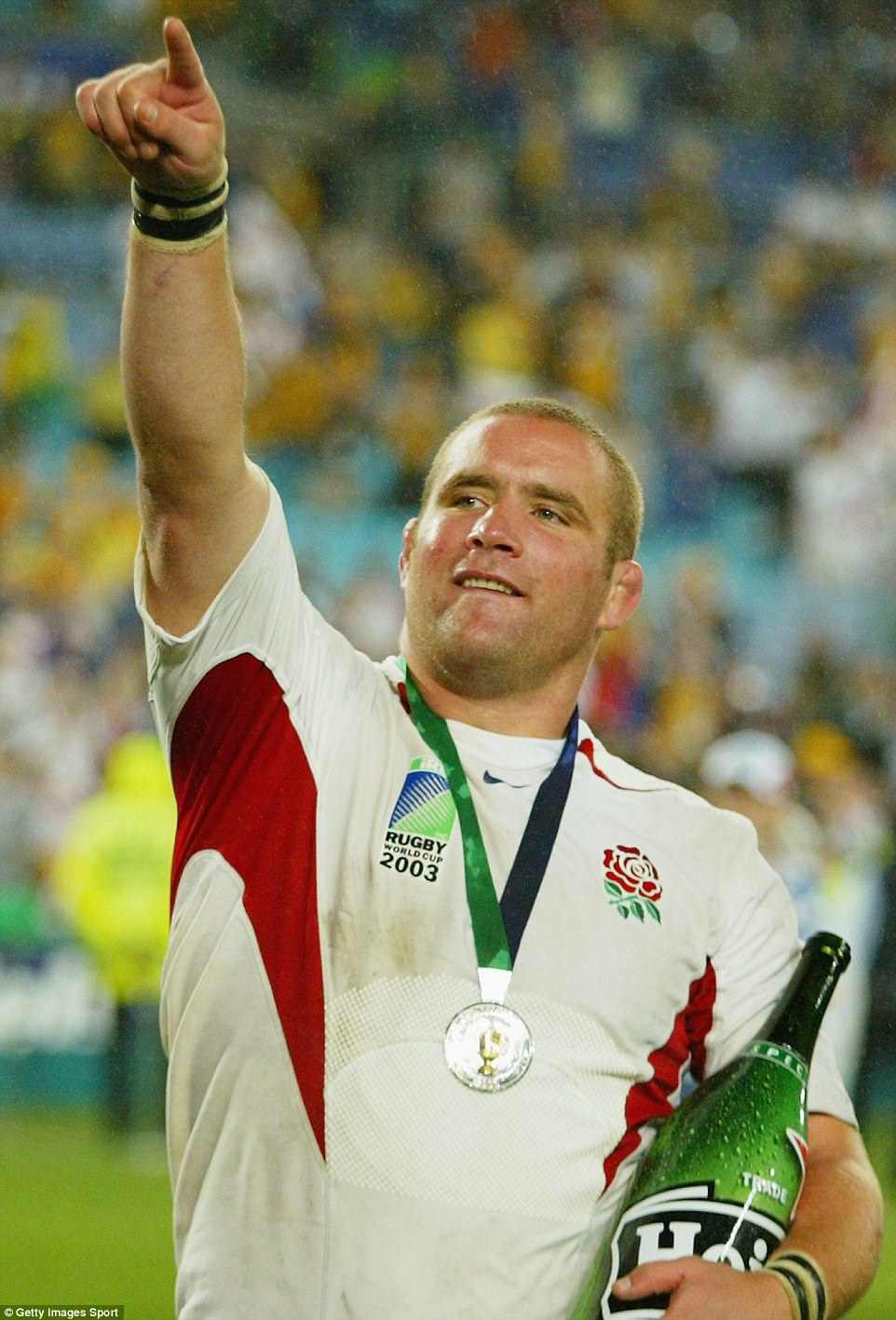 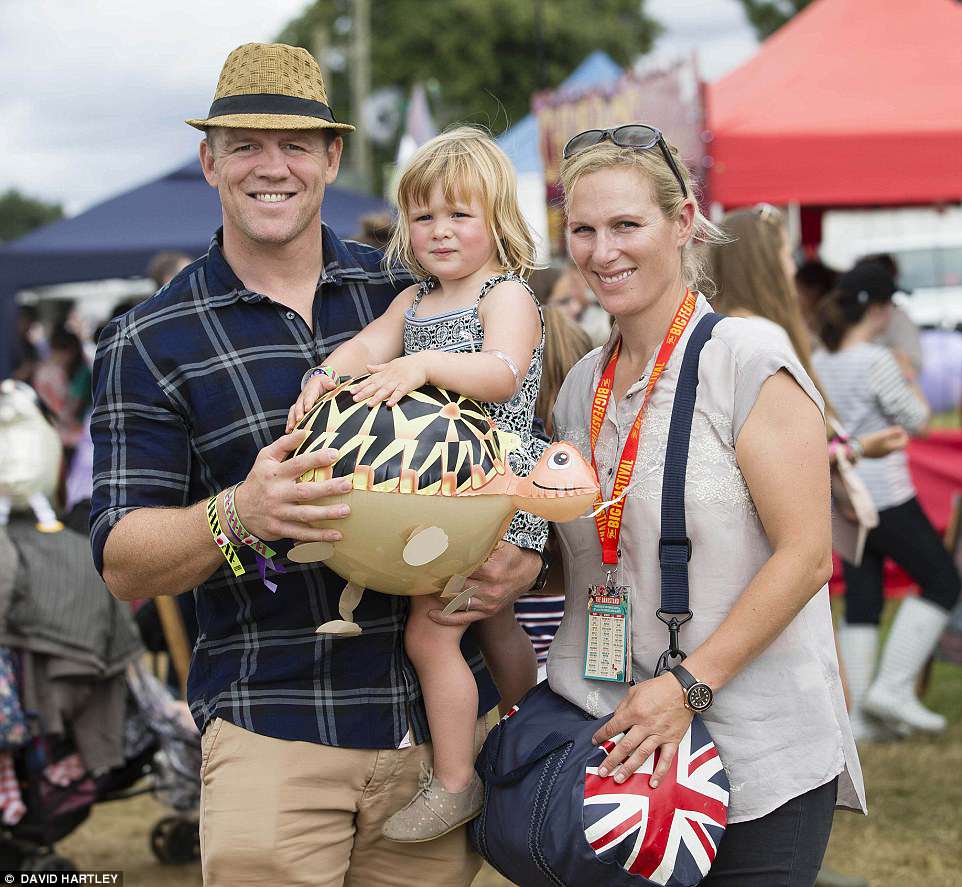 Tindall with his wife Zara Phillips and their daughter Mia at a food festival in Oxfordshire. The pair are expecting their second child in the summer 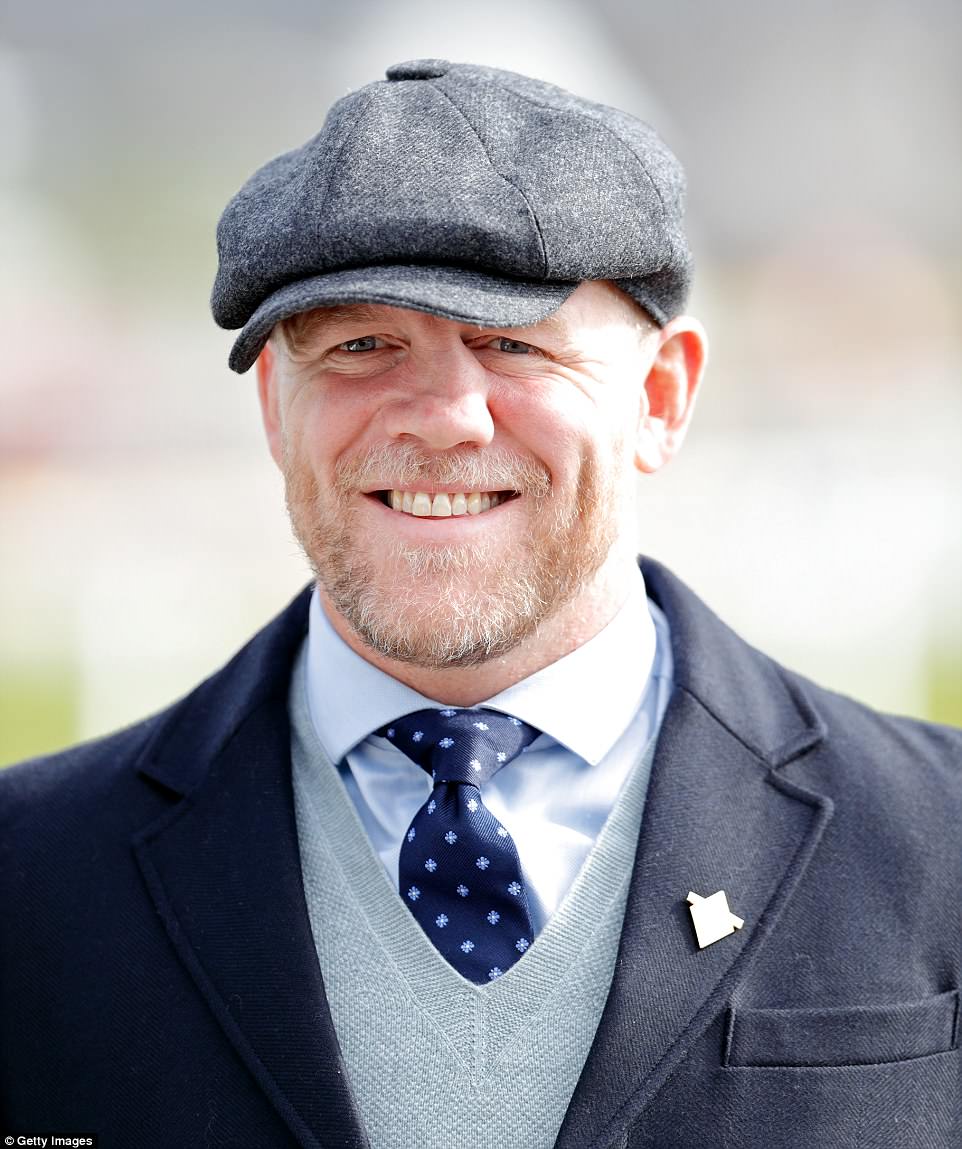 Tindall before his nose operation. He broke his nose at least eight times during his 12-year career