A casket draped in yellow roses and TV royalty in sombre black: Broadcast legend Mike Willesee is laid to rest in full Catholic mass after he died from throat cancer age 76

Legendary TV journalist Mike Willesee has been farewelled by family, friends and Australia’s media elite at a full Catholic mass.

Hundreds gathered to celebrate the life of Willesee, known for his spellbinding broadcast interview technique, at the city’s St Mary’s Cathedral on Friday morning. He died a week ago at 76 following a battle with throat cancer.

It has been a particularly momentous week for the pair, with Langdon giving birth to their second child, daughter Scout, two days after he passed away.

The priest presiding over the ceremony told mourners: ‘He was no plaster cast saint and I’m not here to sanitise him.’

But Willesee wanted those gathered to ‘pray to God for his eternal soul’.

Farewell to a legend: Broadcaster Mike Willesee’s casket arrives at Sydney’s St Mary’s Cathedral draped in yellow roses for his full pontifical mass on Friday morning. He died after a lengthy battle with throat cancer on Friday, age 76 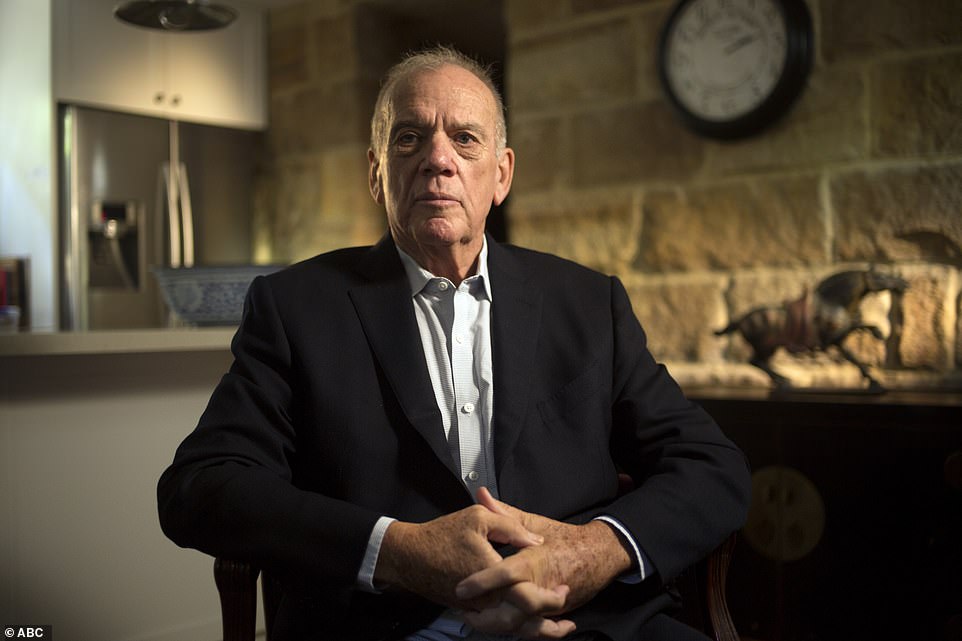 Over the course of his life, Willesee duelled on air with the country’s most powerful people on Seven, Nine and ABC TV; survived alcoholism and a plane crash and lost and rediscovered his Catholic faith 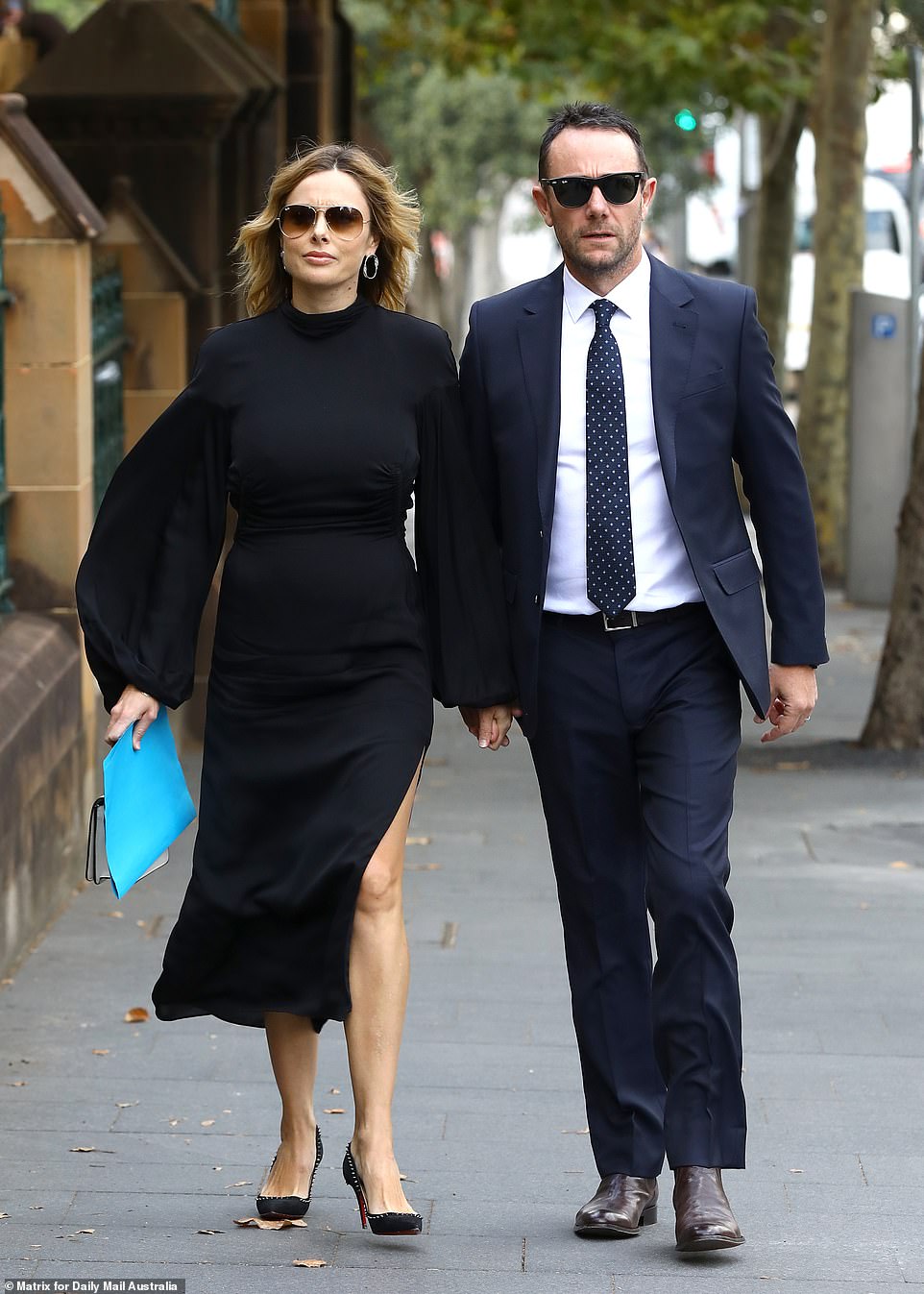 A momentous week: His son, Mike Willesee Jr, and daughter-in-law Allison Langdon, arrive at the service. The couple welcomed their second child, daughter Scout, into the world on Sunday, just two days after Mike’s death 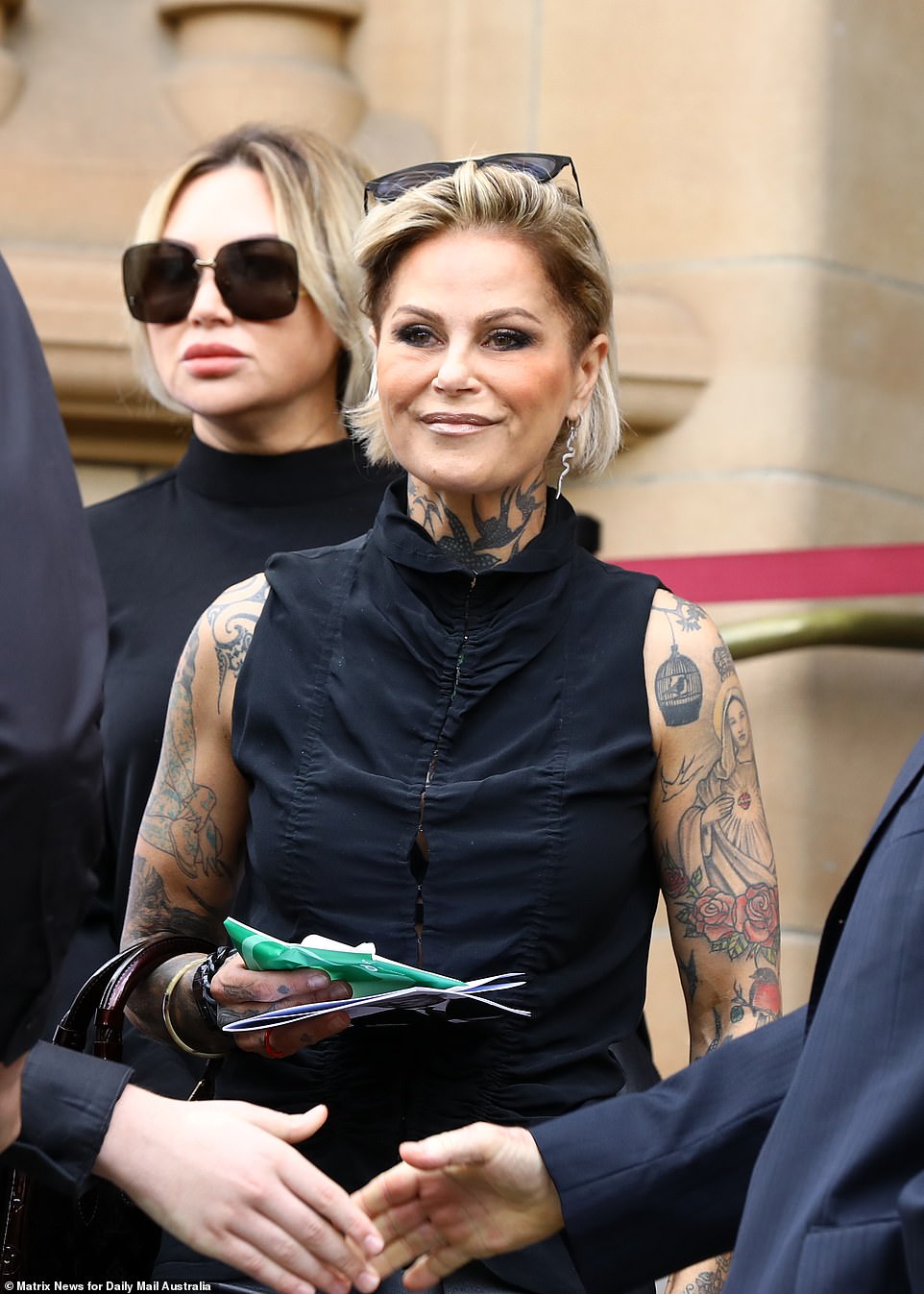 Willesee’s third and final wife, Gordana, outside the church. The pair had a son, Rok, but separated in 2010 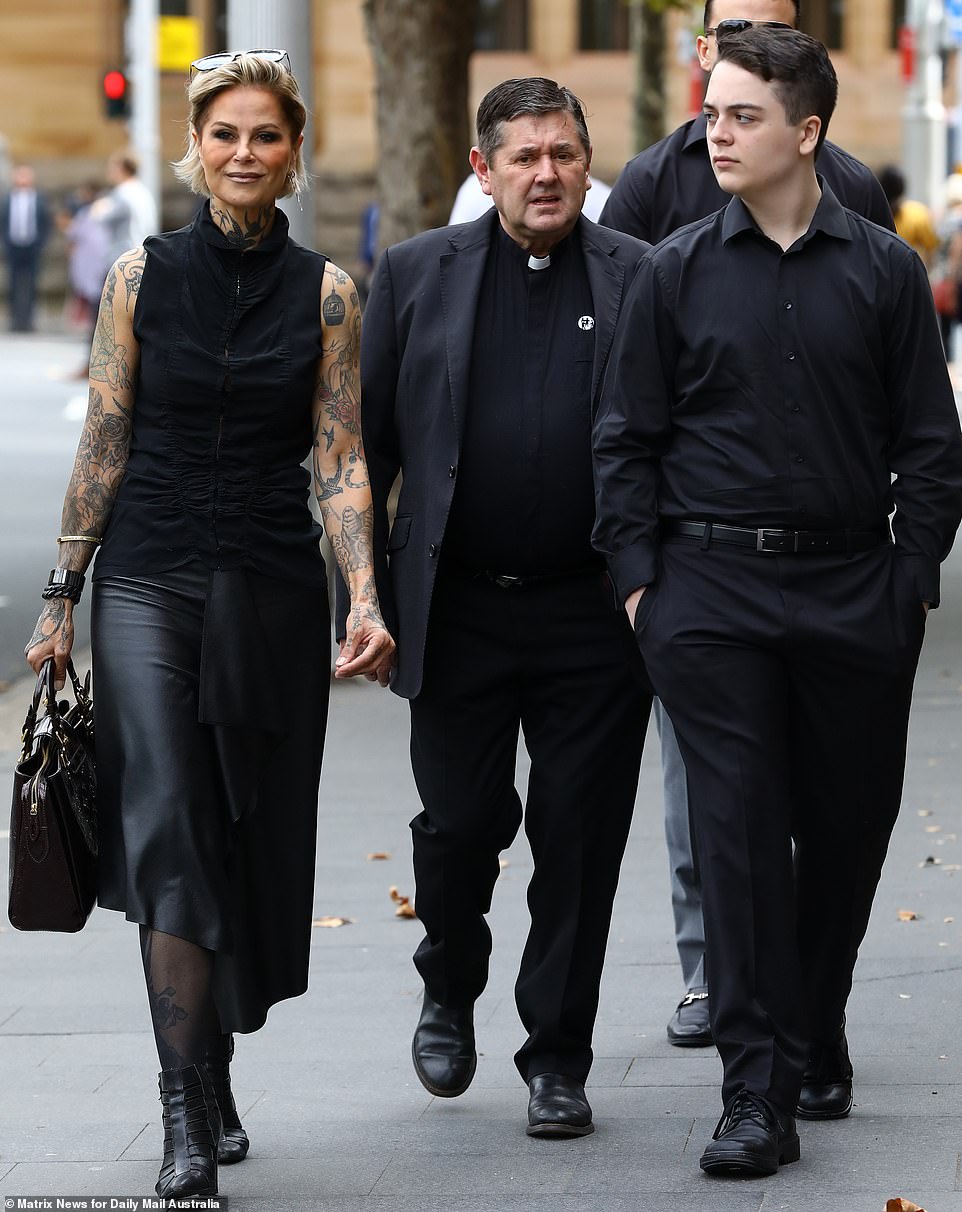 Gordana with well-known Sydney identity, Father Chris Riley – the founder of Youth Off the Streets 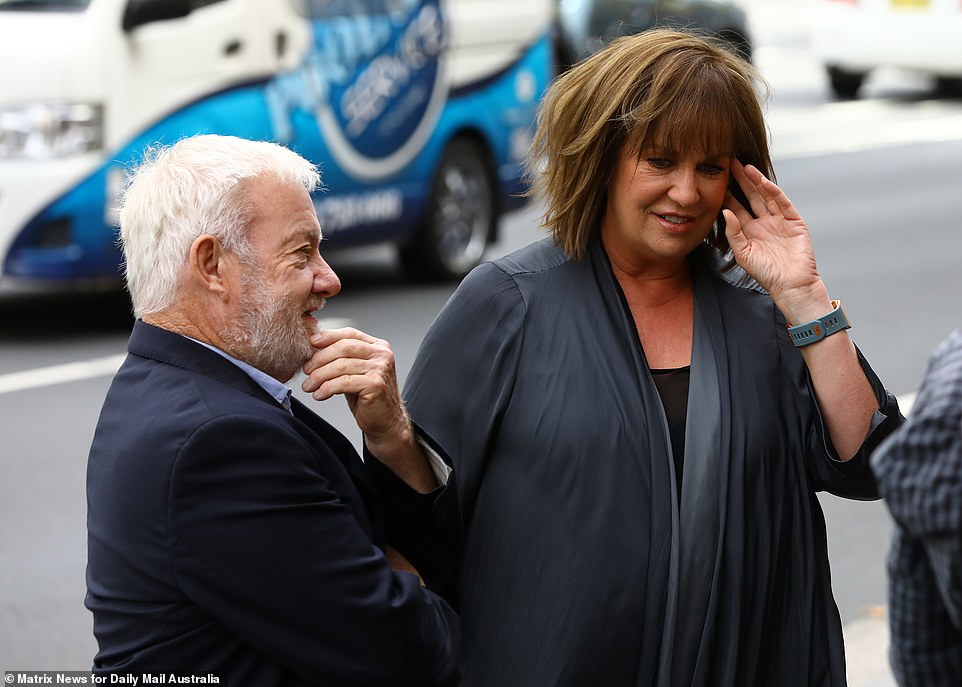 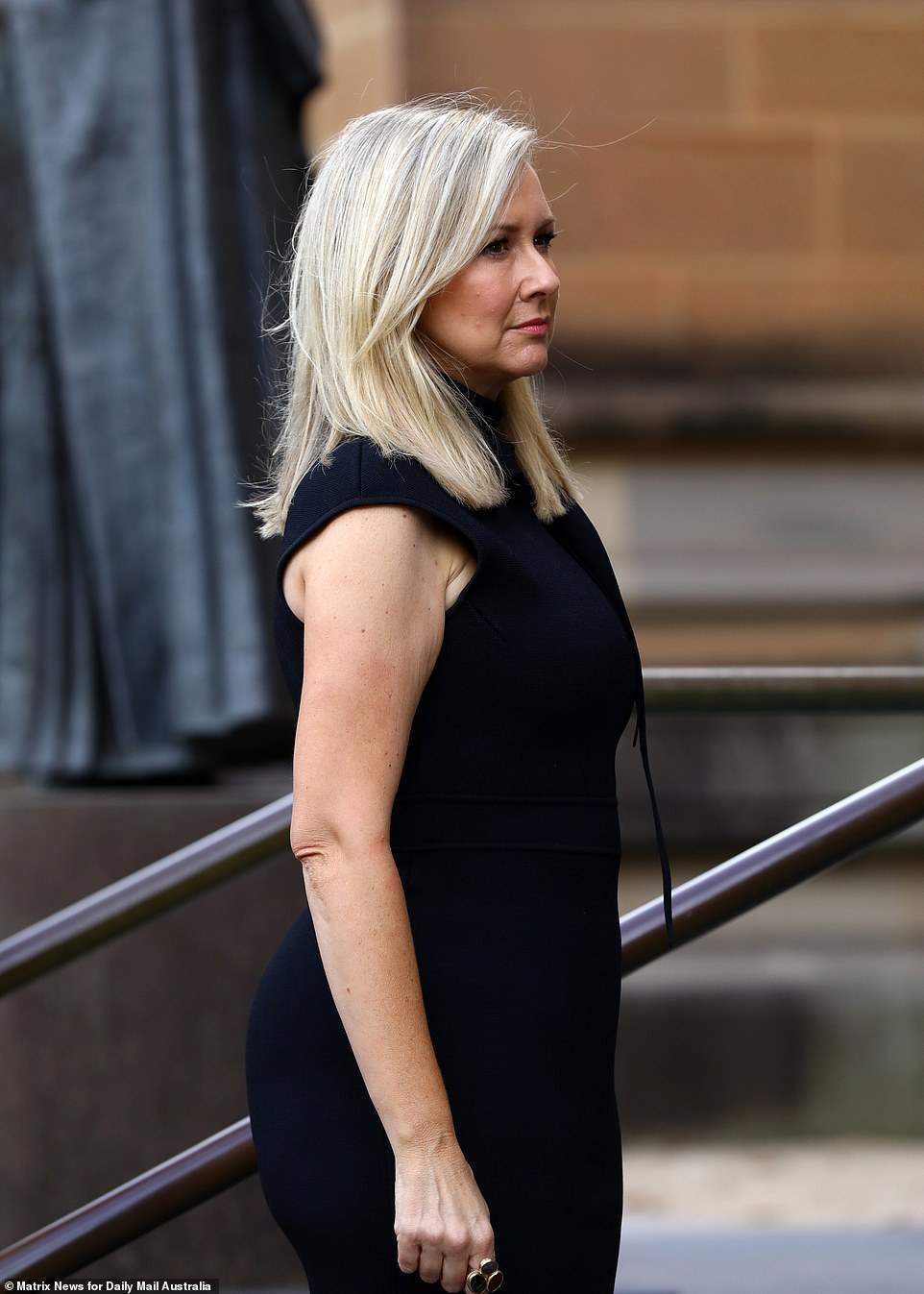 Sunday Night host Melissa Doyle was in attendance. Willesee’s final role was as a contributor on the Seven Network program

His casket was draped with yellow flowers.

Nine entertainment editor Richard Wilkins, Seven’s Melissa Doyle and TV bigwig Peter Meakin were among those who attended the service.

Over the course of his colourful life, Willesee duelled on air with the country’s most powerful people on the Seven, Nine and ABC TV. 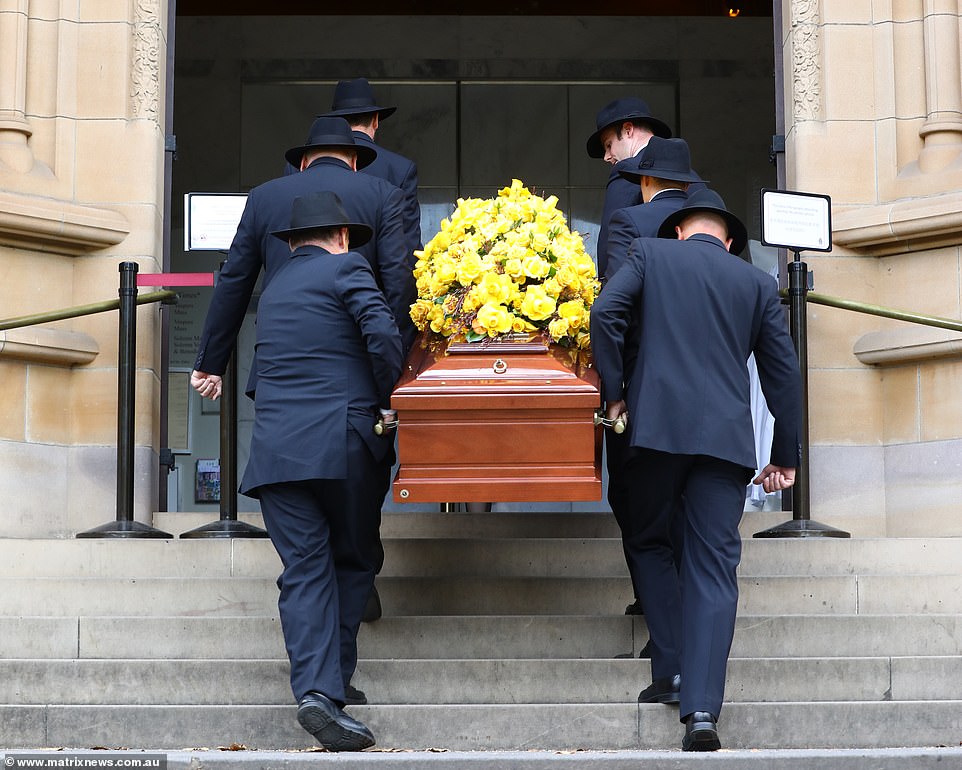 The casket was slowly led up the steps by pallbearers, all six in matching navy suits and hats 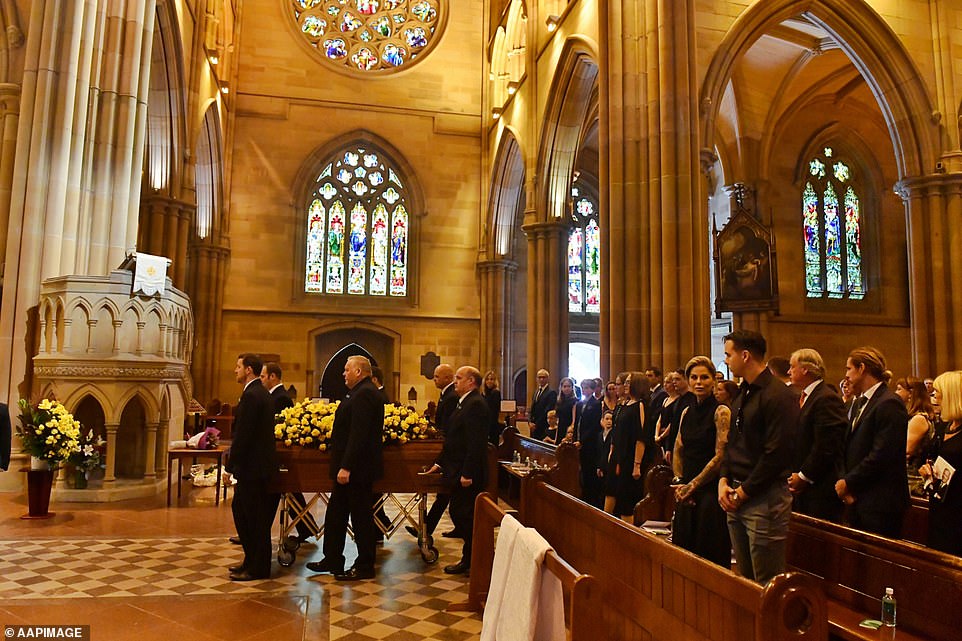 He was best known for his masterful interviewing style, including an interview with former Opposition Leader John Hewson on the GST’s effect on the price of a birthday cake.

Sydney’s Catholic Archbishop Anthony Fisher will oversee the requiem mass, which begins at 10.30am on Friday.