Anti-vaccination protesters threaten to send thousands of vials of Covid jabs into the bin in a wicked campaign to sabotage the vaccine rollout.

Anti-vaxxers have taken to social media and encrypted search engines in a co-ordinated effort to stympie the nation’s efforts to vaccinate the population by deliberately failing to turn up for vaccination appointments.

As a result, thousands of bookings have gone begging and vital supplies of vaccines are being wasted.

A source within Victoria’s health department has told Daily Mail Australia authorities are aware of the ‘wicked’ campaign that threatens to extend lockdowns across Australia. 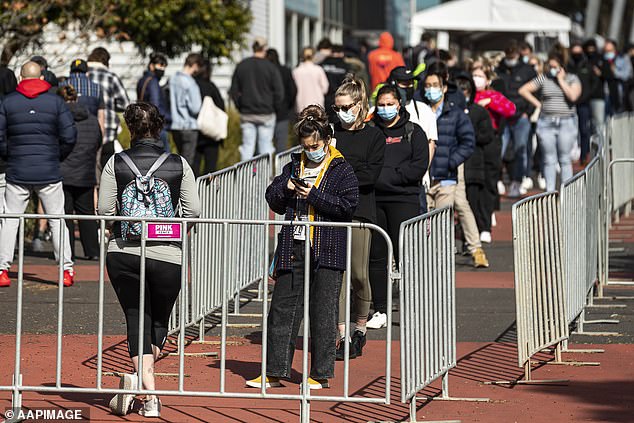 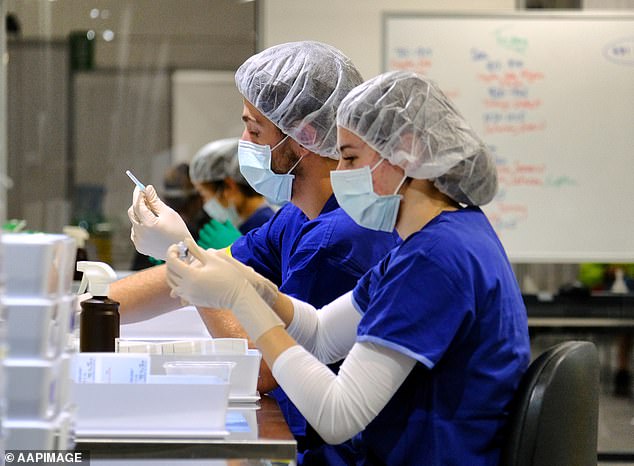 DuckDuckGo is effectively a search engine similar to Google that promises to keep your dealings a secret from authorities.
‘It is a myth that you can’t be tracked while using so-called “Incognito” mode,’ its website states.

‘In fact, Incognito mode mainly just deletes information on your computer and does nothing to stop Google from saving your searches, nor does it stop companies, Internet service providers, or governments from being able to track you across the Internet.

‘We have everything you’ve come to expect in an online search experience, and a few that make searching the Internet not only private, but also a bit more fun!’

The campaign has been described by those within the health department as ‘disgusting’.

It is understood anti-vaxxers have directed their followers to encrypted messenger apps such as Telegram in addition to the DuckDuckGo search engine to spread their vile campaign.

Victoria’s health department did not respond to Daily Mail Australia’s questions on Wednesday and Thursday.

But the health worker insider, who wished to remain anonymous, said health workers were well aware of the attempts to undermine the state’s vaccine rollout.

‘It’s disgusting because they are encouraging people to make fake appointments and not turn up,’ the source said,

It is understood the campaign was thrown into top gear last week – before hundreds of anti-vaxxers joined in an ugly ‘freedom’ protest through Melbourne’s CBD.

The AstraZeneca and Pfizer vaccines carry a shelf life of just six months.

Earlier this month, the Federal health department revealed hundreds of thousands of doses of Pfizer and AstraZeneca vaccines had been wasted because people did not turn up for their appointments or were administered wrong.

In Victoria, about 10,000 people a day are cancelling or failing to turn up to their Covid-19 vaccination appointments, Mr Andrews revealed just days ago.

Health officials have warned vaccination is the nation’s only way out of repeated lockdowns. 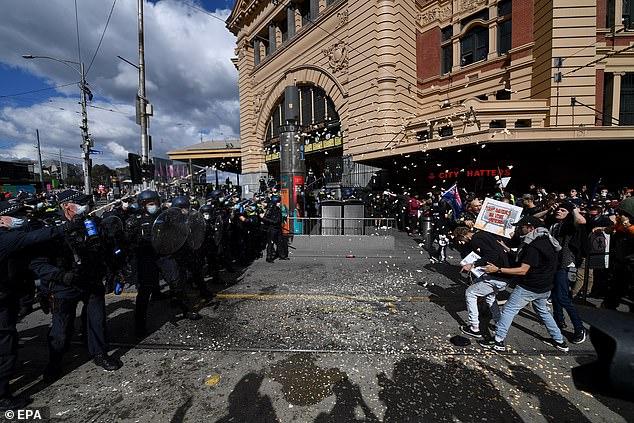 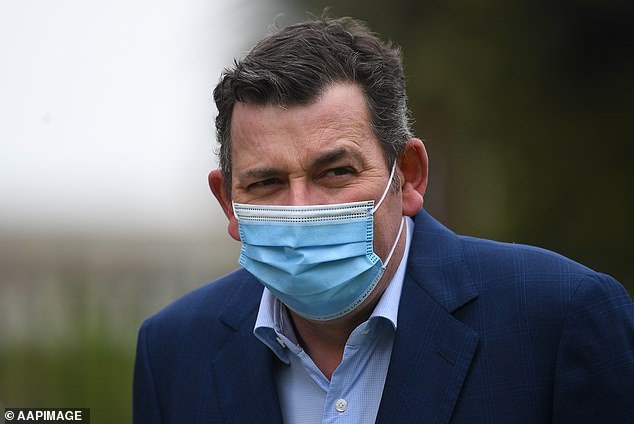 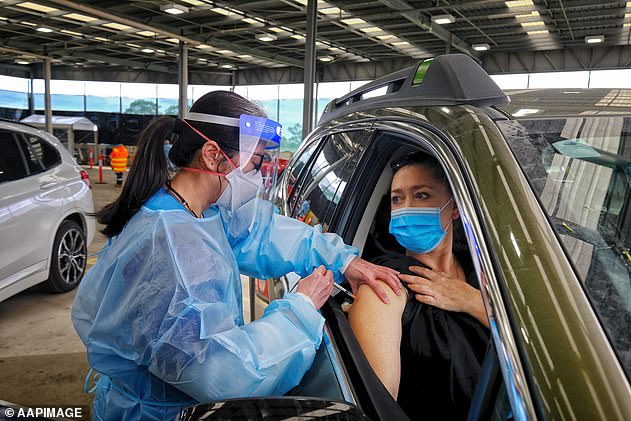 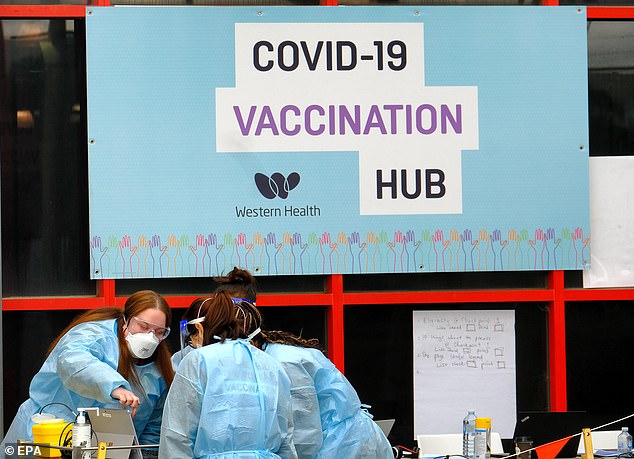 ‘Vaccines expire and if you have 25 bookings and just two turn up, heaps of people are missing out,’ the source said.

‘This is our only way out of this. If you want get out of lockdown you shouldn’t be sabotaging the system.’

On Thursday, New South Wales Premier Gladys Berejiklian announced a range of new ‘freedoms’ for those residents that get the vaccine.

From September 13, anyone who is fully vaccinated and lives outside of an area of concern can gather in groups of up to five in their own local government area or within 5km of their home.

Residents living in households where all adults have been vaccinated in one of Sydney’s 12 hotspots will be allowed outside together for another hour on top of their one-hour exercise limit.

The state leader said NSW was on track to fully vaccinate 70 per cent of its population by as early as mid-October.

Millions of Australians have received the vaccine on the promise of more freedoms once they’ve had both jabs.

A business can refuse entry or service to anyone as long as they don’t breach anti-discrimination laws based on race, age, gender or disability under existing laws and have the backing of Prime Minister Scott Morrison to do so.

‘We all believe in freedom, but we also believe in people being healthy.

‘And the simple fact is, if you’re not vaccinated you present a greater health risk to yourself, to your family, to your community and others about you,’ he said.

The National Cabinet will meet on Friday to discuss a proposal to link certain freedoms to a vaccine passport once 70-80 per cent of the population is fully vaccination.

Freedoms could include attending It could be key to going to sporting events, concerts and businesses will have the right to turn away people who aren’t vaccinated.

Victoria recorded its largest spike in Covid cases on Thursday since the second wave, with 80 new infections overnight.

Those include 13 mystery infections, and 41 who were in the community while infectious.

More than 30,000 Victorians were vaccinated on Wednesday, with large queues stretching  out of vaccine hubs.

Mr Andrews urged frustrated Victorians to continue their efforts to receive the vaccine despite the current delays.

‘I would encourage people to go back and stick to it, because it is the way out of restrictions and out of our hospitals being overwhelmed and our way back to normal life,’ Mr Andrews said.

‘You have to be patient. There is no choice, but there are appointments that can be made.’ 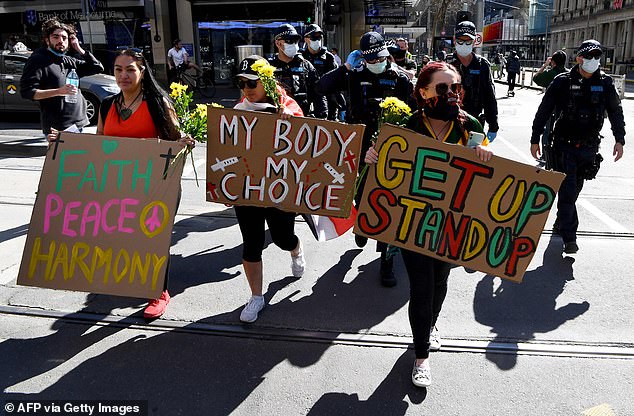 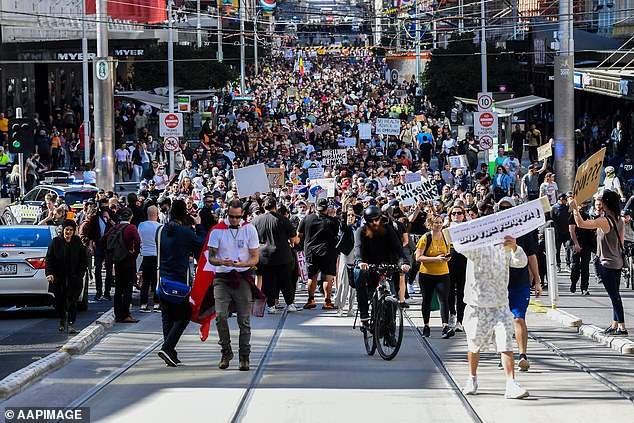