Military writer, 53, hanged herself beside love letter to her husband

A talented writer and mother of three hanged herself after she began losing her ability to pen magazine articles due to bouts of illness.

Kate Perrett-Clarke, 53, had forged a successful career in writing academic pieces for military publications but her medical conditions, which included memory loss and the chronic fatigue syndrome ME left her barely able to draw a clock face.

This inability to continue to pursue her passion led her to take her own life. She was found by her husband Malcolm last March, next to her was a love letter she had previously penned to him before he had travelled to Scotland for six weeks.

The symptoms of her illness meant she needed a sat nav all the time in case she forgot where she was going and she eventually became so overwhelmed by fatigue that she compared getting around her home to ‘running a marathon.’

Mrs Perrett-Clarke studied politics and English at Loughborough University before getting a teaching qualification, was a talented writer who researched a number of topics and had a ‘passion for words.’

She had settled in Blackpool with her husband, a former solider for the last five years of her life, after moving around the country for many years with his military job. Mrs Perrett-Clarke had lived in Blackpool with her husband of 17 years, Malcolm (pictured)

Friends and family described her as ‘a joy and a whirlwind’ who was ‘full of life with a positive presence.’

In a notebook Mrs Perrett-Clarke wrote: ‘I feel confused and find it really hard to understand what people are saying sometimes. My concentration has gone. I am getting very irritable and that is not like me. My sleep has changed, I have no idea who people are’.

Last March 19, she called her husband of 17 years Malcolm and her daughters to say she loved them then posted a message on Facebook saying: ‘Goodbye.’ 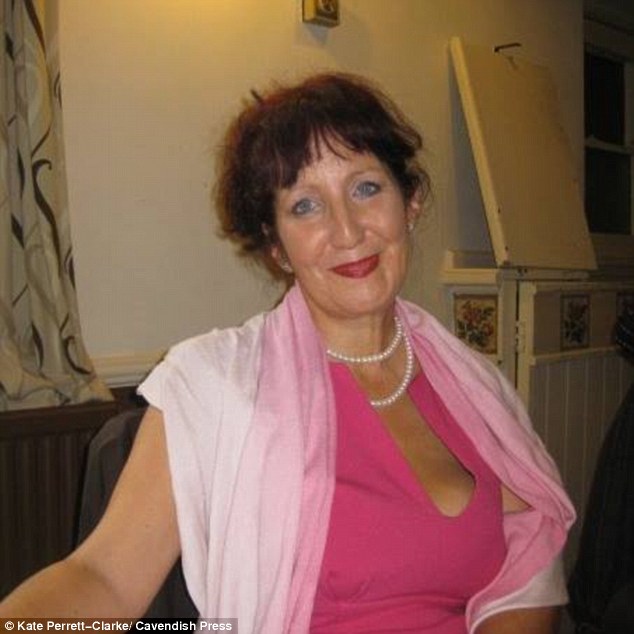 Her passion was writing, but she also enjoyed punk music and her husband had planned to take her to the Rebellion punk festival

She was later found hanged from a stairwell at her seaside home in Blackpool, Lancashire.

An inquest heard Mrs Perrett-Clarke who also had four grandchildren started experiencing psychological problems in 2014 when she visited her GP complaining of memory loss.

She had cognitive assessments in 2016 and 2017 and tests confirmed that there was a decline in her cognitive processing abilities, meaning that she would struggle with language expression, concentration and memory. 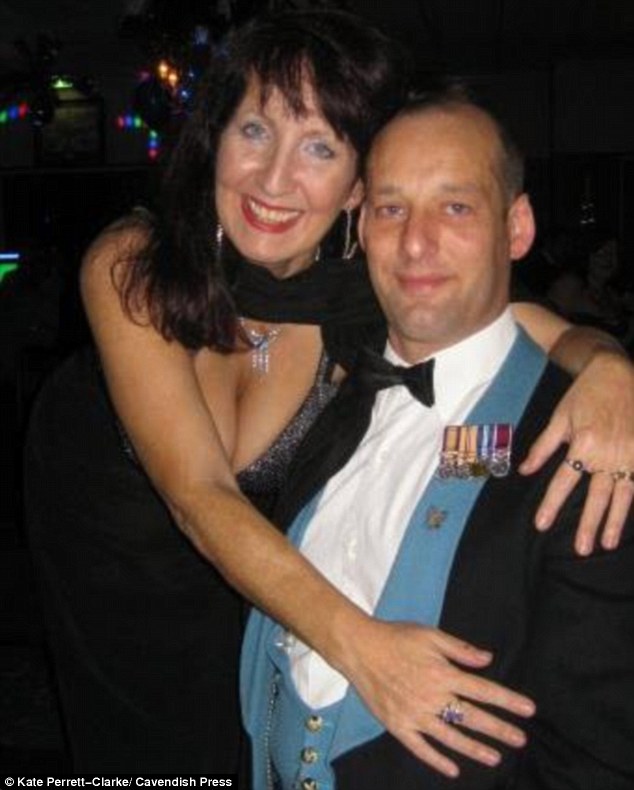 The mother of three called her husband and her daughters, then posted a message on Facebook before taking her own life

Doctors prescribed her with a number of medications including the anti-depressant sertraline and iron. She was also taking morphine as a painkiller for her ME symptoms.

Recalling the day of the tragedy Mr Clarke, who works a minibus driver, said: ‘I had been out to work in the early afternoon and came home at around 5pm. We spent some time curled up on the sofa together, Kate seemed fine that day.

‘I had another job to do that evening picking up a party from Manchester airport. She had called me while I was driving saying that she loved me, but this seemed normal to me. She had also phoned her daughters to tell them the same thing. ‘When I came home the door was unlocked which was not unusual and I found her on the stairwell. I gave her CPR and so did the paramedics but she had already gone.

‘That night when I went out she was talking about taking the dog for a walk. She was a little drunk but had not had a lot to drink. When she called me I knew she had been drinking but I was not worried.

‘A post was put was on her Facebook page which just said ‘goodbye’ which is part of the reason why my stepdaughters had called me. Her eldest daughter removed the post because she found it quite distressing. 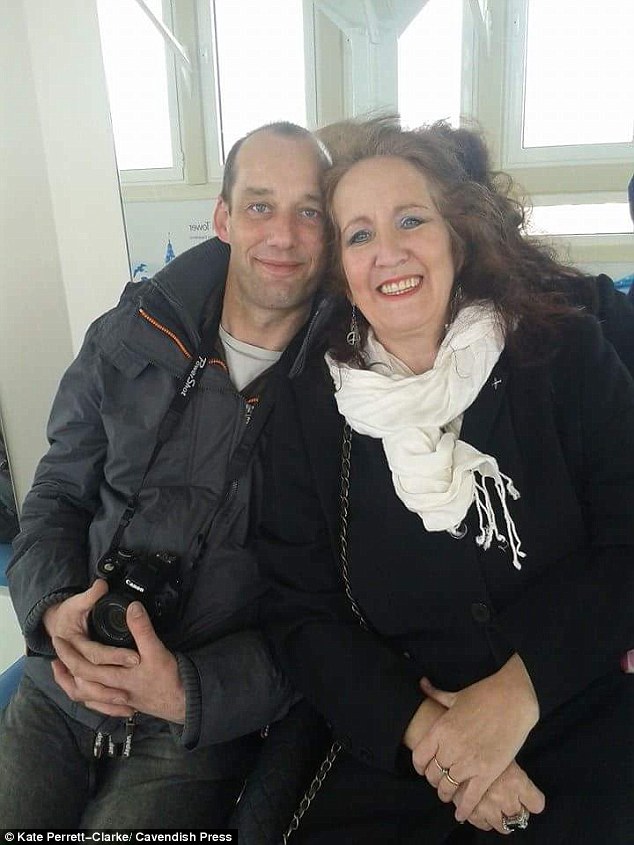 ‘We had plans for Kate to go to Rebellion punk festival. We had made plans to go camping. I never saw this coming at all. In some ways, I would like to think it was an accident and that she would not do it to herself and the girls.’

Recording a verdict of suicide, coroner Clare Doherty said: ‘In recent years Katherine had suffered disabilities both physically and mentally. She had suffered memory loss and this meant that she was unable to write. ‘More recently tests had shown that her cognitive function had declined and this was a source of sadness for her. It is clear that she continued to enjoy her life despite having good and bad days. She had three daughters and a husband and a family pet.

What is ME? Chronic fatigue syndrome that causes extreme tiredness and affects mainly women

Chronic fatigue syndrome (CFS) is a long-term illness with a wide range of symptoms. The most common symptom is extreme tiredness.

CFS is also known as ME, which stands for myalgic encephalomyelitis.

CFS/ME can affect anyone, including children. It’s more common in women, and tends to develop between your mid-20s and mid-40s.

The main symptom of the condition is feeling extremely tired and generally unwell.

In addition, people with CFS/ME may suffer from the following:

· a sore throat or sore glands that aren’t swollen

· The severity of symptoms can vary from day to day, or even within a day

‘On 19 March her husband had observed that she had been drinking alcohol, but his observation was that she had not drank to excess. He went out to work, she was merry but did not sound incoherent.

‘There was nothing to indicate that she might do what she did and there does not seem to have been any background to the decision for her to take her own life – but looking at what she did I can not think that this was an accident or that this was a case of misadventure.

‘Although this appears to have been an impulsive act, I am satisfied she did take her own life.’

Her husband told the Blackpool hearing: ‘Before her death, those around her had noticed the difference in her. Words and books were her love but now she could not even draw a clock face without struggling. She needed a sat nav all the time in case she forgot where she was going and those closest to her noticed a decline.

‘She suffered with ME as well. Some days she would get up and we would know no difference but other days she could just about get up and only reach the sofa. She would say she had felt like she had run a marathon. Over a long period she had become more confined to the house and less willing to go out.

‘She loved punk music, second only to her books and would go the Rebellion punk festival. I think that this was a build-up of little bits, she was losing her words and words were Kate’s life and her love. It was little bits like that which doctors just did not seem to recognise which is why she kept going back to them.’