They tied the knot in a fairytale ceremony in West Sussex in June.

And Millie Mackintosh and Hugo Taylor looked like the picture of newlywed bliss as they attended Jodie Kidd’s star-studded 40th birthday party at The Mandrake in London on Friday.

The Made In Chelsea star, 29, looked smitten as she cuddled up to her former co-star, 32, at the party – where Jeremy Clarkson put on a giddy display while posing with the birthday girl.

Cute couple: Millie Mackintosh and Hugo Taylor looked the picture of newlywed bliss as they attended Jodie Kidd’s star-studded 40th birthday party at The Mandrake in London on Friday

Millie looked typically chic on the night, donning a navy velvet slip dress with a plunging neckline and a sheer lace hemline.

Adding an androgynous edge to her ensemble, she wrapped up in a longline black duster coat.

The reality star styled her caramel-hued tresses in a sleek middle-parting and framed her features with minimal make-up. 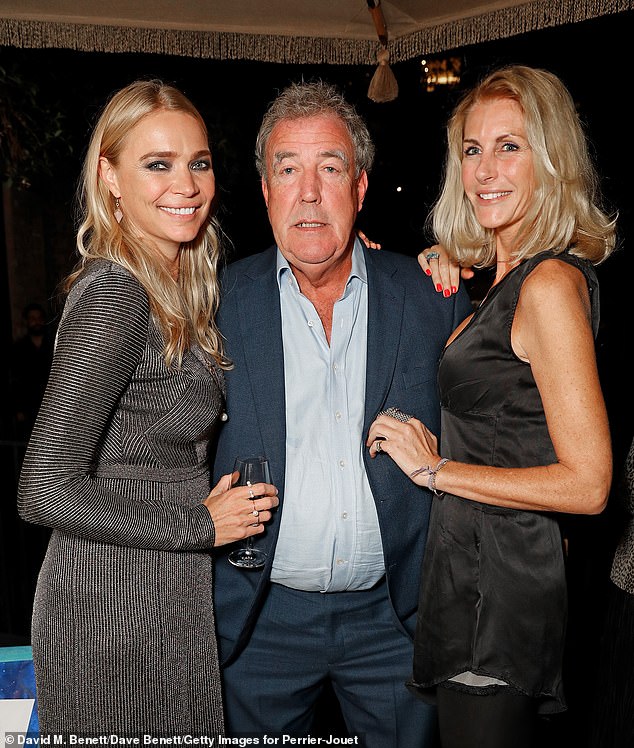 Three’s a crowd: Jeremy Clarkson looked giddy as he posed with Jodie Kidd and his girlfriend Lisa Hogan 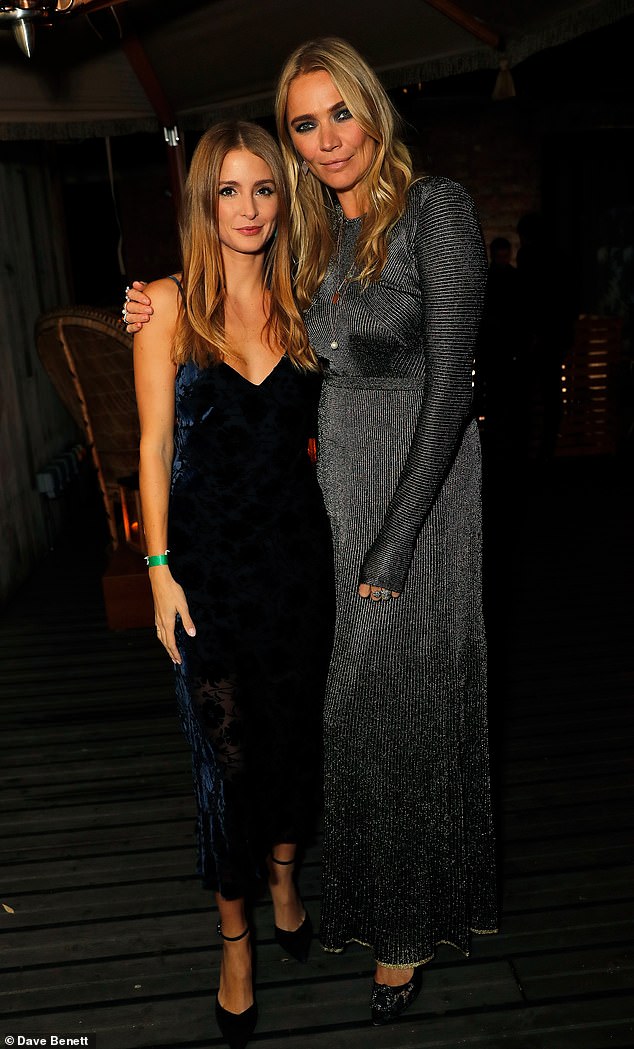 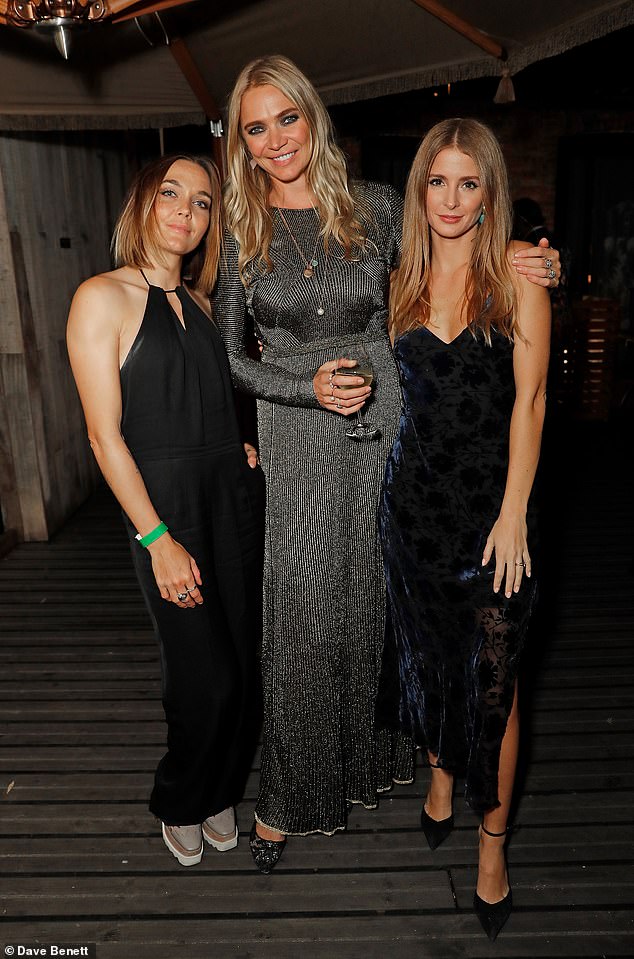 Glam; The reality star styled her caramel-hued tresses in a sleek middle-parting and framed her features with minimal make-up

The fashion designer and make-up artist married at his uncle’s country estate, Whithurst Park, in West Sussex on June 22 in front of a host of famous faces.

The couple dated in 2011 while on Made In Chelsea, but split when it emerged Hugo had cheated on her with her friend Rosie Fortescue, who attended the wedding alongside a bevy of their other co-stars including Caggie Dunlop and Jamie Laing.

They reunited in May 2016 shortly after Millie’s split from first husband, rapper Professor Green. Millie was married to the musician, real name Stephen Manderson, 34, for two-and-a-half years. 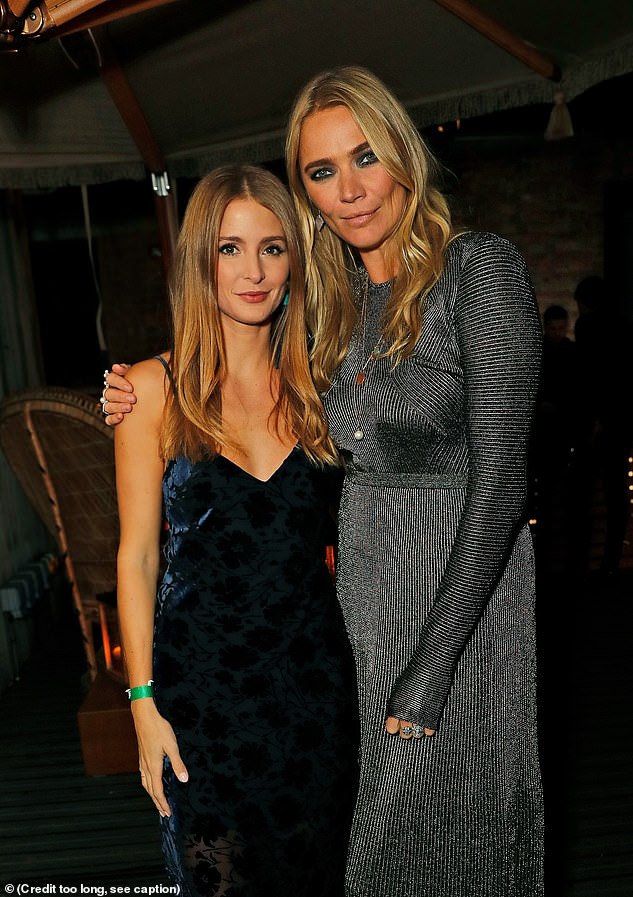 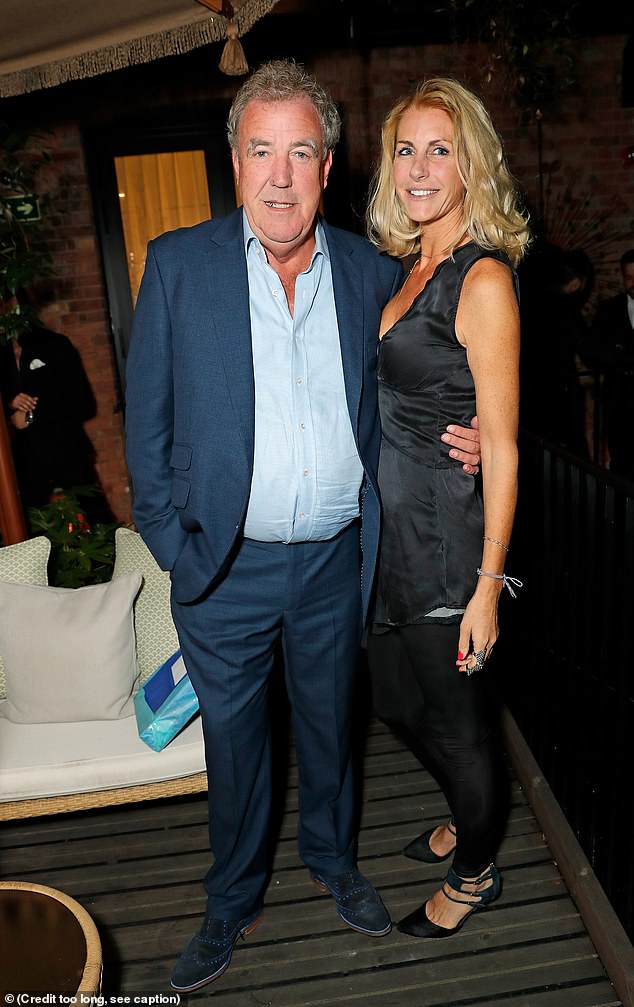 Smitten: Jeremy appeared to be in great spirits as he posed with Lisa 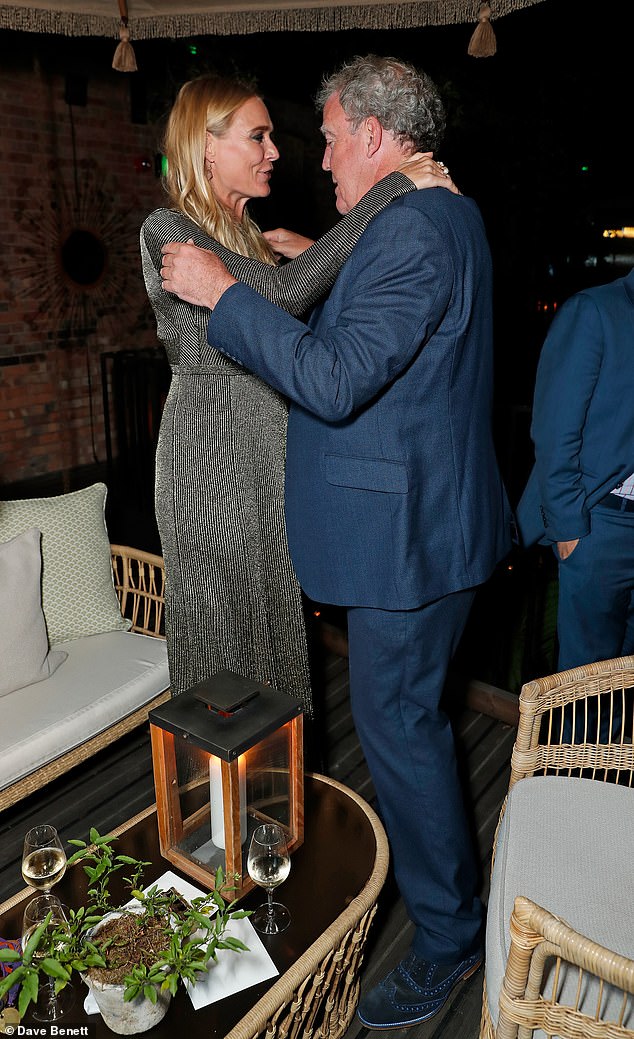 No, YOU’RE the best! Jeremy and Jodie appeared to be having a heart to heart at one point 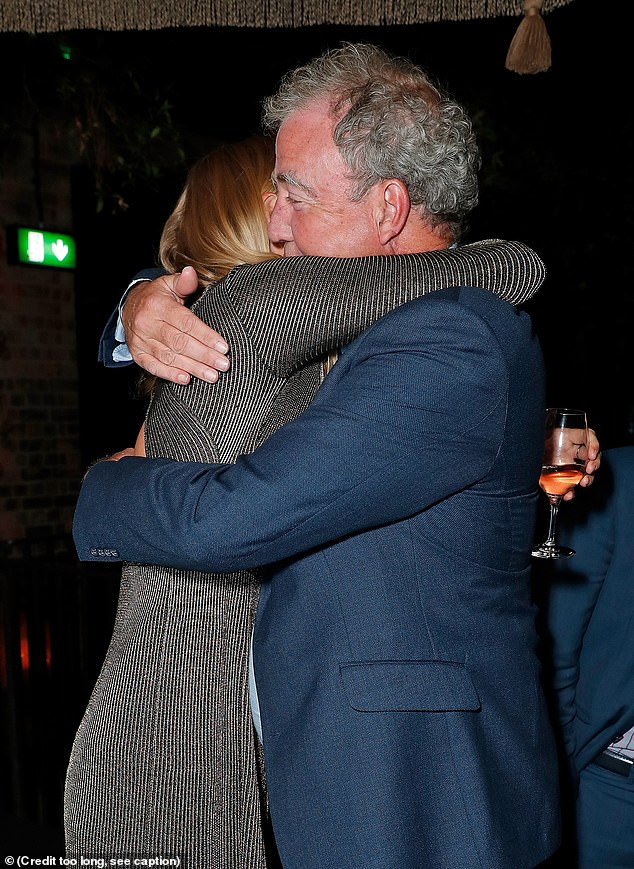 Come here, you! The pals wrapped their arms around each other in a friendly embrace

The couple announced their split in February 2016 and finalised their divorce in May 2016, the same week that Millie went public with Hugo.

Hugo then popped the question during a holiday in Mykonos, Greece, in July 2017.

Talking about his bride, Hugo told Hello! magazine at the wedding: ‘I knew she was The One within about five minutes of us getting back together.’ 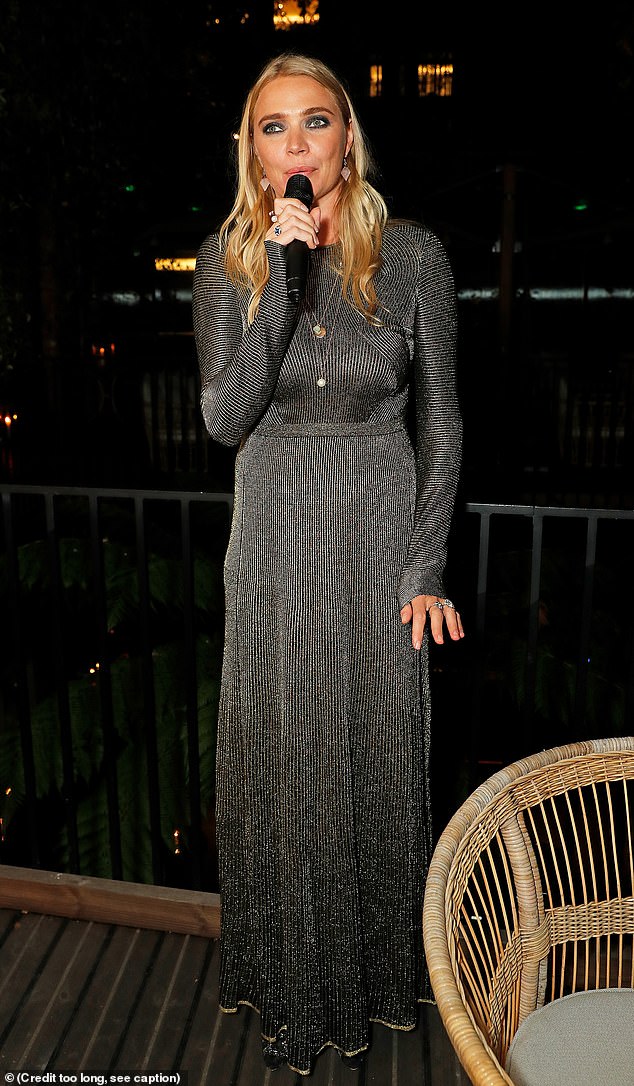 Woman of the moment: Model Jodie stopped the proceedings to give a speech 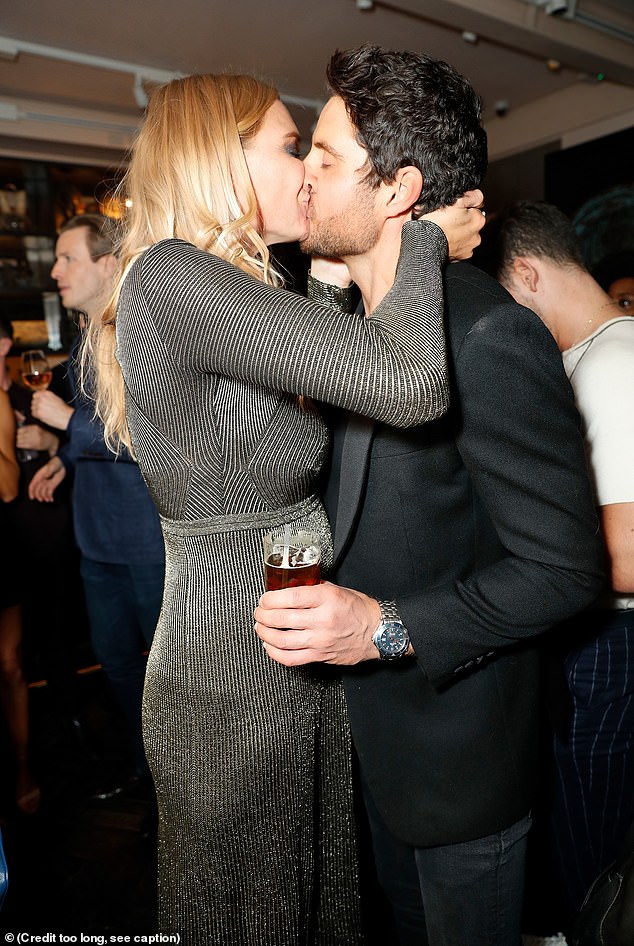 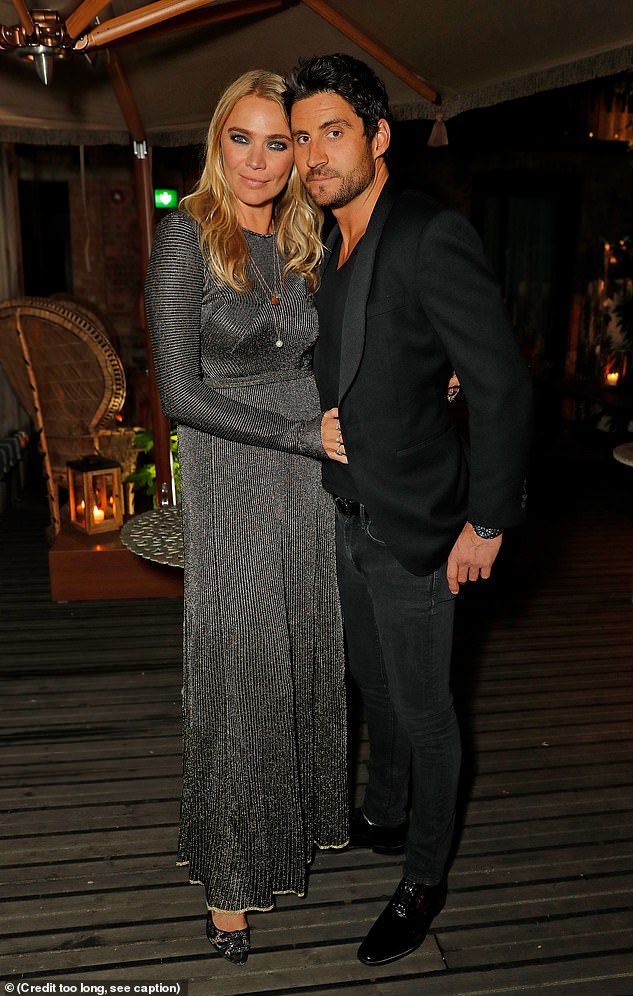 Looking good: Jodie seemed smitten as she cuddled up to the former Royal Marine 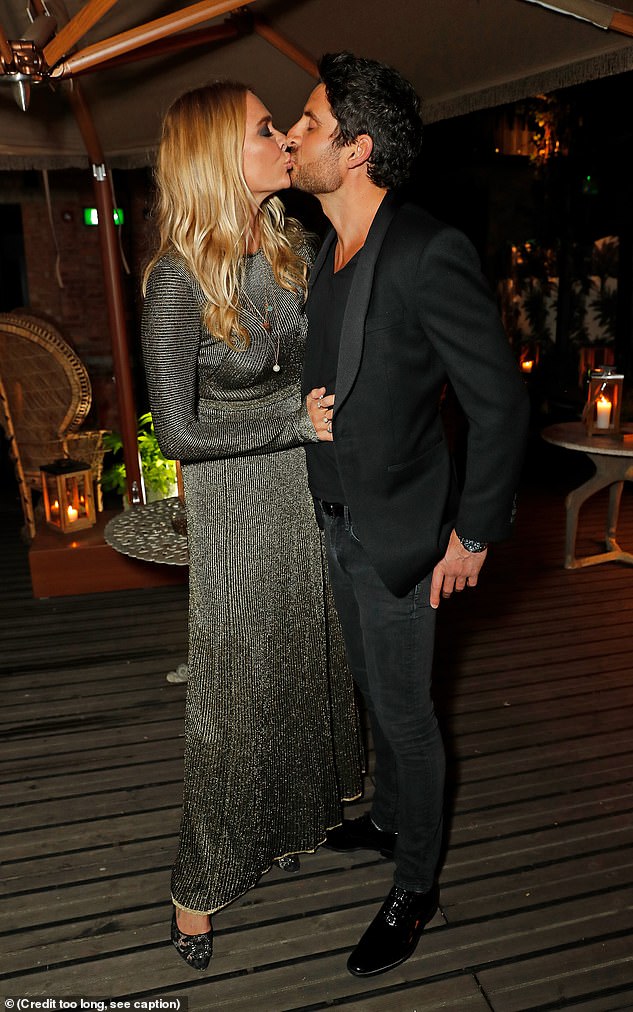 Pucker up: The pair didn’t seem to care who was looking as they locked lips

Millie concurred: ‘But if we’d stayed together when we were younger, we wouldn’t be together now. We had to go away, do our separate things and grow as people. We needed that time apart.’

After years of partying, it is not surprising that the couple injected details of their wild child ways into the day as they revealed they had named tables after nightclubs they held dear to their hearts – with them sitting on the ‘Boujis’ table.

Speaking of the big day, Millie said: ‘The whole day has felt like an out-of-body experience.

‘Even in my wildest dreams I didn’t imagine it would be this perfect. I am so excited to finally be married to Hugo – he’s the love of my life.’ 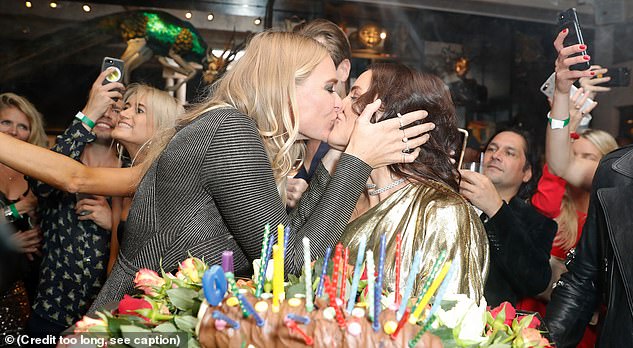 Not you as well! Jodie couldn’t contain her joy as she kissed a female pal on the lips when presented with her birthday cake 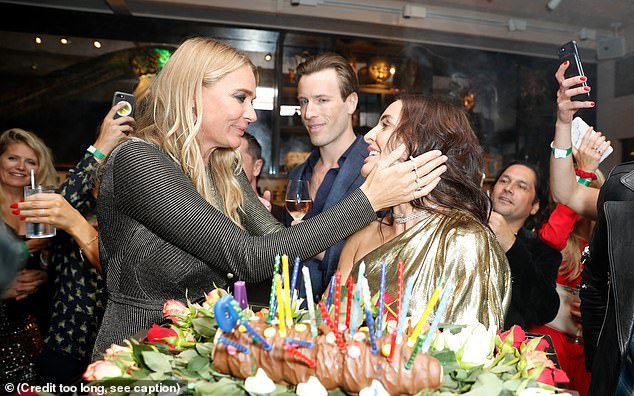 Joyous celebration: She tenderly cupped her friend’s face as her pals looked on 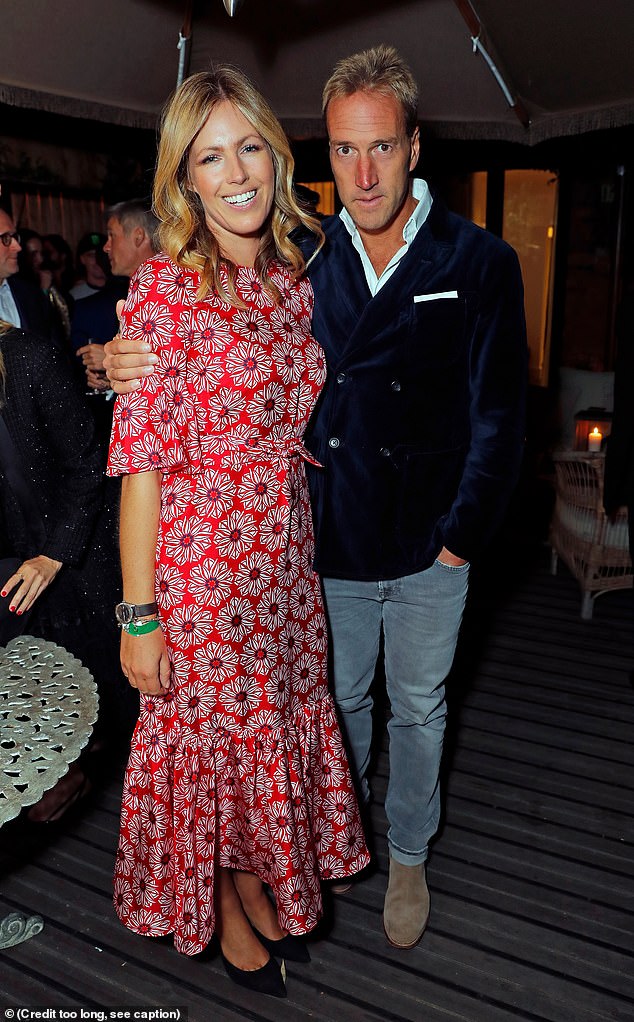 Happy couple: Ben Fogle and his wife Marina looked stunning at the event 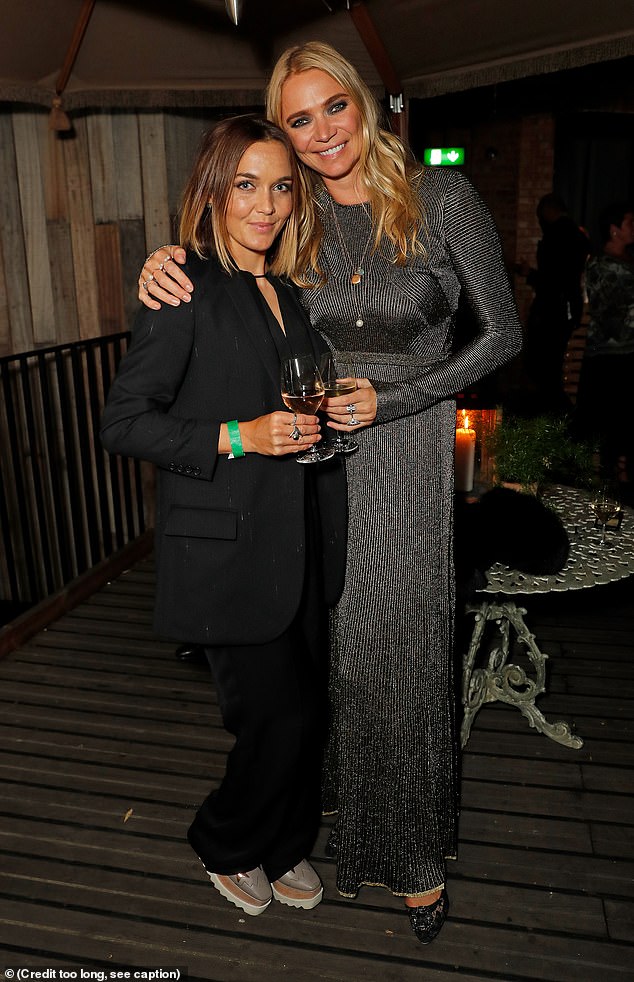 Pals: Victoria Pendleton joined the birthday girl for a snap