Million dollar baby: Parramatta star splashes the cash as he prepares to be NRL’s next millionaire

Million dollar baby: Parramatta star splashing the cash as he prepares to become the NRL’s next millionaire but the question remains, which club will he play at?

Parramatta star Mitchell Moses has been flaunting his million-dollar lifestyle on social media, with his next contract set to be the biggest of his NRL career.

The 28-year-old remains unsigned beyond next season with the Eels, and a number of rival clubs – including the Bulldogs and Tigers – rumoured to be chasing the halfback for 2024 and beyond.

Moses took to Instagram on Friday, posing next to a luxury 4WD inside the showroom at Parramatta BMW – and then showed his 90,000 plus followers daughter Aspyn wearing a fresh pair of Nike shoes.

The in-demand number 7 guided Parramatta to the NRL grand final this year versus Penrith, which couldn’t have come at a better time as he began testing the market from November 1.

As it stands, Moses is the most in-demand player in the competition, with the Eels hopeful of retaining him in the halves with Dylan Brown. 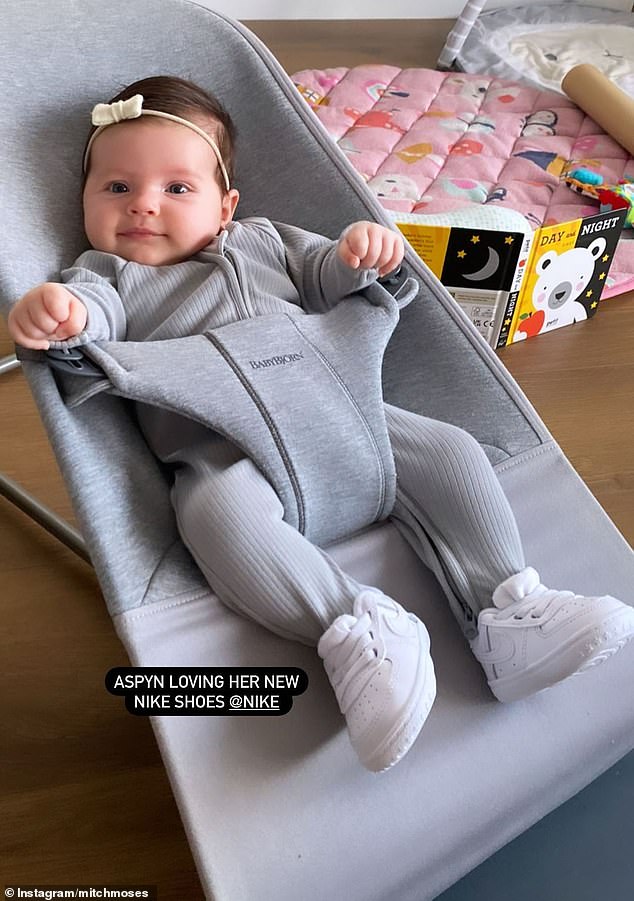 Moses has reportedly been offered a new contract by coach Brad Arthur for over $1million a season – but the Tigers – who let him go in 2017 – are set to table a monster deal for up to $1.4 million a year at Concord.

The rebuilding Bulldogs – with new coach Cameron Ciraldo and GM of Football Phil Gould working behind the scenes – also want the Lebanon international as part of their long term roster at Belmore.

A coy Gould told the Daily Telegraph ‘we hope the Bulldogs are a club he would consider’ – but it is understood they are desperate to land Moses to replace Kyle Flanagan, who is off-contract in 2023.

‘We won’t make any public comments about recruitment or retention – that’s an internal matter,’ Pascoe said. 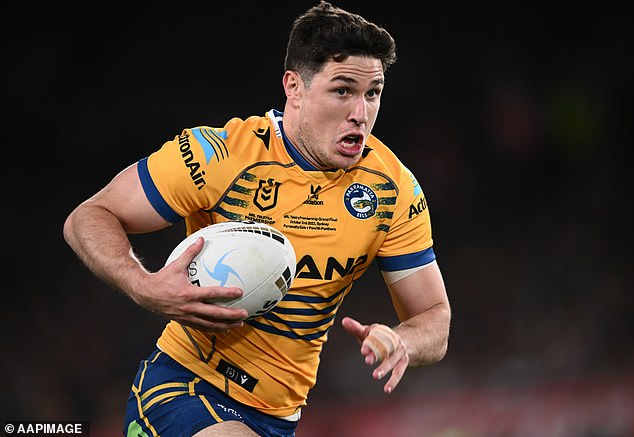 Moses has reportedly been offered a new contract by coach Brad Arthur to stay at Parramatta for over $1million a season – but the Tigers – who let him go in 2017 – are set to table a monster deal for up to $1.4 million a year

Wayne Bennett needs to land a marquee soon – and Moses could be the man, although the Dolphins coach has publicly expressed interest in Eels five-eighth and Kiwi international Brown.

Another left-field scenario would be Rabbitohs veteran Cody Walker – also off- contract – joining Bennett in Redcliffe.

It would leave South Sydney in a position to lure Moses to Redfern, to play in a spine featuring Latrell Mitchell and Damien Cook.