Lawrence Michael Handley, 49, was arrested on August 11, four days after his estranged wife was kidnapped at gunpoint

A millionaire businessman orchestrated the kidnapping of his estranged wife in the midst of a months-long divorce battle, new court filings detail.

Lawrence Michael Handley, 49, was arrested at a motel in Slidell, Louisiana on August 11, four days after his wife was kidnapped at gunpoint by two men.

On August 15, the wife filed new court documents detailing the horrifying kidnapping, which she says was orchestrated by her husband.

She says her husband hired two kidnappers, 27-year-olds Sylvester Bracey and Arsenio Montreal Haynes, and supplied them with the ‘items necessary to kidnap, bind, torture and abuse’ her and that he chartered an airplane ‘to evade capture for his crimes’.

On August 6, they kidnapped the woman from the couple’s home in Lafayette, Louisiana. Another adult and a child were present.

The wife says that the kidnappers handcuffed the other two and then kidnapped her at gunpoint, putting a bag over her head. 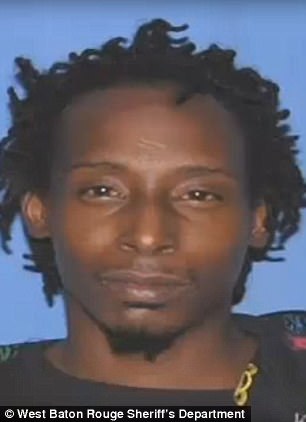 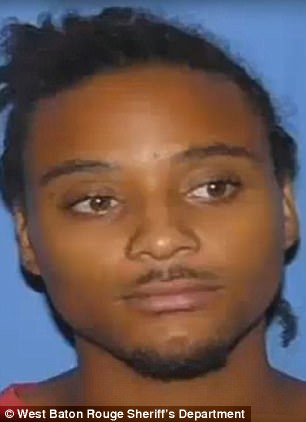 The unidentified wife says that her husband paid these two men, Arsenio Haynes (left) and Sylvester Bracey (right), to kidnap her and bring her to him 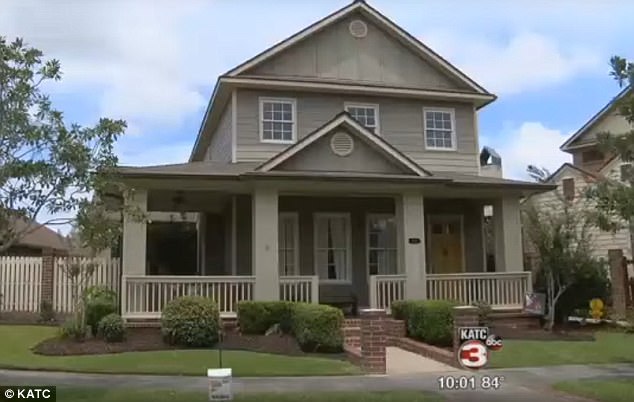 The two men kidnapped her from the victim’s home in Lafayette, Louisiana on August 6 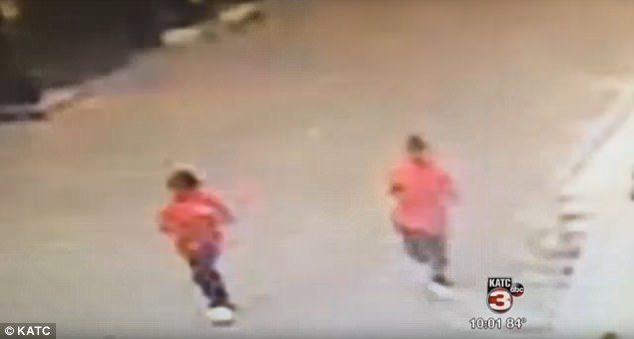 They were supposed to bring her to Handley, but the plan was thwarted when police tried to pull them over. They fled from the vehicle (seen on surveillance cameras above)

The plan was allegedly for the two men to bring Handley’s ex-wife to him, at an undisclosed location.

The wife says the two men ‘stripped, tortured and abused’ her and threatened to rape and murder while ‘in route to their destination where Mr. Handley was waiting.’

The two men were never able to deliver her to Handley though because they attracted the attention of police by driving on the shoulder of the road to get around traffic.

The two men fled on foot when the car became stuck in mud and the unidentified wife was rescued from the back of the car, where she was found bound.

In a fatal turn, the two kidnappers drowned in the Instracoastal Canal while trying to flee from police and their bodies were recovered the next day.

Handley is now being held on $266,000 bail for charges of  conspiracy to commit second-degree kidnapping, online impersonation, and violating protective orders.

Following the new filings, a judge granted his wife’s request that Handley be banned from their living community. She was also granted access to funds so that she can hire a security team and send her child to therapy.

Handley co-founded Townsend, a Louisiana network for substance abuse treatment centers. He served as CEO before he sold the company in 2015 for $21.25million in cash.

He has a previous criminal record including a 2005 guilty conviction for fraud. The conviction stemmed from an incident in which he hired a private jet using a fake cashier’s check worth $22,000.

No court date has been set for his most recent arrest.