A millionaire landlord has been captured savagely beating puppies and dogs with a long wooden stick during shocking footage.

Christopher Gorman, 54, subjected 11 mastiffs to horrific abuse while keeping them in filthy conditions at his home in Airdrie, Lanarkshire.

Footage of Gorman brutally attacking his dogs, captured by a concerned neighbour, shows him violently swinging at them. 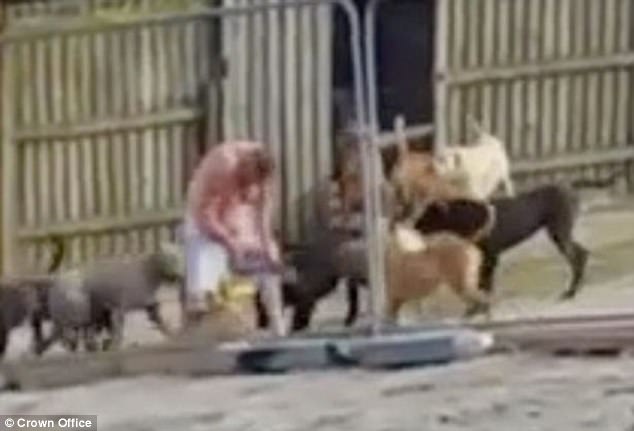 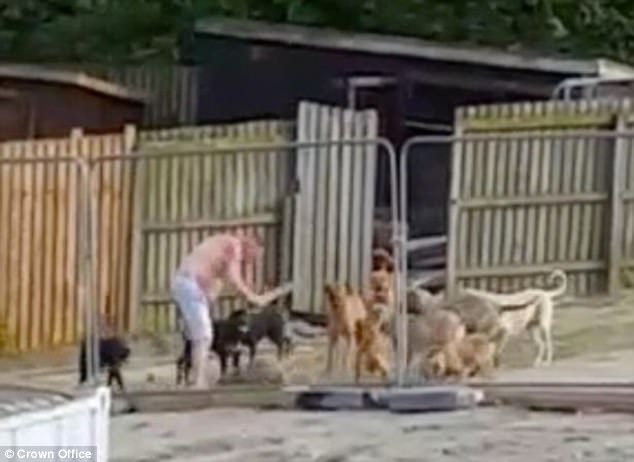 Gormon’s cruelty was revealed after complaints from neighbours, leading to a raid by police and officers from the Scottish SPCA.

When officers arrived the dogs were running round the garden out of control in a pack and fighting.

He was banned from keeping animals for life

Gorman was caught on CCTV repeatedly hitting the dogs with a big piece of wood as they were running around the garden. 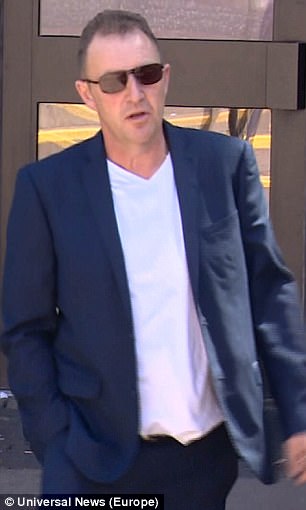 Christopher Gorman (pictured, at Airdrie Crown Court today), 54, kept 11 mastiffs in filthy conditions in the backgarden of his home

He then moved two of the most injured and ill pets inside the property where they both died.

Gorman was hit with the lifelong ban and fine of £2,600 at Airdrie Sheriff Court.

He had also appealed an earlier conviction for animal cruelty that saw him banned from keeping animals for ten years.

An undercover Scottish SPCA Inspector said: ‘The mastiff type puppies were suffering from parvo virus which is an excruciatingly debilitating illness which can in some cases result in death.

‘To not seek veterinary treatment for these pups despite their obvious distress shows Gorman’s priorities lay entirely in the profit that could be gained from selling on puppies to naïve new owners, rather than in the welfare of the dogs.

‘Furthermore, the evidence showed Gorman’s violent behaviour towards these dogs. He can clearly be seen hitting them with a stick, all whilst being content to leave them in less than suitable living conditions..’

The inspector added: ‘The puppy trade is big business and we’re committed to continuing to tackle this horrific trade.

‘We’re glad this case has been dealt with by the courts and delighted that the life ban will help prevent further animals suffering at the hands of Mr Gorman.’ 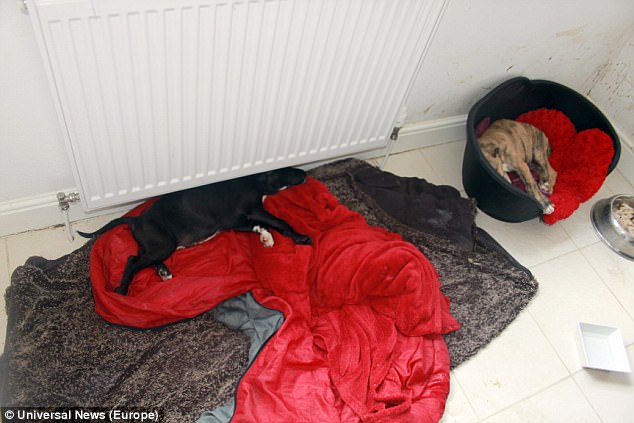 Defence advocate Lewis Kennedy said: ‘The report is clear that he does not pose a risk to humans and that any risk to animals has been nullified by the imposition of the disqualification order for a period of ten years.

‘I would ask matters are not escalated above perhaps a community pay back order and supervision, and he would be able to pay a monetary penalty.’

Gorman has a portfolio of rental properties valued at £1.2m and is facing a proceeds of crime probe by prosecutors who believe he has profited from dealing in animal misery.

He also reportedly faces a six-figure tax demand from HMRC 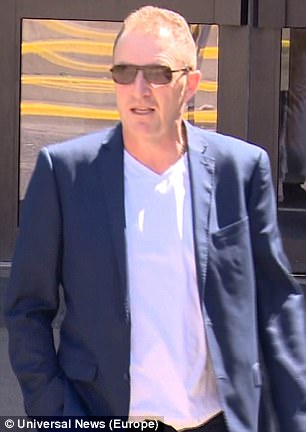 Gorman  (pictured, outside court today) was fined £2,600 and banned from keeping animals for life, at Airdre Crown Court

Sheriff Sara Matheson agreed to let him pay his fine at £50 a week.

She added: ‘You have been convicted of three charges which contravene the animal health and welfare act.

‘You repeatedly struck dogs with a piece of wood and there was CCTV evidence of this which made for uncomfortable viewing.

‘You were also convicted of failing to keep a large number of dogs in appropriate conditions.

‘And you convicted of a charge which relates to acts which caused the death of the two dogs.

‘These are serious matters but you appear as a first offender and given the terms of the report, this is a a particular type of offending and you do not appear to pose a risk to people.

‘You will be disqualified from owning, keeping, dealing or transporting, working or using any dogs and providing any service and from taking charge of any animal for life.’

Gorman was found guilty of failing to provide veterinary treatment to two mastiff pups suffering from parvo virus, deliberately striking dogs in his care with a length of timber, and failing to ensure a suitable environment, namely providing adequate shelter, warmth and access to appropriate food and water.