A self-made entrepreneur who believed being homeless is ‘a choice’ and claimed they are ‘weak and lazy,’ was threatened with a three-inch blade because of his ‘perfect teeth.’

Kieren Hamilton, 23, was spending three nights on the streets for the new C5 documentary Rich Kids Go Homeless when he was challenged by a rough sleeper.

The cryptocurrency whiz needed the show’s crew to step in when a man began to quiz him about his veneers in Trafalgar Square. Mr Hamilton revealed he paid £4000 to have his teeth done in Turkey.

A man asks him how long he’s been homeless for, adding: ‘They’re no homeless teeth.’

Suddenly another man, a paranoid schizophrenic, confronts Kieren, shouting: ‘Who are you? You have got very nice teeth. You’re a cop.

‘I’ve never seen you before and I f***ing run things around here. I’m gonna f***ing murder you.’ 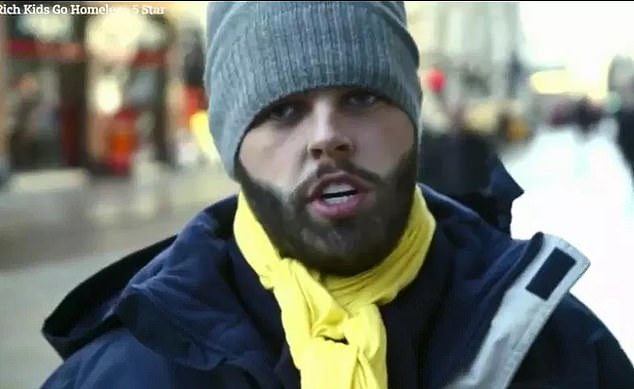 A man asked Kieran how long he’s been homeless for, adding: ‘They’re no homeless teeth’ 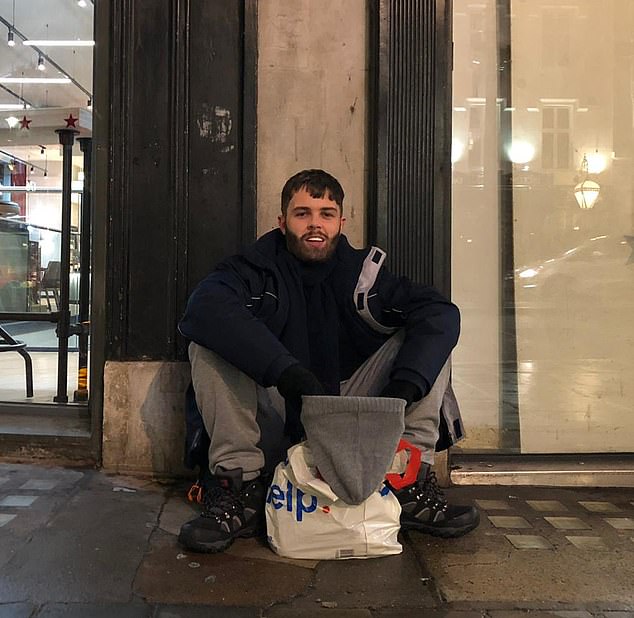 Mr Hamilton, who would post photos on Instagram on luxury holidays, nights out in swanky restaurants and shopping sprees in Selfridges, said the episode made him relive an incident at his home late last year.

On January 5, Mr Hamilton was attacked by two masked robbers armed with machetes who burst into his home in Chadderton, Greater Manchester at 6am.

The father-of-one whose baby daughter was at home and screaming in her cot was  stabbed in the arm. 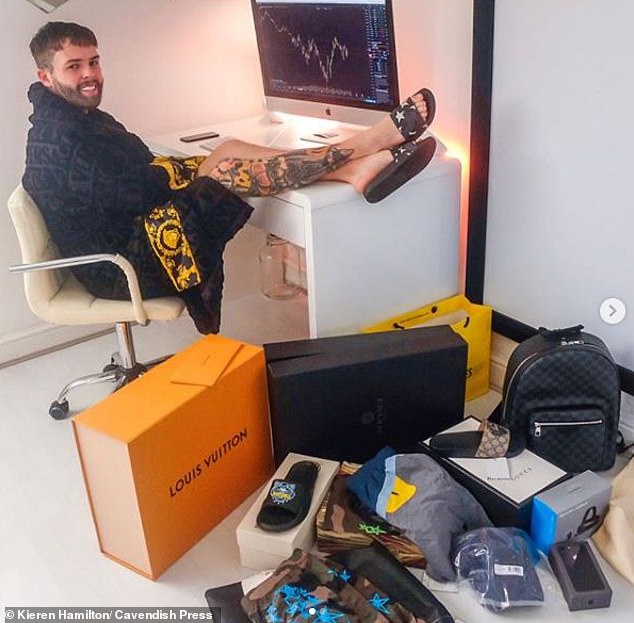 Speaking to MEN, the millionaire said he thought his life was in danger.

He said: ‘It was not pleasant at all. I have been stabbed before so it brought all those memories back for me. I did think my life was in danger.

‘Last time it was on my own territory. The second time I didn’t know anybody or anyone around me. I was thinking with the cameras around me, what would happen if I hit him? Can I run away from him?’ 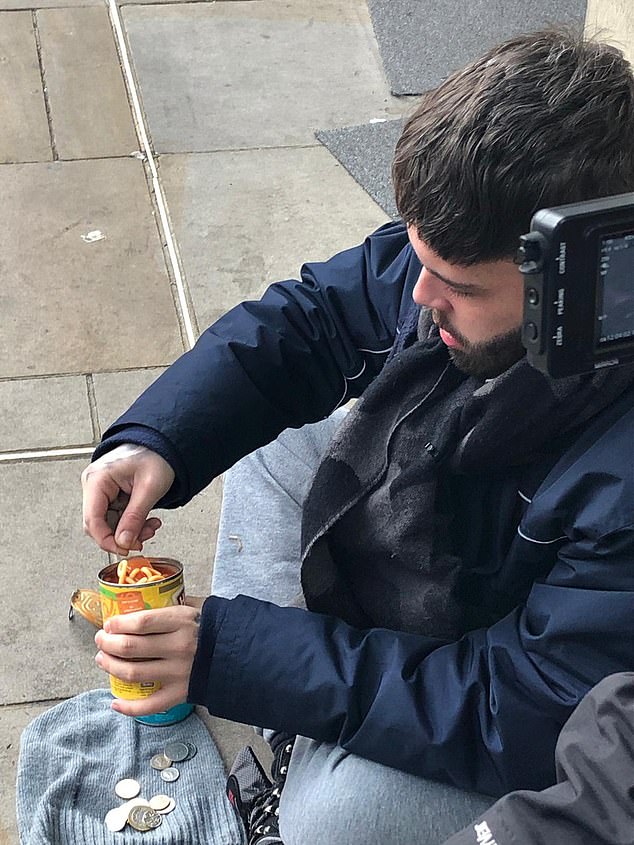 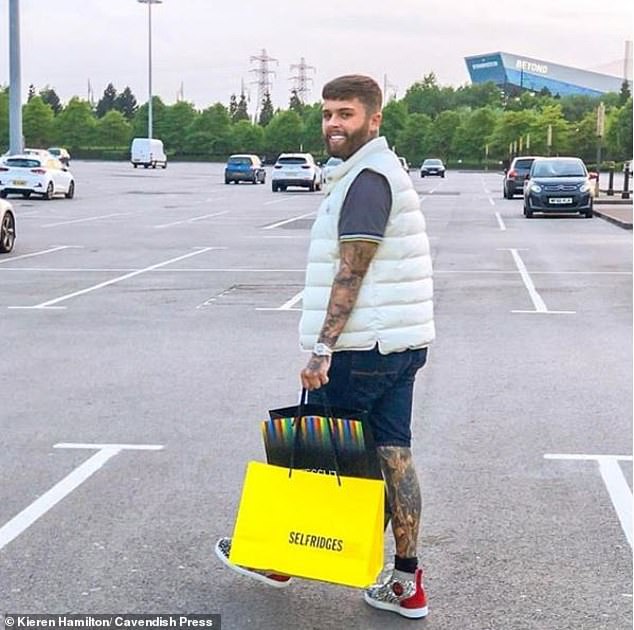 Mr Hamilton said of the Trafalgar Square incident: ‘It was not pleasant at all. I have been stabbed before so it brought all those memories back for me’

During the 2018 home invasion, the robbers made off with his pet dog, worth an estimated £1,000, an Apple MacBook laptop, gold bracelets and a gold wedding ring.

Mr Hamilton was left with a deep gash in elbow that was treated with 12 stitches.

In a victim personal statement he said he felt ‘scared in his own home’ and was now considering moving to a different property.

His girlfriend’s brother also suffered a stab wound during the assault but did not require hospital treatment. 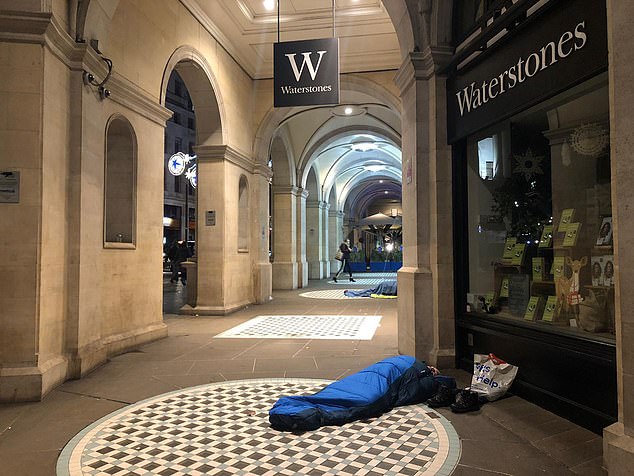 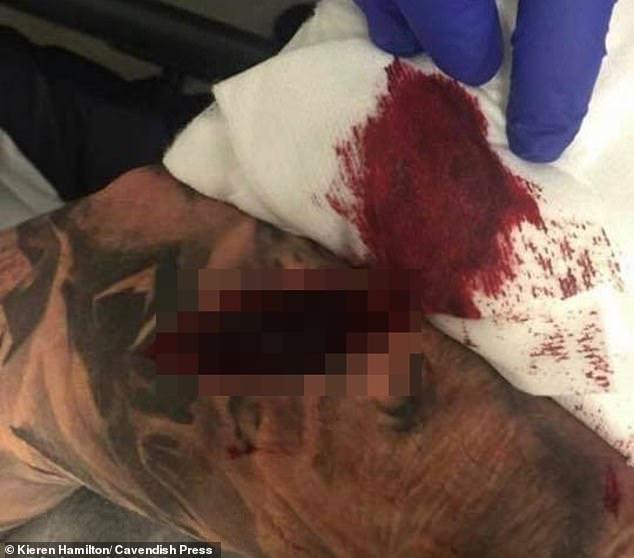 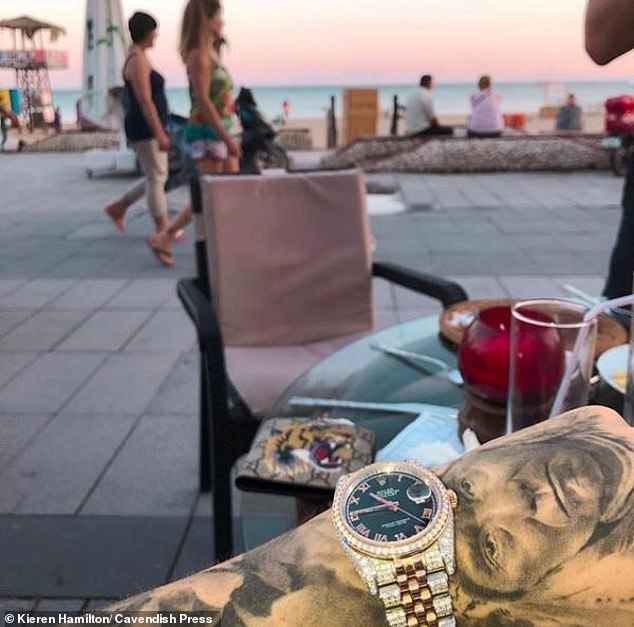 Pictures on his social media showed him on sailing trips and in hot tub and showing off a Rolex watch (pictured), luxury Mercedes and a new set of teeth

Corey Fricker, 27, of Blackburn, Lancs was jailed for 13 years after he admitted robbery and an unrelated offence of possessing drugs with intent to supply.

Also during the C5 documentary, Mr Hamilton tries to hatch a plan to make money for a hostel room by selling umbrellas, but he couldn’t save enough to buy any.

He said the whole experience had given him a whole new perspective on homelessness and said that he believes the ‘system is against them.’

He said that not being able to get a hostel room when he’d raised enough money through begging made him think this. He wasn’t allowed the room because he didn’t have an ID, which is hard to get when you don’t have a registered address.

‘I also didn’t expect so many people to comment about my white teeth – if I was to become homeless for real tomorrow, my teeth would be the same. It doesn’t make you immune to becoming homeless.’

He added that he always helps out homeless people now, saying aside from offering money and food he has a conversation with the homeless he meets because ‘it makes them feel good,’ adding ‘I know, because that’s exactly how I felt.’