Millions of Australians are missing out on $6billion in superannuation

One in three Australians were losing out on $6billion a year in super, a parliamentary inquiry has been told.

Industry Super Australia chief executive Bernie Dean said a third of Australians were seeing super recorded on their pay slips but not getting it.

Mr Dean told a super inquiry ensuring super was paid on pay day was a ‘no brainer’ and called on the government to make it mandatory.

One in three Australians were losing out on $6 billion a year in super, a parliamentary inquiry has been told (stock image pictured)

‘The dollar figures Australians are missing out on are too large to ignore,’ Mr Dean said on Friday.

‘That’s been going on, it really hasn’t changed, for the last five or six years.’

He said it wasn’t a case of money getting paid late – it never turns up.

Mr Dean said a bill currently in the Senate to address the issue would give amnesty to employers who admitted underpaying super and pledged to rectify it.

‘Now, if you know a third of the national workforce is missing out on superannuation through those employers … would your first thought be to give them a free pass?’ Mr Dean said.

Deputy chief executive Matthew Linden also defended the use of inactive accounts that have been charged fees for no service.

He said the inactive accounts were better off with super companies than the tax office.

Inquiry chair and Liberal MP Tim Wilson has described it as the super industry’s own fees for no service moment. 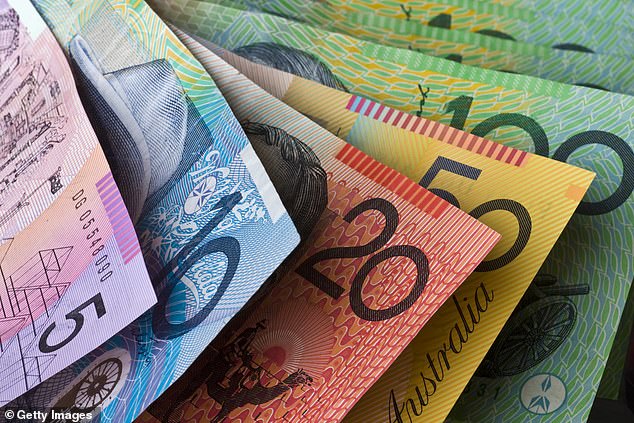 Industry super funds have been transferring inactive accounts valued at less than $6000 to a holding fund called AusFund where they cop fees, when inactive accounts are meant to be going to the Australian Taxation Office

Industry super funds have been transferring inactive accounts valued at less than $6000 to a holding fund called AusFund where they cop fees, when inactive accounts are meant to be going to the Australian Taxation Office.

But Mr Linden said these missing accounts were earning five times more in returns than they would under the tax office.

He also said the sector had a better track record of reuniting these lost accounts to their owners than the tax office – with 42 per cent of AusFund accounts reconnected but only about 27 per cent by the ATO.

Labor’s shadow assistant treasurer Andrew Leigh said the AusFund accounts were much better off staying in the sector than going to the tax office.

‘I find it bizarre my Liberal colleagues are worried about this,’ Dr Leigh said.