It’s Clap ’em Common! Millions of Britons salute the NHS heroes and key workers from parks and streets as well as doorsteps in the first Clap for Carers since lockdown restrictions were eased

Brits took to parks as well as their doorsteps this evening as they once again paid tribute to the thousands of NHS staff and healthcare workers putting their lives at risk to help fight the spread of the coronavirus.

Now in its ninth week, the Clap for Carers has seen people across the country take to their doorsteps and balconies to show their appreciation for the efforts of those on the frontline during the pandemic.

However, this was the first time since lockdown restrictions were eased last week that large crowds were spotted at the time of the salute in public parks, such as London’s Clapham Common.

The nationwide campaign, which sees members of the public, politicians, celebrities and the emergency services applaud the key workers at 8pm every Thursday, comes as the number of confirmed Covid-19 cases today passed the 250,000 mark.

The Department of Health toll – which takes into account deaths in all settings – is the lowest figure recorded on a Thursday since March 26 (103) and is even lower than yesterday’s count of 363.

People on Clapham Common applaud during the Clap for our Carers campaign in support of the NHS. It is the first time large crowds have been spotted in a park for the salute since lockdown began 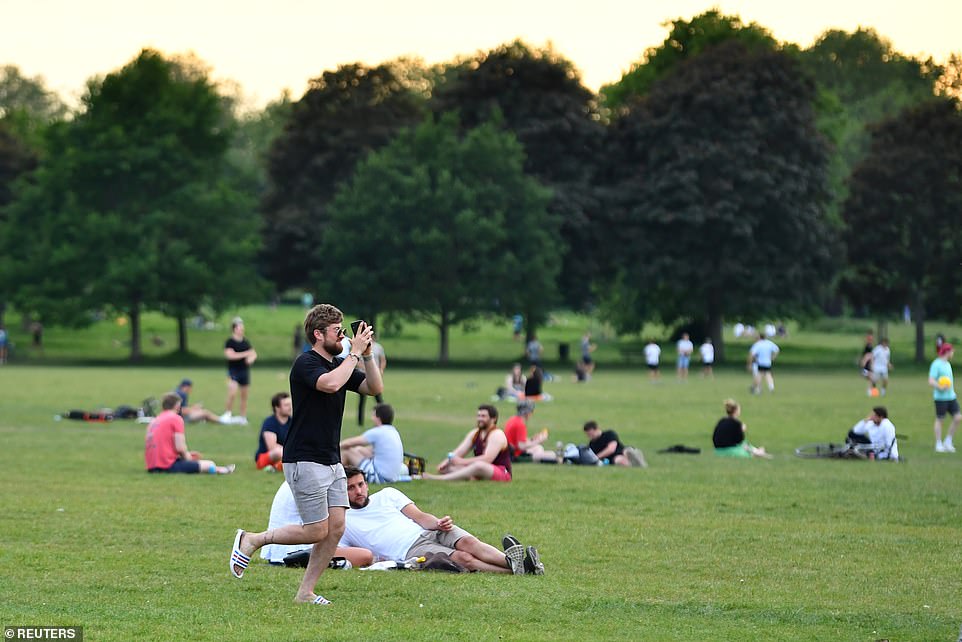 People on Clapham Common applaud during the Clap for our Carers campaign in support of the NHS. It is the first time large crowds have been spotted in a park for the salute since lockdown began 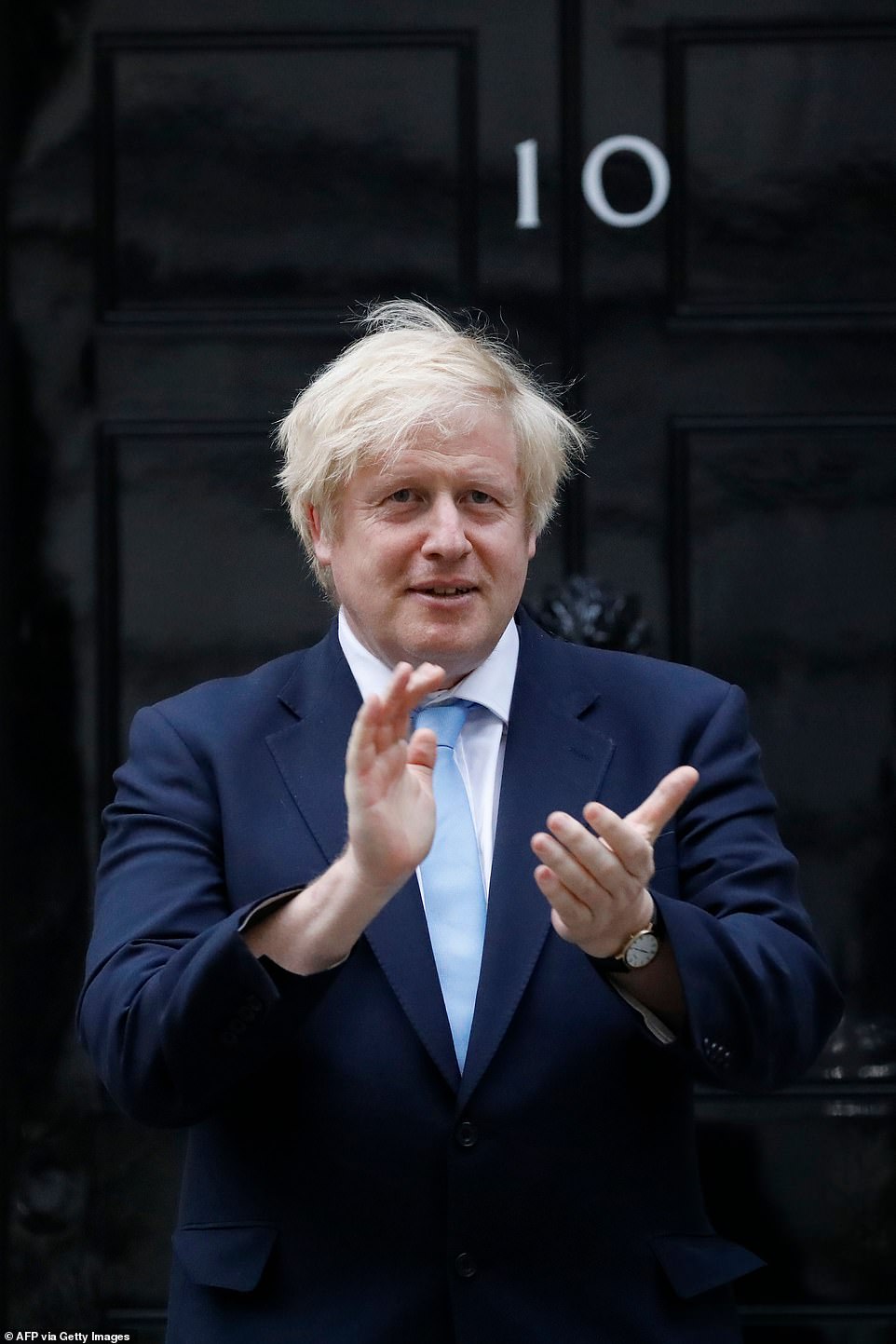 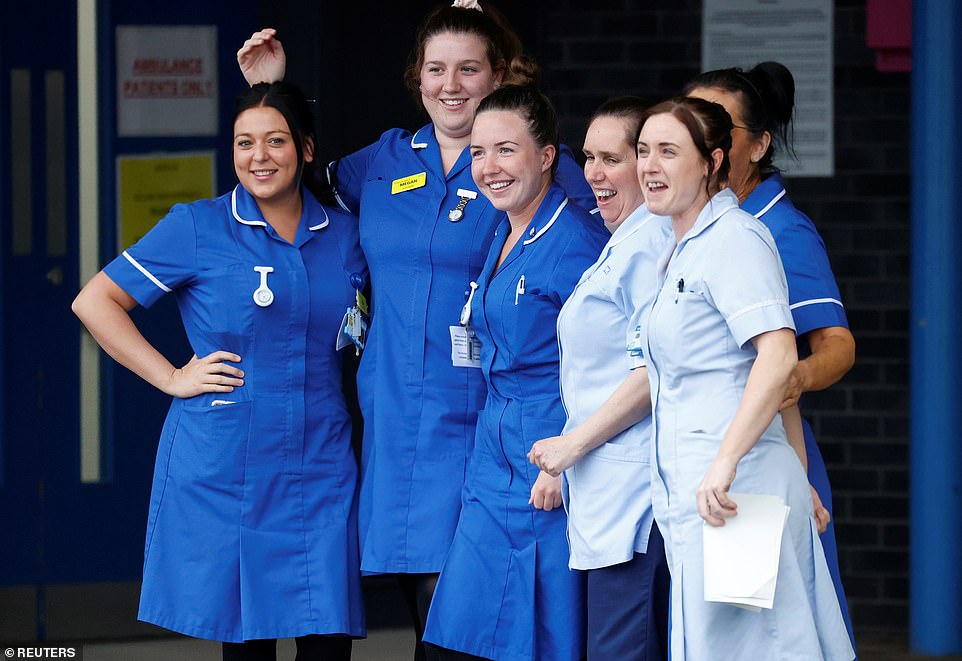 NHS workers react at the Aintree University Hospital before the Clap for our Carers campaign in support of the NHS, following the outbreak of the coronavirus disease 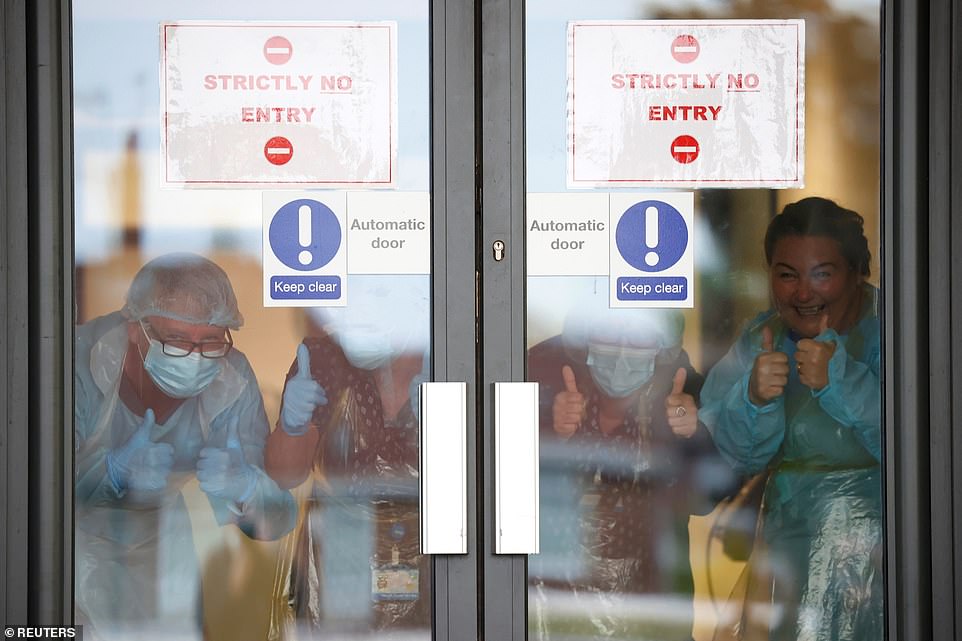 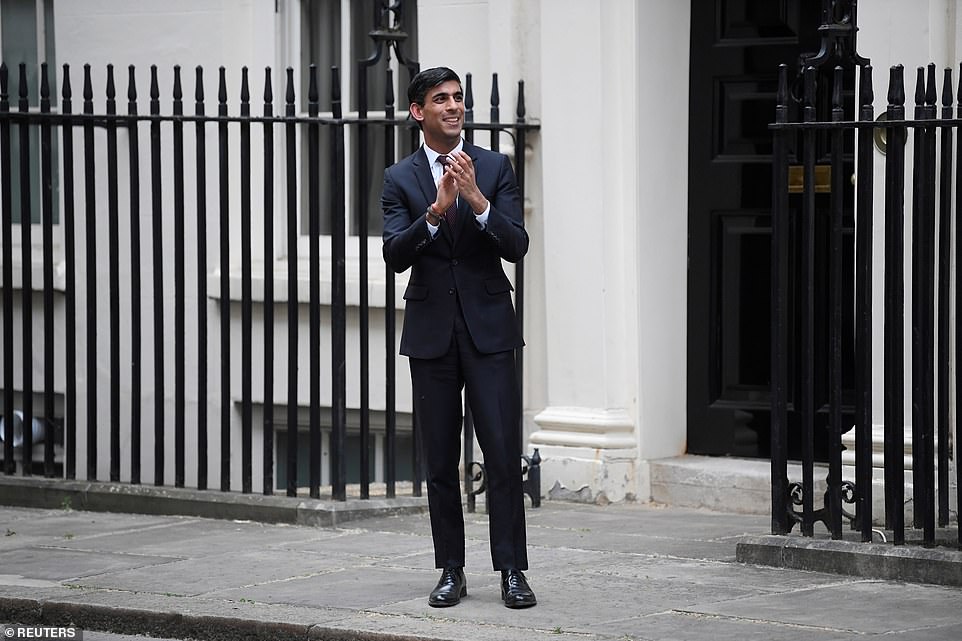 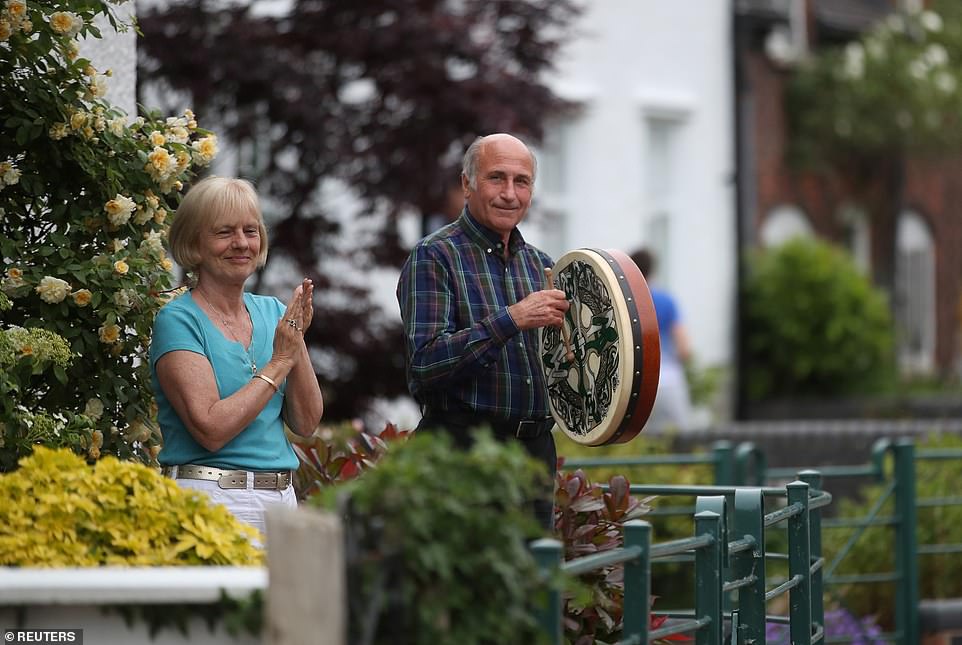 A man in Betley, Staffordshire, uses as a drum during the weekly clap outside his house as they join in with the clap for carers campaign 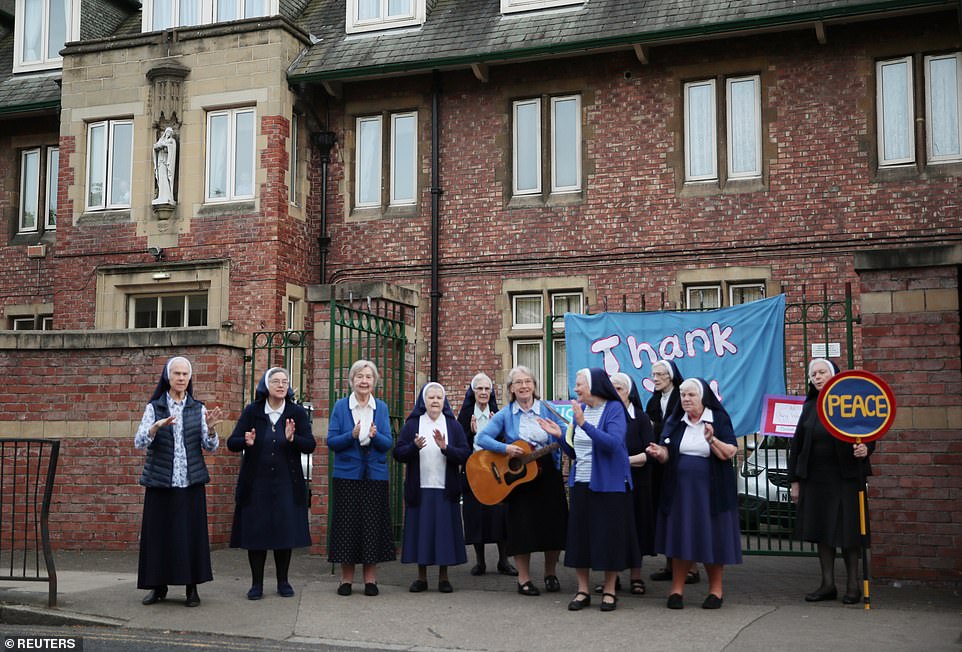 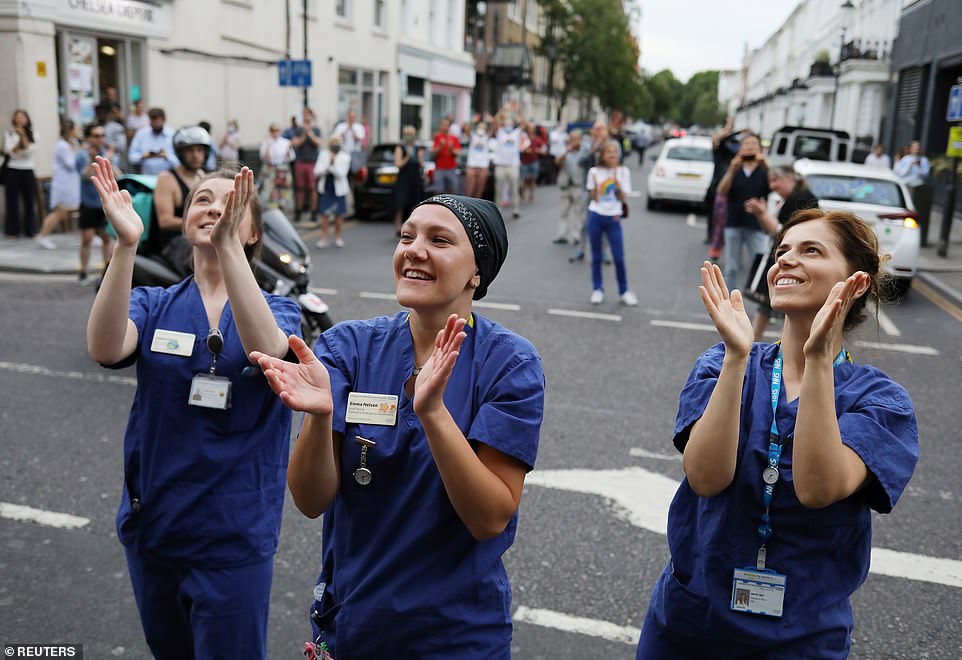 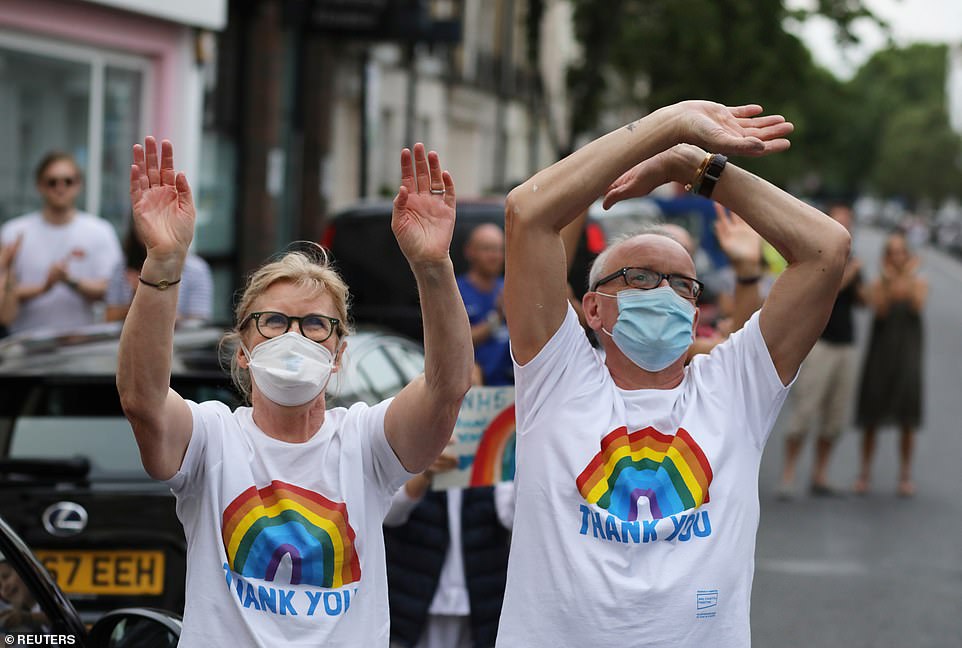 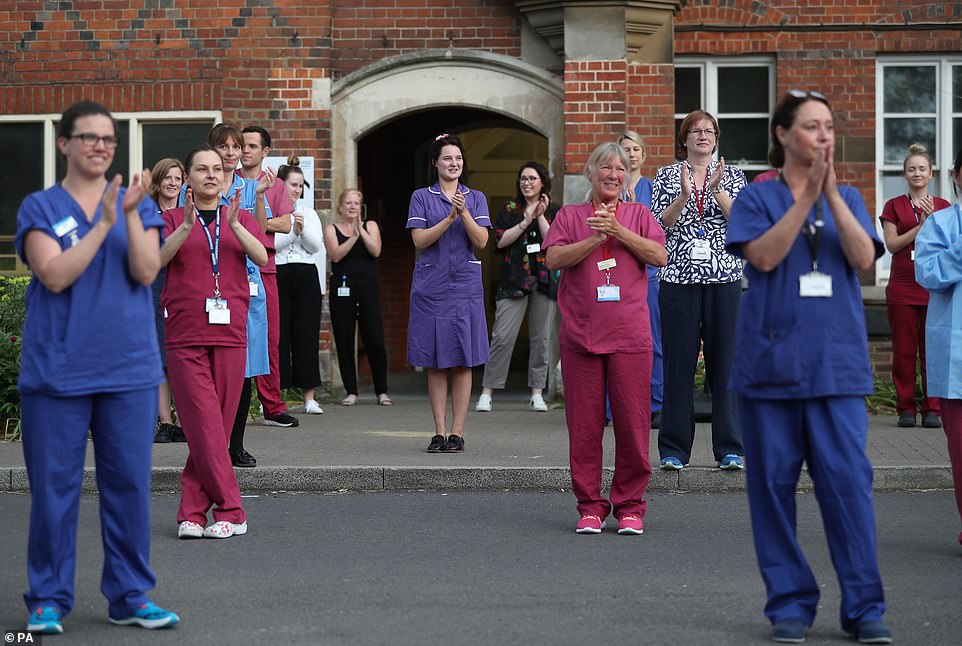 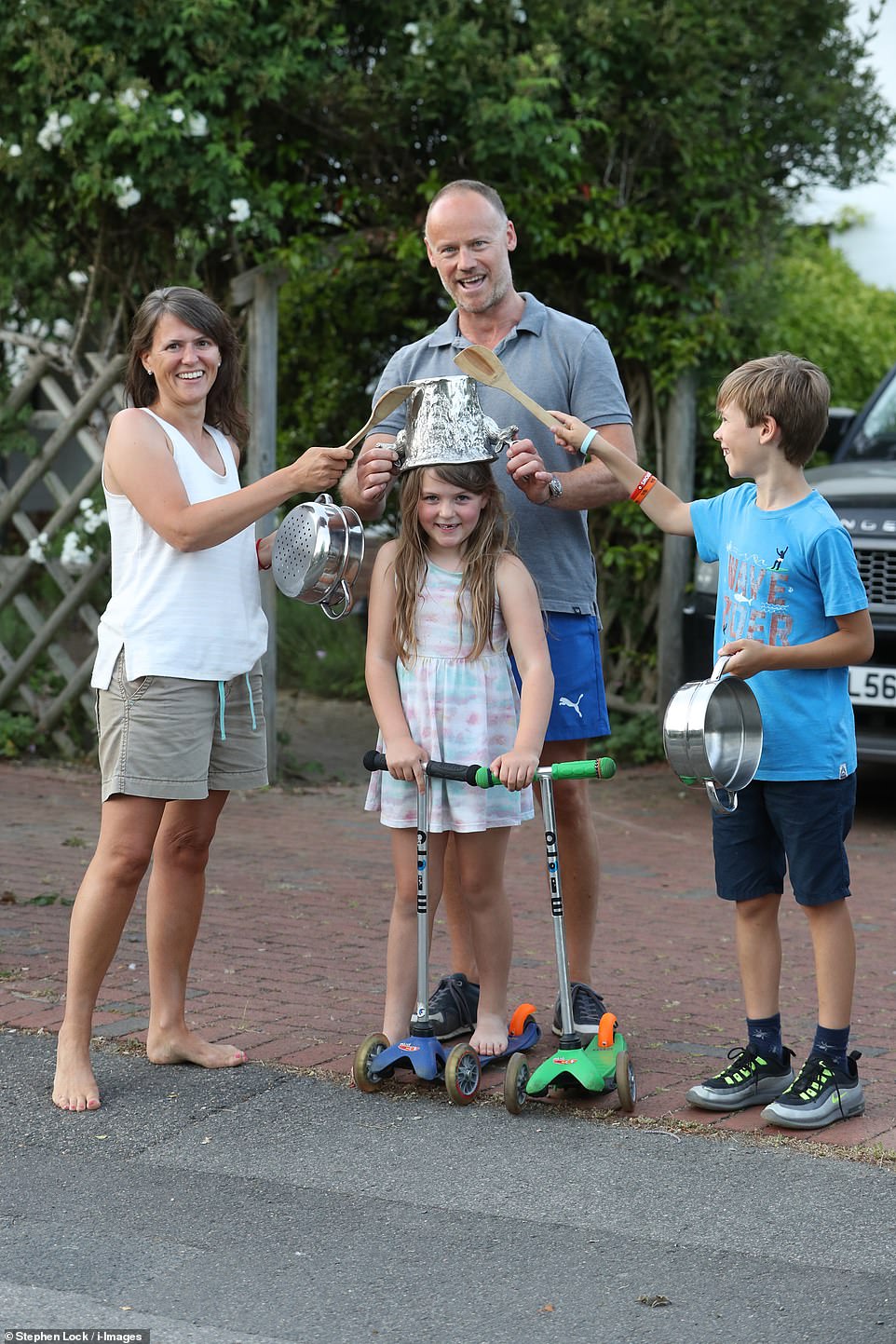 Residents in Tonbridge, Kent, take part in the ninth Clap for Carers with saucepans and wooden spoons 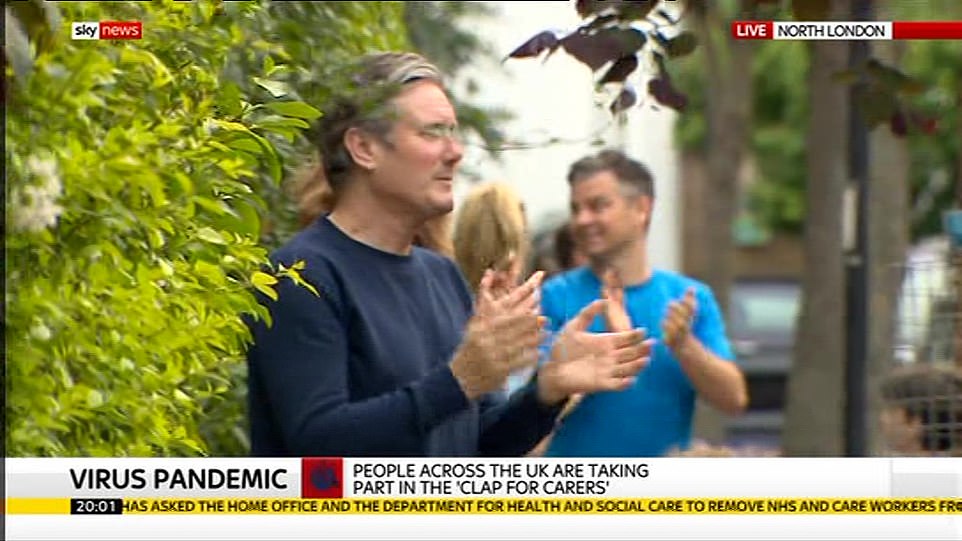 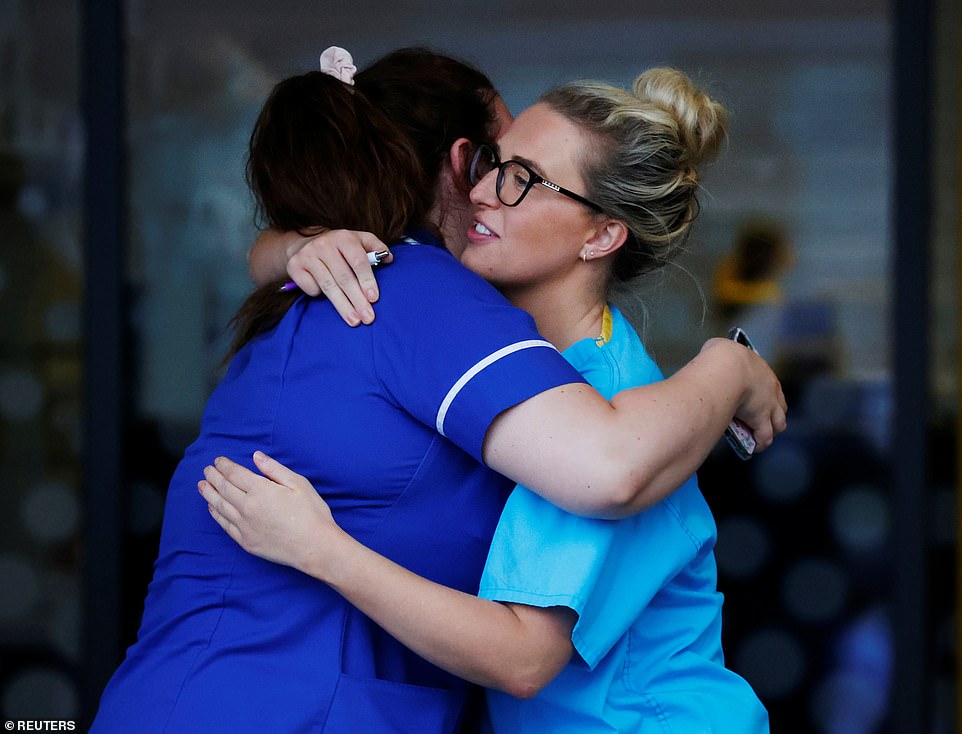 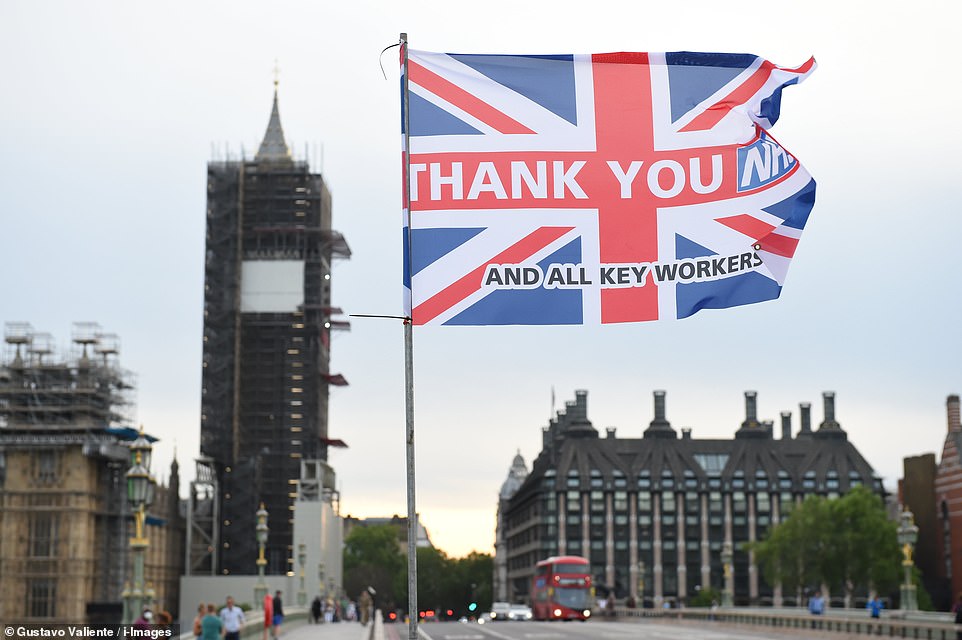 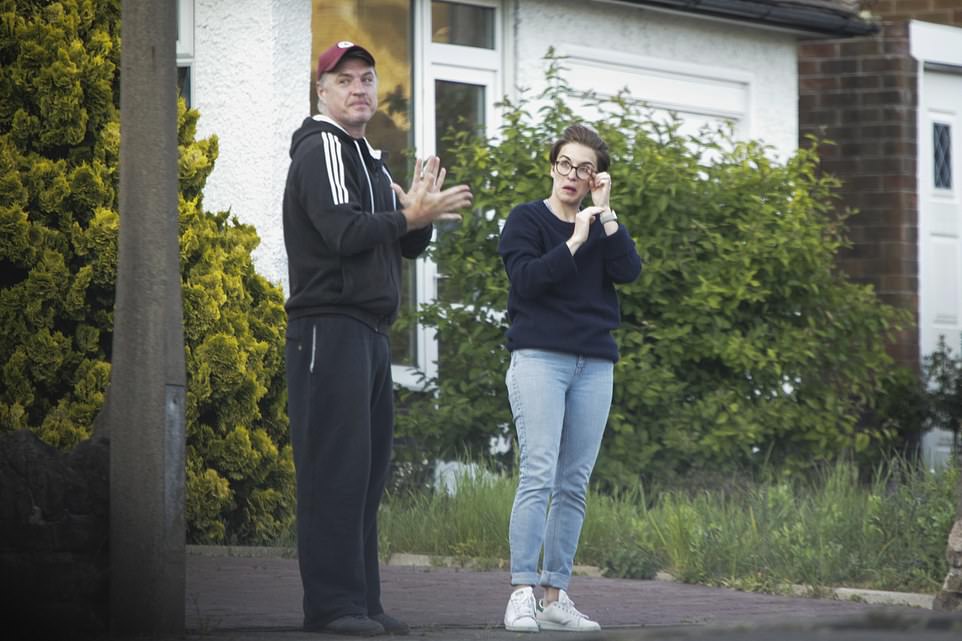 Vicky McClure shows here appreciation for Care, NHS and other Key workers during the weekly applaud from your doorstep. Vicky appeared to shed a tear at one point after being overwhelmed by the rest of her street clapping 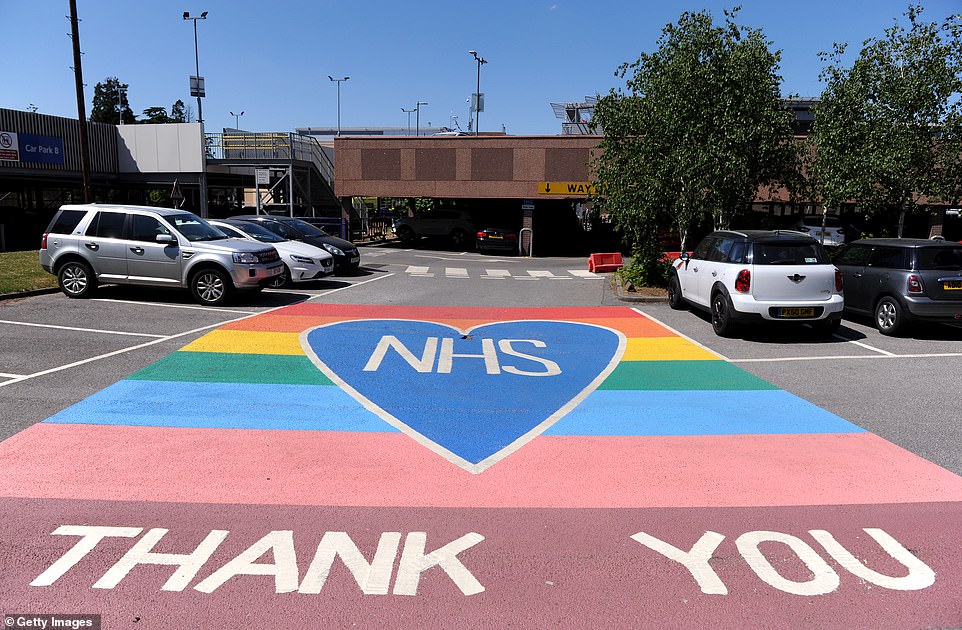 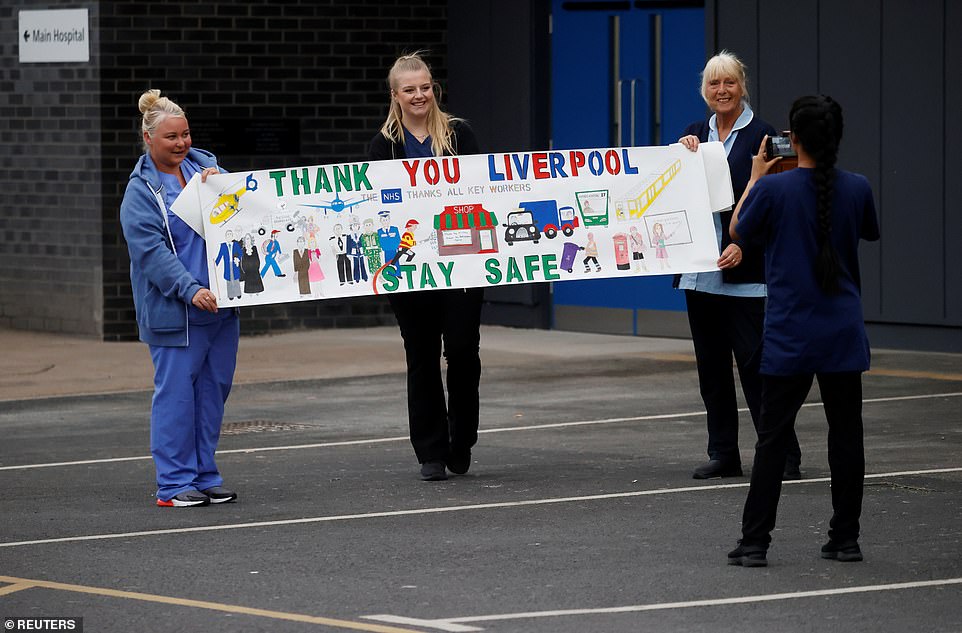 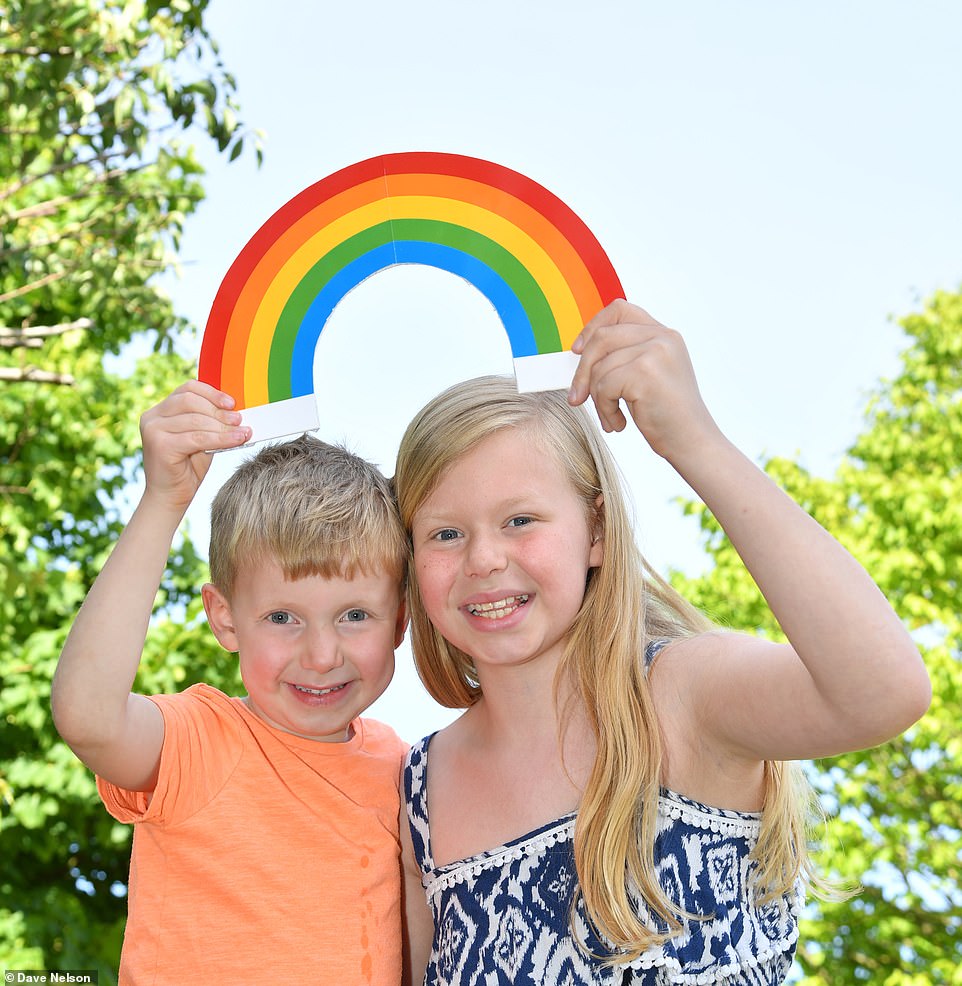 NHS England confirmed one of the victims was a 14-year-old who had an underlying health condition – but officials did not reveal what medical issue the teenager had.

Government data released today also showed another 2,615 people have tested positive for COVID-19, taking the official size of Britain’s outbreak past a quarter of a million (250,908).

Elsewhere this afternoon, Boris Johnson bowed to massive pressure to drop the NHS surcharge for foreign health and care workers.

The PM declared that the £400-a-year levy will be dropped after senior Conservatives complained it was ‘immoral’ and ‘mean-spirited’ that those on the frontline of the coronavirus battle were being forced to pay.