A housing minister has refused to help families stuck in toxic leasehold deals.

She appeared to play down the numbers affected, saying it could be as low as 12,000 and not the 100,000 cited by campaigners.

And she said buyers might have been ‘caught up in the moment’ and ‘excited’ when they signed leases for first homes.

Government estimates suggest there are 4.3million homes with leases in England, 1.4million of them houses.

The Leasehold Knowledge Partnership campaign believes 100,000 families are trapped in houses that are now unsellable because their contracts are so unfair.

Some double charges every decade, while other freeholds are sold on to third parties who only allow homeowners to buy them out for exorbitant fees.

Ministers have pledged to outlaw the sale of newly built homes with leases following a public outcry.

But Mrs Wheeler’s comments suggest those already hit by the problem will be left to fend for themselves.

Speaking at a Commons committee, Mrs Wheeler said legal advice showed legislation would be ‘horrendously expensive’, adding: ‘I’d much rather go down the voluntary route.

There have been agreements between freeholders and leaseholders and clearly we want that momentum to carry on.’

The Mail has led the way in exposing the leasehold scandal, including where clauses make ground rents double every decade.

The issue has been dubbed ‘the PPI of the housebuilding industry’ – a reference to the mis-selling of payment protection insurance by banks. 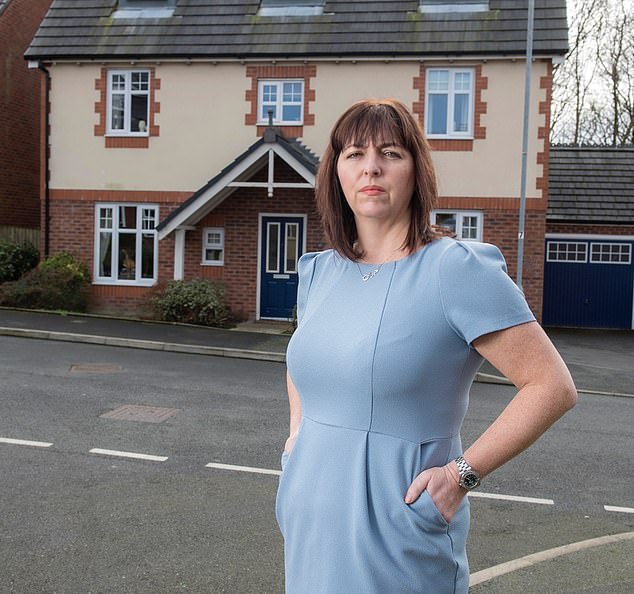 Campaigners say developers used the ‘feudal’ agreements to squeeze extra cash out of families desperate to get on the housing ladder – many with the support of the taxpayer through Help to Buy.

‘Leaseholders are in uproar about this. When your life has been blighted by this scandal and you are still living this nightmare daily, and you hear what she is saying, it is just not acceptable. 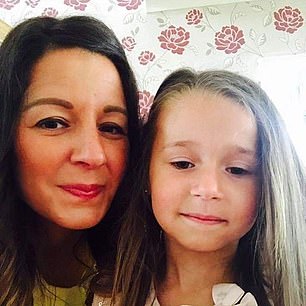 Andrea Harris ( left ) with daughter Gabriella Harris-Lowe, eight. She say she was not told about the ground rent

‘This has been going on for years now and yet we are no further forward. Heather Wheeler just does not get it.

Her demeanour at the committee made it seem like she did not have much respect for leaseholders and she made several flippant comments.’

Sebastian O’Kelly, a spokesman for the Leasehold Knowledge Partnership, said: ‘There are 100,000 leaseholders whose lives have been put on hold by onerous ground rents.

The Government has got to do something about this because developers have taken their customers for a ride.

Heather Wheeler’s evidence revealed a complacent approach when there should be urgency.’

Labour’s Tan Dhesi, an MP on the housing committee, said: ‘The situation many leaseholders are faced with is shocking and the minister’s response was wholly inadequate, to put it mildly.

‘The only way to solve the problem is with legislation.’

Families stuck in a nightmare: How legal loopholes and ‘hidden’ terms trapped families in their properties

They were told about the £295 annual ground rent, which would double every ten years, but were given assurances they would be able to buy the freehold for £5,000.

But less than two years later the developer sold the freehold to an offshore company.

The couple – who have a son, 18, and daughter, nine – were not notified or given the right of first refusal on the freehold – a right flat leaseholders have but house leaseholders do not, due to a legal loophole. 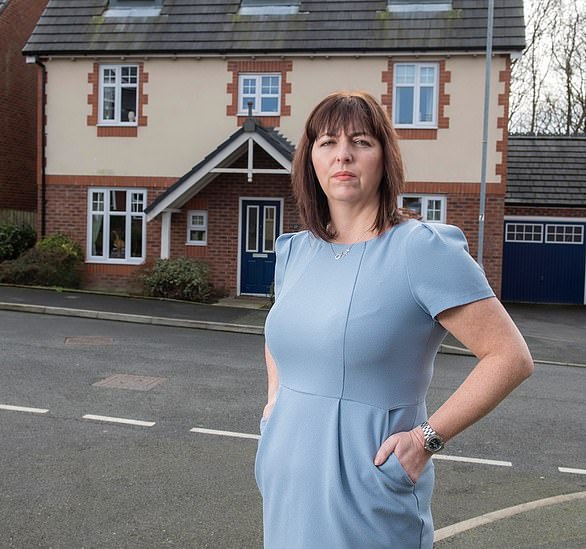 They have been offered an RPI-linked ground rent contract by Taylor Wimpey but say this would still mean paying £10,000 to buy the freehold.

Mrs Darbyshire, right, says: ‘There’s no end in sight. People say to me you should have read the small print but none of these things were in there.’ 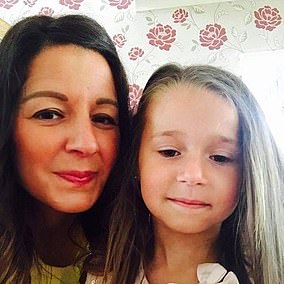 However, she was then hit with an annual ground rent bill of £200, which doubled to £400 last year. In another ten years it could double again to £800. Miss Harris, who lives in Radcliffe, Greater Manchester, now says she cannot sell the house and cannot afford to pay down the mortgage or buy the freehold.

She says she is stuck making mortgage interest payments on a home she fears she’ll never be able to pass on to her daughter Gabriella, eight, pictured left with her mother.

Miss Harris said: ‘I wanted this to be a family home that I could pass on … but now I will never be able to do that.

‘The Government isn’t doing anything to help people like me – we’re still stuck with crippling ground rents every year.’

Home Secretary Sajid Javid vowed when he held the housing portfolio to outlaw the use of leaseholds on newly-built homes in December 2017, branding the practice ‘feudal’.

But more than a year later, campaigners say those trapped in toxic contracts are no closer to escaping them.

Despite many leaseholders claiming they were not made aware of the full terms of their contracts, and suggestions it was similar to the PPI scandal, Mrs Wheeler said she did not agree it was an example of mis-selling.

The 59-year-old, who owns her constituency home in Burton-on-Trent outright according to the Land Registry, previously sparked controversy when she tweeted that the ‘British Empire’ came first with 396 medals in the Rio Olympics, referring to Britain and countries that were formerly its colonies.

Mrs Wheeler told MPs the comparison to PPI was difficult ‘because in effect with PPI you were sold something you really didn’t need, whereas this is completely different’.

She added: ‘There is a contract, there was legal advice but perhaps people are caught up in the moment because it is their first purchase and it is incredibly exciting.’

She said the Government was waiting on the outcome of two reviews, one by the Law Commission and another by Lord Best, related to leaseholds.

But campaigners say neither of these are likely to help those already trapped in unfair deals.

An inquiry is being carried out separately by MPs on the Commons housing committee.

What YOU need to know about the leasehold scandal affecting homes

What is a leasehold property?

When a home is sold as leasehold, the buyer owns only the house itself. The freeholder owns the land, meaning the buyer has to pay ground rent each year. They may also have to pay to make changes to the property. Ownership returns to the freeholder when the lease comes to an end.

Why is this a problem?

Leaseholds have been used for many years with the freeholder charging small ground rents. But developers saw this as a way to make money and many set rents quite high – at £200 to £400 a year – and some have doubled every decade.

Can families buy their freehold?

Sometimes. But, in some instances, the freeholder sells it to a third party who then charges a sky-high fee to sell it on to the leaseholder.

Why don’t sell up?

Many find their homes almost unsellable as some lenders will not grant mortgages against homes with excessive ground rents. Potential buyers may also fear the prospect of rents doubling.

How many are affected?

The Government says there are about 1.4million leasehold houses in England. The Leasehold Knowledge Partnership estimates that 100,000 of these are affected by onerous ground rents.

So what is the Government doing?

It has proposed a ban on the future sale of newly-built houses with leases. It has also encouraged freeholders to soften the terms of lease contracts to current owners. But this is purely voluntary and campaigners say it is not enough.