Thousands of unpopular qualifications are to be stripped of funding in a Government shake-up of higher education.

The Department for Education revealed there are more than 2,700 courses on offer across the country which attract fewer than 100 students – and another 2,700 that have none at all.

Other courses also at risk are those with fewer than 100 enrolments, which includes ‘Thai Massage’, ‘Responsible Alcohol Retailing’ and ‘CV Writing’.

The initiative aims to make the system of choosing a higher education course less confusing for students by purging swathes of unpopular options, and enabling more funding to go to in-demand qualifications.

Education Secretary Gavin Williamson said: ‘Trying to decide what course will put you on the path to a great career is hard enough, but with over 12,000 qualifications available, and many in the same subject, it can feel like a needle in a haystack.

‘Removing funding for qualifications that have no or low numbers of enrolments will help make sure students have a clearer choice of the qualifications on offer, and ensure they get the skills they need to progress.’ 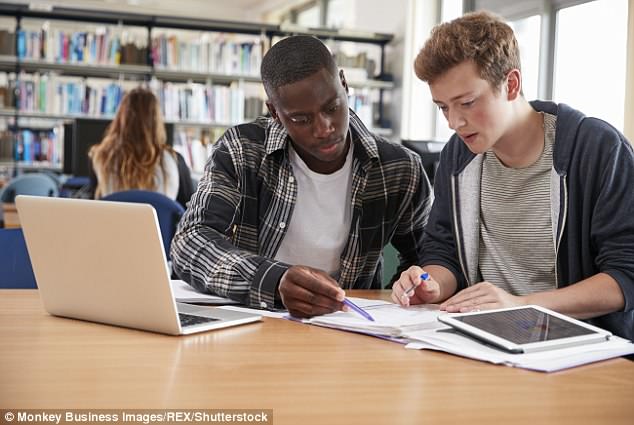 Last year the Department for Education set out a ‘case for change’ in the way qualifications at Level 3 for the over-16s operate, stating that they were not ‘of a uniformly high quality’ and that ‘the content of many technical qualifications… provided little value to students’.

The Government is inviting comments from education professionals as to which, if any, of the courses should be saved. It comes as part of a wider review into qualifications for the over-16s, which is aiming to ensure all courses are worthwhile.

Other upcoming measures to overhaul higher education include the new T Level qualifications – two-year courses equivalent to three A-Levels but which include a significant work placement of at least 315 hours.

David Hughes, chief executive of the Association of Colleges, said: ‘Making the qualification landscape easier to navigate for students and employers is crucial.

‘This will help that, but at the same time I am pleased at the approach being taken which should protect highly valued but low enrolment qualifications which provide crucial skills, often in smaller sectors of the economy.

‘We also welcome the opportunity for colleges to feed into the process alongside the awarding bodies.’