This is the unfortunate moment a driver in Minnesota rear-ends the car in front of it – twice.

In the video, filmed this month, the two cars can be seen on a four-lane highway.

There are a lot of other cars on the road and the vehicles appear to be in stop-and-go traffic.

After a few moments, the black Ford Escape rear-ends the white Kia in front of it.

The two cars then decide to both pull over on the side of the highway.

But as they begin to slow down and park, the driver in the Ford Escape hits the Kia again.

The video cuts off before either driver can be seen getting out of their cars. 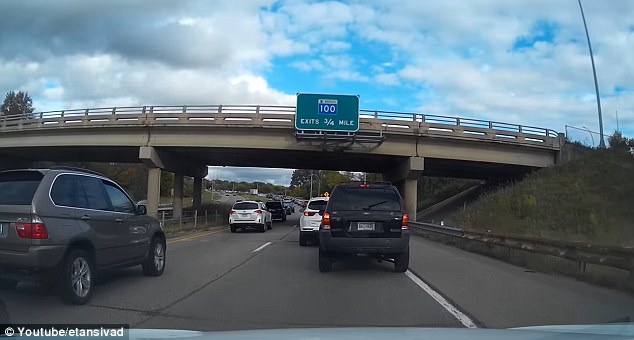 After the incident, which was filmed on a dash cam, the drivers decide to pull over 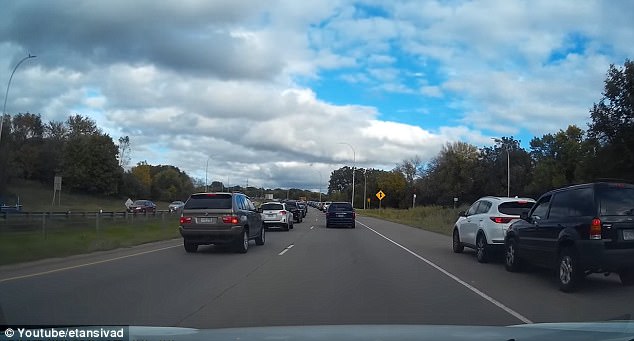 But while they are on the side of the road, the black Ford Escape rear-ends the white Kia again