Minnesota man stopped in Oregon with 201 lbs. of pot

A man from Minnesota and his friend were stopped on an Oregon interstate after their vehicle which was loaded with more than 200 pounds of marijuana was stopped by police.

Pandy Hout, 29, of Shakopee, and Meng Lor, 28, of Sacramento, were apprehended about 5:30 p.m. on Interstate 5 near the southwestern Oregon town of Merlin.

Although Oregon became the third state in the nation to legalize small amounts of marijuana for recreational use, it has to be soley for personal use and police believe the duo were in fact trafficking.

The trooper pulled over the SUV for speeding and immediately ‘became suspicious of criminal conduct and searched the vehicle following a roadside investigation.’

The officer’s instinct proved correct and a search turned up 201 pounds marijuana.

The two men had flown from Denver to Medford, Oregon and then rented an SUV for a trip in order to heard to California where they had obtained the marijuana. 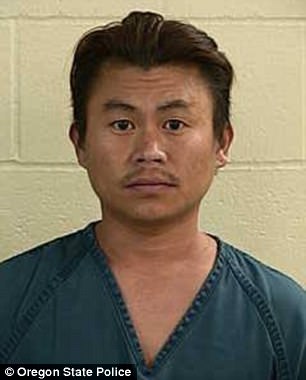 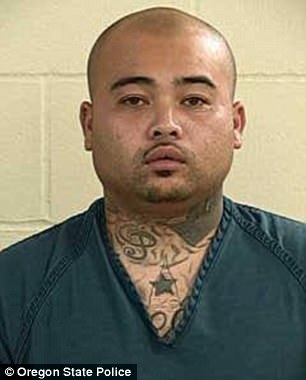 Police believe they were in the process of taking their haul to back to Minnesota.

The men were taken to the Josephine County jail and released the next day after putting up $2,000 bond each.

The men have each been charged with exporting marijuana and unlawful possession of more than four ounces of the drug.