A North Carolina man narrowly escaped being eaten by an alligator after the animal launched an attack on his kayak and nearly flipped it over.

Peter Joyce was kayaking down the Waccamaw River in North Carolina at the weekend when the terrifying ordeal occurred.

Mr Joyce was wearing a camera on his chest and so captured the alligator’s charge on film.

His footage shows him paddling down the tree-covered river as the alligator lurks on the surface of the water to his left.

It then speeds across the water and butts Mr Joyce’s kayak, pushing it over and sending part of his body into the water.

Fortunately, he is able to use a nearby tree to lever himself back upright. He told WECT News he would have ‘inverted’ if not for the presence of the tree. 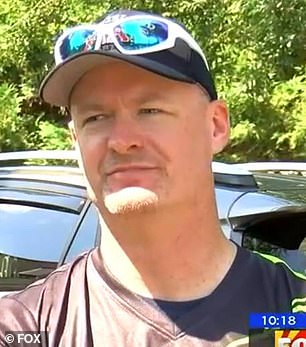 Mr Joyce was kayaking down the Waccamaw River

He said: ‘I thought I heard a fish jump to my left—turned out not to be a fish.’

‘About three feet from the kayak I made out the head of the gator and that was it, I had no time to react.’

‘If it hit and there was nothing to grab on the right side of me, I would have inverted. It could’ve been a lot worse.’

After Mr Joyce righted his kayak, the alligator did not re-emerge and he was able to continue his journey.

He said his encounter has made him more respectful of the creatures’ power.

‘This was a continuous charge from about 20 feet away. It definitely made me think a little bit differently what their capabilities are.’

It comes after Florida woman Susan Geshel discovered two alligators fighting outside her home in June. 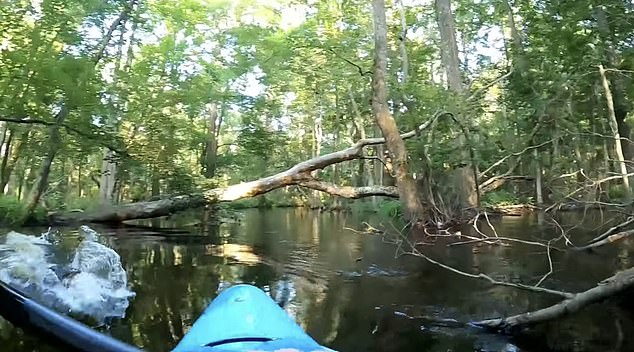 After about 20 minutes by her house, one of the alligators walked across the street to a neighbor’s home while the other disappeared from the area and could have gone to a nearby pond, she added.

Florida Fish and Wildlife Conservation Commission Spokeswoman Melody Kilborn said the fighting alligators were reacting to being in a confined space.

The reptiles, who Kilborn said are most visible when the weather is warm, also tend to mate during May and June, according to the wildlife agency. 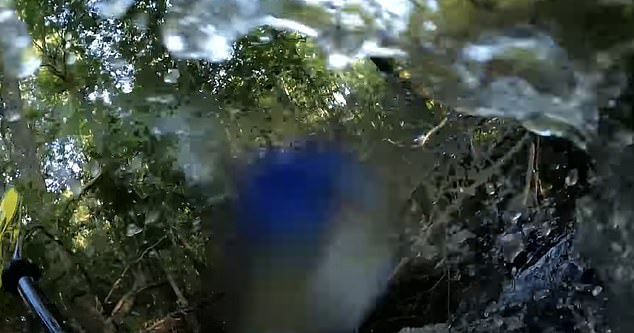 The alligator sped across the water and butted Mr Joyce’s kayak, pushing it over and sending part of his body into the water