On Wednesday evening the 37-year-old Bluebird crooner performed a myriad of hits at the star studded Ascend Amphitheater in Nashville, Tennessee.

Bringing the drama with her on-stage look, Mirana donned an orange fringed shirt and glittery tights for her set.

Miranda was hard to miss in a show-stopping outfit that included a crimson bodysuit with orange fringe on the arms and starry lapels.

She wore a fringed jean skirt with an a large rhinestone belt and continued to shine bright with glitter accented fishnet tights.

And naturally the blonde wore a pair of heeled cowboy boots for the performance and her mic stand featured an ‘M.’

The blonde lit up the amphitheater as she performed songs including Gunpowder and Lead, Mama’s Broke Heart, Little Red Wagon and Drunk. 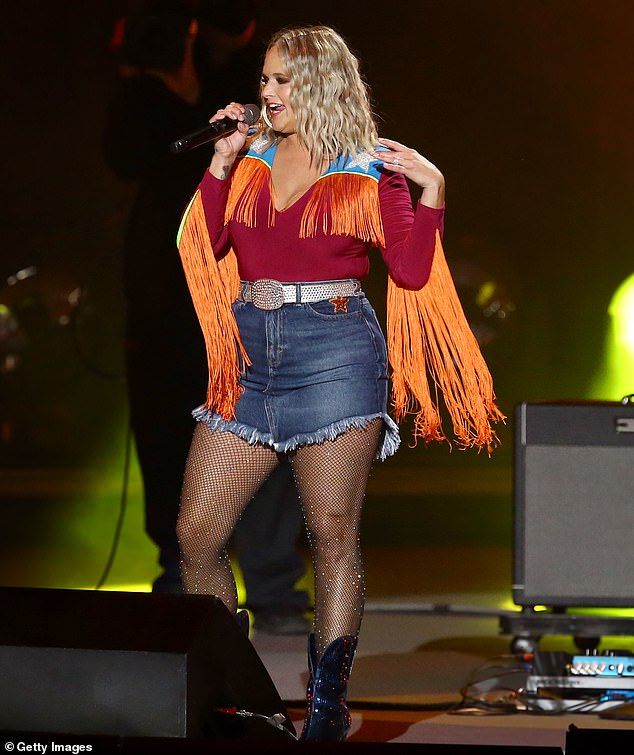 Crowd pleaser: Miranda lit up the stage as she performed at the second night of the country-centric event 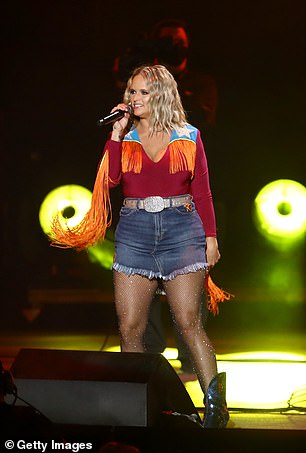 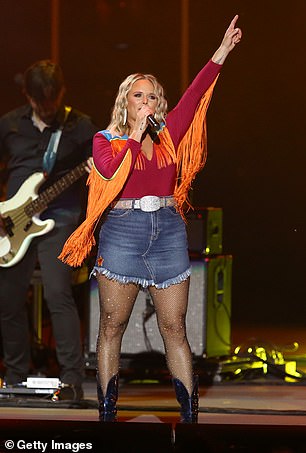 Working it: Fans rejoiced as she played songs including Gunpowder and Lead, Mama’s Broke Heart, Little Red Wagon and Drunk 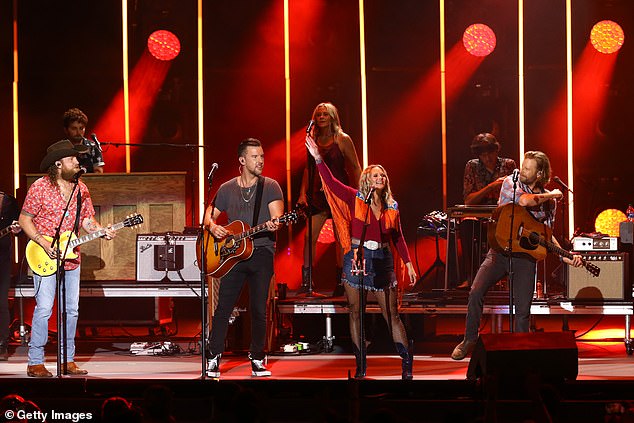 Fan favorites: At one point she performed with fellow country stars Dierks Bentley and Brothers Osborne

On Tuesday evening, Lambert’s ex husband of four years (they dated for a decade), Shelton, performed a duet with Stefani, and tacked his last name onto hers during an introduction — just three weeks after the pair tied the knot.

The now-couple first became romantic a little over a year after meeting in 2014. They found solace and comfort in each other at that time as both were in the midst of high profile divorces (Stefani was married to Bush frontman Gavin Rossdale from 2002 to 2016).

Though Miranda has yet to publicly comment on the pair’s wedding or engagement, in March she fondly recalled a song they had written together ‘Over You,’ about The Voice judge’s late brother.

During an interview on Essentials Radio on Apple Music, she called the act of writing that song together ‘a really a special moment,’ that unearthed a new side of him. 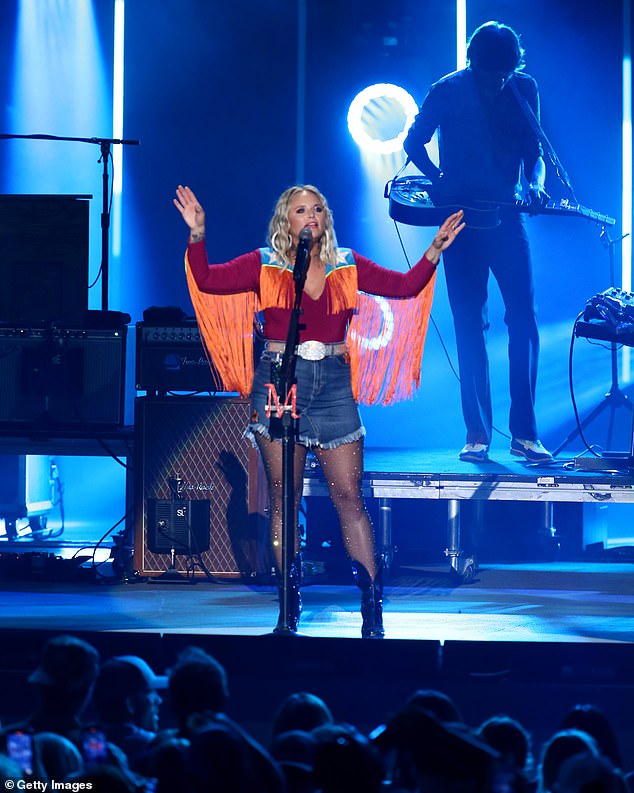 Over you: ‘I’m so glad we shared that song and that it helped his family heal, to have that together,’ she said of she and ex Shelton’s song ‘Over You’ in a March radio interview 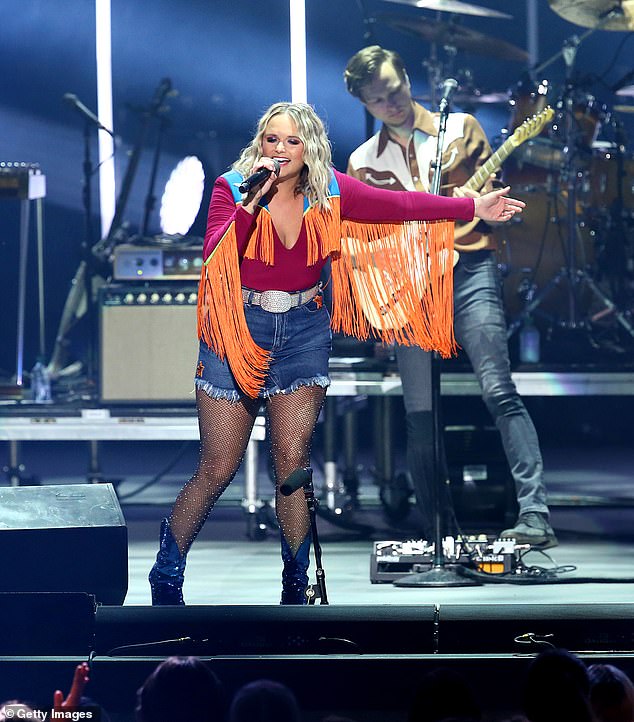 Moved on: Lambert has been married to former police officer Brendan McLoughlin since 2019 — just three months after they began dating 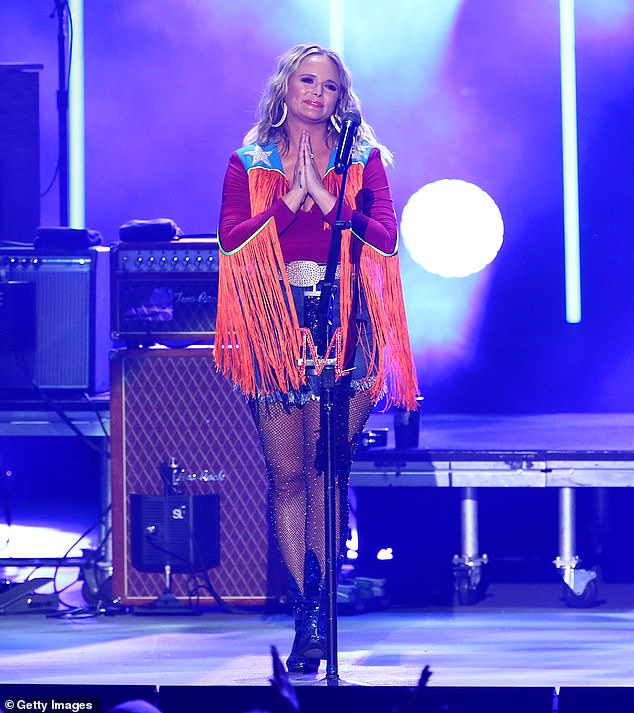 Good to be back: Miranda’s performance was full of more subdued songs during which she stood by the mic stand and other bangers where she worked the room

‘My ex-husband, Blake, had lost a brother, and it’s one of those moments where even if you’re married to someone, sometimes you find something new about them.’

‘…I’m so glad we shared that song and that it helped his family heal, to have that together,’ she said.

And continuing to keep that bond alive, Shelton performed a cover of their song at the Force 50 Foundation Benefit for Oklahoma Veterans on July 23.

She broke the news on Instagram a month later. ‘I met the love of my life. And we got hitched!My heart is full. Thank you Brendan McLoughlin for loving me for… Me.’ 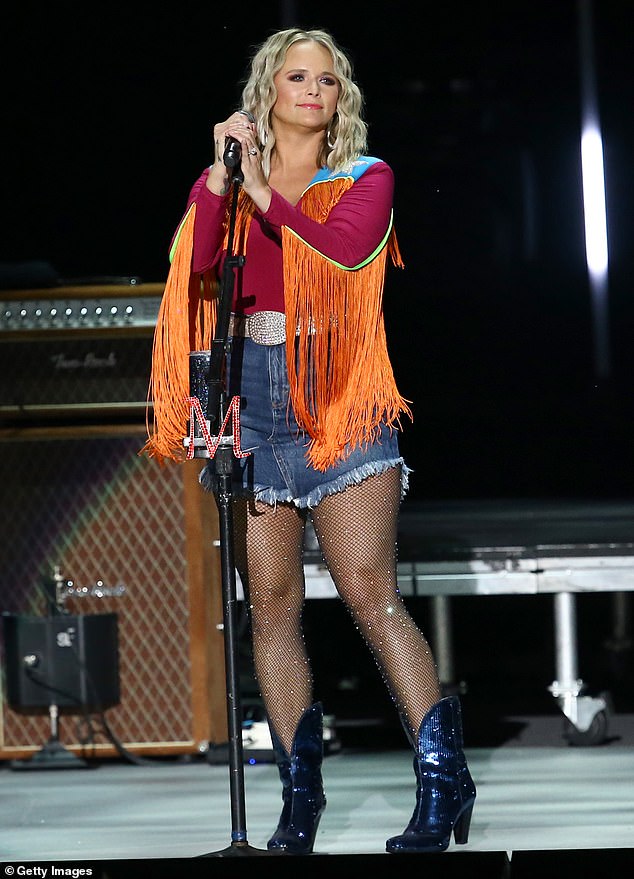 Night two: The Bluebird singer was one of the most sought after performances during the second night of the festival