Country super star Miranda Lambert is doing her part to help those suffering the aftermath of Hurricane Harvey, which has ravaged her home state of Texas, by helping move more than 100 pets to safety.

The singer, who was born in the Lone Star state’s city of Longview, mobilized volunteers and several trucks from her animal-centric charity, the MuttNation foundation, to help pets displaced by the natural disaster.

The 33-year-old tweeted on Wednesday that her foundation’s team had rescued 72 dogs from Hurricane-torn Houston and moved them to shelters in nearby Oklahoma, where the organization is based; the next day MuttNation rescued an additional 40 dogs, 38 cats, and 21 pets from Baytown City Shelter, according to its Instagram.

Doing it for her home state: Miranda Lambert, 33, mobilized her animal-centric charity, MuttNation foundation, to help save pets displaced by Hurricane Harvey in Texas 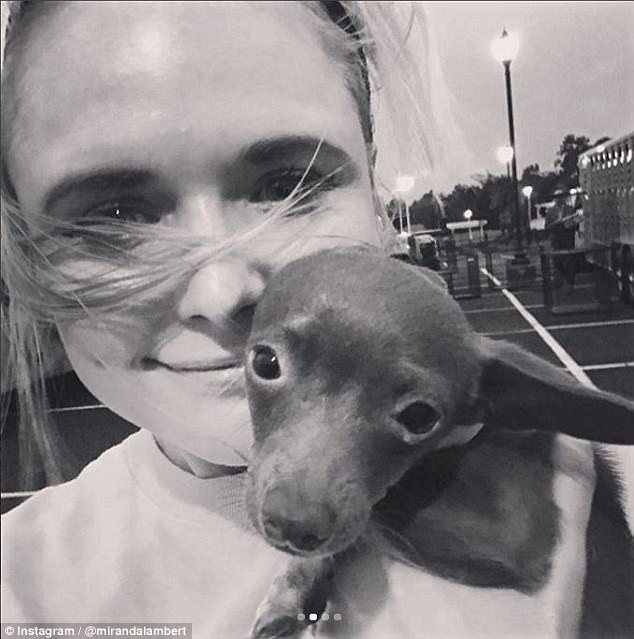 A big help: The Country star’s foundation has saved at least 112 dogs, 38 cats and 21 pets, which they are moving to Oklahoma to make room in Houston shelters for displaced pets 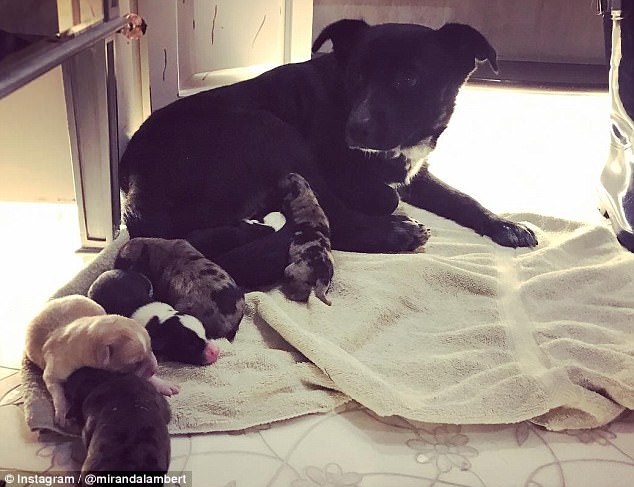 Not all talk: Miranda shared a picture of a black dog and her six newborn puppies that she welcomed into her home 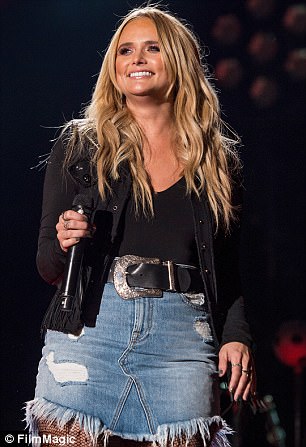 The Texas as Hell singer even welcomed into her own home one of the rescued dogs and her six newborn puppies.

‘My roommates tonight sure are cute!’ she captioned an image of the adorable dogs.

‘Mama and newborns that were born this morning.’

MuttNation has been helping to clear out pets from Houston shelters to make room for those displaced after the storm.

By Thursday, Miranda herself had joined in the effort, with her foundation posting a picture of the star next to four puppies in a cage in the city, which has been left underwater by the natural disaster.

In the image, Miranda can be seen wearing a camouflage-print T-shirt, a baseball cap, and jeans, while flashing a peace sign at the camera. 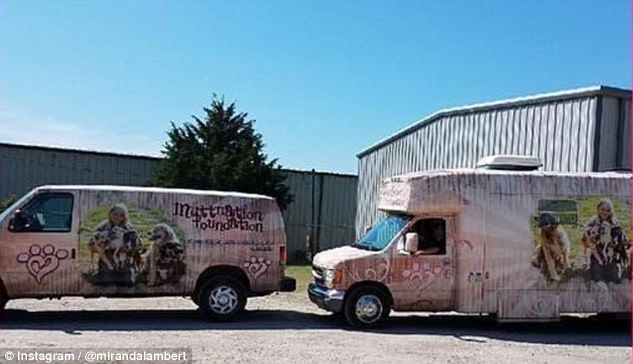 Nice rides: The native Texan shared a picture of her foundation’s trucks, which were used to move pets from Houston to Oklahoma (pictured) 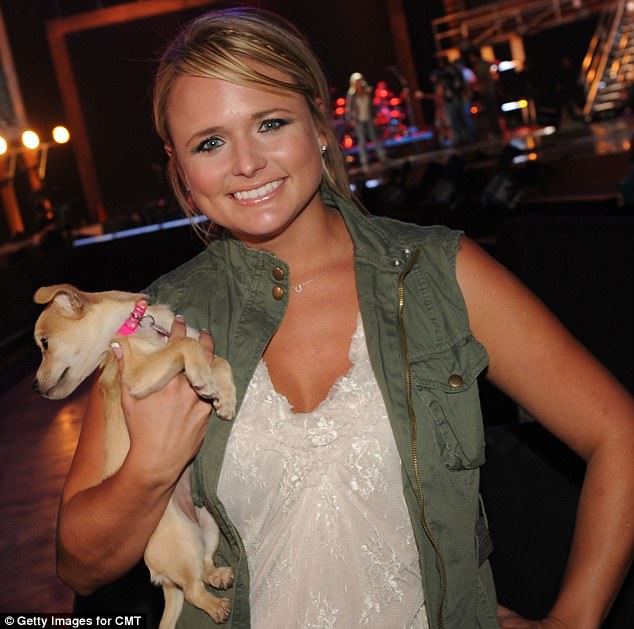 She’s a dog person: Miranda founded MuttNation with her mother, Bev, in 2009

Miranda is known for having a soft spot for animals- at this summer’s CMA Fest, she raised awareness for pet adoption by leading a parade of dogs through downtown Nashville.

She started MuttNation with her mother, Bev, in 2009. According to its website, it promotes the adoption of shelter pets, operates a national transport network, and helps private and municipal animal shelters with financial aid.

Celebrities like Green Day’s Billie Joe Armstrong have praised the singer and her organization for their effort to help the crisis in Texas, which has so far cost at least 38 lives and destroyed an estimated 30,000 to 40,000 homes.