Designer Misha Nonoo may have found creating her own wedding dress to be a ‘lengthy’ and ‘challenging’ process, but newly-released images of stunning bride wearing the gown prove that any stress was worth it all along.

Misha, 31, married oil tycoon Mikey Hess during a star-studded weekend of events that made headlines around the world thanks in large part to their high-profile guest list.

And now London-raised, New York-based Misha has shared the first photos of herself modeling the hand-embroidered lace and silk gown that royals, politicians and celebrities saw her say ‘I Do’ in.

Regal: Fashion designer Misha Nonoo, pictured, has shared the first images of herself wearing the lace and silk organza dress she created for her nuptials to Mikey Hess 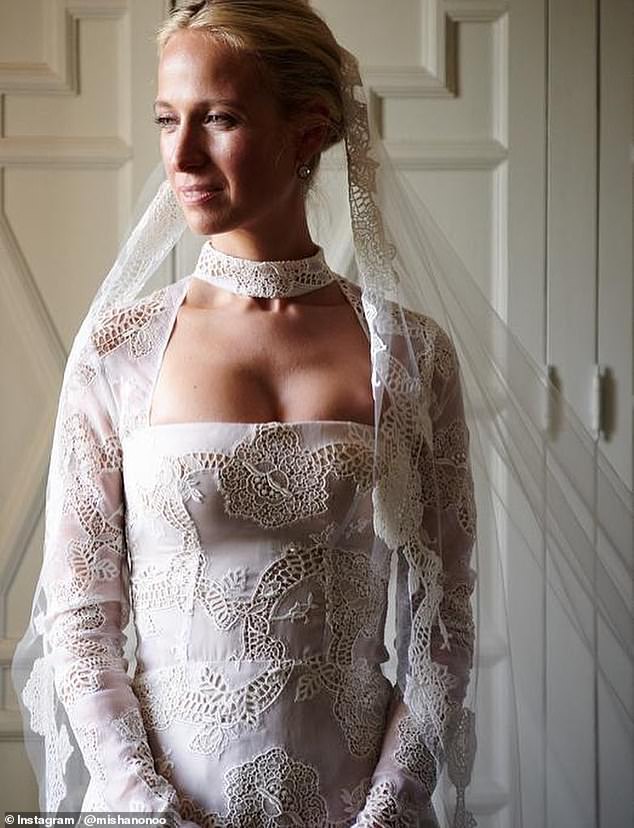 Details: The 31-year-old New York City-based designer revealed close-up images of the impeccably hand-embroidered gown she wore to say ‘I Do’

Misha, who was born in Bahrain, took to her eponymous brand’s Instagram account to share photos from the morning of the big day – the first images that have been seen of the designer in her stunning gown.

In the post, Meghan Markle’s best friend detailed exactly how she created the dres,s while sweetly referring to her new husband Mikey, 33, as ‘the love of her life’.

Writing on social media, Misha explained, ‘It was such a special process to make this one of a kind piece, particularly when I usually design with every woman in mind, the options felt endless.’

Her own clothing line, which counts Meghan Markle, Emma Watson and Irina Shayk as fans, is based on the premise of a functional capsule wardrobe in simple silhouettes and shades.

Misha explained that for the dress, she opted to design a dress comprised of guipure lace on laser cut silk organza. The show-stopping piece was then hand embroidered at a family-run mill in Switzerland.

The intricately-detailed vintage-style dress featured long sleeves and a fitted bodice, which were connected by a simple delicate lace choker.

Simple fabric buttons cascaded down the back of the dress which featured an A-line floor-length silhouette. 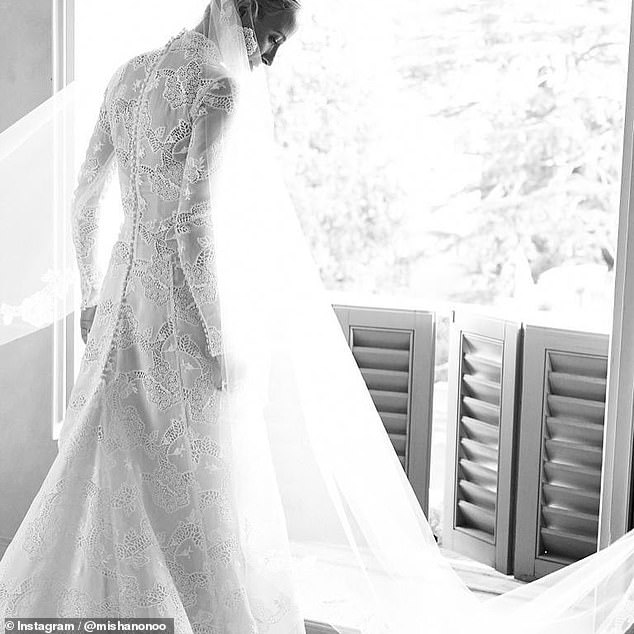 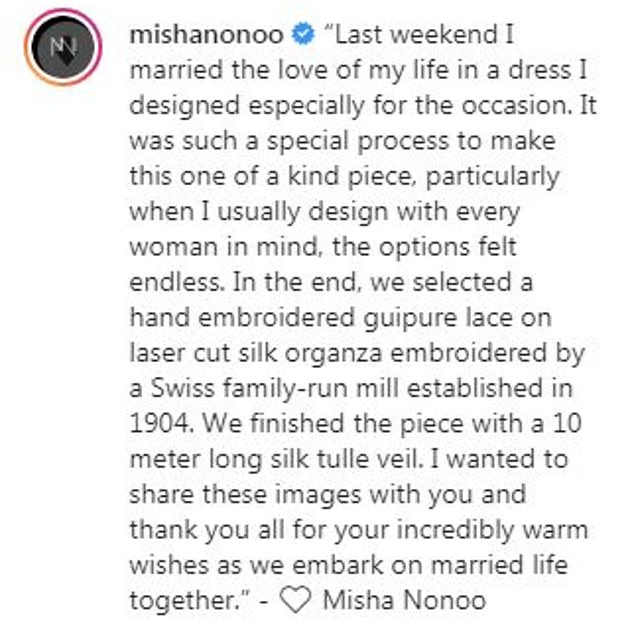 Thank you: Misha, 31, shared the images to her eponymous brand’s Instagram account, thanking fans for their ‘warm wishes’

The bride also opted for her signature minimal makeup and tied her blond hair up to keep the focus on the cut-out neck detail.

She also opted for an ethereal 10 meter long veil in silk tulle.

Earlier this month, Misha – who became engaged to Mikey in February 2019 – told DailyMail.com that she ‘always knew’ she would design her own wedding dress.

However, the task didn’t come without its complications.

‘I think so much about my collection as pieces that are going to work on so many women. But when you think about one piece that’s going to be worn by one person for one night, you have endless options of what you can do and I find that quite hard, having no parameters whatsoever.’

‘It’s been a very interesting process. Designing a couture piece is lengthy but there’s also something extremely special about the idea of something that you’ll treasure and keep forever,’ she added. 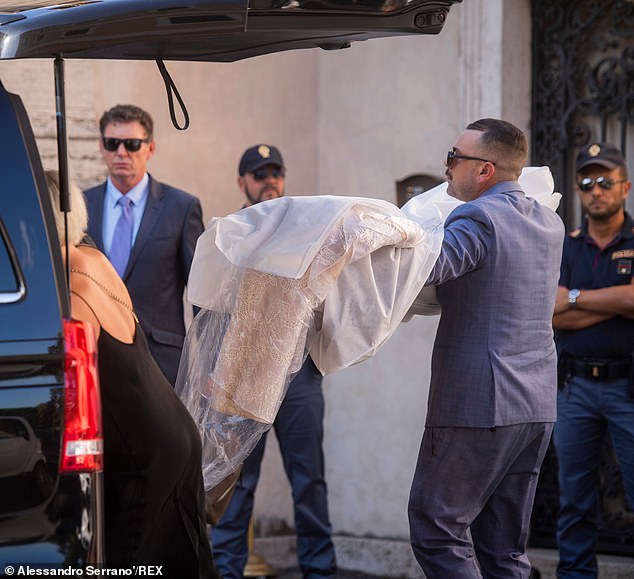 Precious cargo! The wedding dress was seen arriving at the lavish Villa Aurelia in Rome ahead of the happy couple’s nuptials last weekend 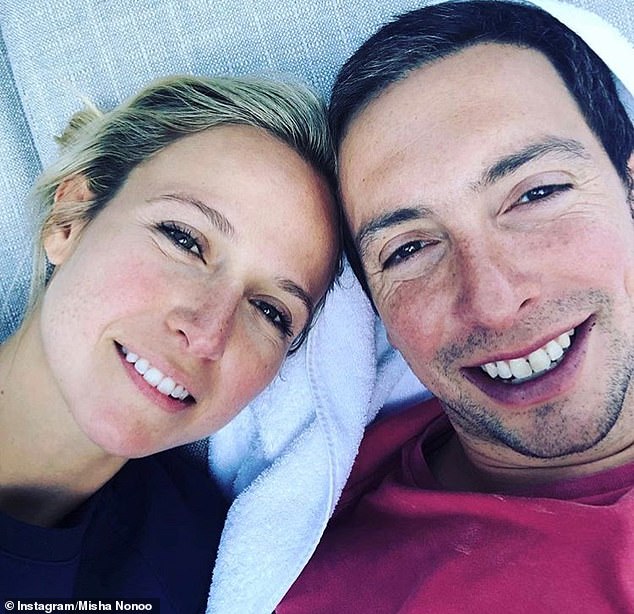 Newlyweds: Misha and Mikey, the son of an oil tycoon, got engaged in February

‘It’s been challenging because lots of people weigh in and they’re like, “Well you have great shoulders, why don’t you show them off,” but also, “Oh wouldn’t you look beautiful with a long sleeve,”’ she said. 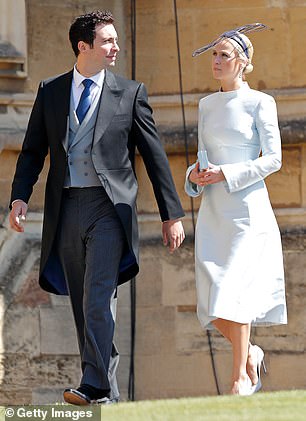 At the time, Misha, who usually leans towards pared-back and toned-down silhouettes in muted colors, did hint that the dress had ended up far more traditional than what she initially visualized.

‘It’s still very minimal but more traditional,’ she said. ‘Hopefully people like it! It’s not just [about] pleasing yourself.

‘When I get dressed every morning, I please myself. I encourage other women to do the same; to look good for themselves so they can go about their daily life.’

Despite the fact that numerous women wear her white pleated-leg crepe jumpsuit to say ‘I Do’ -and it has been sported by Bella Hadid – Misha said she has no plans to ever expand into designing wedding dresses. 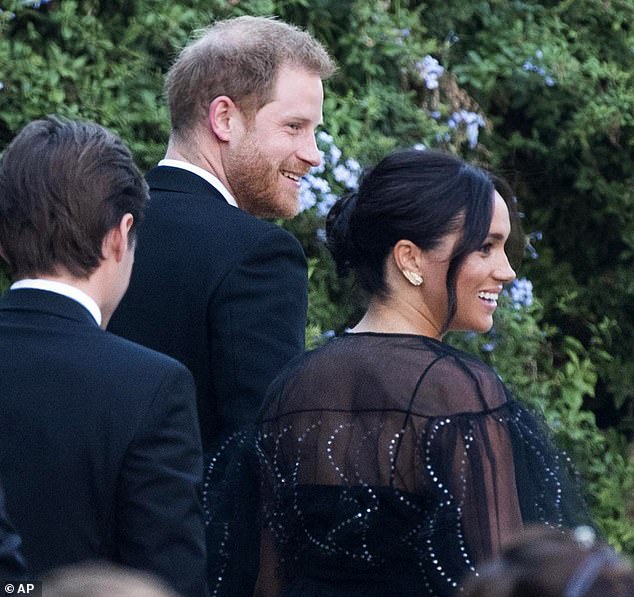 Guests: Royal couple Meghan and Harry were seen attending Misha’s nuptials in Rome, although they stayed in the city for just 48 hours 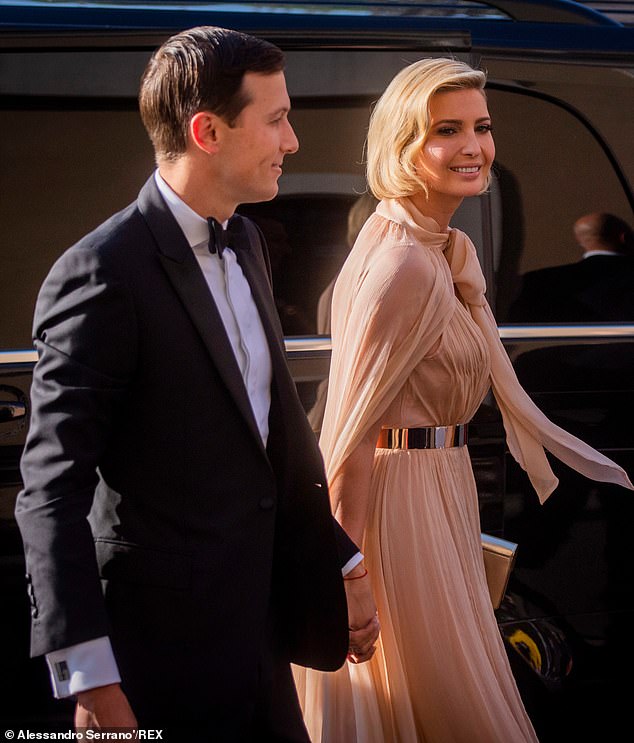 Friends: Guests Ivanka Trump with her husband Jared Kushner, left, who is a close friend of groom Mikey’s 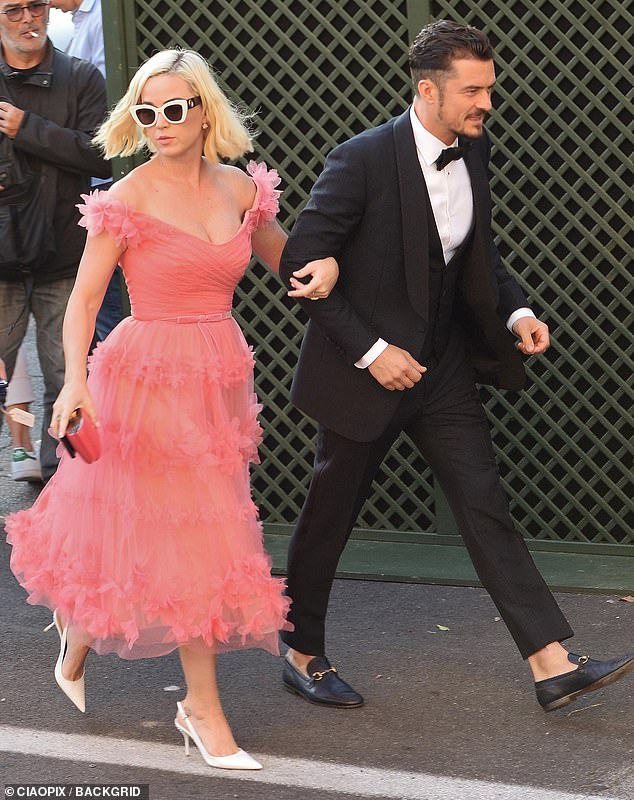 Paparazzi bait: The celebrity guests, such as singer Katy Perry and actor Orlando Bloom, kept local paps on their toes all weekend 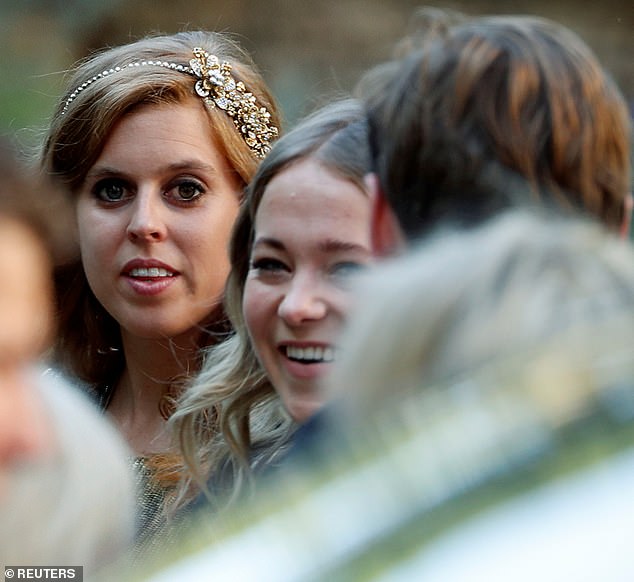 Royalty: As well as Prince Harry and Meghan, royals like Princess Beatrice of York, pictured, were among the crowd who gathered for the celebration

When asked if creating a range for other minimally leaning brides would ever be on the agenda for her eponymous label, Misha laughed and said that it’s a firm no.

‘It’s very stressful. It’s not something I ever wanted to get into, but I always knew I would design my own dress,’ she clarified.