Missing Hawaii hiker breaks down in tears calling her parents

A Hawaii yoga instructor who was found alive after going missing in a forest for 17 days was pictured breaking down in tears when she was finally able to contact her parents.

Photos taken by her rescuers showed an emotional and injured Amanda Eller calling her parents on Friday from the Maui forest where she was found to let them know she was alive.

The 35-year-old was comforted by two of the men who found her as she made the tearful phone call while sitting by a creek bed.

Eller, who lives in the Maui town of Haiku, was found injured in the Makawao Forest Reserve on Friday when helicopter rescue crews spotted her waving from beside the creek. 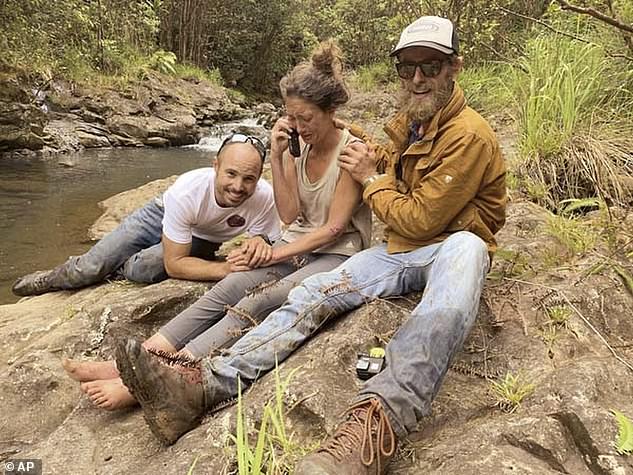 She had gone missing on May 8 while hiking on a trial.

Authorities found her white Toyota RAV4 in the forest parking lot with her phone and wallet inside. Her car key was found hidden under the driver’s side front tire.

Hundreds of volunteers helped search for her and Eller’s parents offered a $10,000 reward to encourage people to find her.

Eller, who was wearing just a thin top, a sports bra and a pair of yoga pants when she got lost, was found around four miles from where she had left her car.

When rescuers found her, Eller was suffering from severe sunburn, a broken leg after falling 20 feet off a cliff and wounds to her feet after losing her shoes during a flash flood.

She managed to survive by sleeping in a boar’s den and eating moths.

Eller was released from hospital on Sunday.

Speaking from her hospital bed on Saturday where she continues to recover, Eller said: ‘I wanted to give up. But the only option I had was life or death.’ 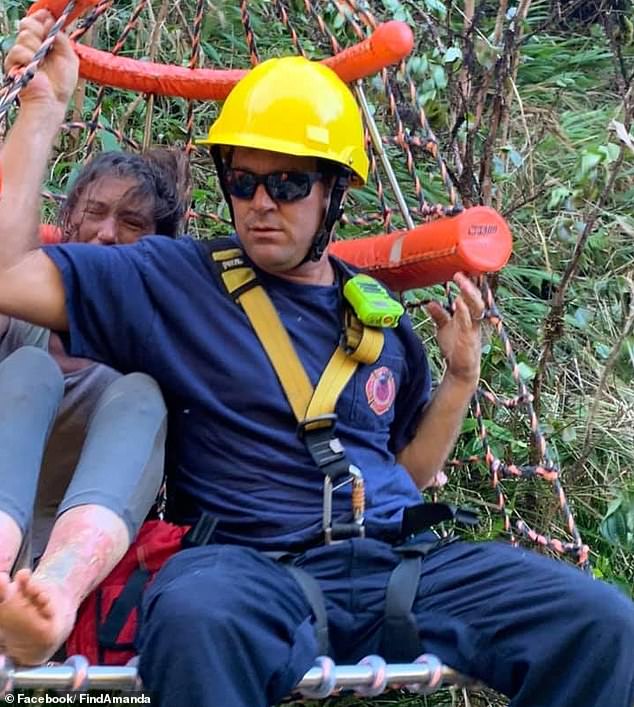 Eller was hoisted out of the forest via the helicopter before being taken to the Maui hospital to be treated. She had severe wounds to her feet after losing her shoes and suffered a broken leg 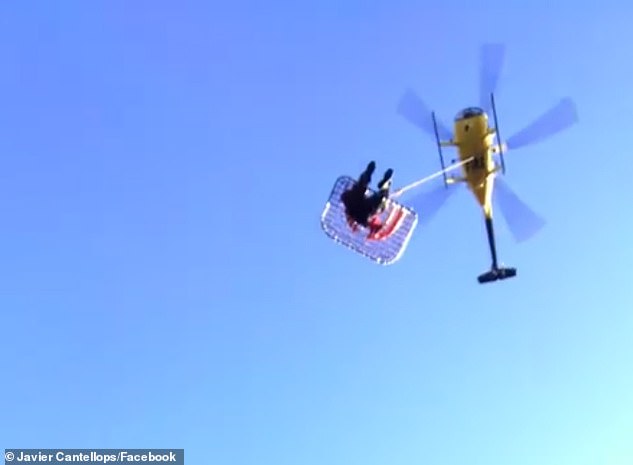 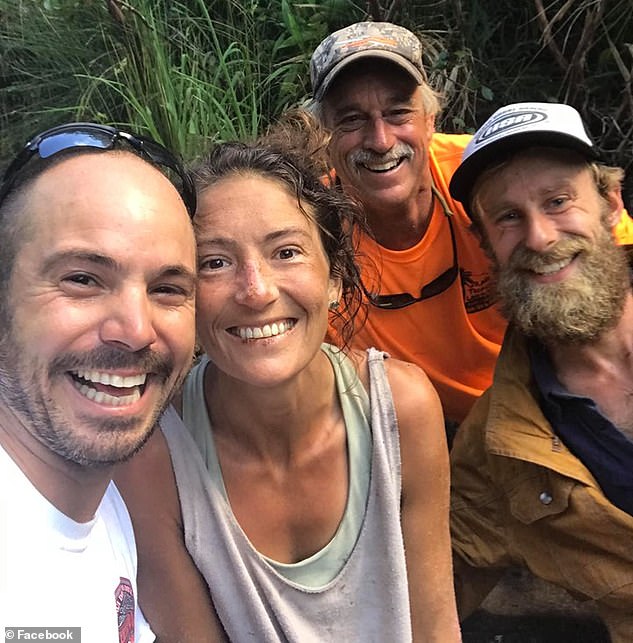 Eller (pictured with her rescuers Javier Cantellops, Chris Berquist and Troy Helmers) had been missing in the forest for 17 days before she was found

Eller had intended to go on a short trail walk but went off the path at one point to rest. When she resumed hiking, she had lost her bearings.

‘I wanted to go back the way I’d come, but my gut was leading me another way – and I have a very strong gut instinct,’ Eller said.

‘So, I said, my car is this way and I’m just going to keep going until I reach it.’

She said she kept trying to get back to her car but wound up going deeper into the jungle.

‘I heard this voice that said, ‘If you want to live, keep going’,’ she said.

‘The whole time I was going deeper into the jungle, even though I thought I was going back where I came from.

‘I was getting so skinny that I was really starting to doubt if I could survive.’

She fell off the cliff early on in her ordeal, which led her to fracture her leg and tear the meniscus in her knee.

After the fall, she struggled to walk and she also had trouble finding food. 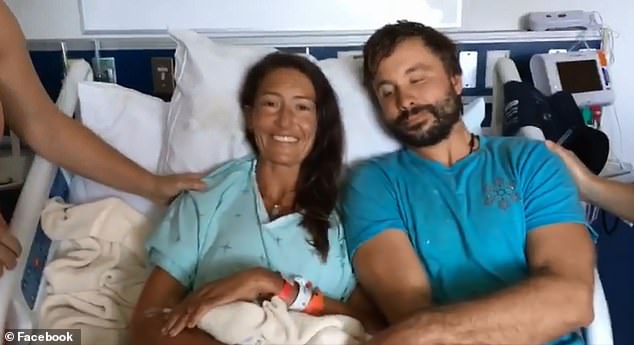 Eller, pictured in hospital with her boyfriend Benjamin Konkol, was found suffering from severe sunburn, a broken leg after falling off a cliff and wounds to her feet after losing her shoes 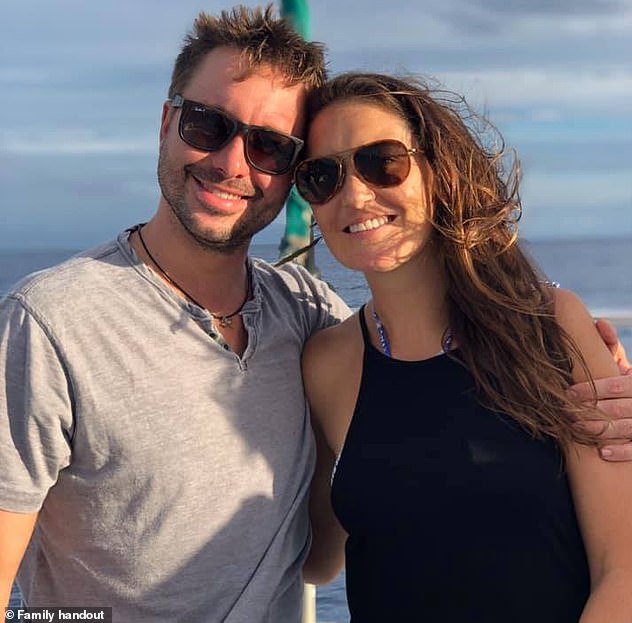 At the time of her disappearance, Eller had gone hiking without her phone and was last seen by her boyfriend Konkol. The couple are pictured above together 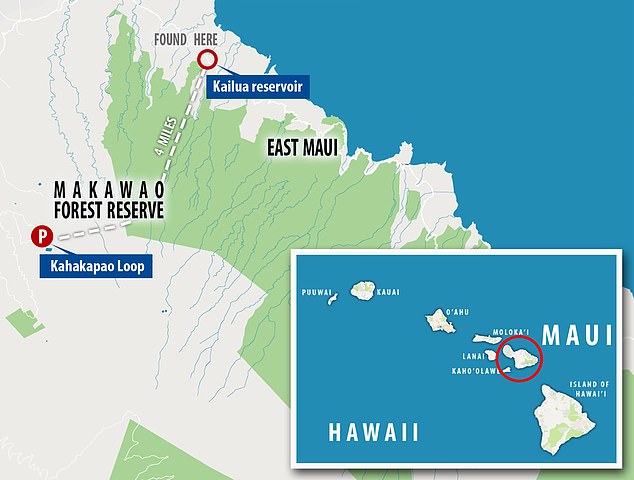 Amanda went missing on May 8 after leaving her phone behind while hiking in the Makawao Forest Reserve trail in Maui. She was found around four miles from where she had left her car

After 17 days of wandering, Eller said she saw a helicopter hovering overhead that had been sent to find her.

‘I looked up and they were right on top of me,’ Eller told the New York Times. ‘I was like, ‘Oh my God,’ and I just broke down and started bawling.’ 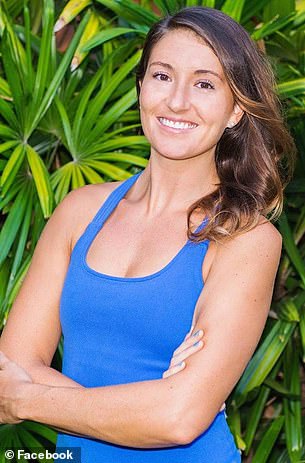 Eller, who is originally from Maryland, works as a physical therapist and yoga instructor. She lives and practices in Haiku

Javier Cantellops told the Honolulu Star-Advertiser he was searching for Eller from a helicopter along with Chris Berquist and Troy Helmers when they spotted her about 3.45pm near the Kailua reservoir.

Cantellops said she was in the bed of a creek with waterfalls on either side.

He saw Eller waving her hands at the helicopter.

‘It was unbelievable, dude,’ Cantellops said. ‘Seeing her for the first time in a long time was just unbelievable. It was nothing short of elation.’

‘That vegetation is so thick, it’s a miracle that we saw her,’ Cantellops said.

Rescuers used the helicopter to hoist Eller to safety and she was then taken to Maui Memorial Hospital by an ambulance.

Eller, who is originally from Maryland, works as a physical therapist and yoga instructor. She lives and practices in Haiku.

Her family and boyfriend Benjamin Konkol initially feared that she could have been ‘intercepted’ by someone involved in her disappearance.

They flew to Maui last week to help search for her.

Police had released surveillance video of her buying granola bars in the hours before she went missing. 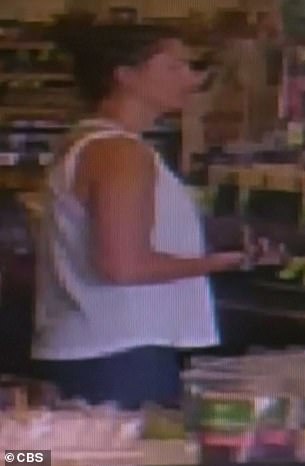 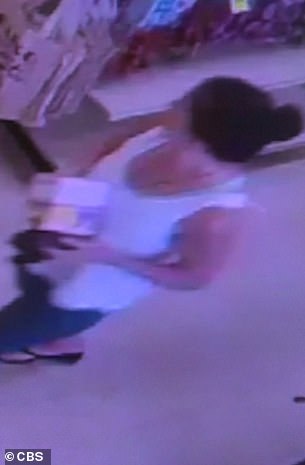