Mississippi couple who suffered two miscarriages are stunned to be told they’re expecting QUINTUPLETS after IUI fertility treatment: They’ll have four girls and a boy

A Mississippi couple who suffered two miscarriages were ecstatic when they were told they were expecting quintuplets – five babies – after undergoing IUI fertility treatments.

Shawn and Haylee Ladner said they always wanted have a large family with lots of kids but had no idea their large family would happen all at once.

Haylee said when she got pregnant, she noticed her pregnancy hormone numbers were ‘super, super high,’ but figured she was probably having ‘twins,’ especially since they have had two eggs.

But when the doctor told them they were expecting not two but five babies the parents-to-be were stumped and speechless.

‘There’s five? Haylee asked again. ‘How is this possible?’

Shawn told the doctor to ‘Count again. Make sure and count again’. But sure enough, the doctor was right.

Shawn and Haylee are 20 weeks pregnant and have their names picked out –  Adalyn Elizabeth, Magnolia Mae, Malley Kate, Everleigh Rose and their son, Jake Easton 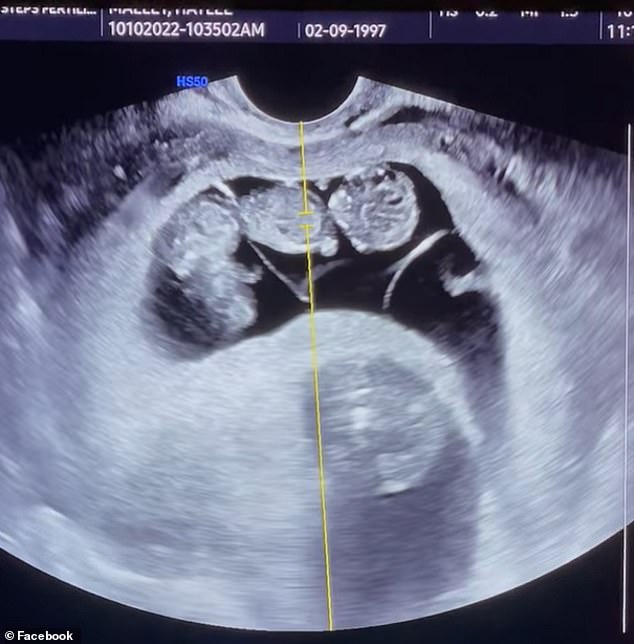 Haylee posted  a video on her Facebook page on October 10, 2022 with caption: Here is the video of our little wiggle worms! We are almost 10 weeks! Just to give you some insight, We had two mature follicles with our IUI. One of those follicles split 4 times and created identical quadruplets while the other egg formed our ‘twin’ in its own separate gestational

The couple who are five months pregnant – 20 weeks – already know the sex of their babies – four girls and a boy – and have already picked out their names.

The excited mom-to-be said: ‘One split four times and made identical quads and the other made the singleton.’

The couple who married in 2019 knew they wanted to have a large family with at least four children, said Haylee, who is a middle school teacher at Oak Grove Middle School.

But after Haylee suffered two miscarriages, she was terrified she may not be able to conceive. Then they turned to intrauterine insemination (IUI),  to help them get pregnant.

The procedure is a type of artificial insemination which involves sperm being placed in the uterus around the time an ovary releases one or more eggs.

‘It is the biggest blessing of my entire life because I did not think that it would be me,’ Haylee said, WLBT News

‘I felt that I would not even be able to have one or I would be lucky to even have one.’ 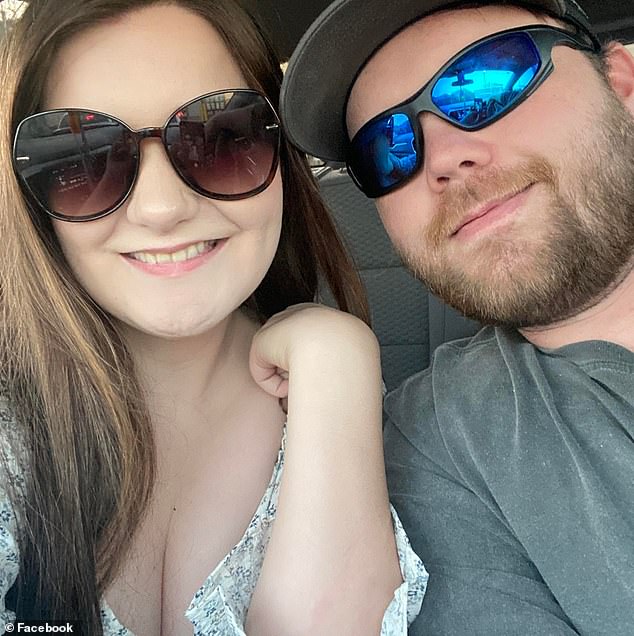 The odds of conceiving quintuplets naturally are one in 60 million. With reproductive technology that chance goes up to six in 10,000, a report said.

Shawn said: ‘I don’t know if you are fully prepared for five kids that’s a lot but, we’re  doing our best.’

When asked if they plan to have more kids after their five bundles of joy arrive, the dad-to-be quipped: ‘Definitely not…five is enough.’