Missouri school agrees to pay student $423,000 after she was stomped on by classmates in a mud pit

A Missouri school district agreed to settle a lawsuit for $423,000 with a former student who sued after she said she was seriously injured when she was stomped on in a mud pit during a back-to-school event.

Megan Taylor, a graduate of Kickapoo High School, filed a lawsuit in 2015 against the Springfield school district alleging that a muddy pit used for a school event in August 2010 was not properly supervised.

She also said school officials failed to provide her with emergency aid after she was pushed down into the mud and then stomped on by classmates.

Taylor, who was 17 at the time, fractured her collarbone and injured her heart and the surrounding tissue, according to the Springfield News-Leader. She also suffered four strokes that resulted in permanent brain damage, severe dementia and temporary blindness in one eye that lasted weeks.

Megan Taylor suffered four stokes and was left temporarily blind in one eye after she was trampled in a back-to-school mud pit activity. She is pictured in the hospital in 2010 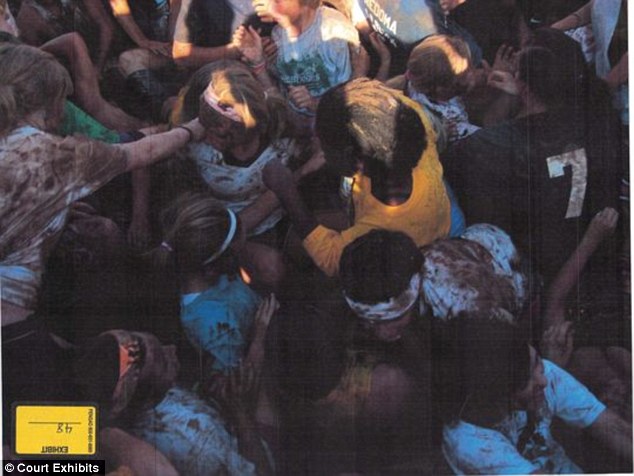 Taylor said she was pushed from behind and fell face down into the mud as students stomped on her. Pictured are students participating in the 2010 mud pit activity 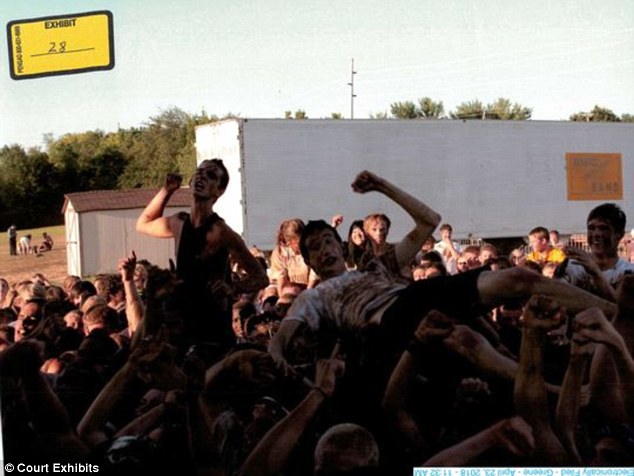 She filed a lawsuit claiming she lost consciousness repeatedly and felt herself getting crushed under the weight of her classmates. Teen are lifted into the air during the 2010 mud pit event

Taylor said in her lawsuit that she was pushed from behind and fell into the mud on her face.

‘I started screaming, telling them to get off because I was feeling really crushed. And I felt like everything was kind of just getting squished,’ she said during a 2017 deposition. ‘And then I felt my shoulder pop.’

Taylor repeatedly lost conscious while face down in the mud before she was dragged out by another student. Several teens described the pit as a ‘mosh pit’.

Photos from the event showed teens in ‘There will be mud’ t-shirts and packed into the mud pit while others were lifted into the air by their classmates.

Taylor missed two months of school following the incident and was diagnosed with post-traumatic stress disorder, according to the suit. 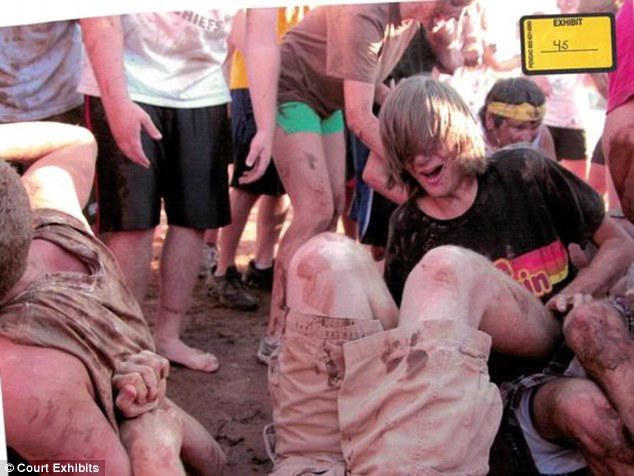 Some students described the mud pit (pictured) as a ‘mosh pit’. The activity was held in August 2010 as a back-to-school activity for students 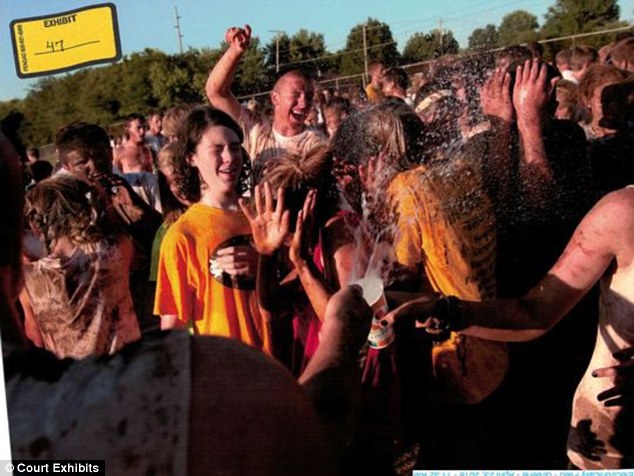 Taylor, a graduate of Kickapoo High School, said the school did not properly supervise the mud pit and did not provide her immediate aid. Students are pictured at the 2010 mud pit activity for the high school 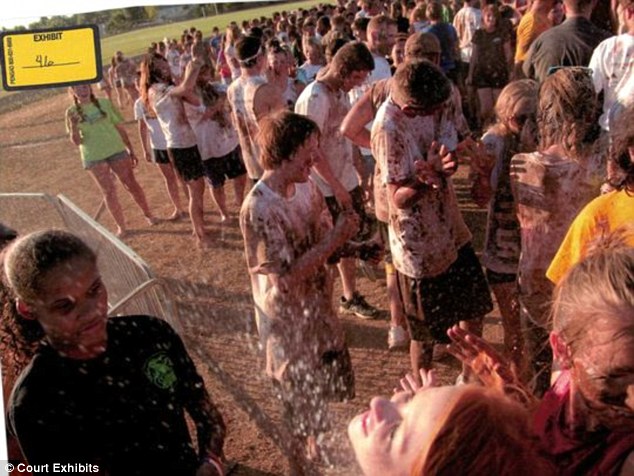 The school settled the lawsuit agreeing to pay Taylor $423,106 but the district did not admit liability. Several students are pictured at the 2010 event

The school district did not admit any liability but agreed to settle the suit for $423,106. Under the terms of the settlement, Taylor agreed to dismiss the lawsuit and it cannot be refiled.

A spokesperson for the school district released a statement saying they are ‘pleased’ the case has been resolved and wish Taylor the best.

‘The safety and well-being of our students will always be our first priority. We are committed to their best interests — always,’ he said. ‘Any time one of our students is injured, our hearts go out to them, we seek opportunities to provide support, and we work to prevent future injuries from occurring.’

Taylor, who wanted to be a physician before the incident, graduated from Kickapoo in 2011 and is now a student at Missouri Southern State University.