A judge declared a mistrial Wednesday after jurors said they were hopelessly deadlocked at the trial of ‘That ´70s Show’ actor Danny Masterson, who was charged with three rapes.

The 46 year-old Scientologist actor’s only reaction was to look down, then at his lead attorney, Philip Cohen, as the foreman of the Los Angeles jury of six women and six men told Judge Charlaine Olmedo that they remained ‘hopelessly deadlocked’ after deliberating for three days before Thanksgiving week and returning Monday to try once more to reach a decision.

The judge first read aloud a note from the jurors in which they wrote, ‘We are not even close to coming to a unanimous decision on any of the three counts and are convince this will not change.’

Judge Olmedo then called in the jury and the male foreman confirmed to her that they were deadlocked and there was no more information the court could provide that would change that position.

She asked him how many ballots the jurors took and he told her they took four Wednesday and three Tuesday.

And the judge also asked the foreman how jurors voted. He told her that on count one, the forcible rape of Jane Doe 1, the vote was two for guilty and 10 for acquittal.

On count two, the forcible rape of Jane Doe 2, the vote was four for guilty and eight for acquittal.

On count three, the forcible rape of Jane Doe 3, the vote was five for guilty and seven for acquittal.

Telling the court that the jury was ‘hopelessly deadlocked,’ Judge Olmedo added, ‘I am declaring a mistrial.’

The judge scheduled March 6 2023 for another hearing and March 27 for Masterson to stand trial for a second time.

When DailyMail.com asked Masterson – dressed in a gray suit and open-necked blue shirt – how he felt about the hung jury, he said’ I can’t comment.’

His attorney, Cohen, told DailyMail.com, ‘I’m so thankful and truly impressed with the time an attention that the jury gave to this case.’

A judge declared a mistrial Wednesday after jurors said they were hopelessly deadlocked at the trial of ‘That ´70s Show’ actor Danny Masterson , who was charged with three rapes 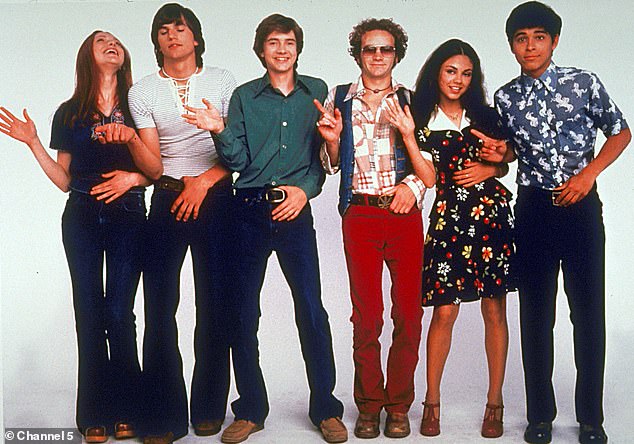 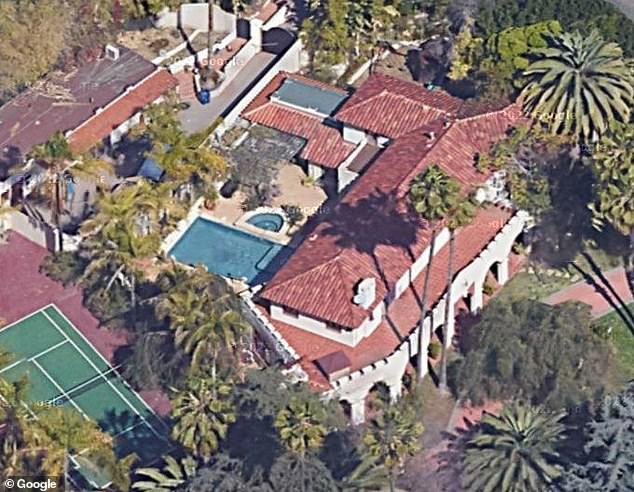 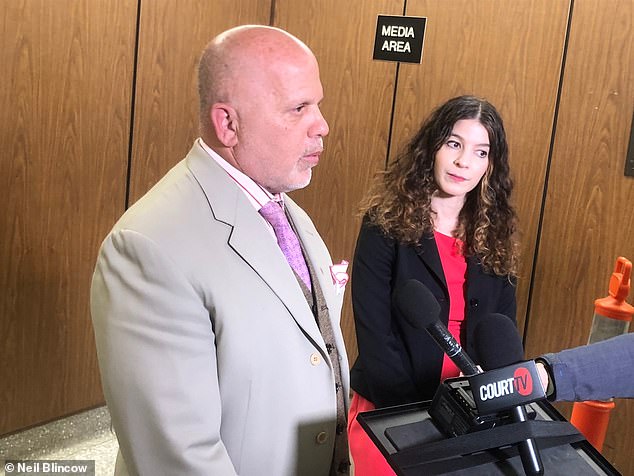 The 46 year-old Scientologist actor’s only reaction was to look down, then at his lead attorney, Philip Cohen (pictured left). Cohen told DailyMail.com: ‘I’m so thankful and truly impressed with the time an attention that the jury gave to this case.’

After the mistrial declaration, prosecutor, Deputy District Attorney Reinhold Mueller, told DailyMail.com, that it would be up to the Los Angeles DA to decide whether to pursue bringing Masterson to trial for a second time.

But he added, ‘At this point we are proceeding in the direction of bringing this case to trial again.’

But Cohen told DailyMail.com that if the DA did go ahead and try Masterson again, he would ‘file a motion to dismiss,’

Given the evidence and testimony during the trial, he said, ‘I think it would be very difficult to find 12 people to convict.’

Cohen said that Masterson’s reaction to the mistrial was ‘relief – but there’s potentially still a fight ahead.’

If the DA does decide to retry, Cohen said he would be happy to represent Masterson again – ‘If he asks me.’

He added, ‘I think we will be well prepared to try this case again if the government sees fit.’

After Wednesday’s mistrial declaration, Jane Doe 2, Jane Doe 3, Jane Doe 3’s husband, issued a joint statement saying, ‘We would first like to thank the jury for its public service. We are obviously disappointed that, at least for the time being, Daniel Masterson has evaded criminal accountability for his deplorable acts.

‘However, we are collectively resolved to continue our fight for justice, including in civil court, where we have alleged that Mr. Masterson, along with the Church of Scientology, its leader David Miscavige, and others conspired to systematically stalk, harass, and intimidate us when we sought to shed light on Mr. Masterson’s actions.

‘This legal fight is far from over, and it is critical that we reckon with Scientology’s alleged role in covering up reports of abuse and threatening victims.’

Alison L. Anderson, representative for Jane Does 2 and 3, added, ‘ Our clients showed tremendous courage in testifying about such personal and horrendous acts in a very public forum and despite persistent harassment and intimidation.

‘They remain hopeful that Mr. Masterson will experience some criminal consequences for his vile conduct and are eager to now pursue their claims in civil court and seek redress for the nightmare they have been made to suffer.’

Masterson, 46, was charged with the rape of three women, including a former girlfriend, in his Hollywood Hills home between 2001 and 2003. He pleaded not guilty and his lawyer said the acts were all consensual. All three women were members of the church at the time, and Masterson remains one.

‘I find the jurors hopelessly deadlocked,’ Judge Charlaine Olmedo declared after inquiring whether there was anything the court could do to move them closer to reaching a unanimous decision. She set a March date for a retrial.

Jurors said they had voted seven times Tuesday and Wednesday without being able to reach consensus on any of the three counts.

Masterson – who did not testify in his own defense at the month-long trial – pleaded not guilty to raping three women, all of them Scientologists, at his Hollywood Hills home between 2001 and 2003.

During the highly-publicized trial, Scientology was front and center almost every day. Masterson’s lawyer, Philip Cohen, said the church was mentioned more than 700 times.

Cohen even tried – unsuccessfully – to get the trial delayed till after the recent LA Mayoral election because anti-Scientology TV ads made by rival candidates Karen Bass and Rick Caruso could prejudice the jury against his client, who is a prominent member of the church.

All three women accusing Masterson of rape – whom DailyMail.com is identifying only as Jane Does 1-3 – testified that the reason they took so long to report him to the police was their fear of retribution from the Church of Scientology.

They said that church officials warned them not to use the word rape, that turning in a fellow Scientologist to law enforcement was considered a ‘high crime’, and if they disobeyed that doctrine, they could be declared a ‘suppressive person’, cast out by the church and left alone, cut off from family and friends. 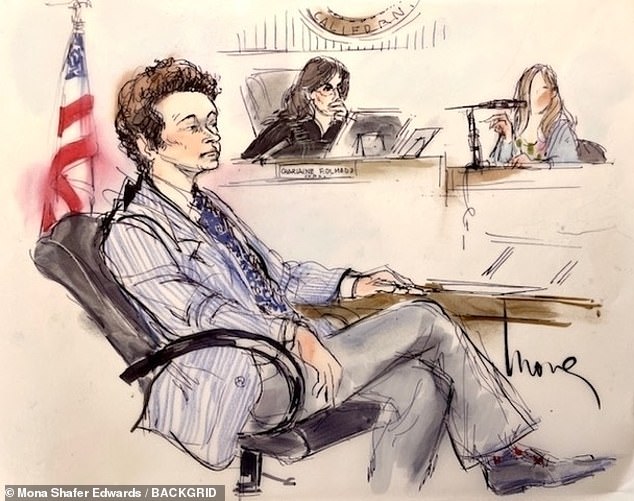 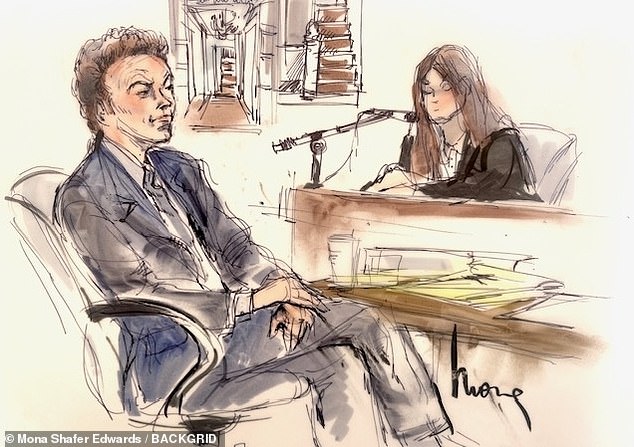 Jane Doe #2, testified that Masterson invited her to his house sometime in late 2003. She said that he gave her a glass of wine to drink and then ordered her, ‘like a drill sergeant,’ to remove her clothes and get in his jacuzzi 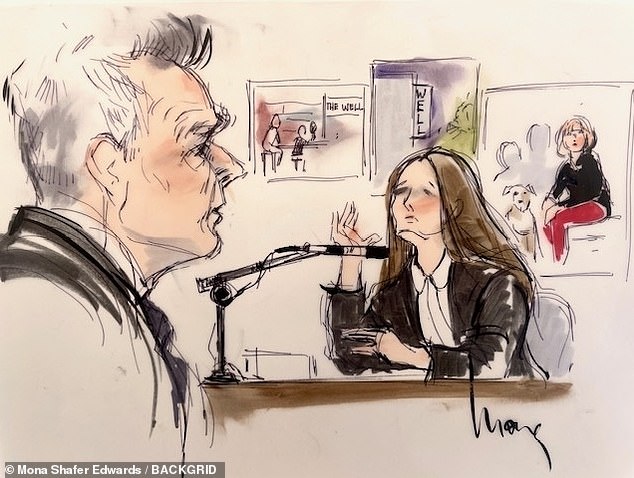 Jane Doe 1 had told the court that in April 2003 she was at Masterson’s house where he gave her a fruity red drink with vodka that made her feel woozy, then threw her in his Jacuzzi, carried her upstairs where she passed out and woke up to find him raping her

She fought back, pushed a pillow into his face, she told the jury. But he pushed it back into her face, smothering her and she blacked out again.

When she woke, Masterson opened a bedside draw and pulled out a gun which he brandished, telling her, ‘Don’t f——ing move.’

Jane Doe 3 – who lived with Masterson for six years – was only 17 when she met him and he persuaded her to become a Scientologist, the court heard.

About a year into their relationship he became very controlling…and very aggressive sexually – she would often wake up at night and he would be on top of her, having sex with her, she told the court 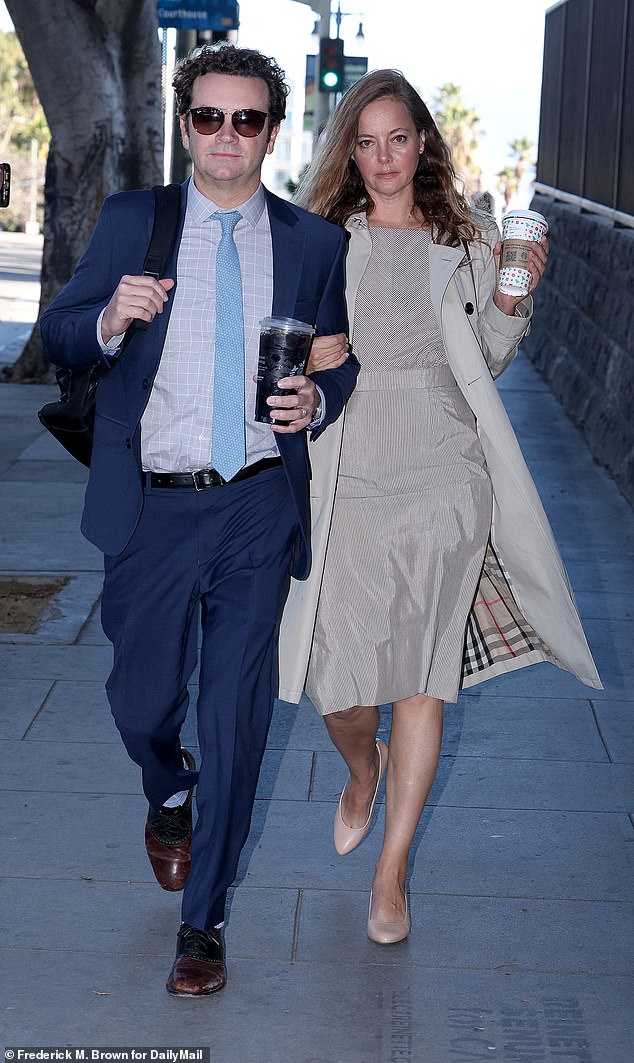 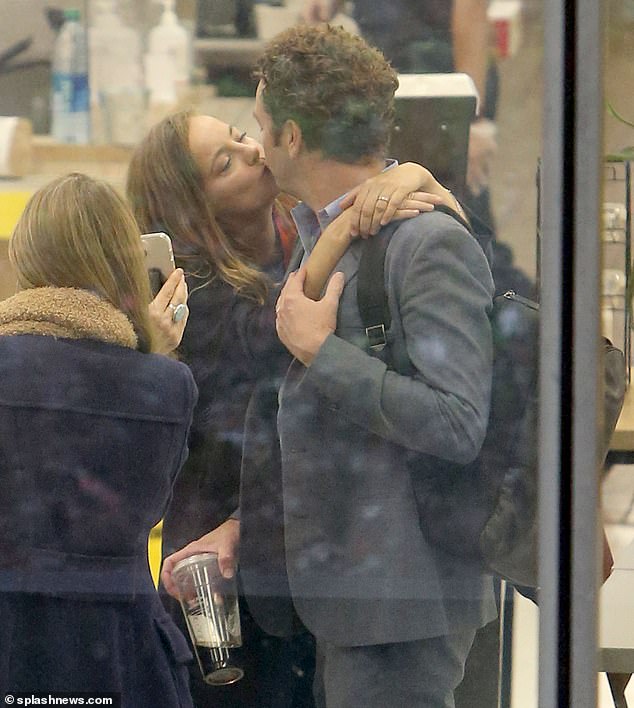 Masterson and Bijou Phillips, shared a kiss as they waited for a verdict in his rape trial after the deadlocked jury was forced to start over 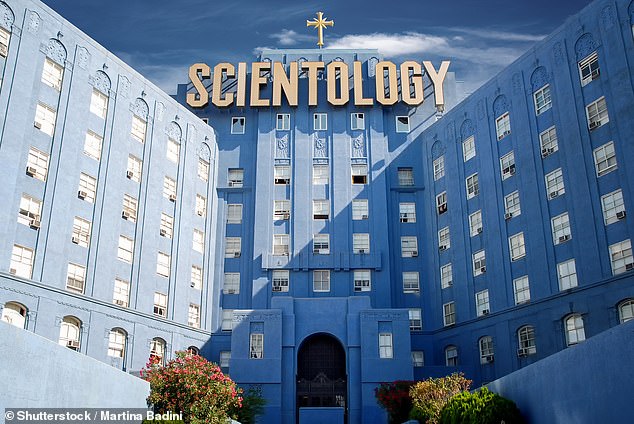 During the highly-publicized trial, Scientology was front and center almost every day. Masterson’s lawyer, Philip Cohen, said the church was mentioned more than 700 times

In one such incident in November 2001, when she woke up to find him having sex with her, she told him no and tried to push him off, the court heard.

When that didn’t work, she pulled his hair. But he retaliated by hitting her across the face and calling her ‘white trash,’ said prosecutors.

Jane Doe 2 met Masterson at a bar in 2003 and gave him her phone number. He called her and invited her to his home. She went, and, the court heard, after a stint in his Jacuzzi she found herself in his bathroom shower with him where he ‘suddenly shoved his penis into her vagina….She said no, I told you no sex.’

They ended up in Masterson’s bed where, despite her protests, he flipped her over and started pounding her from behind ‘like a jackhammer,’ she testified, adding that she felt ‘like a limp rag doll.’

Masterson’s attorney, Philip Cohen challenged ‘inconsistencies’ in the womens’ testimony and statements to police, accusing them of ‘blatant fabrications.’

And he asserted that the three had ‘colluded,’ choreographing their rape stories to help get Masterson convicted – which in turn could help them win a big cash payout in a civil lawsuit they have brought against the actor and the Church of Scientology, claiming that they’ve been harassed and intimidated since reporting him to police.