Mitsubishi Motors executives ousted Carlos Ghosn as chairman Monday following his arrest for alleged financial misconduct amid suggestions he under-reported his salary by as much as $71million.

The move follows Ghosn’s sacking as chairman of Nissan over claims he allegedly swindled large sums of money from the company over several years.

Officially, prosecutors are looking into allegations that he conspired with another executive, American Greg Kelly, to understate his income by around five billion yen ($44 million) between June 2011 and June 2015.

But the Asahi Shimbun said authorities are planning to re-arrest him on charges of understating his income by a further three billion yen – for a total of $71 million – for the following three fiscal years.

A seven-person Nissan board decided unanimously on Thursday to jettison the once-revered leader ‘based on the copious amount and compelling nature of the evidence of misconduct presented’, said a company spokesman.

Meanwhile, further claims continued to leak out in the Japanese media of Ghosn’s alleged misconduct.

Under Japanese law, suspects can face additional arrest warrants, which can result in heavier penalties. The current allegations could see Ghosn facing 10 years behind bars and/or a 10-million-yen fine.

Separately, Kyodo has reported that Nissan paid $100,000 annually since 2002 to Ghosn’s sister for a non-existent ‘advisory’ role.

And the Mainichi Shimbun reported on Monday that Ghosn used Nissan’s corporate money to pay a donation to his daughter’s university and also charged family trips to the company.

Both Ghosn and Kelly have reportedly denied the allegations. 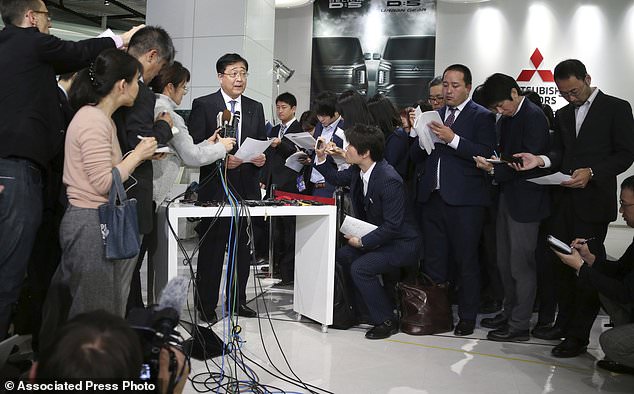 The firm’s CEO Osamu Masuko told reporters it was ‘heartbreaking’ to propose ousting Ghosn but in the end it was a unanimous decision.

The 64-year-old Brazil-born Ghosn rode to Mitsubishi Motors’ rescue in 2016 when the firm was battered by a fuel efficiency cheating scandal, tying it to his Nissan-Renault alliance and turning its fortunes around.

Together, the three-way alliance is the world’s top-selling car group, with some 10.6 million vehicles rolling off the production line. It employs around 450,000 people worldwide.

But the future of the tie-up is now uncertain as the talismanic Ghosn was seen as the glue binding together a fractious Franco-Japanese alliance with headquarters 10,000 kilometres (6,000 miles) apart.

‘We (have) had two years of the alliance and there were positive parts… and parts that needed to be revised a little from Mitsubishi Motors’ point of view,’ said Masuko. 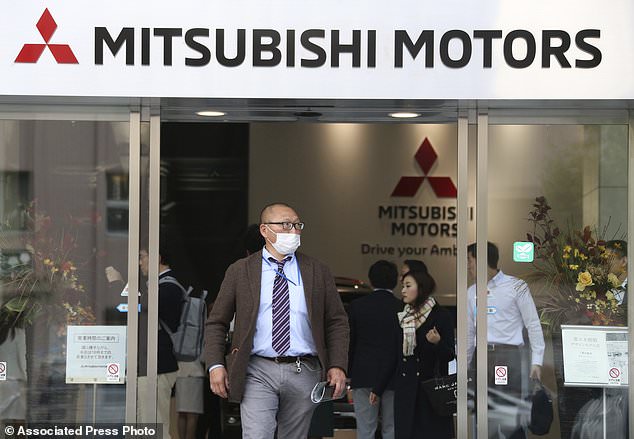 A seven-person Nissan board, the parent company of Mitsubishi, decided unanimously on Thursday to jettison the once-revered leader

At a 45-minute meeting attended by hundreds of staff at the firm’s Yokohama HQ and broadcast internally to other sites, Saikawa stressed that the scandal should not affect day-to-day operations.

Saikawa, who rose through the Nissan ranks under Ghosn’s wing, has already spoken of his ‘great resentment and dismay’ at the allegations.

According to Japanese media, Nissan formed a ‘secret’ cell within the firm to look into the alleged financial misdeeds.

Executives accelerated the probe amid concerns Ghosn was working on a fully fledged merger between Nissan and Renault, Kyodo News said without naming its sources. 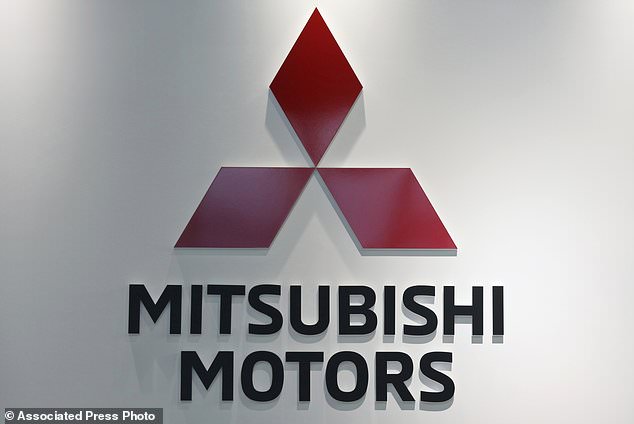 Renault is the dominant partner in the alliance, holding 43 percent of the shares in Nissan, but the Japanese firm outsells its French counterpart – sparking concern in Tokyo about the balance of power.

Renault, which is 15-percent owned by the French state, has decided to stick by Ghosn for now, appointing Thierry Bollore as interim boss while the current CEO and chairman is ‘incapacitated’.

France’s economy minister Bruno Le Maire has urged the Japanese firm to share ‘quickly’ whatever evidence it has gathered and stressed Ghosn will stay at the helm of Renault ‘until there are tangible charges.’

However, Le Maire has said he did not believe in a ‘conspiracy theory’ amid talk of a so-called ‘palace coup’ within Nissan to prevent Ghosn merging the firm with Renault.

The difficulty now will be to find a replacement to lead the three-way alliance, whose statutes require Renault to appoint the CEO and Nissan to choose the deputy.

A source close to the case in Paris told AFP: ‘The reality is that they are already looking for a replacement. Not to do so would be irresponsible. It needs to be someone palatable to the Japanese and the French.’

Investors appeared to be recovering from the initial shock of the arrest, which sent shares in all three firms tumbling.

At the Tokyo close, Nissan was up nearly two percent and Mitsubishi Motors enjoyed an even sharper bump – up more than three percent just ahead of the board meeting.