My Kitchen Rules star Suong Pham has revealed her torment over the devastating loss of her first child.

In a heartbreaking twist of fate, the Vietnamese cook revealed she gave birth to a daughter at the age of 22 – but the tot died after just a ‘few breaths’ due to a heart condition.

Speaking to TV Week Magazine on Monday, the now 38-year-old reflected on the personal tragedy and revealed her daughter’s funeral was the ‘first she attended’.

‘The first funeral I went to was my own daughter’s’: My Kitchen Rules star Suong Pham, 38, has revealed the horrific heartbreak she felt at the loss of her first child at 22

Suong said her daughter was ‘extremely sick’ and died ‘shortly after’ being born.

‘She was my first child and only had a few breaths. The first funeral I ever went to was my own daughter’s,’ she recalled of the tragedy.

‘It was a tough time in my life. I was so emotional.’

However, Suong, who is now a mother to four other children, said it wasn’t just the initial loss that was painful but her decision to compartmentalise her grief. 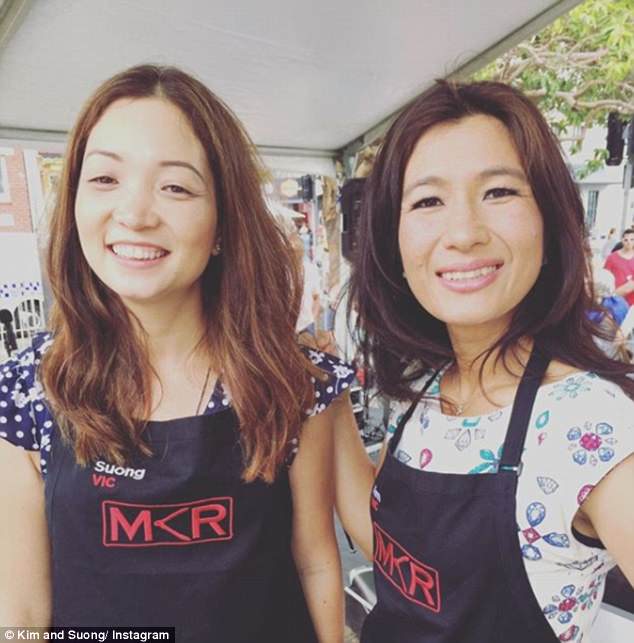 ‘It was a tough time,’ : Suong, who is a mother to four other children, said she struggled to grieve the loss choosing to compartmenalise her grief. Pictured here with MKR partner, Kim Tran

‘It’s been a huge journey and I never allowed myself to grieve,’ the likable chef admitted.

She added that she’s staying strong for the sake of her children, and has made it her life’s mission to have ‘happy and healthy’ kids.

Suong added the loss prompted her to also want to do something for herself, which is part of the reason she went on the top-rated Channel Seven cooking show.

The cook, who competes on the program with friend Kim Tran, has had a number of trial and tribulations on the series. 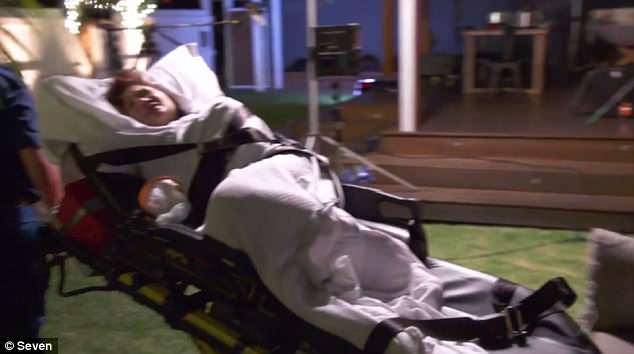 Emergency! It comes after Suong was rushed to hospital on the top-rated show after she was suffering stomach pains

Last week, speaking to TV Week magazine she said of the incident she was in ‘so much pain – at one point, I blacked out.’

While admitting to being in-and-out of consciousness, she then added, ‘It was a scary moment.’

It didn’t seem to deter her, however, Melbourne-based Suong said she hoped her time on the show encouraged others to get out and achieve their dreams. 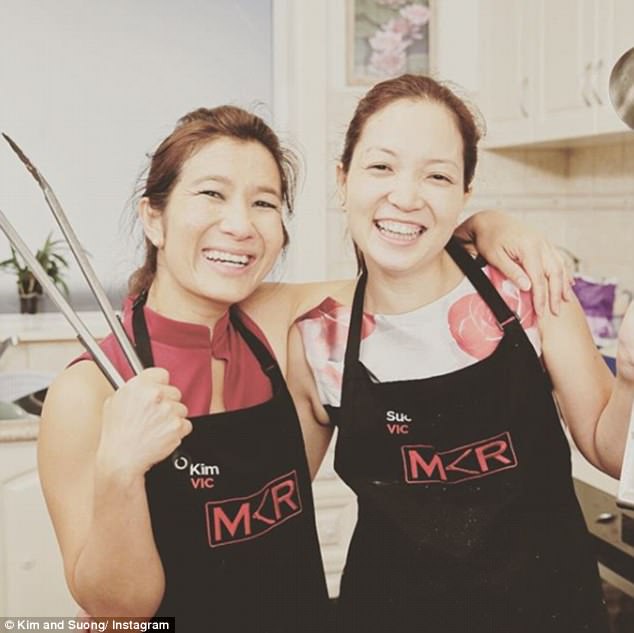 Big dreams! Suong (right) said she hoped the pair encouraged others to achieve their dreams after appearing on the show. Pictured here with co-star, Kim Tran