Major League Baseball has dismissed the man credited with building its multibillion-dollar digital-media business, Bob Bowman, after a history of troubling behavior that former executives were reportedly aware of for at least the last decade and that may have included the hiring escorts for a work function.

According to The Wall Street Journal, MLB Advanced Media held a party during the week of the 2016 All-Star Game in San Diego in which women, widely believed to be escorts, were allegedly heard encouraging attendees to have sex with them. One person told The Journal that the women hoped to have sex quickly so that they could return to solicit other partygoers.

MLB announced Bowman’s departure on November 6 after 17 years of service.

Bob Bowman, president of business and media at MLB, speaks at the Wall Street Journal Digital Live conference at the Montage hotel in Laguna Beach in 2015. The paper reported on Thursday that he was dismissed in November for a history of troubling behavior

At the time it was explained that he simply told commissioner Rob Manfred he would not seek a new contract. However, as The Journal reported, Bowman was allegedly verbally abusive to a co-worker in October after a previous incident in July in which he was said to have pushed an executive and part owner of the Boston Red Sox.

‘The culture that started at BAM was hard working and driven. At times, it was also inappropriate and I take full responsibility,’ Bowman said in a statement to The Wall Street Journal.

‘This inappropriate behavior reflects my personal flaws and not someone else’s. This behavior and my personal behavior were wrong. To those who felt the sting of my behavior, I am truly sorry. To my family, friends and business colleagues who have been steadfastly supportive of me, and whom I have embarrassed, I apologize.’

According to Manfred, the October incident was the final straw for Bowman, who helped launch BAMTech, an MLB Advanced Media off-shoot that was later sold to Disney for $2.58 billion. 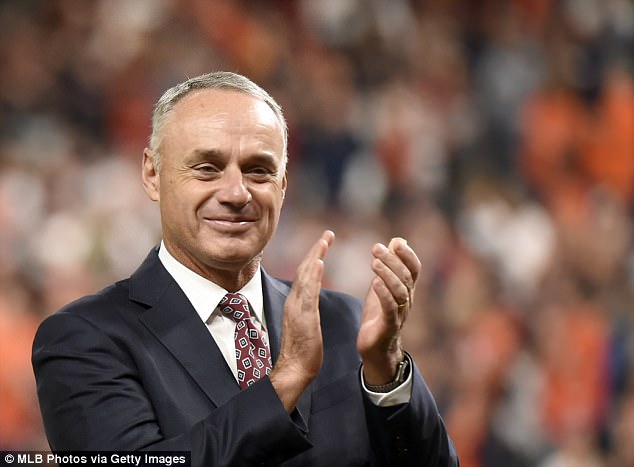 ‘I would say that (the October) incident was the culmination of a variety of issues that had gone on over a period of time, and it precipitated a conversation in which Bob and I agreed that the best thing for him to do was to leave,’ Manfred said.

Bowman allegedly propositioned female colleagues, had romantic relationships with subordinates, and fostered a partying atmosphere with his staff outside the office.

Despite the warning, Bowman remained atop MLB Advanced Media.

‘What he gave in heartburn was always overshadowed by what he gave in money,’ said a former high-ranking baseball official, who added that Selig had ‘no interest in dealing’ with Bowman’s behaviour.

Selig, 83, served as acting commissioner between 1992 and 1998 before being named commissioner and ultimately retiring in 2015.

‘It is highly inappropriate for the Commissioner Emeritus to publicly discuss any private conversations he has had with former employees,’ a spokesman for Selig told The Wall Street Journal.

Manfred, Selig’s replacement, reportedly asked about Bowman to DuPuy, who confirmed there were ‘some issues’ with him over the previous decade.

Manfred denied knowing anything about any relationships Bowman had with female co-workers. MLB has a policy against a supervisor becoming involved with employees, but as Manfred explained, he did not know what MLB Advanced Media’s policies were so he can’t say whether or not Bowman was in violation.

Manfred reportedly heard about the incident and told Bowman he would be fired if it happened again. 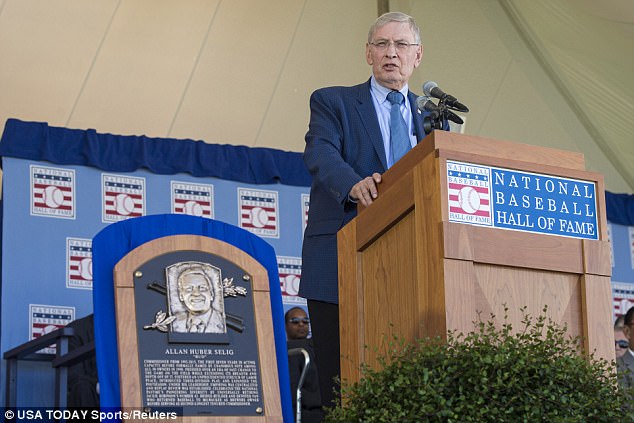