An MMA fighter who killed a champion power-lifter during a sickening bare-knuckle street brawl in southeastern Russia last year has been jailed for 18 years.

Anar Allakhveranov, 26, beat and kicked Andrey Drachev, 32, to death in the city of Khabarovsk in August, 2017.

Video shows Mr Drachev being knocked down by a vicious roundhouse kick. He gets up on wobbling legs but Allakhveranov ruthlessly kicks him down again.

Anar Allakhveranov, 26, (left) killed 32-year-old Andrey Drachev (right) when they brawled without gloves next to an intersection in the city of Khabarovsk in the south-eastern Russian region of Khabarovsk Krai 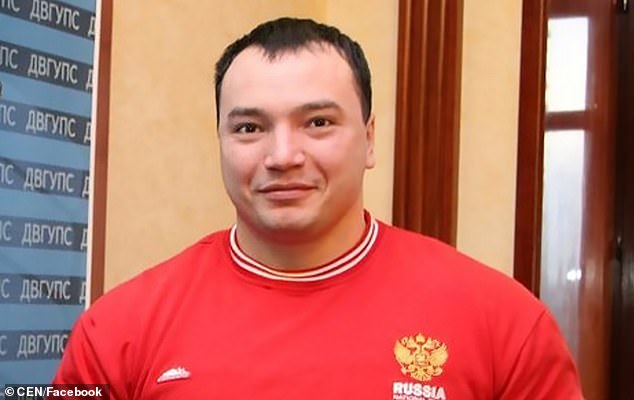 Andrey Drachev, a champion weightlifter who competed internationally for Russia, was killed after being ruthlessly battered on the street

The mixed martial arts specialist can then be seen pounding Mr Drachev’s head repeatedly as he lies motionless on the pavement.

Their fight had been sparked by a dispute over whether gymnastics was superior to MMA, according to the Sun.

Police launched a manhunt for the MMA fighter, but he gave himself up and his trial has lasted for over a year.

On Thursday, Allakhveranov was found guilty of homicide and sentenced to 18 years behind bars.

Prosecutors wanted 19 years while defence lawyers insisted on nine as they wanted the case to be qualified as a ‘negligent homicide’. 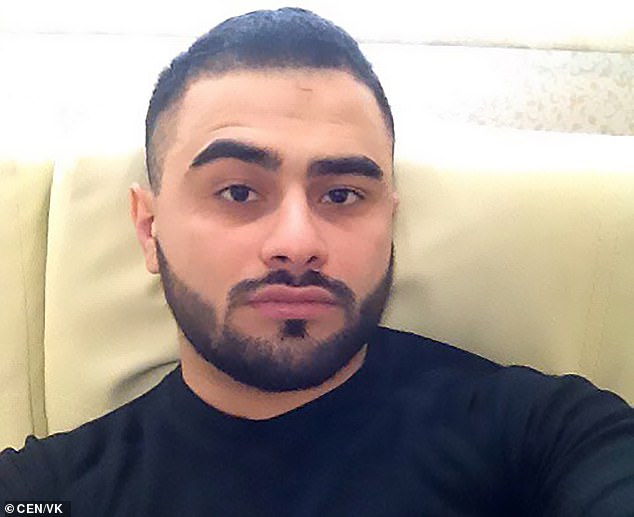 In court, Anar Allakhveranov (pictured) apologised to the Drachev family and said he wished he ‘could turn back time’ 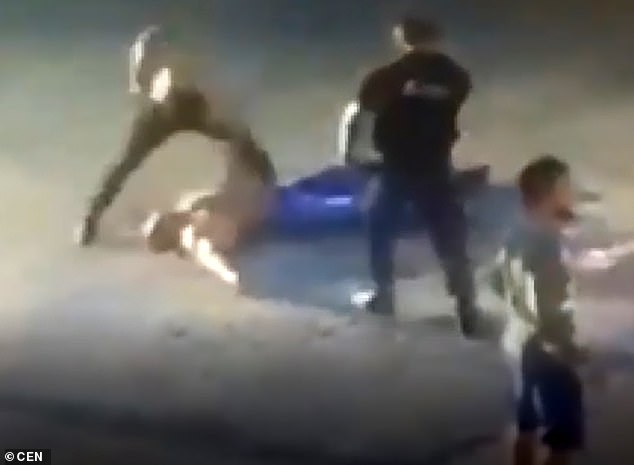 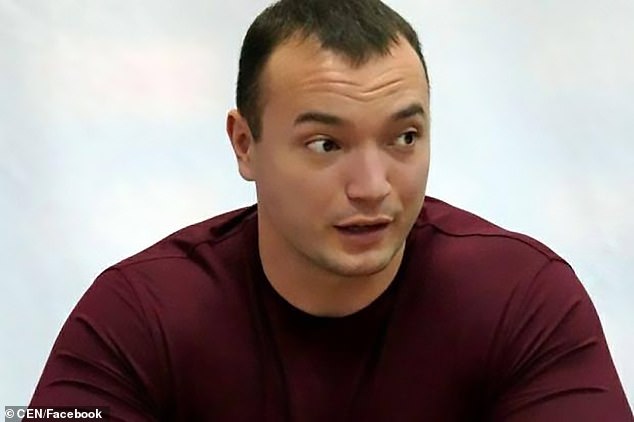 Andrey Drachev, 32, died in 2017 in a bare-knuckle brawl with the mixed martial arts fighter

In court, Allakhveranov apologised to the Drachev family and said he wished he ‘could turn back time’.

He said: ‘I want to apologise to Andrey’s family and parents for my actions that caused so much pain.

‘I did not want this and did not plan it as the investigators allege. I know what it is like to lose someone close, and I understand how Andrey’s parents must feel.’

In February this year, Allakhveranov’s father was killed in a car accident. Police said this was not connected to the case.

According to local reports, Mr Drachev had been involved in another altercation prior to this street brawl.