Mo Salah is a nightmare to train against, says Liverpool defender

Liverpool defender Trent Alexander-Arnold has said that sometimes he dos not ‘really like’ Mohamed Salah because he is such a ‘nightmare’ to train against.

The Egyptian forward is enjoying a sensational first campaign at Anfield, having netted 43 goals in 47 games since joining from Roma last summer.

He was pivotal for Liverpool on Tuesday night as they put one foot in the final of the Champions League after thumping his old side 5-2 in the first leg of their semi-final tie.

Salah’s two goals in that game meant he has now scored in eight successive matches, prompting Liverpool hero Steven Gerrard to label him the ‘best player on the planet’.

Alexander-Arnold, who played the full 90 minutes against Roma midweek, has admitted he is relieved he doesn’t have to face Salah in competitive games.

‘During the week it’s a nightmare because you’re up against him,’ Alexander-Arnold told reporters. ‘During the week, there’s sometimes I don’t really like him because he does that stuff to me. 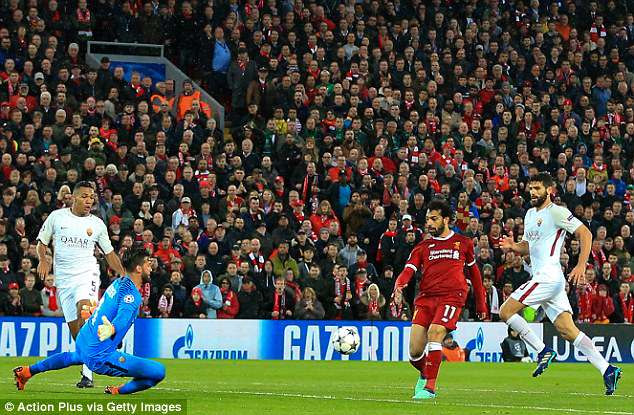 ‘That’s what he does day in, day out. It’s just become second nature to him now and it’s a credit to him. We’re really happy to be playing with him rather than against him.’

Salah’s match-winning display in the Champions League on Tuesday has intensified criticism of Roma for sanctioning his move, but sporting director Monchi has insisted the Italian club had no option because of financial fair play pressures.

The 25-year-old, who is also the Premier League’s leading goalscorer, is now being touted to see off competition from Cristiano Ronaldo and Lionel Messi for the Ballon d’Or gong. 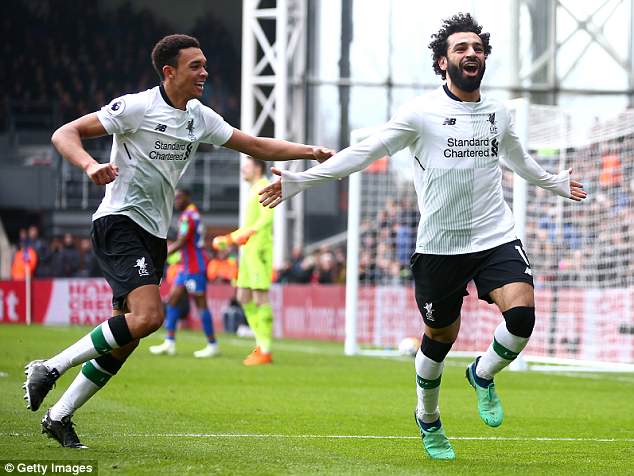