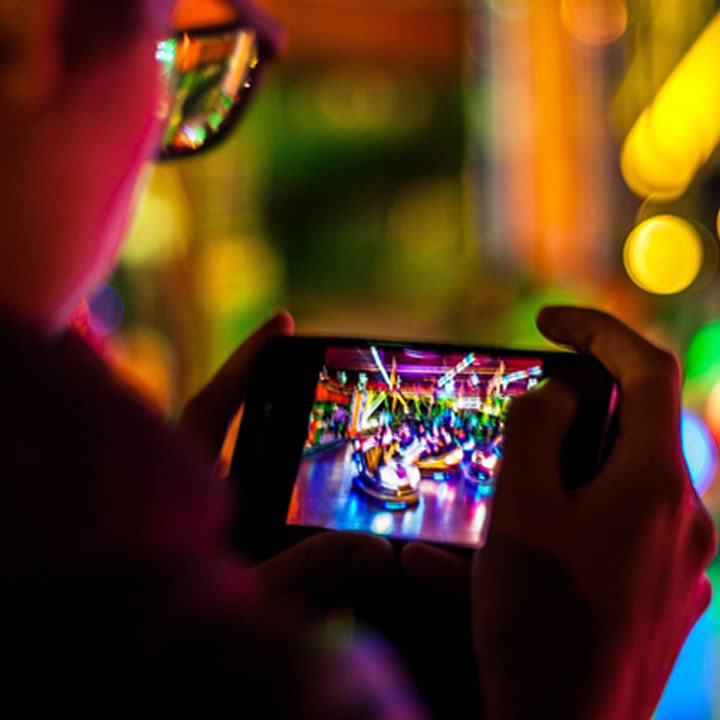 Many gamers disdain games for cell phones, and for good reason. Considering the pace at which this market is developing, it is evident that everyone around you wants to make money on you.

The goal of getting a few bucks out of you at any cost for all sorts of virtual goodies pisses off gaming enthusiasts, but the multimillion-dollar profits are increasingly rocking the giant flywheel of the mobile app industry.

But, of course, that also explains why the big boys are already at it: Square Enix, Nintendo Co, Electronic Arts, Activision Publishing, NCSoft, Blizzard, and even Bethesda all want to get in on the bloody battle for your wallet, not to mention the Asian industry giants of casinos in India who are confidently churning out game after game so fast you can’t remember its name.

Is it all so bad?

The selective and careful player can find a cozy place among all this conditional-free madness.

Entertainment for all tastes, from visual romance novels to team fights and royal battles, await you, and a large audience allows you to suppress feelings of loneliness, which is very important and generally deserves a separate conversation, in addition to free and conditionally free games.

These include classics from the Final Fantasy series and Fortnite, Minecraft, and PUBG. But to immerse yourself in the fascinating worlds of some of them, you’ll have to pay a lot of money, and then choose for yourself. But always choose wisely!

First, you should pay attention to the details of the gameplay. Masterpieces like PlayerUnknown’s Battlegrounds Mobile allow you to somehow get along without spending too much money on in-game purchases, and you can’t buy a skill for any money.

But what you can splurge a little, it’s on the special controllers, adapted to work on phones and even tablets.

This feature can seriously improve your chances of survival or make traveling through locations more comfortable. In addition, it’s pretty convenient and, on average, inexpensive.

In addition to gamepads from console manufacturers, you can adapt to your smartphone telescopic controllers, which will turn it into a kind of portable console, but with all the advantages of using, for example, current cloud gaming services.

Avoid projects in which progression through the game world is limited to purchases for real money. If the gameplay is tied to constantly easing your game routine with a game store, know that it’s a trap!

Nothing and no one should stop a player from fully exploring all the possibilities of a particular game unless it’s an MMORPG that has, shall we say, its gaming philosophy.

An untrained player, confused in the motley network of mobile games, will go to great lengths for the illusion of his exclusivity to stand out in the gaming community, and the in-game store will help him in this.

Stick with projects from experienced developers. This market is entered for profit. Still, professionalism and some experience in computer game development allow you to create viable and playable projects without the mandatory microtransactions. For example, Call of Duty Mobile, Fortnite, and World of Tanks Blitz is suitable for the game.

The modern world of mobile gaming suffers from a variety of ills. None of these ills are critical to it, but together they destroy the very idea of what gaming should be: a free, satisfying experience. So let’s look at what’s wrong with mobile gaming these days.

Mobile games as an advertising platform

One of the biggest problems with mobile gaming, oddly enough, is that mobile games are everywhere – just like smartphones themselves. It means it’s yet another opportunity for companies to bombard users with ads.

On the other hand, it’s very convenient – you download a specific type of game and save companies the time and resources they typically spend figuring out their audience. But that’s not the main problem.

Mobile games are so productive as a platform for advertising that many developers start making games with just that goal in mind. As a result, millions of mobile games are on the Play Store and AppStore, and millions of people download them to their smartphones.

Whether a game is good or bad, it will get on someone’s smartphone, and with it, the ads.

Of course, this can’t help but affect the quality of mobile games. Not to mention how annoying it is to watch those ads and be forced to pay for a game without them. But thanks to articles like this, you can find a suitable offline or ad-free gambling game.

Modern mobile gaming exploits one crucial human trait: the competitive spirit. It’s straightforward: offer a big prize, promise to pick a winner at random, and watch as people spend tons of money and time trying to get it. We like to be surprised and be in the dark as to the outcome of certain events. That’s the lottery, roulette, slot machines – any game with a prize and an element of chance.

This elephant is massive and has been discussed countless times in various articles. So let’s keep it short. Most mobile games are free-to-play, but they always have in-game purchases. Sometimes people spend thousands of dollars on such a free game.

And the actual problem lies in the fact that in a minimal number of games, in-game spending does not affect gameplay.

And it’s not that you’re wasting a lot of your blood money on a mobile game. And it’s not even that it introduces an imbalance into the gameplay that was foreseen in advance.

Worse, developers are now specifically creating games to fit this business model. You pay, you pay, and the story or gameplay means less and less. The reality looks sad: thousands of similar mobile games with similar experiences and even the same look.

Paying not to play

Another surprising fact is the rise of so-called incremental games in recent years. The idea is that you’re so busy that you don’t have time to play, so the game plays itself, more or less. And you go into it a couple of times a day to collect rewards, watch the same commercials, and maybe buy something.

The need for games of this type stems from the sheer number of games that come out all the time. For example, you have one or two games on your phone. But stop, they play themselves, so you have time for other games.

And by the time you figure out what’s wrong, you have a dozen games, and you still don’t have to do much to “play” them.

Finally, all of the problems already mentioned raise another issue. At first glance, many mobile games seem epic and endless. It’s all good with all those constant updates, new characters, and events. But at one point, the number of users and revenue reaches a certain threshold, and the game is killed.

The natural life cycle of such games is very unpredictable. And it’s almost frightening, even if you leave the other problems described above out of the equation. You waste time and, in all likelihood, money, and you lose everything in the moment. The only thing left is to start over in another game.