Model-turned-singer, Cheyenne Tozzi has reflected on the challenges she has faced in the music industry.

Speaking to Stellar on Sunday, the 29-year-old revealed her model credentials have made her transition into the music business difficult.

‘I don’t really care, that’s the thing. I like singing. I think it’s always been my little relief for when I was travelling the world and writing and doing all that kind of stuff,’ Cheyenne told the publication.

‘People tell me to shut up but I don’t care’: Model Cheyenne Tozzi reflects on struggle to break into the music industry… as she flaunts her post-baby body in new photo shoot

‘I mean sure, people are like ‘Shut up’ and ‘She’s a model’ and whatever, but I don’t care. Everyone’s allowed to do what they want in life,’ she added.

Meanwhile the mother-of-one, who recently gave birth to her first child showed off her incredible post baby body as she graced the front cover of the glossy lift-out in The Daily Telegraph.

The blonde stunner looked every inch the yummy mummy as she pulled her best come-hither pose in a number of flesh-baring ensembles for the Stellar photo shoot. 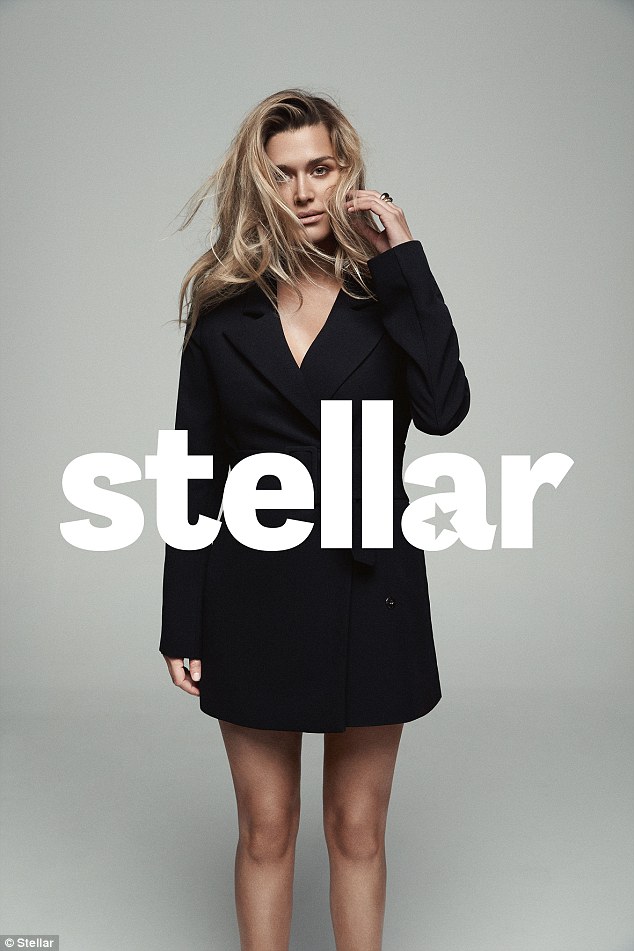 Yummy mummy! The blonde stunner looked every inch the yummy mummy as she pulled her best come-hither pose in a number of flesh-baring ensembles for the Stellar photo shoot

Nine weeks after the birth of her daughter, Dahlia de la Lune, Cheyenne is still sporting an amazing bronzed glow in the monochromatic images.

For the cover shot, the freshly-minted mother flashed the flesh in a plunging, white blazer dress and a pair of strappy black high heels.

Elsewhere, the Australian-born model, who was extremely private about her pregnancy and the birth of her daughter due to health concerns revealed her daughter, Dahlia is doing well.

‘Dahlia is beautiful and healthy and strong, and getting fatter by the second. Marlon’s doing really well. She loves her dad very much. She always laughs at him. It’s incredible. It’s a…trip, if I can say any word. It just throws you,’ she told the magazine. 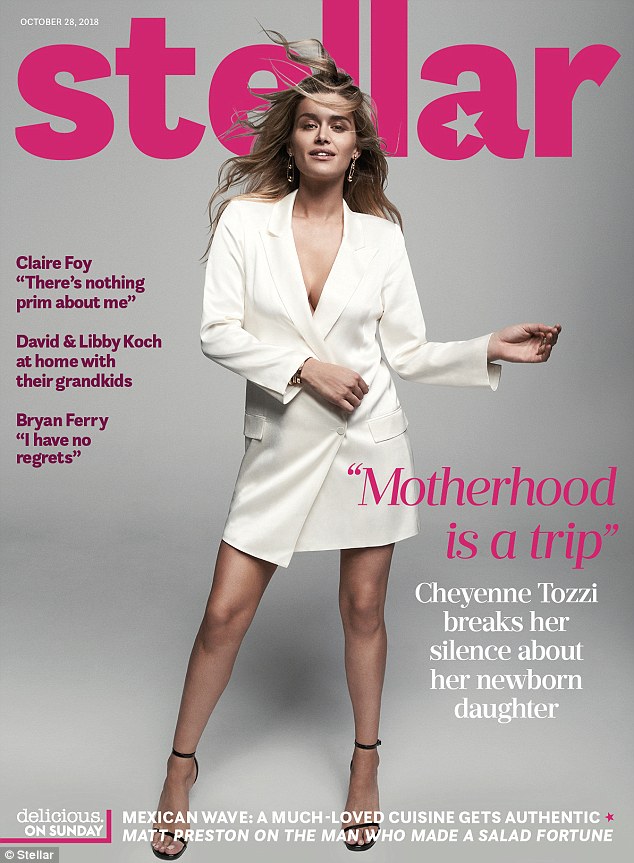 Cover girl! For the cover shot, the freshly-minted mother flashed the flesh in a plunging, blazer dress and a pair of strappy black high heels. Cheyenne pictured on the front cover of The Sunday Telegraph’s Stellar magazine 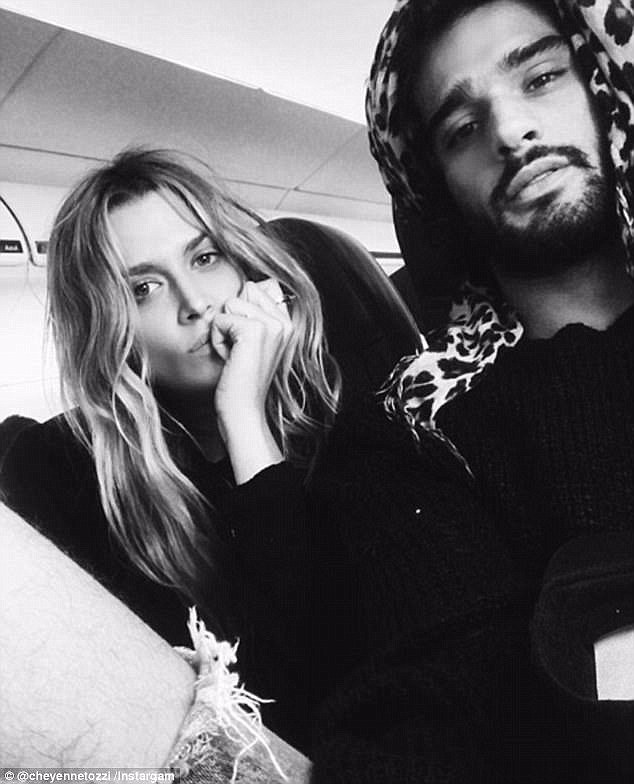 Cheyenne and her model boyfriend, Marlon Teixeira, 26, welcomed their first child into the world last month.

In August, Cheyenne spoke about her (first) pregnancy with Harper’s Bazaar Australia.

Like most expectant mothers, the model said she was nervous about raising a child.

‘Of course I’m freaked out about parenting, but Tahyna (her actress sister) has a little girl who I know will be close to mine, and my family always has lots of love and humour and support. We’re strong women. I’ve got role models,’ she said at the time.

Cheyenne has been hugely supported by boyfriend Marlon, who is one of the world’s most in-demand male models.

The couple confirmed their pregnancy back in June, saying they were ‘thrilled’ to be starting their family. 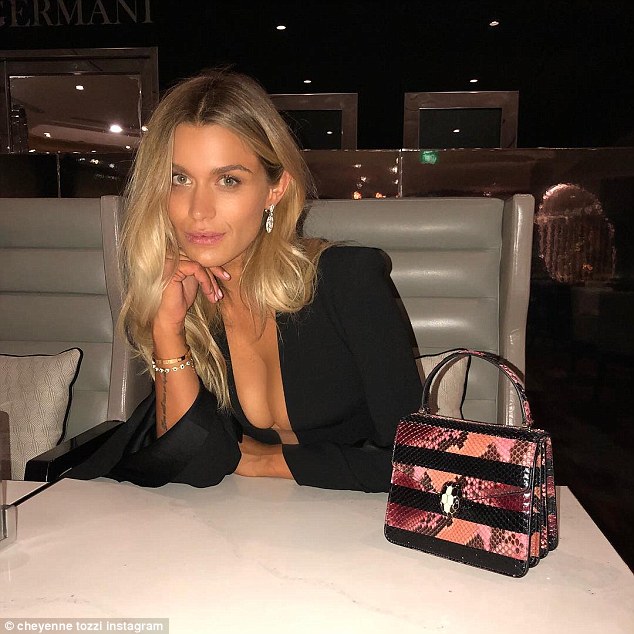 ‘Of course I’m freaked out about parenting’: Like most expectant mothers, the model (pictured) said she was nervous about raising a child