Modern technologies of the ceramic industry 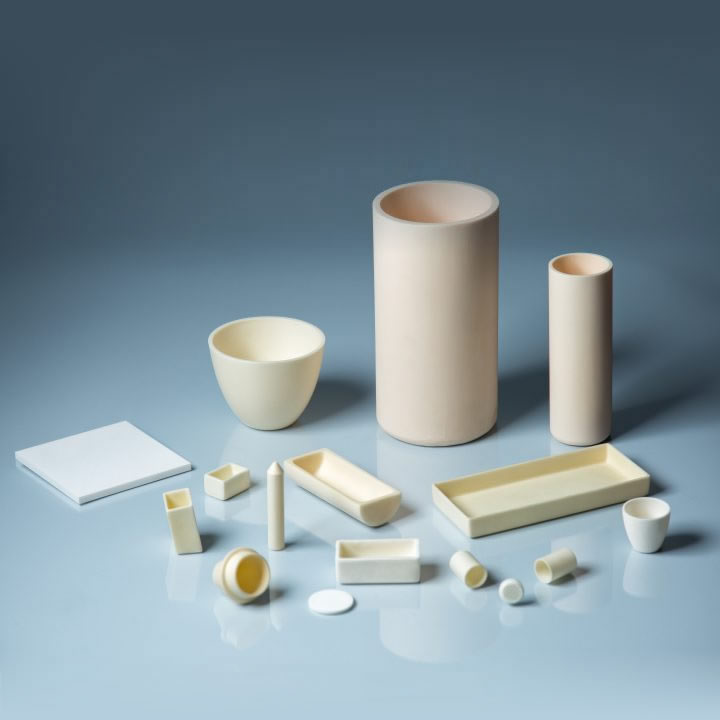 It is difficult to imagine a sphere of human activity where ceramics would not be used at all. Thanks to its unique properties, it has found application in a wide variety of industries from insulators in nuclear reactors to laboratory ware. Modern technologies have brought ceramics to an incomparably higher level than the one from which it began.

Today, industrial products are produced by heating at high temperatures compressed fine powder. Organic compounds are sometimes added to it, which are burned out during firing. When maximum strength is required, pressure and pressing are applied during heating. Further, the workpiece can be machined to give the desired shape. Ceramic coatings on a metal or other material are also obtained using a powder by plasma spraying.

One of the priority areas for using ceramics is mechanical engineering. The use of ceramics is due to its properties such as high-temperature strength and abrasion resistance. Ceramics based on silicon nitride, silicon carbide, and zirconium dioxide are used in diesel and gas turbine engines. Silicon carbide and alumina ceramics are used in the manufacture of pump seals and valve parts. In many areas, cutting tools made of corundum ceramics are successfully used, and in special cases made of hard silicon nitride ceramics.

Electronics and electrical engineering widely use insulators made of beryllium oxide and aluminum nitride ceramics. Ceramic parts are important in the manufacture of transducers, microphones, recording heads, sonars, and so on. Ferroelectric ceramics are valuable for the production of electro-optical devices and diffuse reflectors of laser installations.

Specially made varieties of bioceramics are used in the field of bone and dental prosthetics. Some types of ceramics become permanent substitutes, while others tend to dissolve over time until natural bone remains.

The defense industry has long adopted ceramic plates in the manufacture of armor for the protection of humans and military equipment. Armored ceramics is fixed on aluminum substrates and dampens the impact energy of damaging particles. Also, ceramics is of considerable importance in the production of radio-transparent glasses, fairings, windows, anti-aircraft and anti-missile defense equipment.

Ceramics are also used in many other industries. It is used as fuel pellets, neuron absorbers and insulators in nuclear reactors. Ceramic sensors are used in air pollution monitoring systems. The metallurgical and glass industries use steel nozzles, molds, crucibles and other equipment made of ceramics. The chemical industry owes ceramics to the presence of pistils, gaskets, insulating elements and thermal protection elements.

There are also areas in which the use of ceramics is surprising. Environmentally friendly engines use ceramic exhaust gas converters. Underwater robots and deep-sea vehicles today are designed using ceramics. The new word in science in the field of ceramics is piezoelectric paints, thanks to which it is possible to find the metal on which it is applied. Also, nanostructured ceramic materials are used for the production of armor, oscillator lamps, night vision devices, and many other devices.

The IPC system allows the processing of electrically conductive, non-conductive, and composite materials to any degree of density, including full density, with high homogeneity and extra strong bonds between particles.

The theory of spark plasma sintering (SPS) is based on the phenomenon of an electric spark discharge when a high-energy current pulse instantly generates a spark plasma at high local temperatures (up to 10,000 ° C) between particles.

Spark plasma sintering is carried out under a pressure of up to 300 tons in a vacuum with the possibility of using an inert gas. Temperature control is carried out using a thermocouple or pyrometer.