For once he was not the best player on the field, far from it. Was Mo Salah even fully fit to play this game? For long periods he really didn’t look it.

But still, when it mattered, he was ready. For almost an hour, the Liverpool forward chased lost causes and ran down blind alleys, swamped by a sea of sky blue.

So to do what he did when opportunity arrived to turn this tie comprehensively back in the direction of his team said everything about his mental alertness, his instincts and his value to this team.

It looked an easy goal to score but it wasn’t. Crucial to it was the turn of pace that took Salah on to the loose ball and away from City’s fallen goalkeeper Ederson. Over two yards, the Egyptian really is very quick indeed.

Equally important was the subsequent ability to slow his mind down, gather himself and use the split second available to him to lift a calm finish over the retreating defender Nicolas Otamendi and into the corner of the goal.

All attacking players practice endlessly and by all accounts Salah is no different. But when these moments come, it is not repetition that serves them well but natural instincts that really cannot be taught. 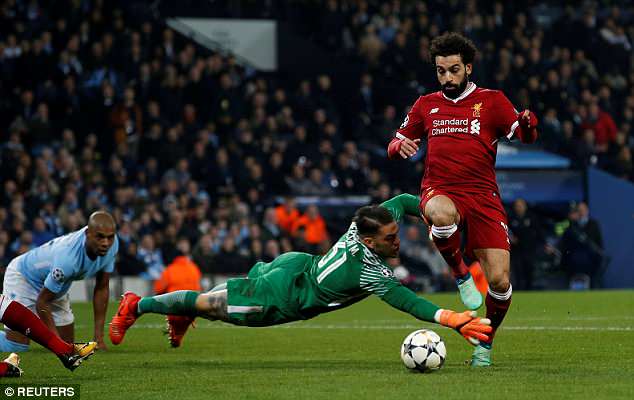 It is this that often sets Salah apart and it is Salah and his team-mate Roberto Firmino that will now give Liverpool a puncher’s chance of reaching another Champions League final.

Liverpool will hope to draw Roma in Friday’s semi-final draw. The Italians are the weakest of who we presume will be the remaining teams. But even if fate pits Jurgen Klopp and his team into a match up with someone like Real Madrid or Bayern Munich they will know they are capable of finding their way to the final in Kiev.

Liverpool shouldn’t stand much of a chance, really. They are seventeen points adrift of Tuesday night’s opponents in the Premier League and have played a game more. They remain flawed in part. But what makes Liverpool so hard to read – so capable of winning matches against anybody – is that they have match winners in their ranks.

Firmino is a completely different footballer to Salah. Rarely have Liverpool had a centre forward who works so hard and so selflessly. Even the likes of Ian Rush and Peter Beardsley – who understood the concept of the attacking press long before we used such a phrase – would have it all on to match the Brazilian’s industry. 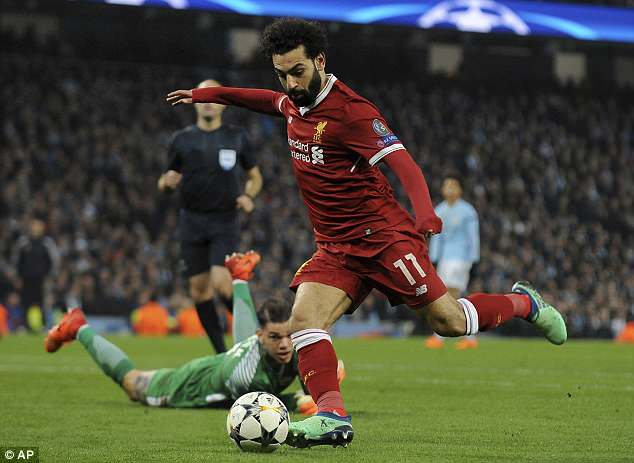 Not long before he scored the second Liverpool goal that served largely as decoration here, Firmino had hounded City’s Kevin de Bruyne out of possession with a surging burst that must have seared his lungs. This is typical of him and it sets the tone for much of what Liverpool do.

And then there was his goal. How fitting that it should come on the back of yet more harrying of an opponent.

Otamendi has had a hard week. He will not want to see a red shirt again for a while. So when he looked up late in the game to see Firmino arriving like a commuter late for a bus, he must have feared the worst. Sure enough, Firmino stole the ball and passed it in to the goal. 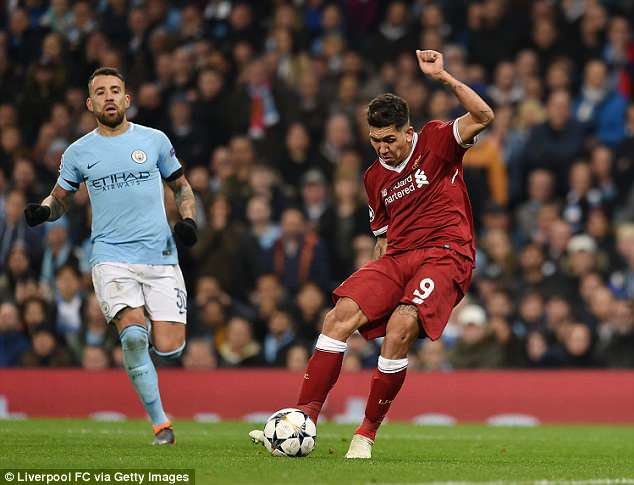 So a Liverpool performance that had earlier relied upon hard work and good fortune more than perhaps we expected turned into another victory over City – that is three in a row now – that was very hard to see coming during a torrid opening half.

Pep Guardiola’s subsequent criticism of referee Antonio Mateu Lahoz was understandable. The Spanish official was poor and there were decisions in the first half that should really have gone City’s way. Place those alongside the fact that Salah was offside in the run up to Liverpool’s key opening goal in the first leg at Anfield and it is fair to say that City have not had the rub of things over the course of this tie.

Still, it is hard to ignore Liverpool’s pluck and the undoubted quality they have on the ball. Over the course of two games against City, Klopp’s players have only had somewhere in the region of 35 per cent possession but have managed to score five goals. 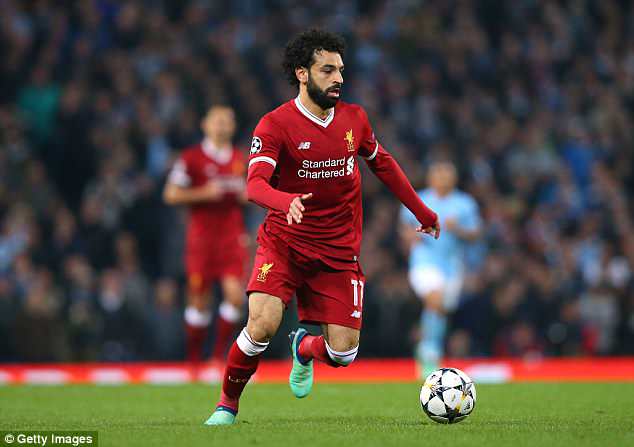 This is because Liverpool have a structure and a rhythm to their attacking play that presents danger whenever they cross the halfway line.

Alex Oxlade-Chamberlain arguably should have scored just before half-time at the end of a shudderingly incisive Liverpool counter and Salah’s goal in the 56th minute came on the back of a couple of minutes of possession designed to create an angle and space for an opening. It was classic modern Liverpool and now they carry this latent threat forwards in to the last four.

During his own post-match analysis, City coach Guardiola complimented Liverpool but also spoke of the effects of a long season on his players. Fair observation.

For Liverpool, energy is unlikely to now be a problem. Adrenaline will make up for any shortfall.