As Mohamed Salah tore Roma to shreds, we were witnessing how winning a personal accolade can raise a player’s game to the next level.

Cristiano Ronaldo and Lionel Messi have won so many individual honours that their self-esteem is through the roof.

Every time they take to the field, you are just waiting for the ball to hit the back of the net. 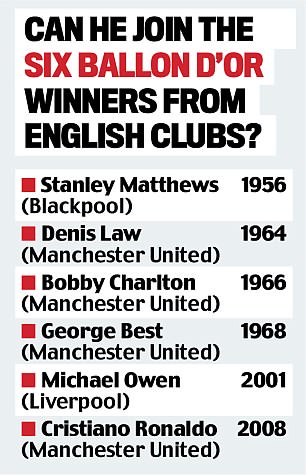 The same is now true of Salah. Fresh from the adulation of his peers naming him PFA Player of the Year, he seemed even more sharp, even more cool in front of goal.

Such was the brilliance of both his goals that I will freely admit I was running round my sofa. You could argue Roma were not at the races, that Salah’s former club should have been better prepared to stop him.

Yet they are not facing the same player they knew a year ago.

This performance was Messi-esque. Both players have very short stride patterns.

With longer-limbed players, it is easier to anticipate their movement but with Messi and Salah it is a case of ‘Now you see me, now you don’t’. They are like tap-dancers as they glide past defenders. As they travel with the ball it seems attached to their feet. 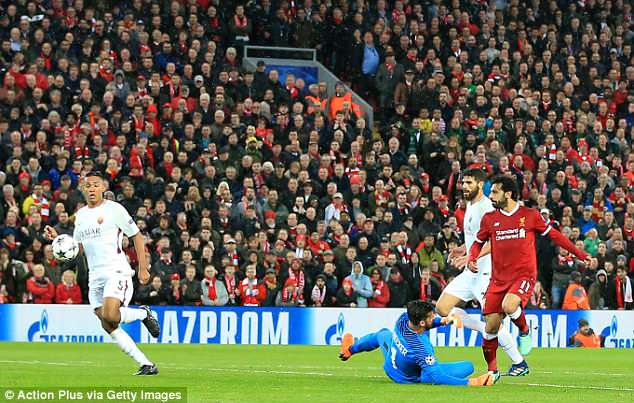 Salah seemed even more sharp, even more cool in front of goal at Anfield on Tuesday night

There is something special about left-footed players at the highest level.

We have seen it with Diego Maradona, Messi and now Salah.

Whenever they open up their body as they shape to shoot, they make the goal seem massive.

Salah is as influential on Liverpool as Messi is on Barcelona. If he continues to score important goals and wins the Champions League, he will establish himself as the top dog in Europe.

Whether that will be enough to win the Ballon d’Or remains to be seen. Messi and Ronaldo are still the greatest. Both are enjoying prolific seasons and have shown remarkable consistency. 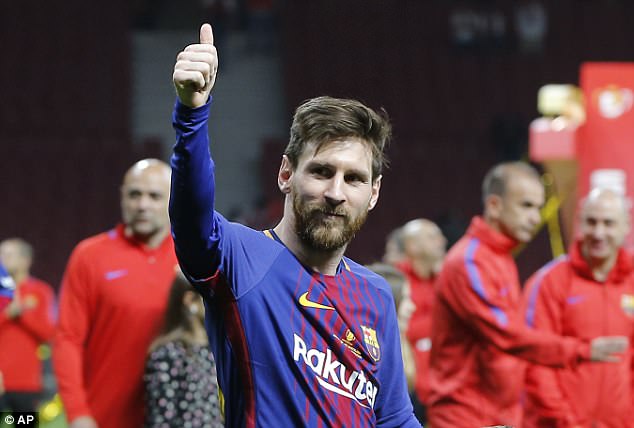 These players have had challengers for this award before in Neymar and Gareth Bale.

While these young pretenders have struggled with injury, Messi and Ronaldo have remained almost ever-present.

Ronaldo in particular is driven by competition for his crown. If Real Madrid and Liverpool meet in the final, expect him to give everything to prove he — not Salah — is the best.

If Salah continues this form and stays fit for the next two or three seasons, I expect him to win a Ballon d’Or. If he can wrestle it from Messi and Ronaldo while they are still playing, it will be monumental.