She never fails to turn heads whenever she steps out.

And Mollie King looked sensational as she made a stylish exit from BBC studios in London on Friday after presenting her radio show.

The former Saturdays singer, 33, flaunted her curves in a pair of high-waisted beige linen trousers with brown buttons on the front pockets.

Stunning: Mollie King looked sensational in high-waisted trousers as she made a stylish exit from BBC studios in London on Friday after presenting her radio show

Mollie stuck to neutrals for her ensemble, pairing her statement bottoms with a tight white top and comfortable white trainers.

The beauty kept her accessories to a minimum by only adding a chic gold bracelet and toting a large black leather handbag.

She wore her sleek blonde tresses down and tucked her locks behind her ears as she battled against the wind while leaving work.

Mollie appeared to be in good spirits as she flashed a smile towards the camera and held onto a large box of beauty products. 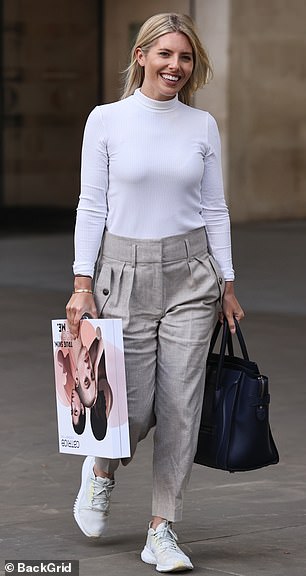 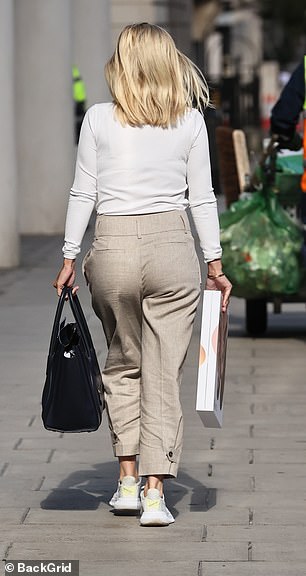 Looking good: The star flaunted her curves in the figure-hugging bottoms and a white top 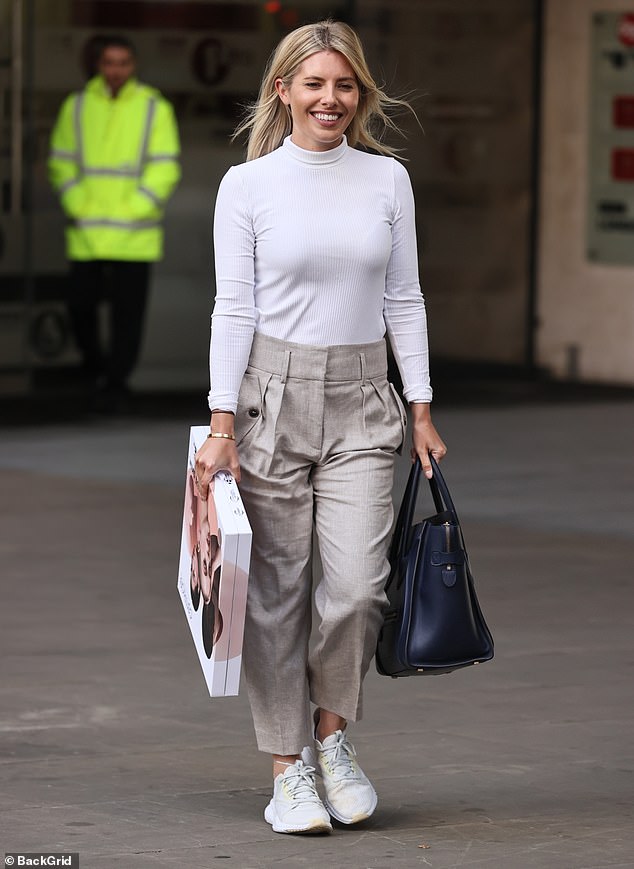 Beauty: The singer turned radio presenter wore her blonde locks down and tried to keep her tresses tucked behind her ears as she battled against the wind

It comes after Mollie put her cricket star beau Stuart Broad’s athletic skills to the test during a tennis match while on their romantic beachside holiday.

The former Saturdays singer, 33, displayed her toned physique and stunning beauty as she basked in the September sun and played against her boyfriend, 34.

She showed her racket skills on Instagram while wearing a white high-waist tennis skirt and apricot-coloured sports bra that complimented her radiant summer tan.

The natural beauty opted for a minimal makeup look and protected her delicate features from the sun with a black Adidas baseball cap. 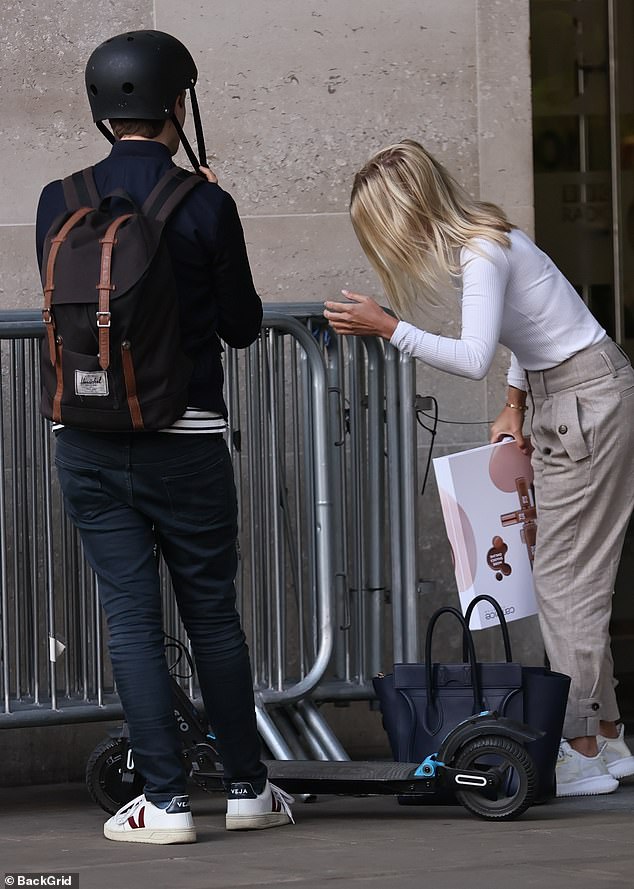 Reorganising: Mollie placed her bag on the floor as she paused and spoke to a man with a scooter

Mollie also wore a pair of black Nike trainers and kept her long blonde bob in a chic straight hairdo.

On her Instagram account, she joked around and admitted that she had failed to beat her athlete beau, but wasn’t giving up.

She said: ‘Good morning, today we’re playing tennis. Haven’t won a game yet, but I’m not letting it hold me back.

‘I’ve also been penalised for talking mid-game..who knows when you’re allowed to talk and when you’re not!’ 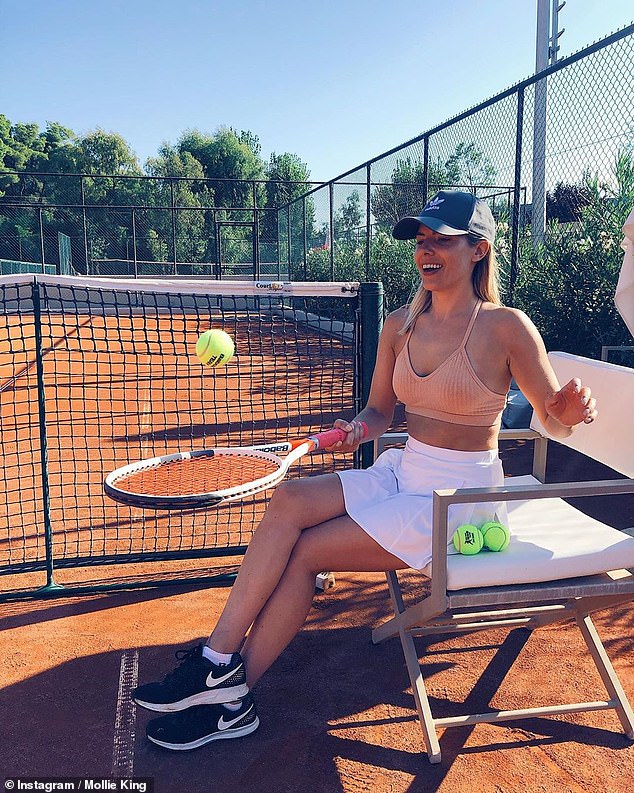 Wow! Mollie displayed her sensational figure in an apricot sports bra and ivory skirt as she played tennis with her beau Stuart Broad during their coastal getaway earlier in September