Mollie King looked ready to seize the day as she made her way to work  with a smile on her face on Sunday.

The 33-year-old former Saturdays star carried a cup of coffee in her hand as she bounded off to work.

Mollie wore a short-sleeved cream top which was buttoned up at the front and featured a plunging neckline.

Stunning: Mollie King looked raring to go as she arrived for work on Sunday in a plunging cream top and matching heels

She paired the top with a pair of heels which complemented her top’s colour as well as a pair of sky blue denim jeans.

A pair of gold hoop earrings also hung from Mollie’s ears and she carried a pink purse in her right hand.

Mollie looked at ease as she headed into her office on Sunday, with her left hand tucked into the pocket of her jeans. 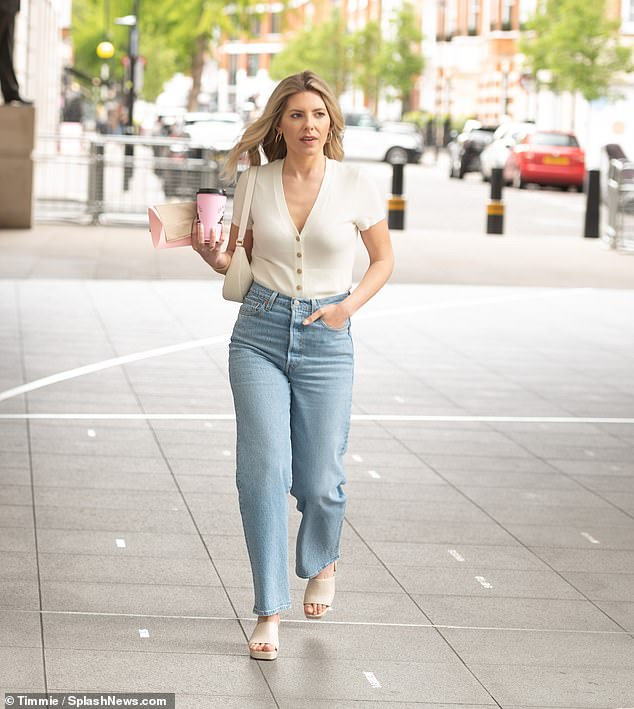 Down to business: The 33-year-old former Saturdays star carried a cup of coffee in her hand as she bounded off to work

Little Mix made history during last week’s BRITs when they became the first girl band to win the title of best British Group after being nominated three previous times.

During their speech, Jade Thirlwall said: ‘This award isn’t just for us, it’s for Spice Girls, Sugababes, All Saints, Girls Aloud, all the incredible girls bands we love you.’

However, Mollie King’s band The Saturdays were not included on the list, so Matt asked about the speech while interviewing Perrie, saying: ‘Is there anyone in there you think might be missing?’

Perrie was quick to assure Mollie she had suggested Little Mix include The Saturdays in their acceptance speech, however the group did not get a mention as ‘everyone was like you can’t stand there and list every single girl band just do four and move on’. 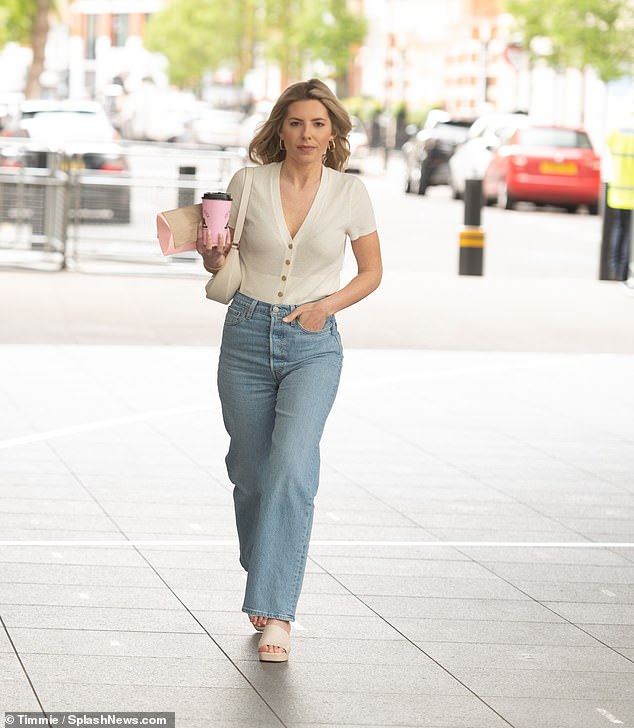 Classy: Mollie paired her cream top with a complementary pair of heels in a similar colour as well as a pair of sky blue denim jeans

Matt said: ‘Hi Perrie from Little Mix! Now I don’t want to make this too awkward. I want to make it a bit awkward but not too awkward. Let’s remind ourselves of the brilliant speech thanking the many giants who came before you.’

He went on: ‘Spice Girls, Sugababes, All Saints, Girls Aloud, all incredible female bands. Hmmm. Is there anyone in there you think might be missing?’

Explaining why Little Mix only said four names during their speech, Perrie told Matt and Mollie: ‘You know what, in the dressing room I did flag this and say we would have to list The Saturdays and then Jade said what about Banarama? What about all the greats?’

The blonde beauty continued: ‘And then everyone was like you can’t stand there and list every single girl band just do four and move on, honestly Mollie I had your back. Don’t you worry.’

Matt then joked: ‘I think that makes it worse. It was considered and they were cut.’ 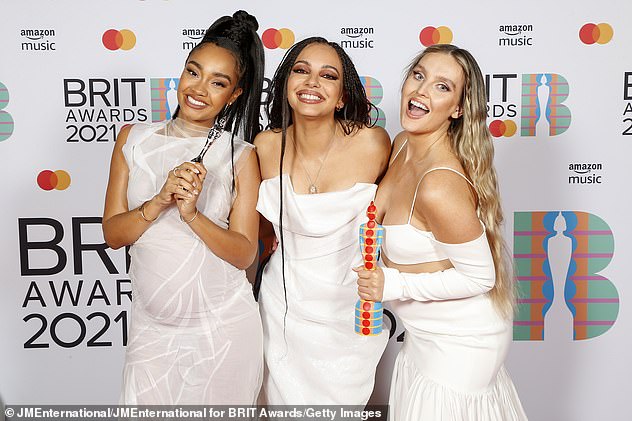 Honest: Perrie Edwards explained why The Saturdays were left off Little Mix’s BRITs speech despite them mentioning  Spice Girls, Sugababes, All Saints, and Girls Aloud