Mom, 23, charged after leaving her three kids home alone when one called 911 for help with YouTube

Iowa mom, 23, is arrested after leaving her three young kids alone at home so she could pick up her boyfriend – and one child called 911 to ask for help with watching YouTube

An Iowa mother was arrested on child endangerment charges after one of her home alone children called 911 asking for help with watching YouTube.

Nataliee Kahl, 23, of Coralville, Iowa, was arrested Monday after authorities said she left her three children — ages one, three and five years old — home by themselves for about 40 minutes on December 14.

Authorities were alerted to the fact that the children were left alone that night when one of the kids called 911 at about 10pm saying that ‘her mom and dad left and she needed help watching YouTube,’ according to court filings obtained by The Smoking Gun.

Police were said to have been inside the home when Kahl finally returned to her brood and allegedly admitted that she’d left the house ‘to go get her boyfriend from a neighbor’s house.’ 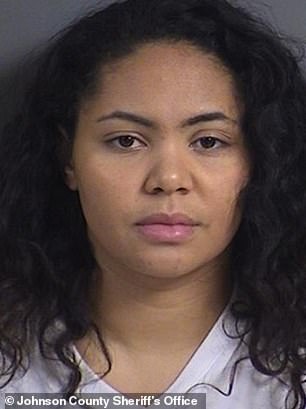 Nataliee Kahl, 23, (left and right in her mugshot) of Coralville, Iowa, was arrested Monday after authorities said she left her three children

Kahl was said to have admitted to police that the children ‘would not be able to take care of themselves’ had there had been an emergency at the home.

Jail records show that Kahl was taken into custody on Monday on the offense of child endangerment without injury, an aggravated misdemeanor. She is apparently out of jail on pretrial release with supervision.

Kahl now faces three counts of child endangerment, as well as possession of drug paraphernalia, due to police finding a glass pipe containing marijuana residue while they were responding to Kahl’s daughter’s 911 YouTube call.

A warrant for her arrest was filed December 14 on because she did ‘knowingly possess drug paraphernalia,’ court records showed.

This isn’t the first time that Kahl has made headlines, though. 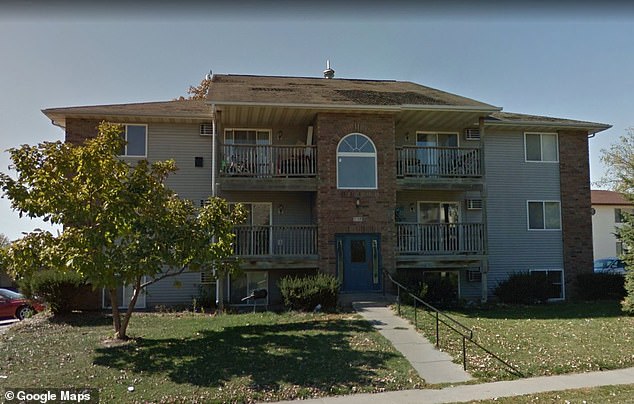 The home where the kids were left by themselves for about 40 minutes at night. Kahl said that she had left them alone so that she could go pick up her boyfriend

In 2015, while she was living in Wisconsin, Kahl’s daughter had to be taken to the hospital after Kahl gave her formula that she had unwittingly mixed with vodka.

At the time, Kahl told WISN that then one-and-a-half-year-old baby’s father, Brian Smith, didn’t tell her that he had emptied a water bottle and poured vodka into it. Kahl then poured what she thought was two ounces of water from that bottle into baby formula and fed it to the child.

The baby became sick, requiring hospitalization. The child’s BAC was said to be .284 — almost four times the legal limit in adults.

Smith was arrested when he and Kahl got into a fight over whose fault the vodka-baby formula mistake was.

It’s unclear if the baby involved in the 2015 incident was the one who called 911 or if Smith was the same man that Kahl had left home to retrieve.